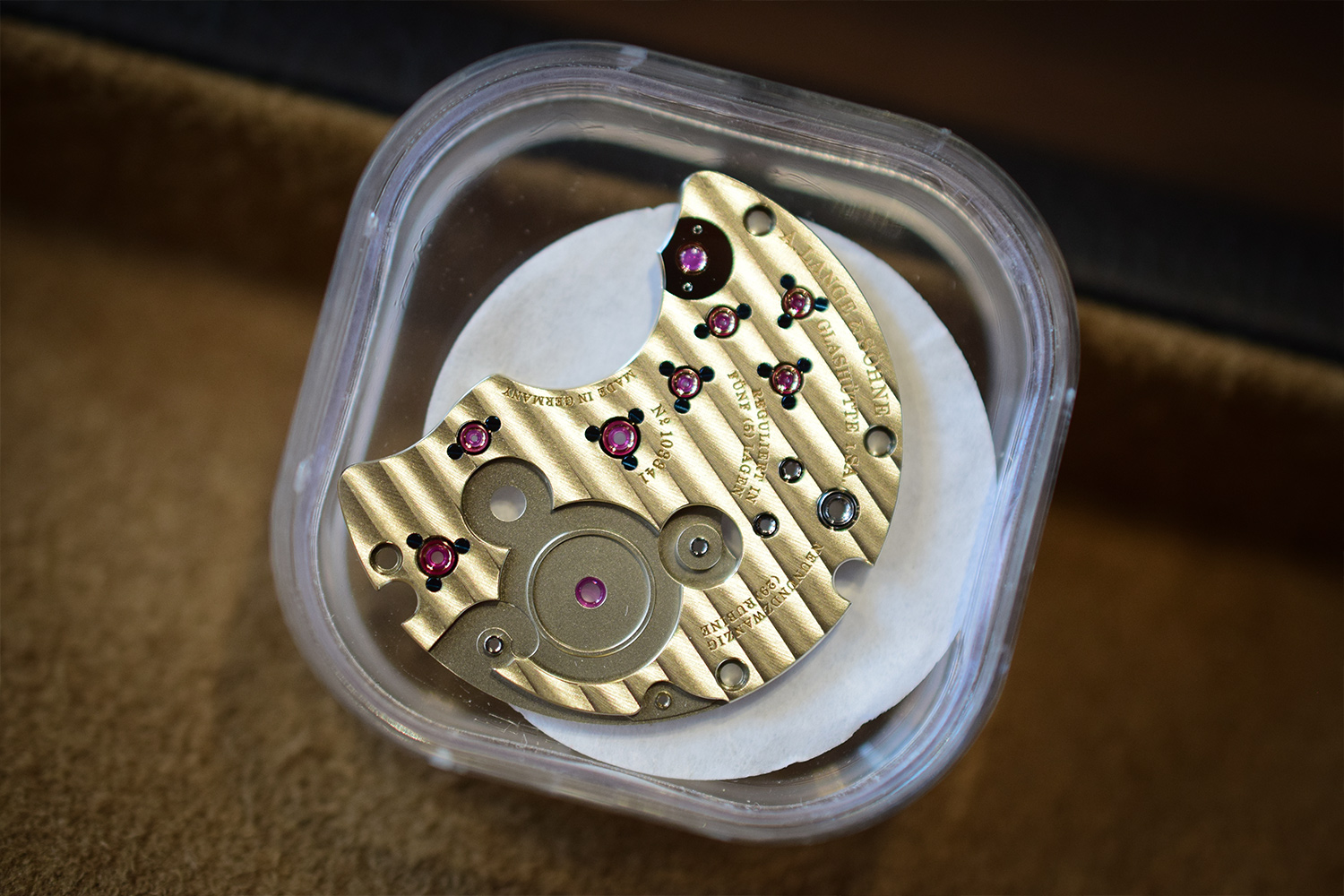 German SilverGerman Silver German silver, also known as nickel silver and Maillechort, is an alloy made up of copper, nickel and zinc. It is called "silver" because of its silver-like color, but it does not contain any silver. It has a distinct color which develops a warm patina over time [Learn More], is high precision silver which is always on time and highly effective at its job and maximizing productivity. Or maybe not… let’s have a closer look in a new addition to our Watch Works column.

What’s in a name?

German Silver is essentially, an alloy consisting of copper, nickel and  zinc. Its more usual name is Nickel Silver and more traditionally called Maillechort. Interesting note: it contains no silver.

Why does it matter?

It matters to Lange, so it should matter to you. Ok ? Es ist so schön! 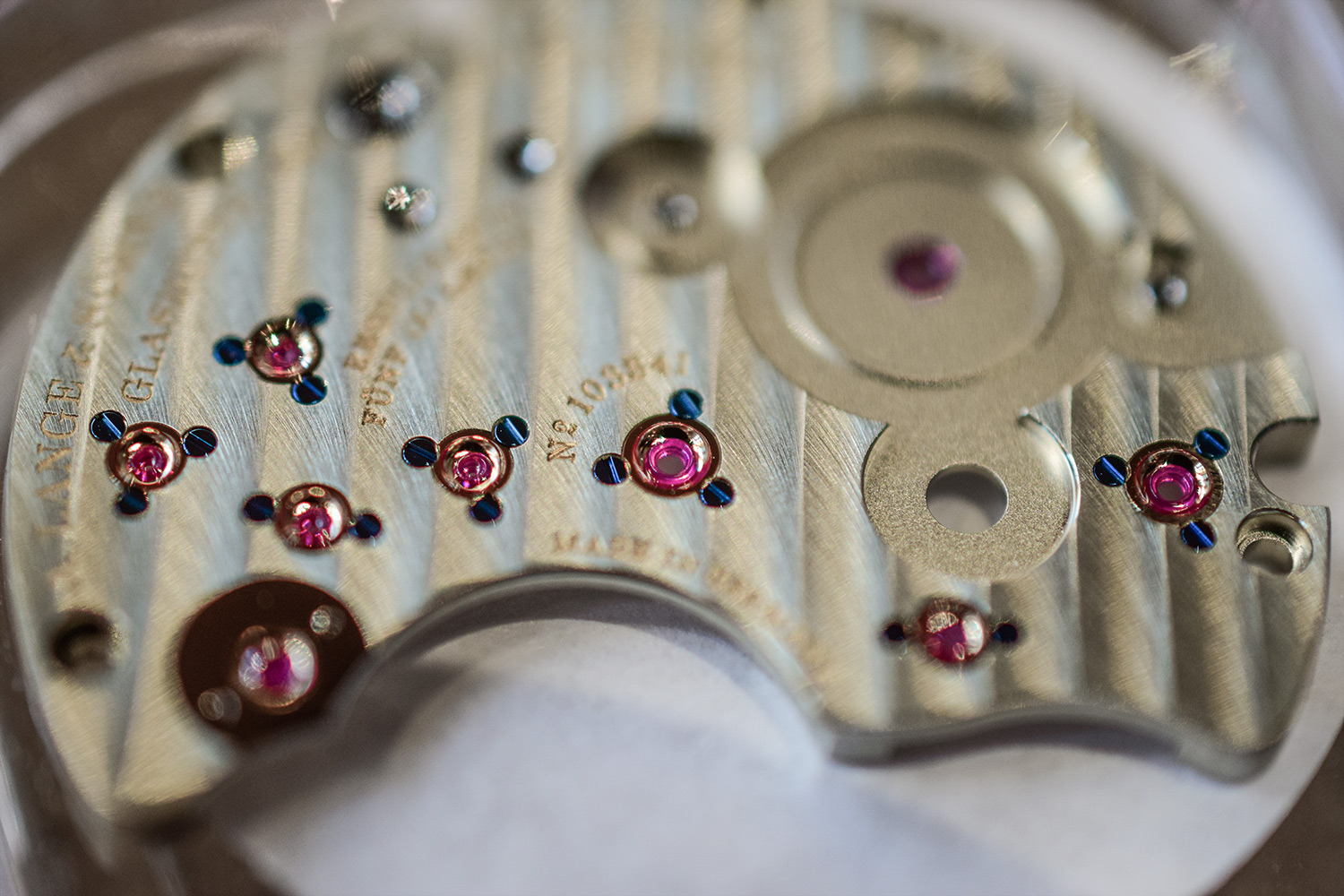 At Lange & Söhne, German silver is pretty much the base material for their movements, in particular the plates & bridgesBridges The bridges of a watch movement are the metal plates that hold the wheels and other components of the movement in place. They are attached to the main plate of the movement with screws. Bridges are used to support the balance wheel, the escapement, the mainspring barrel and other elements. Combined with the main plate they are the foundation of any watch movement. [Learn More]. The traditional brands tend to use brass (rhodium plated) for these parts. Lange in today’s wachmaking industry is thus unique in using German Silver. In the past, others didn’t shy away of using this either.

German Silver, Nickel Silver, Maillechort, has great qualities such as being a workable and durable alloy which also happens to look very pretty. There is no extra plating or coating for corrosion prevention, it’s the raw (and nicely finished) material that you’re looking at and has a certain warmth to it which is its key visual characteristic (it looks like a warm silver, hence the name). Being untreated means that the color of your movement will actually gently change over time, it will patina to a nice honey-like shade. 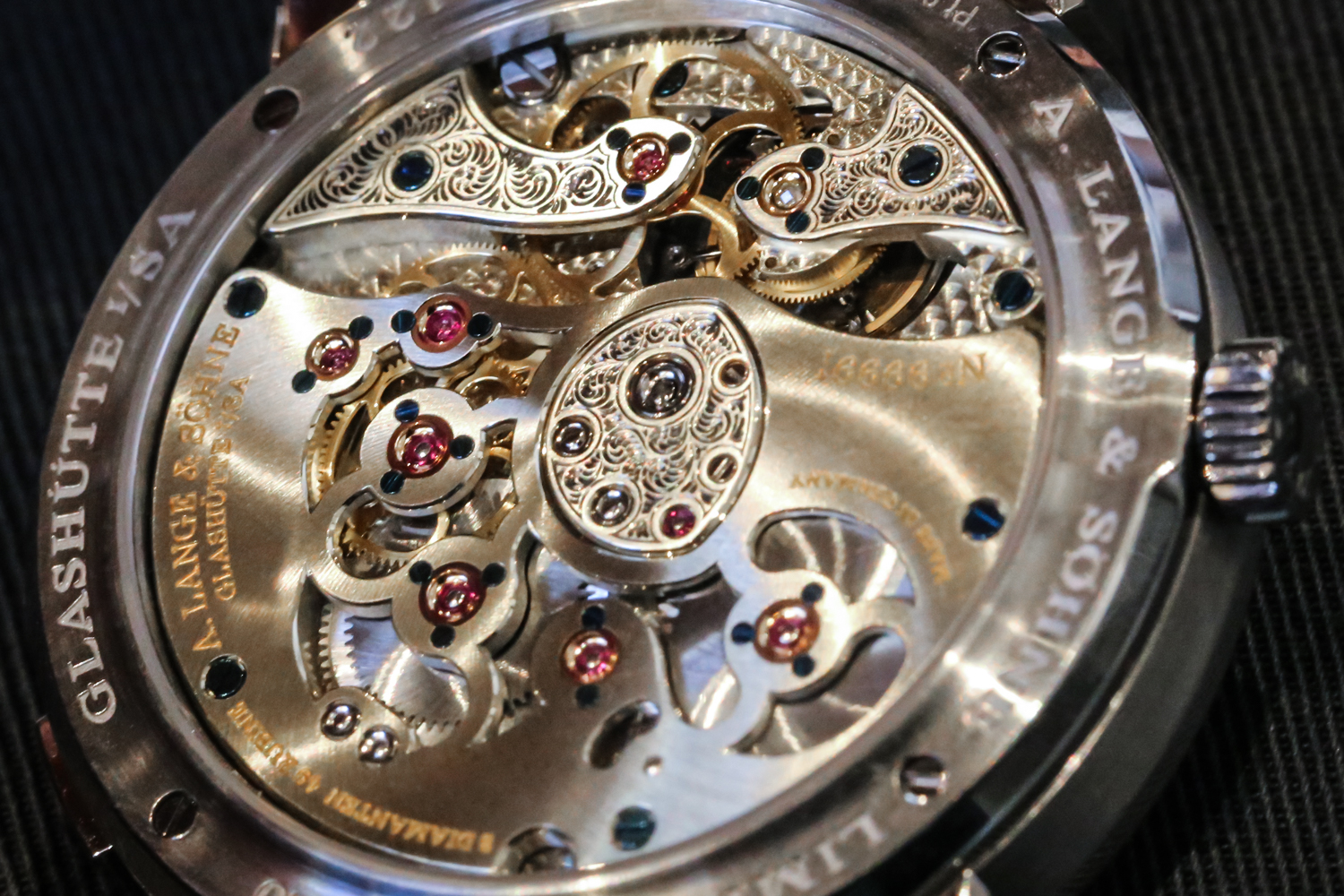 While great to look at, it requires extra care and attention of the watchmaker (i.e. it’s a bit of a p.i.t.a. to work with). One wrong move and you risk tainting & tarnishing the material.