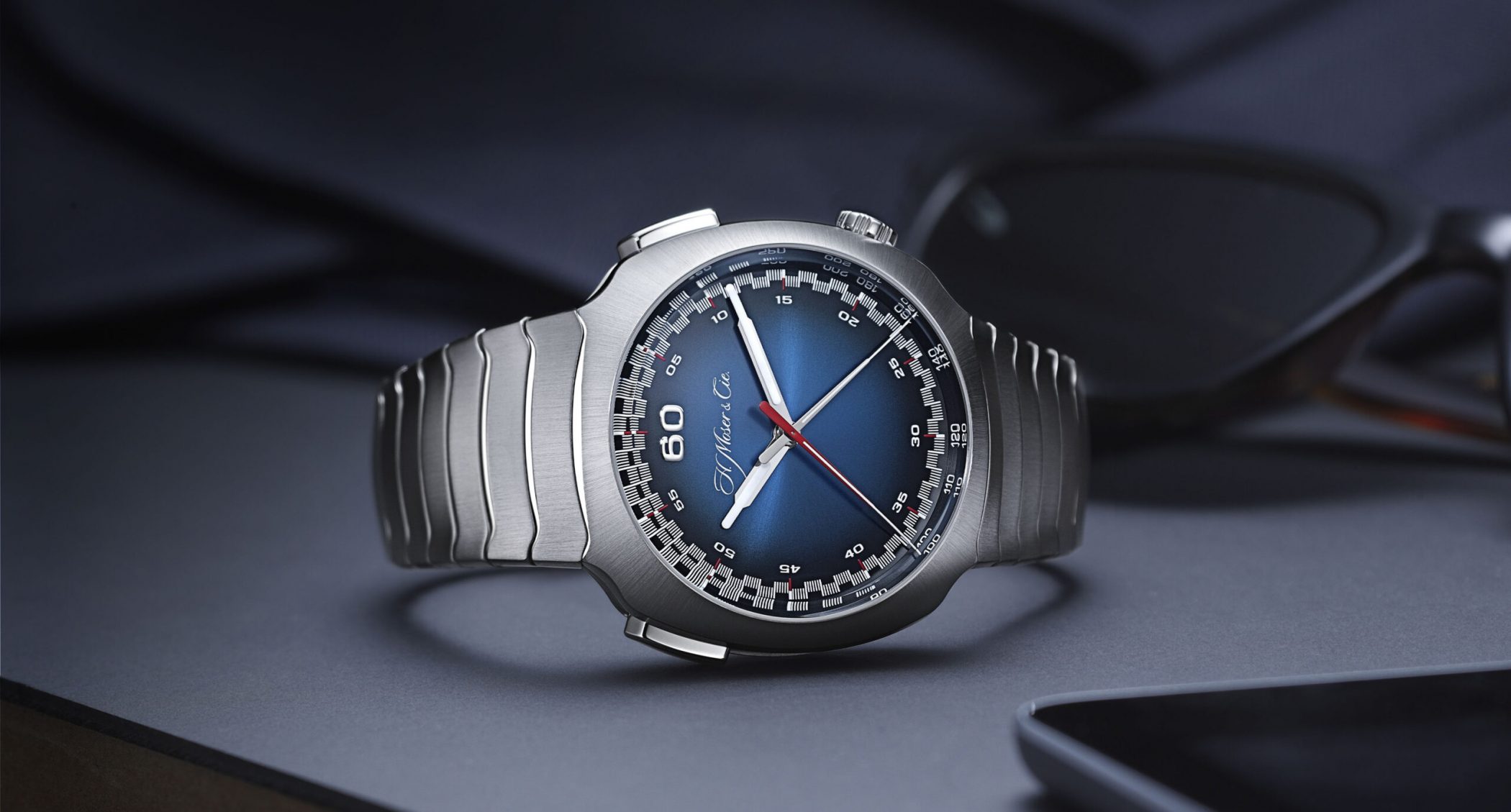 The past few years, a few big name brands have set their sights on creating the next iconic watch. All of which seem to have aimed for steel watches with an integrated bracelet. Hoping perhaps to repeat the success of Patek’s Nautilus or AP’s Royal Oak. Nearly all of these releases left me – yes I’ll say it – rather unimpressed. One of the very few that stood out however, was H. Moser’s Streamliner.

With its unique case design, caliber choice and its unmistakable integrated bracelet design, it has a distinct character of its own. All ingredients to become a future classic are certainly there.

Now H.Moser has decided to spice up the Streamliner collection and added a new variation now with a fumé Funky Blue dial. The dial color that is to my taste, H.Moser’s absolute best and indeed – most iconic. What a beauty.