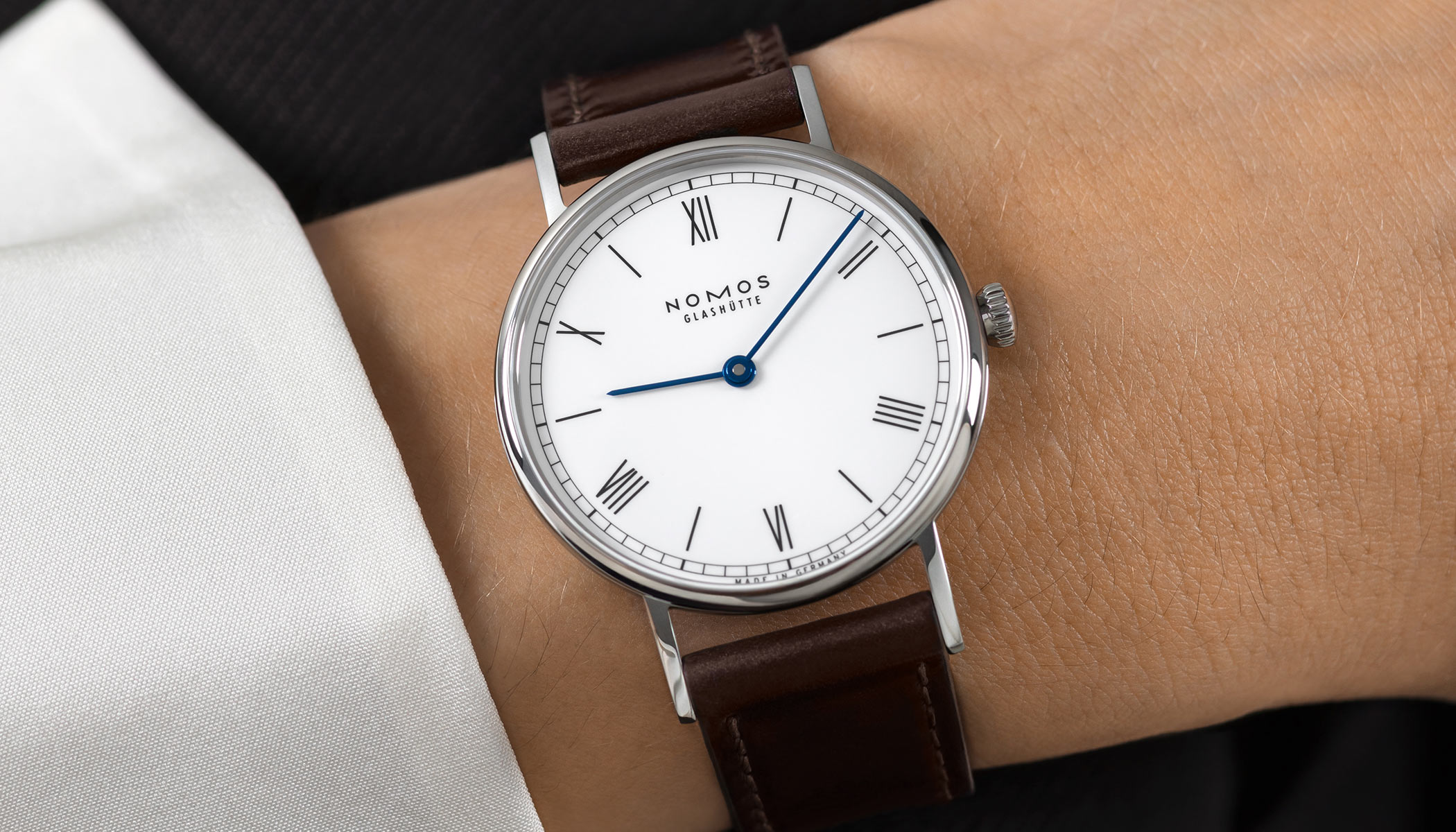 NOMOS has been celebrating the 175th anniversary of Glashütte watchmaking in the most wonderful fashion. By releasing some of the brand’s most interesting special editions in recent memory. You can add these two new Ludwig release to the list of an already very impressive year of releases for the Glashütte based manufacture.

The hands are tempered blue. Both models are powered by Alpha—the caliber that ticks in more watches from NOMOS Glashütte than any other. Three-quarter plate, tempered blue screws, and Glashütte ribbing are all beautifully on show through the sapphire crystal glass. The smaller version is a two-hand model and therefore belongs to the “duo” series, since it tells time in minutes and hours only.

What is even more striking than the above punch added to the already very enticing Ludwig is that NOMOS decided to not increase the price for this celebratory release.