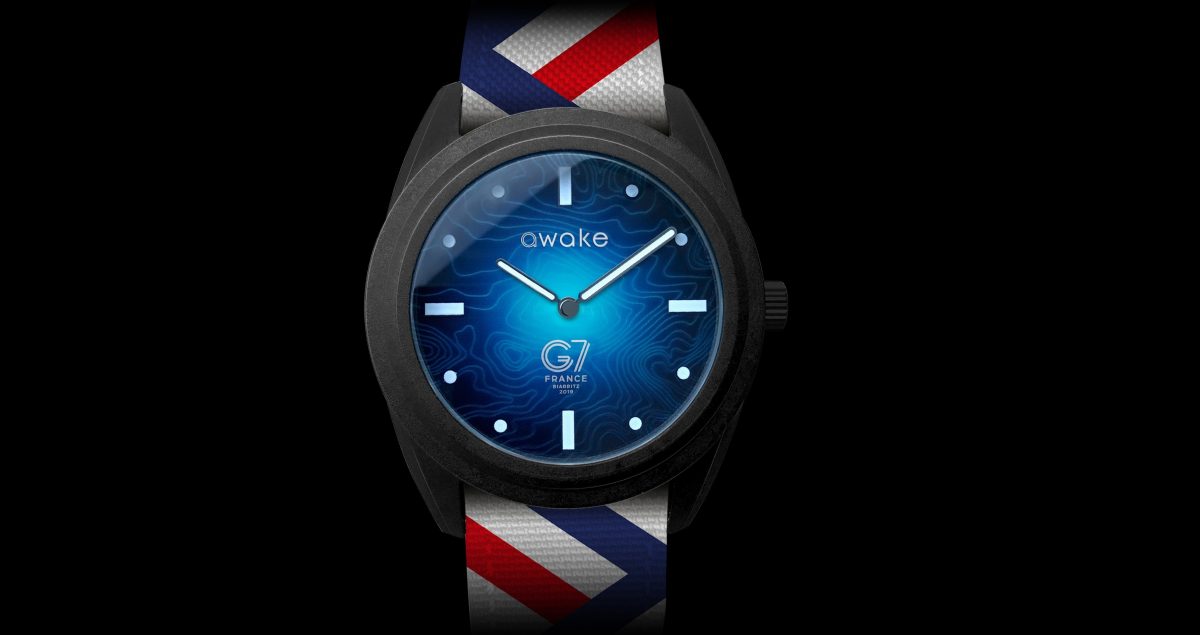 Reading up on the inevitable drama that usually takes place when the G7 leader meet, the last thing I was expecting was to find some fresh Watch related news nestled in there.

At the G7 in Biarritz, President Macron gifted the men and women of power with Awake watches. The Made in France watches that were gifted feature a 38mm case made from recycled fishing nets, a bracelet made from recycled plastic bottles and a Japanese solar movement. Awake was launched just about a year ago following a successful Kickstarter campaign, so that is quite the boost for such a young brand here.

As per Awake “France wants to heighten awareness with G7 participants about the emergency of a group action against the environmental problematics and specifically the oceans-related ones of which the increasing pollution is becoming worrying.”

The brand continues stating “with more than 22,000 tons of plastic waste left in the ocean every day and the formation of plastic continents, maritime pollution is becoming one of the most alerting issues regarding the environment. From this statement, we developed a watch case made with used fishing nets, transformed in raw material. More than 6 months were necessary in order to obtain a beautiful yet resistant enough material.”