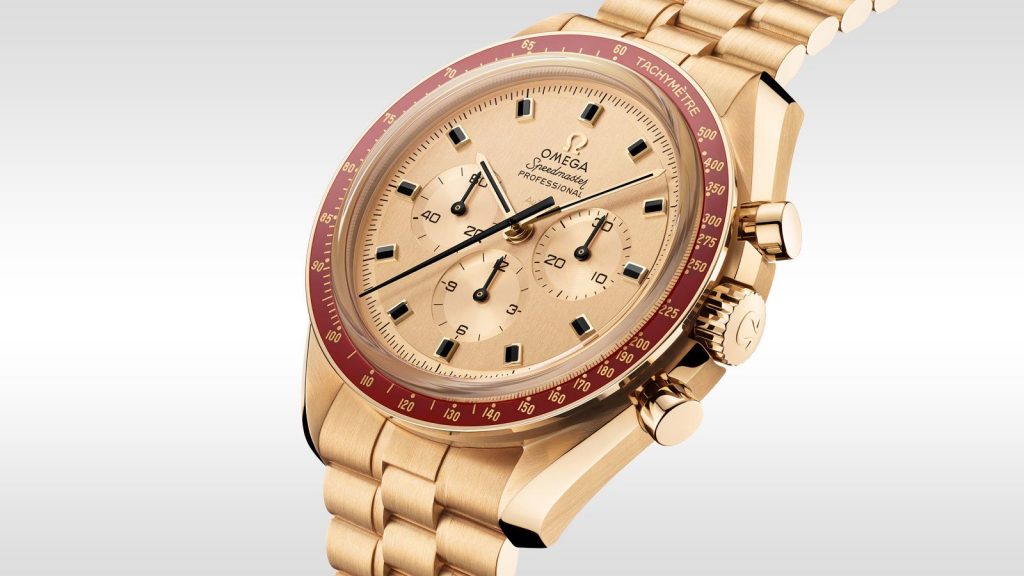 This is a very familiar sight to our loyal readers, no doubt. As we have covered the original ‘Speedmaster Professional Apollo XI’ on the website in a hands-on article right here.

As per Omega ‘Four months after Apollo 11 reached the moon in 1969, OMEGA held a special “Astronaut Appreciation Dinner” in Houston, Texas, where the gold Speedmaster BA145.022 was presented to NASA’s astronauts. Only 1,014 of these models were produced between 1969 and 1973, and they remain hugely sought-after by collectors.’

Anyone who’s read my hands-on review of the original knows that I love – L.O.V.E. – that release. Yes it is yellow gold and no I don’t look quite right wearing it, but who cares, it is one of very few yellow gold watches I’d rock without giving it a second thought.

Now the re-release of this limited edition, also comes in the same 1014 numbers. And looks almost exactly the same as the original based on the press release pictures.

Differences exist of course, firstly it is made in a new alloy which they call 18K Moonshine (trademark) gold. The bezel is in burgundy ceramic. The watch is powered by the “OMEGA Master ChronometerChronometer A chronometer watch movement is a high-precision movement that has been certified by an official organization, such as the Swiss Official Chronometer Testing Institute (COSC) or other similar bodies, as meeting certain standards of accuracy and performance. These standards include requirements for the rate of the watch, its resistance to temperature and other environmental factors, and its power reserve. Chronometer watches are tested for several days, in different positions, and at different temperatures to ensure their precision. [Learn More] Calibre 3861 – complete with burgundy markings and several 18K Moonshine™ gold parts” 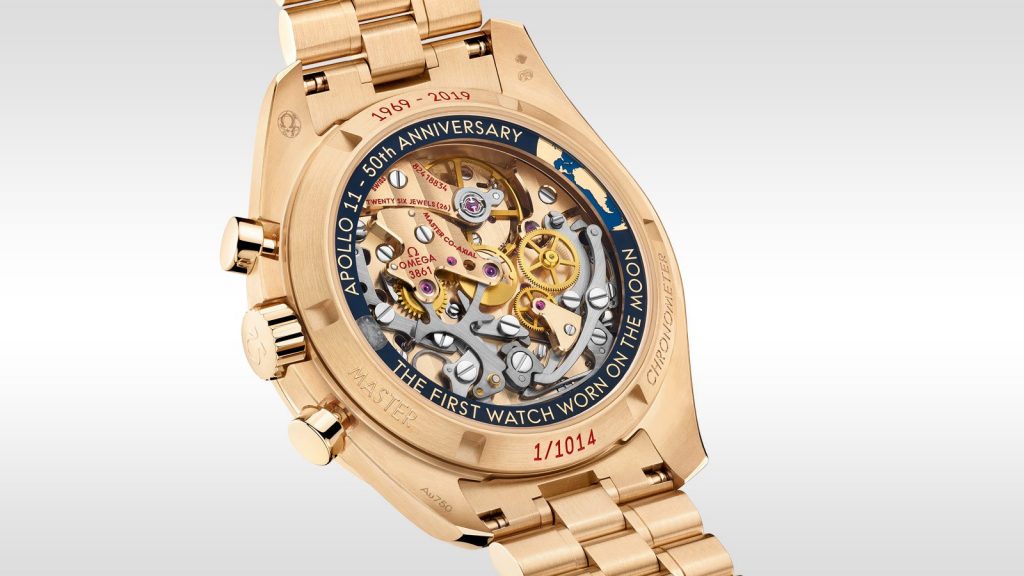