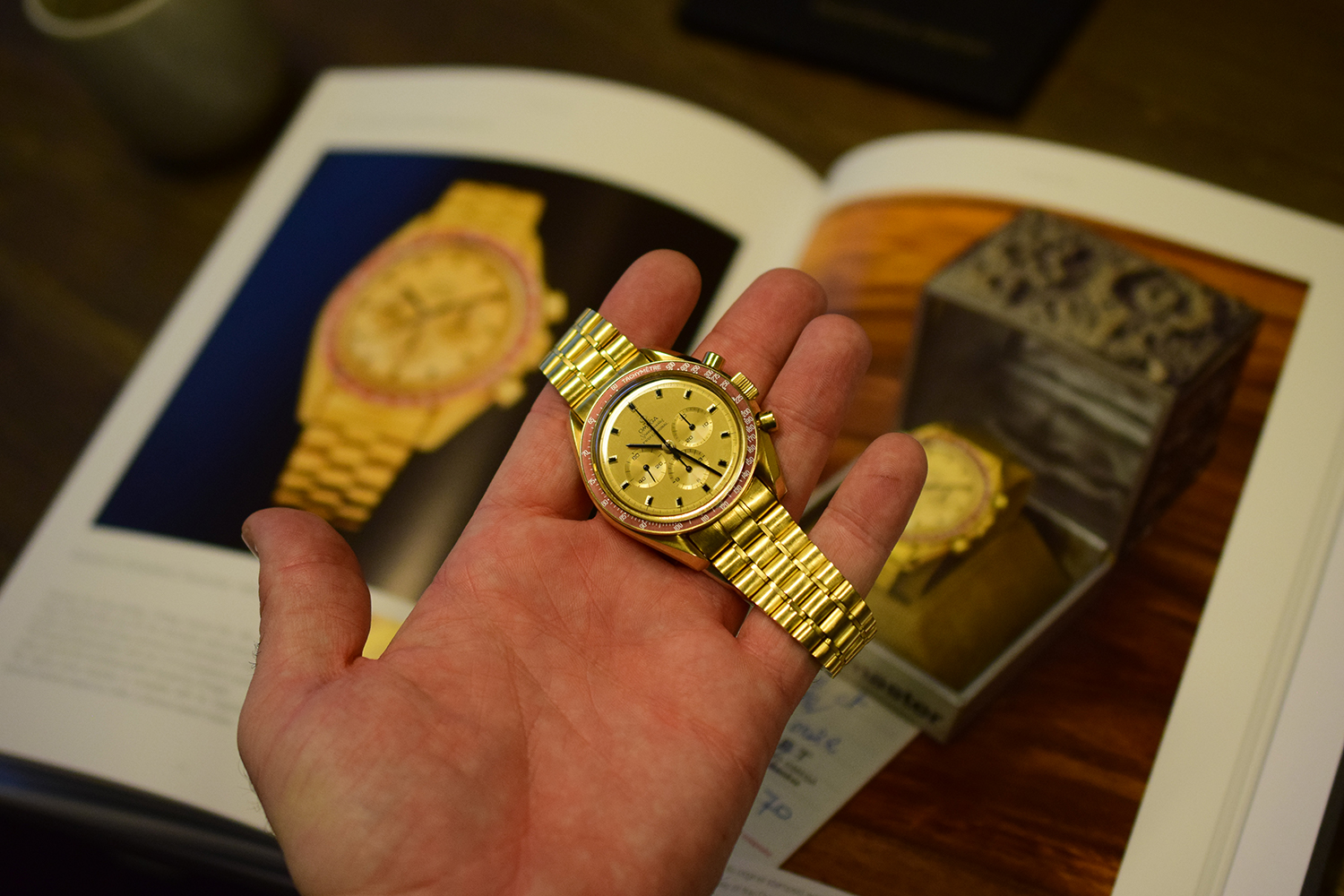 When Omega came up with this particular watch to commemorate the Apollo XI success, they must have thought: Go big or go home. And so they went big, very big. The one Moonwatch that is allowed to be in yellow gold is in my mind this very watch. It does not fly below anyone’s radar, it’s loud, it’s ‘wrong’ yet in its entirety, so very very right. I call it the ‘Baller edition’, but that’s just me. While I’m very used to the standard Speedy Pro, this is an entirely different animal.

This particular edition was  created in 1969 to commemorate Apollo 11’s successful Moon landing which occurred in that same year. Of the 1014 which were made, nearly 40 of them were given to the people that made it all happen (including the President & Vice President at the time). That leaves a little under 1000 of these that have found their way to the general public. So let’s see what this watch has to offer. 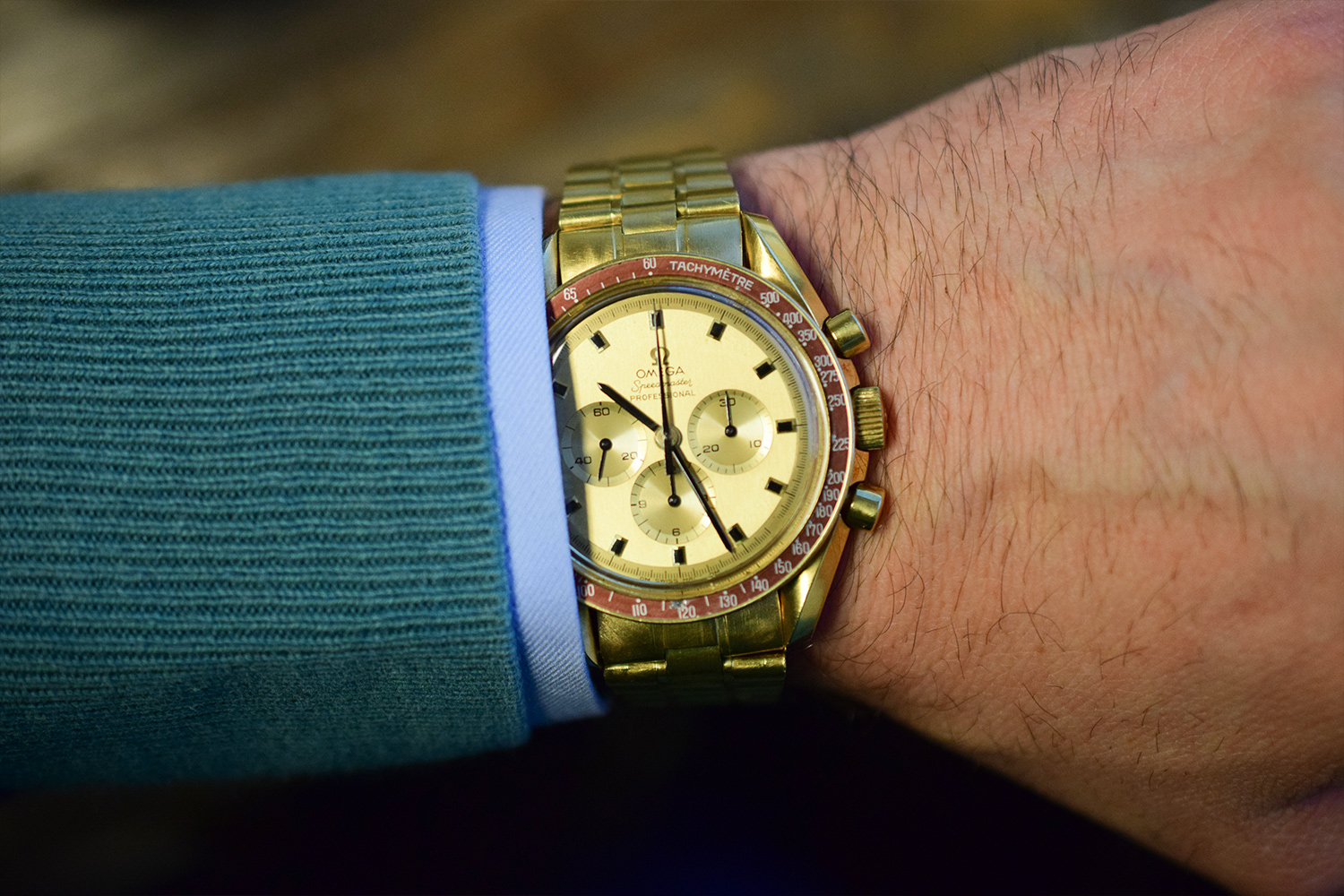 First of all, let’s start with that 18K gold bracelet, it’s just bonkers. It has a slight brushed effect to it, which really works with the gold color. In addition, it has a very old-school taper to it, I wish they’d bring that back to the modern steel iterations of this watch. Moving up, you immediately notice the bezel. The bezel shows a dot over 90 and has a warm burgundy color. It works very well with the gold extravaganza happening everywhere else. Finishing of the case are the lugs, they are finished the same as on the steel version, with both brushed & polished surfaces. The case-back is plain finished with the message “Omega Speedmaster – Apollo XI – The First Watch Worn On The Moon”. It also shows a number inscribed on the back, this is simply the number of the particular watch within this numbered edition run. 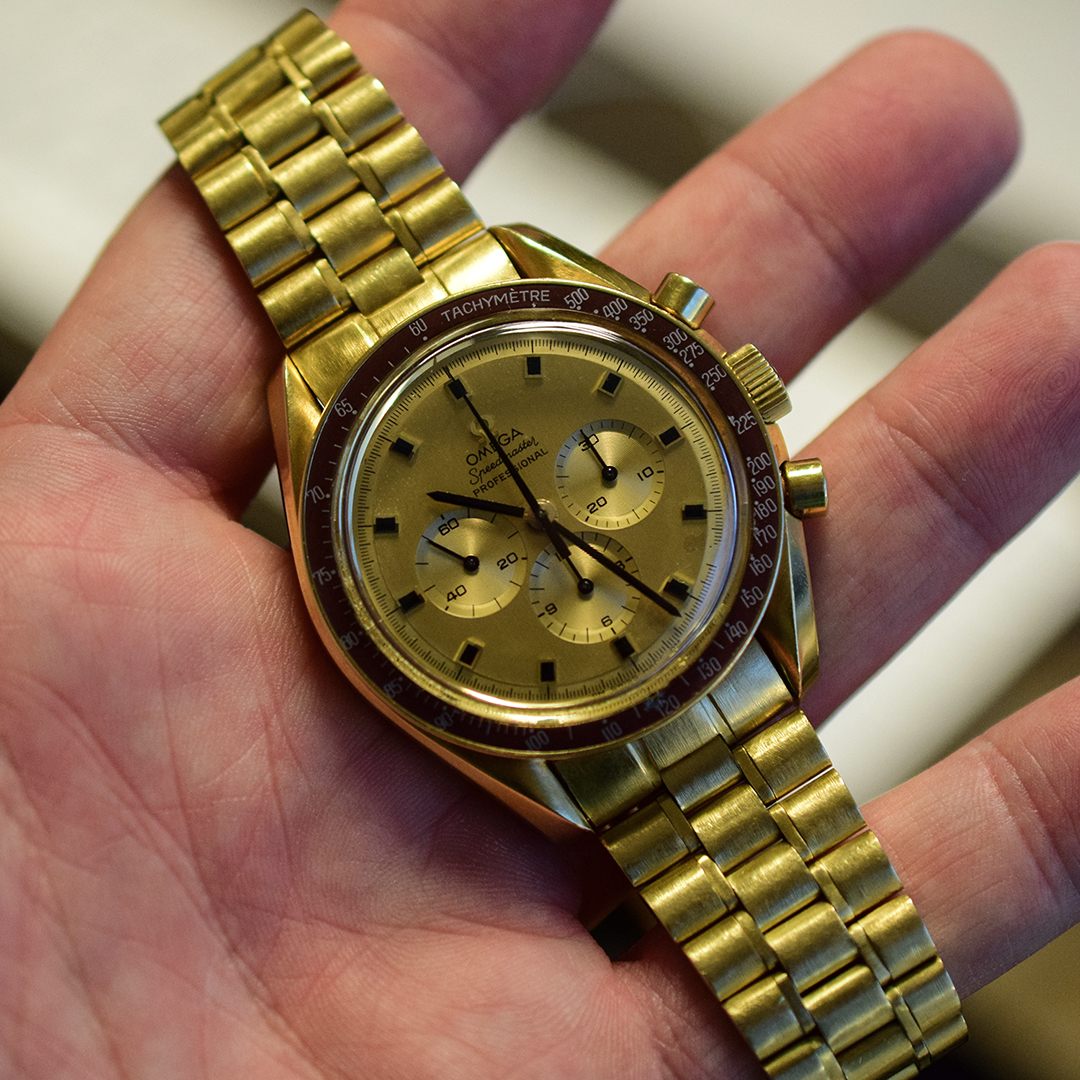 The dial itself is also shining brightly in gold, and what stands out most are the fat hour markers. The black indices are nicely applied to the dial and have gold trim. The hands are also in matching black. No lume present on this dial. Looking closer, you’ll notice the nicely stepped dial & subdials, something that modern speedmasters are lacking.   To finish things of, the Omega Logo is also nicely applied to complete an overall dashing dial. 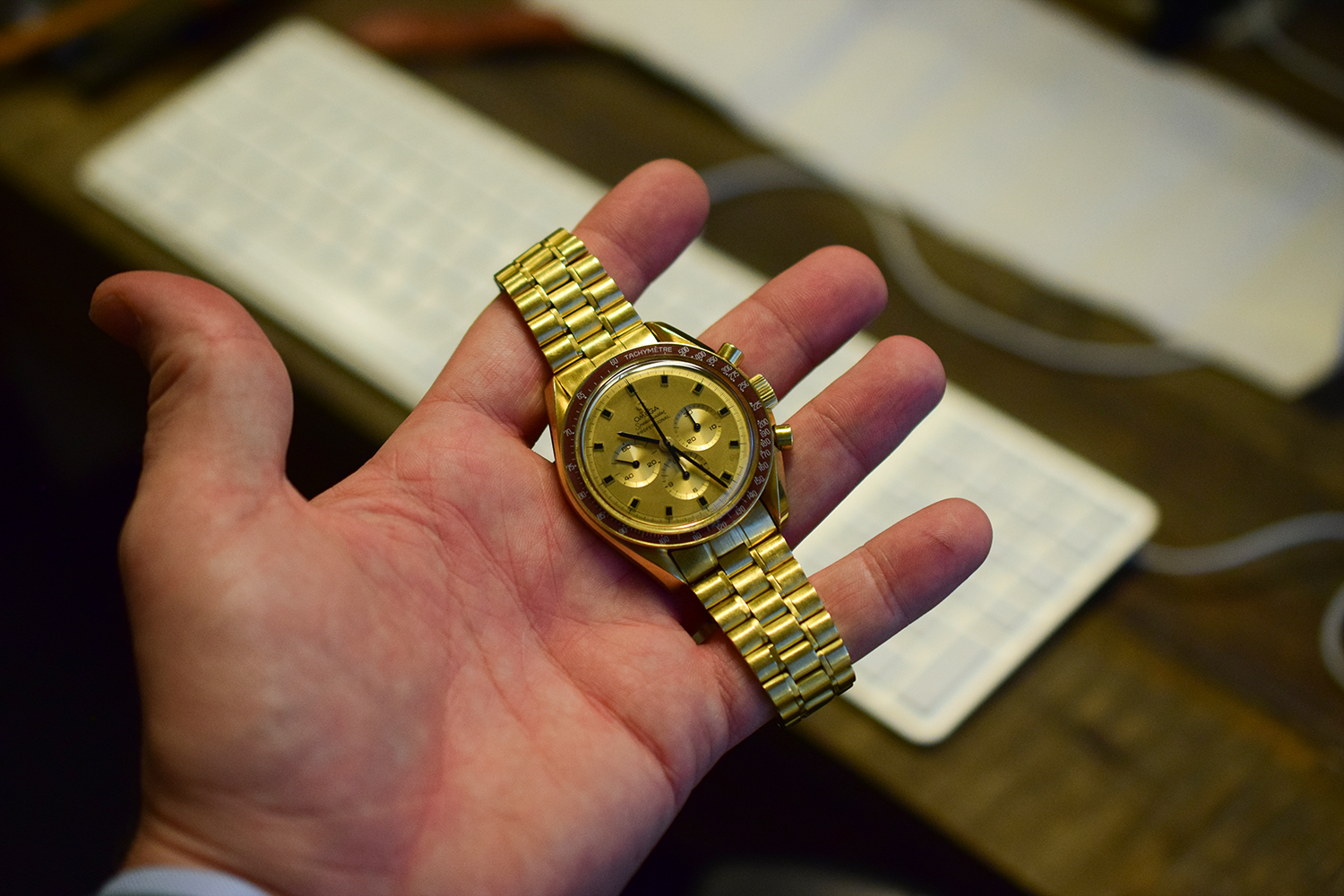 Other than a different base material & unique dial design, the watch shares the same case design and movement as the moonwatch at the time.

Huge thanks to @WatchWalker for this chance to finally go hands-on with this Speedmaster. Thanks as well to Watch Works Haarlem for providing us with a safe haven to have our watch meet.