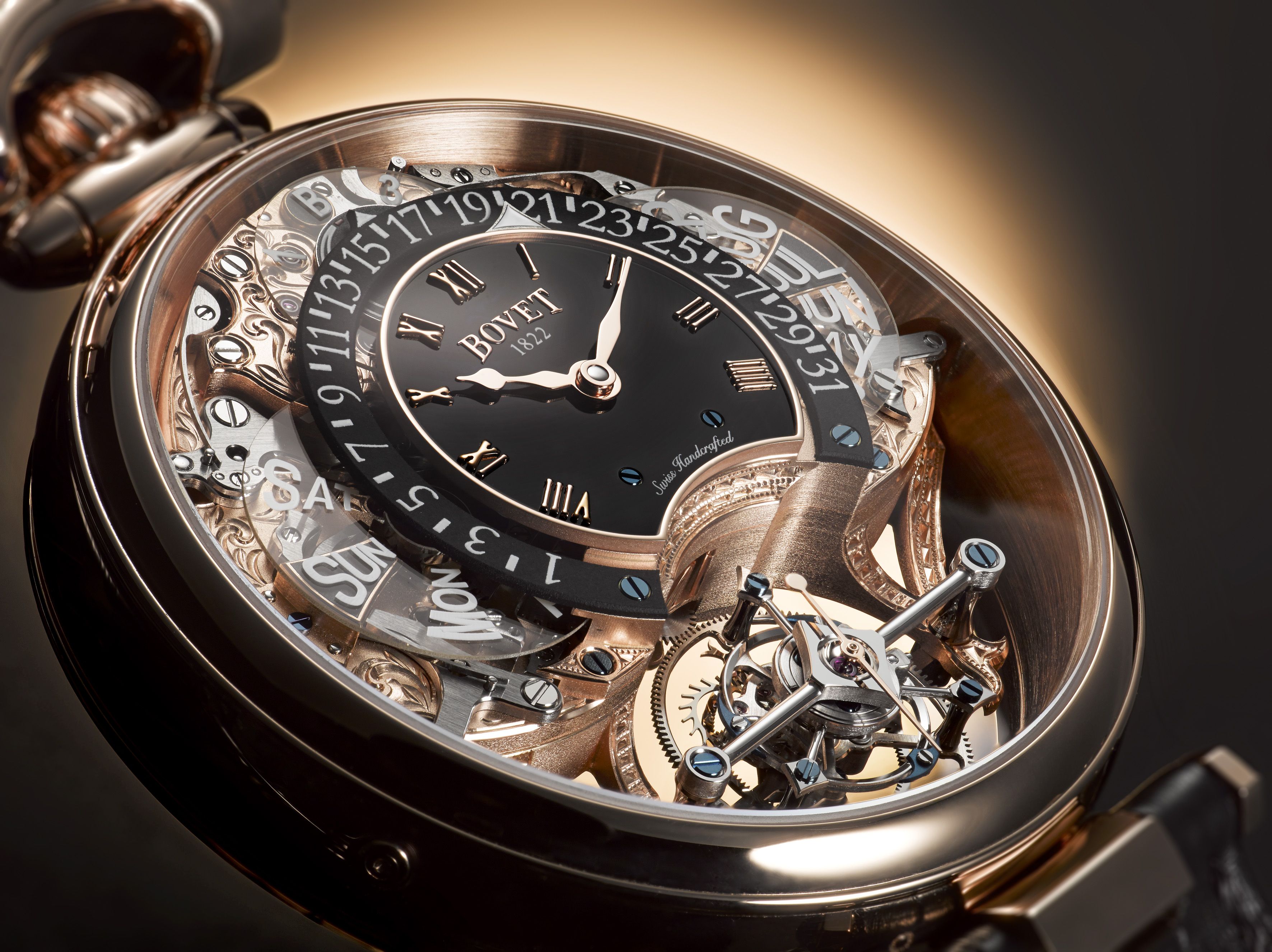 A TourbillonTourbillon A tourbillon is a complication in a mechanical watch that is designed to improve the accuracy of the watch by compensating for the effects of gravity on the balance wheel and escapement. It consists of a rotating cage that holds the balance wheel and escapement, which rotates on its own axis once per minute. This rotation helps to average out the positional errors caused by gravity, making the watch more accurate [Learn More] is the gravity defying engineering feat of the watchmaking world. Or is it?

The Tourbillon was initially invented by Breguet at the turn of the 18th Century. Its purpose is to cancel out the effect that gravity has on the accuracy of your watch.

How does it work?

It tries to achieve this by rotating the escapement and balance wheel in all possible directions. This aims to solve that age old issue many watch enthusiasts try to answer every day before bedtime: Shall I store my watch crownCrown The knob on the outside of the watch that you typically use to either wind the mainspring or set the time [Learn More] up, crown down or flat? Because depending how you put it to rest, the rate accuracy will vary.

For what it’s worth, as it rotates the cage fully in 60 seconds in many cases, you’ll also see it often (though not always) used as a very complicated subdial that shows the passing seconds.

A Tourbillon in a wristwatch, if not for accuracy, then why? Simply put, it is an incredible engineering & watchmaking marvel to behold. To be able to create a watch with a beautifully functioning Tourbillon is a sign of watchmaking mastery*. You could call it a badge of honor, so to speak, for the watchmaker (and extra bragging rights for the wearer).  And that alone, is more than sufficient to justify their existence. It is mechanical art, right there in a tiny little watch. For a purely rational mind, a tourbillon should make no sense (a ‘simple’ chronometerChronometer A chronometer watch movement is a high-precision movement that has been certified by an official organization, such as the Swiss Official Chronometer Testing Institute (COSC) or other similar bodies, as meeting certain standards of accuracy and performance. These standards include requirements for the rate of the watch, its resistance to temperature and other environmental factors, and its power reserve. Chronometer watches are tested for several days, in different positions, and at different temperatures to ensure their precision. [Learn More] watch, is more accurate and at a fraction of the cost). Luckily, most of us are emotional creatures, and we can be completely captivated by the horological wonder that is the Tourbillon. Also, lest we forget, the strict rational minds out there, likely don’t wear a mechanical watch to begin with..

The careful reader has seen a little * in the previous paragraph. Tourbillons are no longer limited to the select Masters. Those days are over. Nowadays, Tourbillons can be mass-produced and can be purchased by brands as ébauches. This has resulted in Tourbillons now becoming available at a much lower price than they used to command.