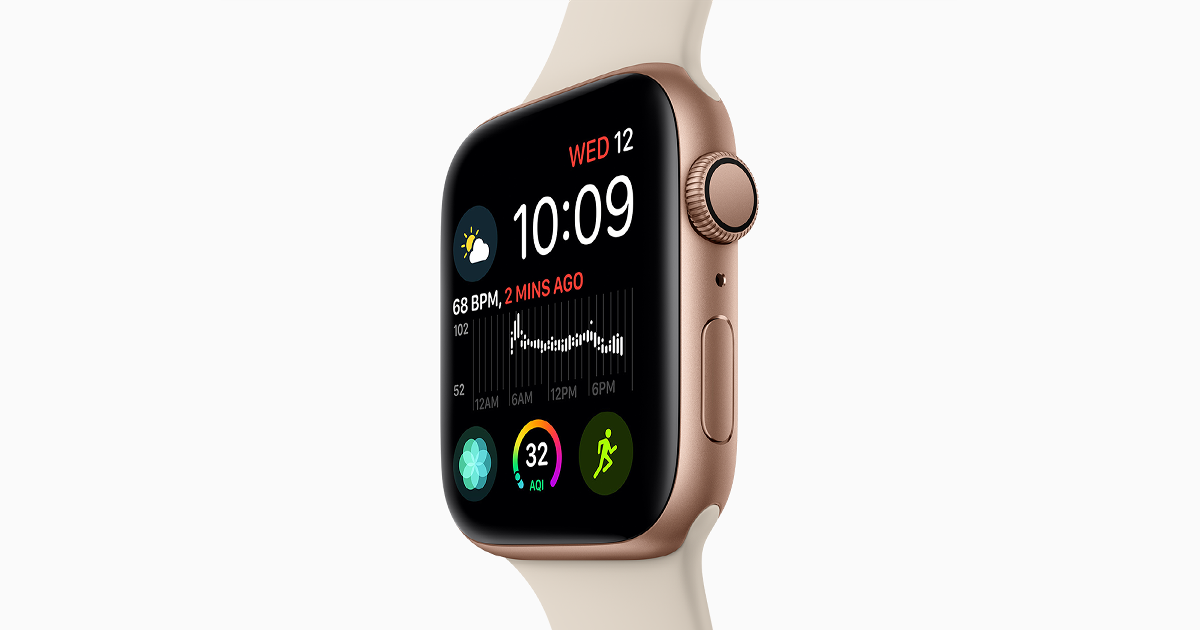 In case you hadn’t noticed yet, the Apple Watch recently received an update. The Apple Watch Series 4 has already been extensively covered with the usual (both positive & negative) hyperbole around the web.  As it has quite a bit going on for Sports, I have been eyeing one for quite some time now. So far, I haven’t taken the jump yet. With the new release, I figured, why not jolt down my thoughts here, as it could prove useful for any prospective buyer out there. As per usual, this is not a review. As it stands, I want to buy one, but I can’t. Read on why.

The Apple Watch from my perspective is a good thing to happen to the watch industry (often caught napping). First of all, the majority of the people I know who wear an Apple Watch, didn’t wear a watch until then. That in itself, is a good thing. The ones who did own watches before wearing an Apple watch, simply added it in their rotation for a specific function. Nothing wrong with that either. I’m currently in the latter camp where I am looking to buy a specific watch for a specific need, and that is Sport. If you are looking at the Apple Watch Series 4 watch for Sports (running in particular), then read on.

The Apple Watch is often (incorrectly, in my opinion) compared to mechanical watches. I simply don’t think there’s any comparison. There will never be a vintage market for Apple Watches, they don’t find their way to the vintage market, they find their way to the junk yard. You will never hand down an Apple Watch, you will throw it away at some point. A Mechanical watch is an emotional purchase, an Apple Watch is a practical purchase. So from my perspective, they are an alternative to the current Sports Watches out there which have the exact same characteristics. The Sports Watch crowd is used to upgrading these periodically, they are aware they won’t be passing these down to the next generation. What is expected is functionality & reliability.

While the entire US is up in arms over the health focus of the Apple Watch. It does absolutely nothing for me. You want to know why? Because its latest upgrade to it is simply not available in our market. That fancy ECG app? Not available. That (potentially very useful) emergency call home button? Not available. Oh and that thing where you can actually phone with your watch since Series 3? Still not available either.  We’re based in Brussels, the capital of Europe, not a remote island by any stretch, and this market does not even have the cellular model available as an option. Not that this is Apple’s fault, don’t get me wrong, just giving some perspective. And by those limitations, the Apple Watch is then mainly an activity tracker, a digital watch, a sports watch. Not a clinical health oriented watch and certainly not a convenient way to call home. And therefore, also most certainly not an alternative to carrying your phone around. What I’m also saying is, that despite not having any of the above functions, I’m perpetually considering to buy one.

As said, it is for the sports functions that I would potentially want to add one in the mix. I simply want a nice enough Sports watch to upgrade from my not terribly pretty yet extremely practical Garmin Forerunner. Just have a look at what’s out there for Sports watch models, it is not a pretty sight (There are a few very nice ones, but they also cost twice  the price of an Apple Watch). In the price category that the Apple Watch sits, it is a very valid option for a Sports Watch. In fact, in that price category, the Apple Watch is almost a no brainer as a Sports Watch for a lot of amateur runners out there for example.

Note that Apple does want you to wear the watch all the time though. They have the whole ‘closing the loops’ by staying active going on. This of course loses its reason of existence if you don’t wear the watch regularly and only when doing sports or a specific activity. So I guess the activity tracking function is also lost on me. Yet I still think that it’d make a great Sports Watch alternative.

So what’s left is essentially, a very polished Sports Watch.

Reliability with a Sports Watch for running, essentially boils down to: Battery life, accurate GPS, no system crashes, more battery life, and then some extra battery life.

The Apple Watch has proven to have a well enough GPS and stable OS. All that is left, is battery life.

The Series 4 is not much different from the previous Series 3 from the Sports perspective. That Series was almost perfect to buy for the sports I intend to wear it for (Running & Rowing). The one thing, which unfortunately has not been improved, is the battery life. And that is sadly in real life, with GPS on, around a good 5 Hour mark. Battery life is absolutely crucial for a Sports Watch. I can take a Garmin with me for a week, no charger, and still get a few runs out of it before needing to charge it. That is very practical.

There are plenty of times where 5 hours is simply not enough for Sports. As an example, a casual long distance runner may easily be out running for a good 4 hours. Let’s say it is race day and you’re heading for a Marathon.  By the time you get to the starting blocks, you are already out and about for quite some time. Add to this that the vast majority of the casual runners (which would be the more likely ones running with an Apple Watch) will cross the finish line after the 4 hours. The risk to run out of battery is no longer a risk but rather a fact.