Today we are going to look at a complex mechanical watch movement and attempt to explain it simply. We focus on a few key components of the movement which are often mentioned. So the next time you read about a watch and its movement, you’ll know what they mean. The movement under the loupe is the Perpetual Calendar Calibre HMC 341 from H. Moser & Cie.

The mainspring is where the watch gets all its power from. The main spring is housed in what is called the barrel. In the background of the below picture you get a glimpse of parts of the gear train which is in connection with both the mainspring & escapement (more on the latter below). The gear train constitutes more or less of the wheels & bits between the mainspring and the escapement module which make sure that the force of the mainspring is transferred to the balance wheel and the hands turn to tell time:

Pictured above is a single barrel being placed on the mainplate, the foundation of the movement. If more power is required you can have more than one barrel. In the case of the HMC341 you have a double barrel. And this leads to a whopping 7 day power reserve:

When the click is pulled back, e.g. during servicing, the mainspring will unwind itself and the watch will remain without power.

There are a lot of moving parts in a watch movement, and where there is movement there is friction. In order to reduce friction you will find jewel bearings in a movement. These are rubies in this particular case and they are cradled in ‘chatons‘:

With the chaton now set in place, a close-up follows of a ruby which is about to be nested in the chaton. The metal structure is the bridge, but more on that below:

In the little hole of this ruby donut, a spindle will spin away and experience the least amount of friction possible:

As briefly mentioned, the metal structure pictured above is called a bridge. A bridge is used to help secure parts to the mainplate. One watch movement can have multiple bridges:

Bridges & screws go hand in hand. Hereunder a close-up of the different types of screws you’ll find holding the calibre together: 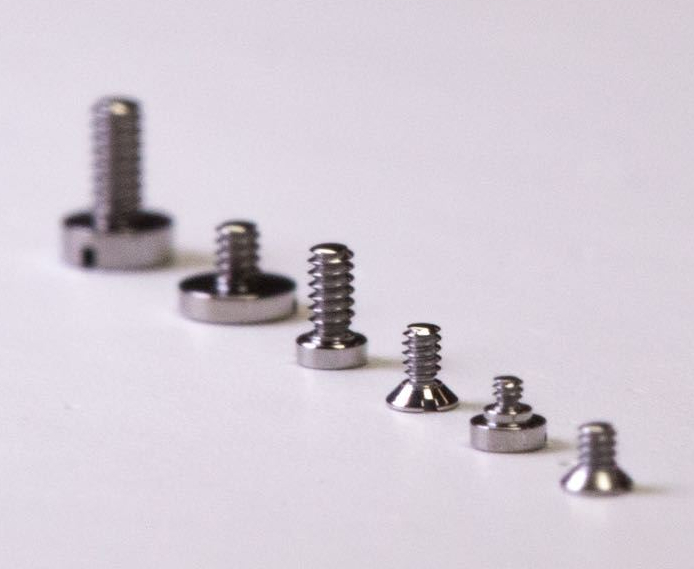 We need a heartbeat

Once the power source & gear train is all set and secured, the “only” thing left is adding the escapement module to transfer all that power in actual accurate time. What the escapement does is translate that raw & unregulated power from the main-spring to that familiar tick-tock, in this case at a rate of 18,000 beats per hour.

And finally when all is said and done, when the calibre is fully assembled, you’ll have this glorious movement staring back at you:

Photography note: Courtesy to @moserwatches for sharing the wonderful macro shots with the rest of us. Please respect their copyright. Sincere thanks to Olivier as well for making this happen, make sure to check him out on instagram here.