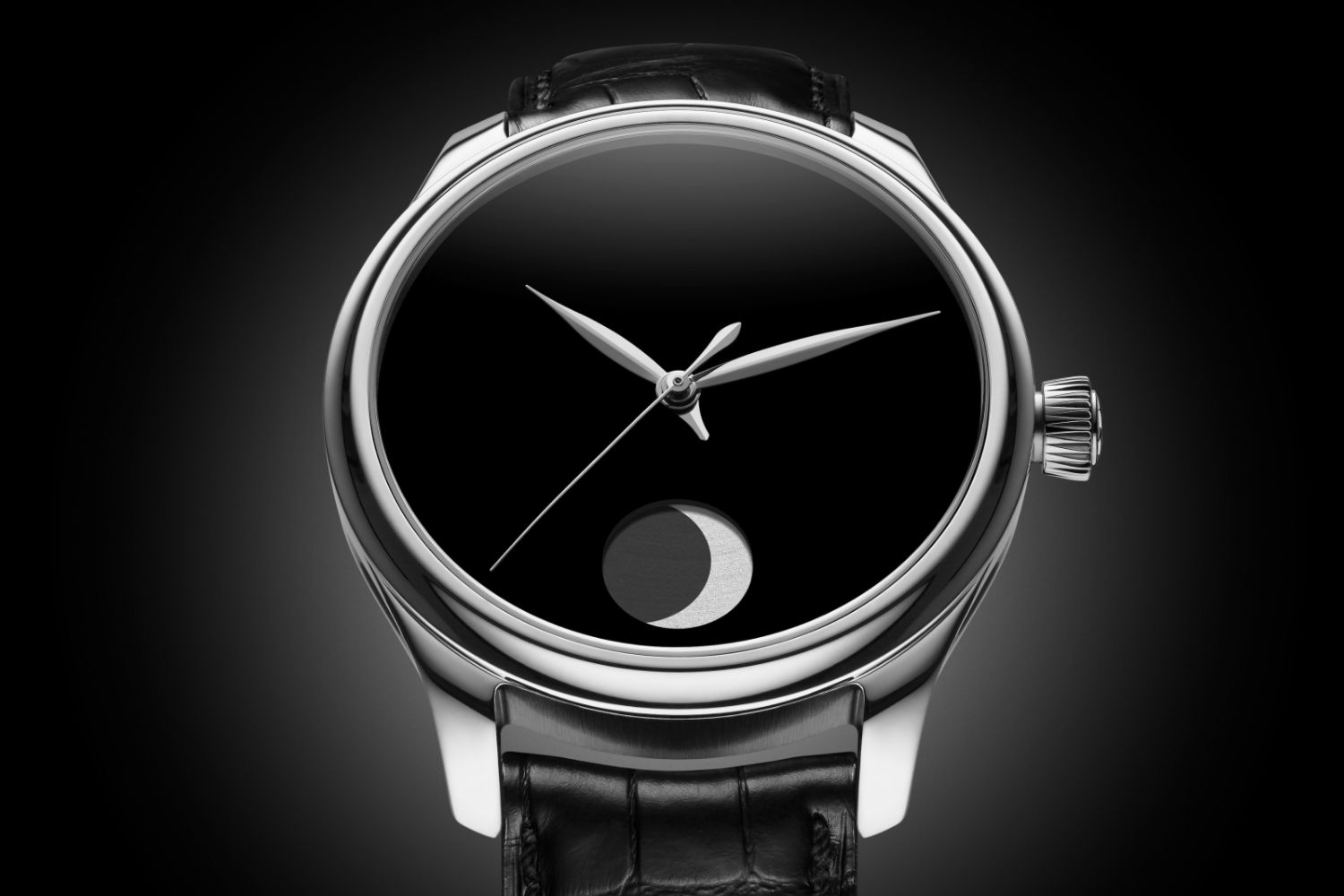 Vantablack is the blackest black in the world. It shows up in the news once in a while, say during the Winter Olympics when the Hyundai Pavilion in Olympic Park saw its walls coated in Vantablack. And this week, H. Moser & Cie decided to put it to the best horological use I can think of, when releasing the Endeavour Perpetual Moon Concept model. It is a moon phaseMoonphase A moonphase complication is a feature found in some watches that displays the phase of the moon as it appears in the sky. It typically includes a small disc with a representation of the moon, usually with a depiction of the lunar surface, that rotates to indicate the current phase of the moon. The disc rotates once every 29.5 days, the same period of time it takes for the moon to go through its lunar cycle. [Learn More] watch with a twist (and I don’t mean that it has just one day deviation every 1027 years).  In this entry for our Watch Works column, let’s have a closer look at what a Vantablack dial really means.

VANTA is the scientific abbreviation for ‘Very Very Black’. I kid.  VANTA stands for  “Vertically Aligned NanoTube Arrays”. Black means just that, black. Vantablack is the competitor to ‘Super Black’ (I kid you not) and is owned by Surrey Nanosystems Ltd.

As per Surrey Nanoststems “Vantablack® is a super-black coating that holds the world record as the darkest man-made substance. It was originally developed for satellite-borne blackbody calibration systems, but its unique physical and optical properties have resulted in it finding widespread application. […] Vantablack absorbs virtually all incident light, making it ideally suited to addressing a host of light-suppression and light-management problems. It reflects so little light that it is often described as the closest thing to a black hole we’ll ever see.”

Check out the below shot, showing a standard speedmaster right next to a prototype Vantablack dial from Moser taken in broad daylight in terrible light in a restaurant, the vantablack stays as black as ever: 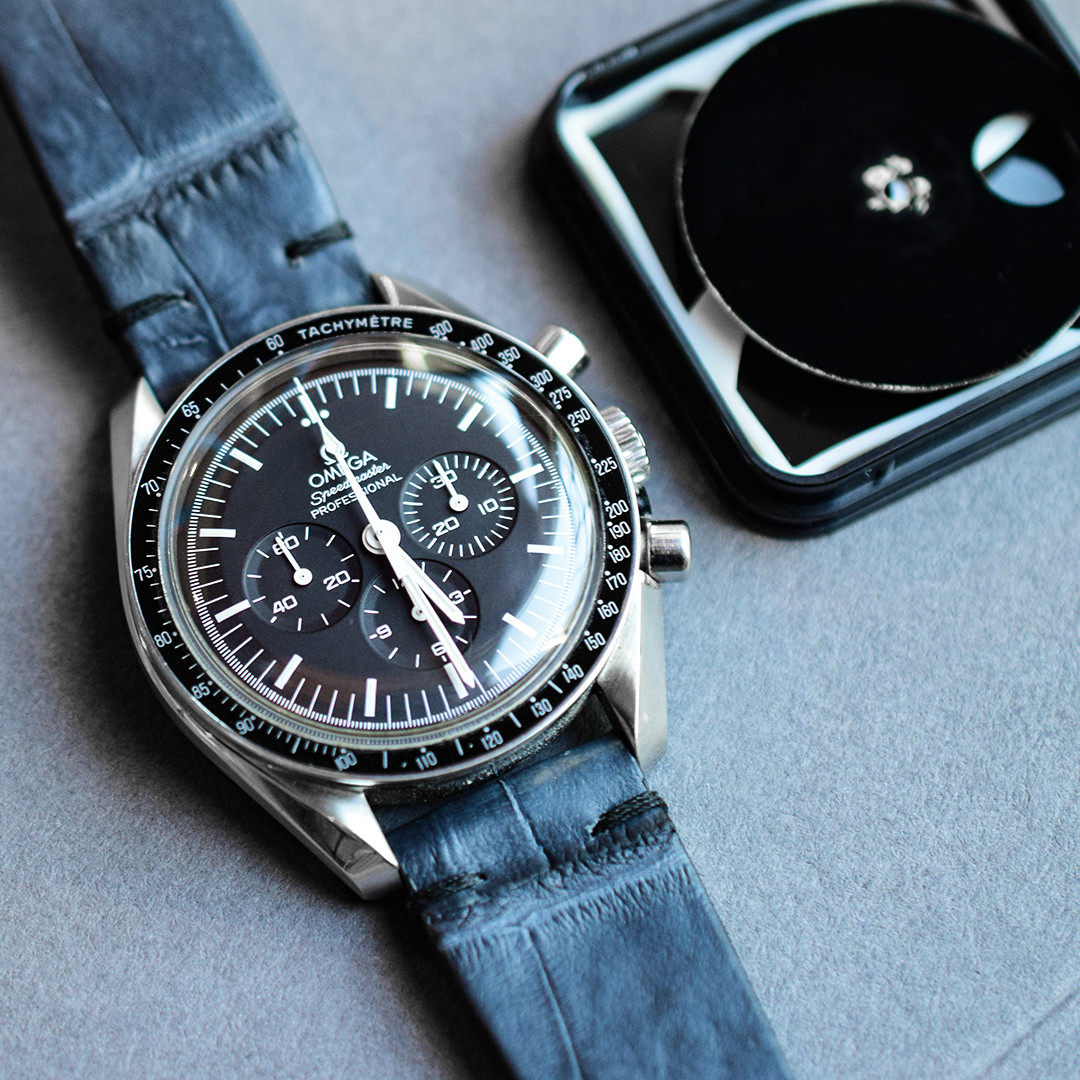 So it is black paint? Not quite! It is a carbon nanotube coating. The Surrey folks clarify that it is quite literally “a ‘forest’ of millions upon millions of incredibly small tubes made of carbon, or carbon nanotubes. Each nanotube in the vantablack forest has a diameter of around 20 nanometres (that’s about 3,500 times smaller than the diameter of the average human hair), and are typically from around 14 microns to 50 microns long. A surface area of 1 cm2 would contain around 1,000 million nanotubes. “

One single artist has the exclusive rights to use the ultra-black material in art. Sculptor,  Anish Kapoor. Because lest we forget, Art is a business just like any other…

This understandably upset quite a few artists and it led to the fantastic reply by an artist by the name of Stuart Temple. He developed his own super black blackest of black ‘Black 2.0’. The kicker is that his coating (developed in collaboration with other artists) is available to anyone except to Anish Kapoor. The official order instructions read as follows:

And yes, they hashtagged their resistance campaign #ShareTheBlack

While I would argue that watchmaking is an art, in this case, it helps that it isn’t. The H. Moser & Cie crew have put it to great use in the H. Moser & Cie Endeavour Perpetual Moon Concept. 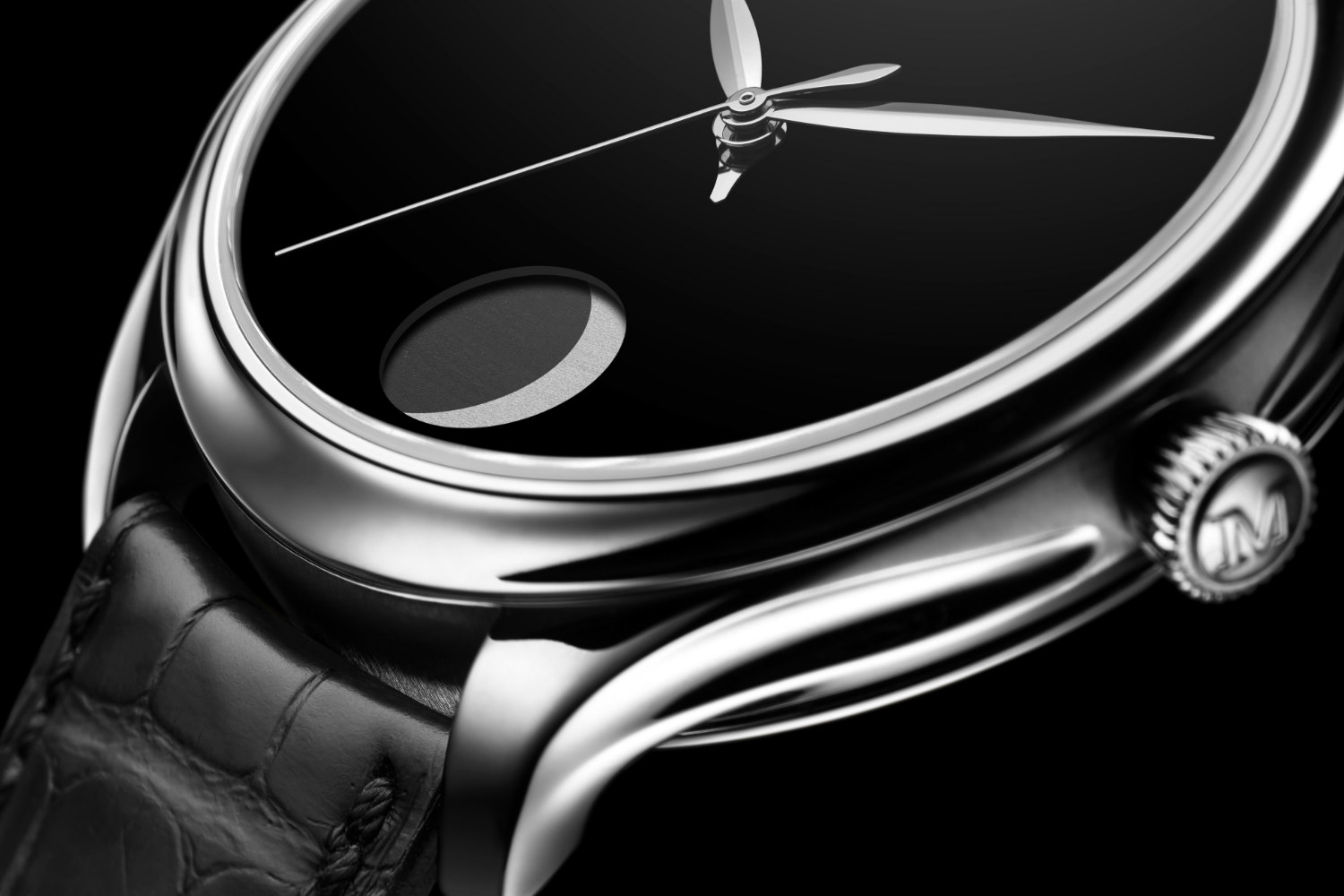 As I hinted above, it is quite accurate indeed, as per H. Moser “the moon phase system is an extremely precise display that can be set, read and predicted to within a minute. The system can be easily adjusted using a push-button on the side of the case. On average, the moon’s orbital period lasts 29.53059 days. To be more precise: 29 days, 12 hours, 44 minutes and 2.9 seconds. The Endeavour Perpetual Moon Concept’s intricate wheel train portrays this interval so precisely that the gap is a mere 0.23 seconds per day, that is to say one day’s deviation after 1027.30 years, making it the most precise model available.”