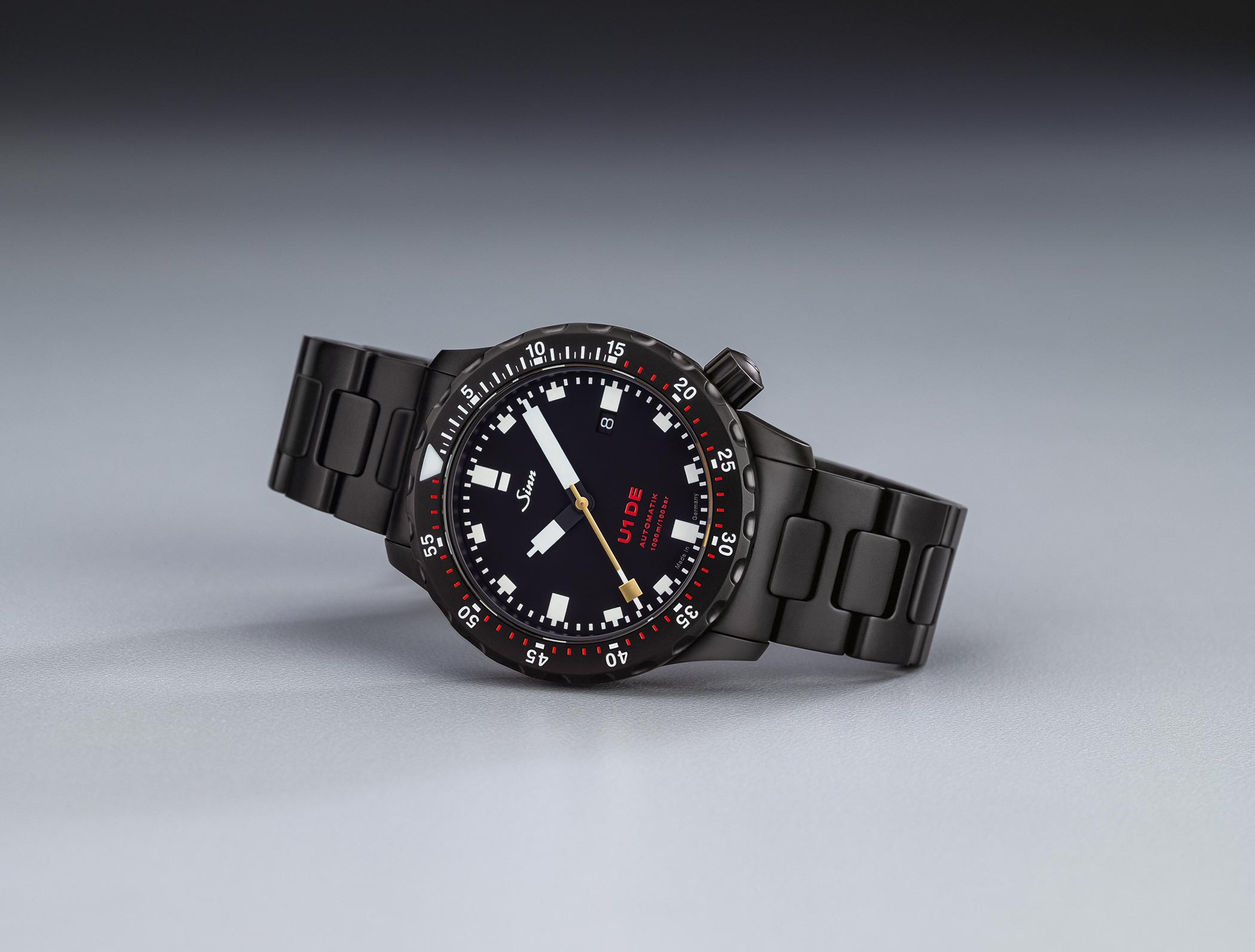 As the 30th anniversary of the German reunification approaches, Sinn is introducing a limited edition of 300 pieces to commemorate this event.  In addition to this, it also celebrates a partnership with SUG (Sächsische Uhrentechnologie GmbH Glashütte) that started in 1998 when SUG was co-founded by Ronald Boldt and Sinn CEO Lothar Schmidt. This partnership would not have been possible without German reunification as SUG is based in Glashütte in East Germany while Sinn is based in Frankfurt in West Germany.

The U1 DE comes in an all black case, while I’m in general not a fan of all black cases due to the coating wearing off after some time, the highly scratch resistant regiment case makes an exception as it is super tough to make a ding.  In addition, the German submarine steel is highly corrosion resistant and anti-magnetic.

The dial of the DE is very similar to the standard U1 with the hour and minute hand base coated with black paint while the seconds hand is gold plated.  Together with the red text, it resembles the German flag colors of black, red and gold.

On the back of the case, the outsized logos of Sinn and SUG with the commemorative markings of this limited edition circling the text in the center. The case is the same size as the regular U1 at 44mm and 14.7mm tall.  Beating inside is the SW200-1, that beats at 4Hz.

The U1 DE is EUR 2,740 on a metal bracelet and EUR 2,650 on a rubber strap.  These are available now at authorized Sinn retail stores.