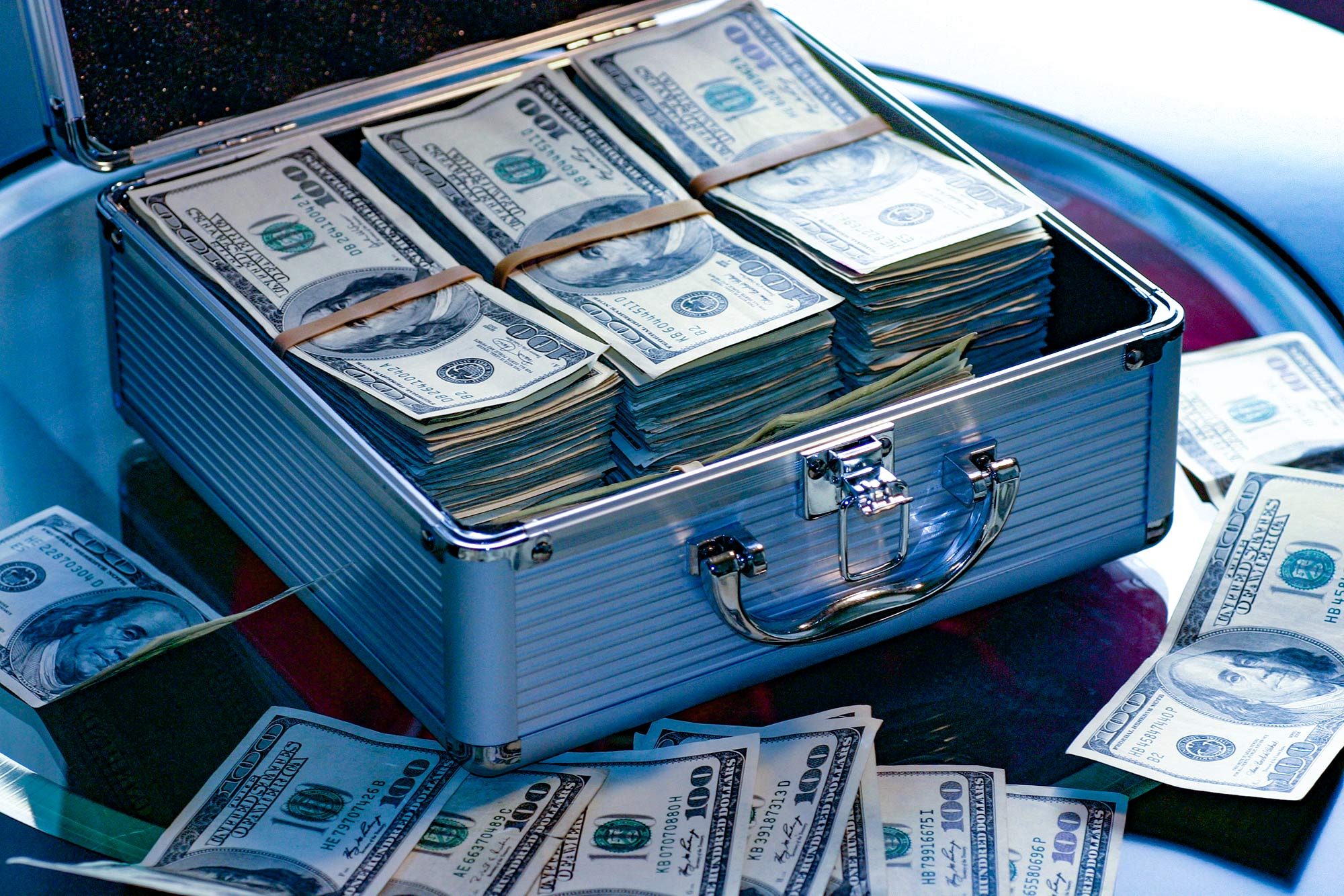 At this weekend’s watch auction a few watches caught the attention of the watch community. Perhaps even also the attention of the Swiss financial investigators (although soyons sérieux that is quite unlikely). Incredibly inflated prices were paid for pieces that are readily available on the grey market. Pieces with no special ‘pedigree’ or ‘story’ or any of that jazz. Nope, just modern watches that you can order right now if you’re willing to pay above retail.

Marty Byrde (a fictional character from the Netflix show The Ozarks) would look at this weekend’s auction results and smile. That’s what I’m thinking.

Other than the very unlikely event that someone with that much spare cash laying around logged on mad drunk on the auction-portal and started bidding hysterically, what might have happened?

What follows is an unpopular opinion by a person who happens to dedicate a ton of time to watches. This odd relic from the past that I find incredibly interesting for some inexplicable reason. Calls have already been heard within the watch community stating that ‘If you can’t accept those prices being what they are, maybe you don’t like watches that much after all’. All I can say is that such a statement, in my opinion, is just about as much separated from reality as were some of the prices at the recent auctions.

Hereunder the two most likely reasons for some of the – yes I’ll say it – ridiculous prices being paid at auction this past weekend. One is much more likely than the other if you ask me.

A potential reason for the irrational prices at auction would quite certainly be Money laundering. Not exactly uncharted territory at auctions behind the Swiss borders…

Auctions are known to be used as vehicles for money laundering. The reasons being that there is very little transparency in this market. You can make relatively large cash transactions, and there is very little need to disclose mostly anything. You do not have to be Hercule Poirot to see that it is very easy to manipulate and inflate prices for items at auction. These are transactions where both the seller and the buyer can remain anonymous.

Now, keep in mind however that the sky is no longer the limit, for money laundering in the auction world. In 2016 the Swiss introduced the Anti-Money Laundering act, which makes it a bit more challenging for transactions above 100.000 Swiss Francs to pass under anyone’s radar. Anything below that value however is fair game and can get settled with untraceable cash. This monetary ‘limit’ is more than tenfold the amount allowed in the EU. It should therefore not surprise that you’ll find very little similar overvalued auction results within the EU borders. Feel free to check out the Swiss Anti Money Laundering Act right here.

Now the argument against Money Laundering is that there are a bunch of more efficient ways to launder your money. For the amounts seen at auction, the net result is that it gets the individuals concerned a bit of extra cash for a few champagne showers at Nikki Beach. Not exactly game-changing for the more seasoned money-laundering enthusiasts.

Money Laundering is certainly one of the top reasons for the irrational pricing in many past auction cases. In the case at hand however, the reason for the strange prices is more than likely what we are discussing below.

If you want to launder money, you’re probably looking at laundering serious amounts of money. And sub-100K transactions while useful, will not solve your money ‘problems’. So let’s take money laundering of the table for a moment. Instead let’s discuss market manipulation.

Many of the pieces sold at the suspicious prices are not in any way ‘auction’ worthy. These are brand new watches, that are very easy to get on the grey market. Yes, in the exact same condition, at a much lower price. These are also pieces that currently sell well on the grey market, therefore there is no reason to choose the more expensive route and sell through auction which means part of your profit is to be shared with the auction house. There is also no reason to buy these through auction (except at a discount) since here again, you will end up having to pay for the services of the auction house. There is no economical incentive for neither the seller nor the buyer to trade these type of watches through an auction house. It is a lose lose situation.

Imagine for a minute the following scenario: You buy one of these watches at retail price for the sole reason to flip them immediately for profit. The only rational thing would be to sell them directly, with as little middlemen as possible, to make maximum profit. Auction transactions involve additional commissions and fees to be paid, for both the seller and the buyer. So a rational individual would never, in their right mind, sell such ‘common’ pieces through auction nor buy them well above the market price through auction. It just isn’t realistic.

There is however a more realistic version of this scenario. A textbook case of market manipulation.

The grey market is currently sitting on an unprecedented amount of ‘rare’ pieces, at unprecedented inflated prices, this is a bubble that can not burst without them having to suffer tremendous financial losses. If anyone is going to be blowing air into those bubbles at a steady flow to keep them from bursting, it will be the grey market dealers themselves.

These auction results are broadcast around the world, and studied in detail by the watch collecting community. So if a grey market dealer were to list a piece at auction, and stage a bidding frenzy to eventually sell at a high enough price, then what do you get? You get further ‘proof’ that the watches are selling at a correct price on the grey market (or even at ‘bargain’ prices, compared to auction results).

In addition, if you think about it, this is a very affordable marketing stunt by the grey market. For just a few thousand dollars they get headlines and they get to claim that ‘I’m doing you a huge favor letting it go for just twice the retail price!’. There is no marketing consultancy firm that can get you any better results than good old market manipulation can my friends. Highly efficient, highly lucrative. They spend a few thousand dollars overpaying for watches at auction (highly likely put up for sale by them in the first place), and in return they get to say to the world that their price, is the right price.

Both the seller and the buyer play on the same team and both have an interest in keeping prices on the grey market justified at their current value. Both players have skin in the grey market game and money to lose should prices suddenly tank. Therefore, a little bit of price manipulation goes a long way.

This was and continues to be a grey market play, pure and simple.