In what seems like ages ago, we had the pleasure to visit the Air Force. You might have read the (incredibly long) article on that here a while ago. One of the things that impressed me was how everything was so very much built to last and withstand pretty much, well,  anything. 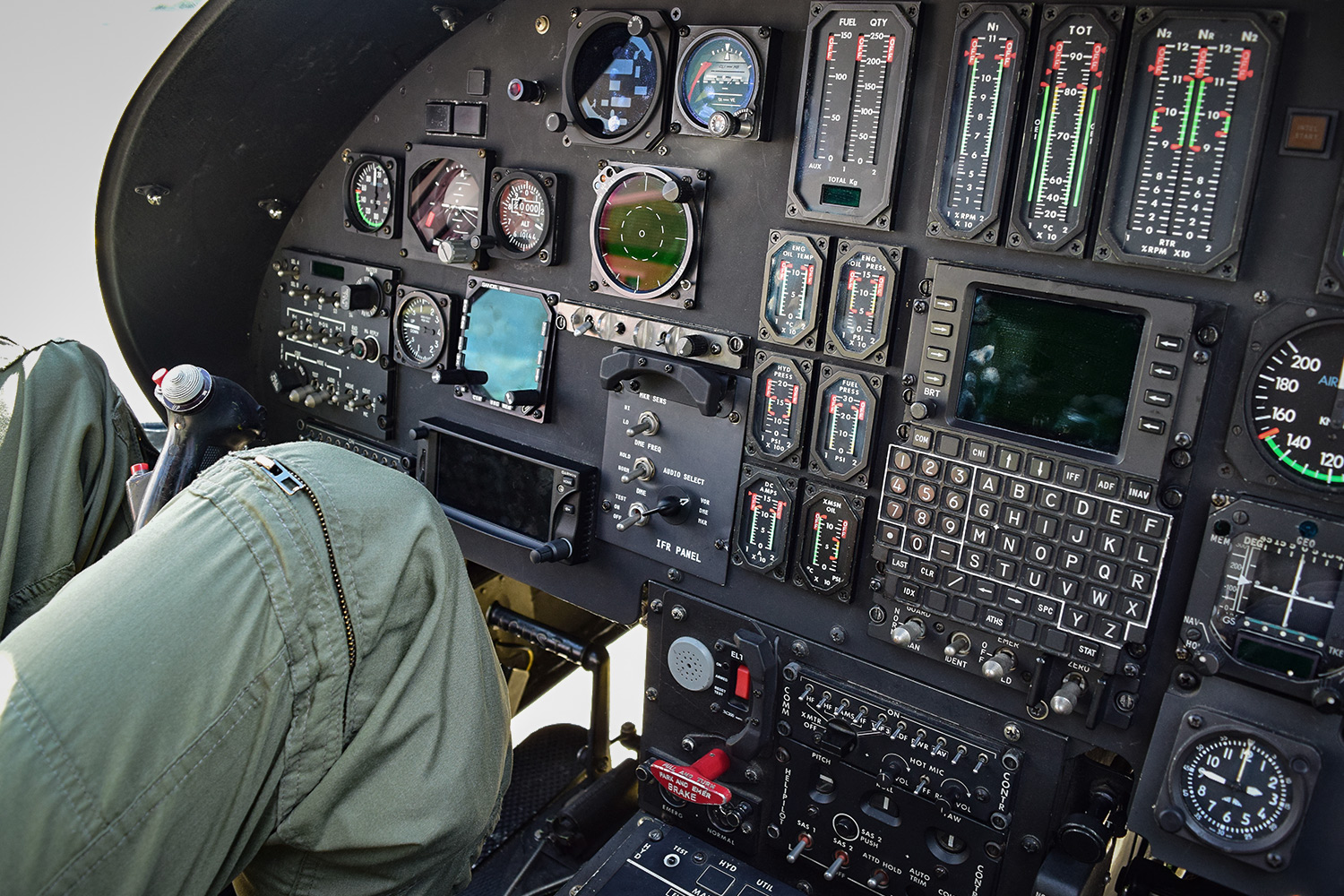 That also included anything that was used to fasten down stuff, to avoid objects (or humans) from flying around the craft which is never any fun of course. One of those things used to keep the watches from flying off everyone’s wrists were our NATO straps.

NATO style straps are utilitarian and their origin can be nicely traced back to the seventies where legend has it that they were conceived by the British Ministry of Defense.  The NATO strap, or the G10 strap as they were commonly referred to at the time, should ensure your wristwatch stays on your wrist under a variety of circumstances.

Where a normal watch strap’s life ends, the NATO’s just gets started. With this in mind and wanting to go about as utilitarian as we could possibly go, we are introducing  Shell Cordovan NATO straps. These are about as tough as they come and they are made right here in our atelier in Belgium. 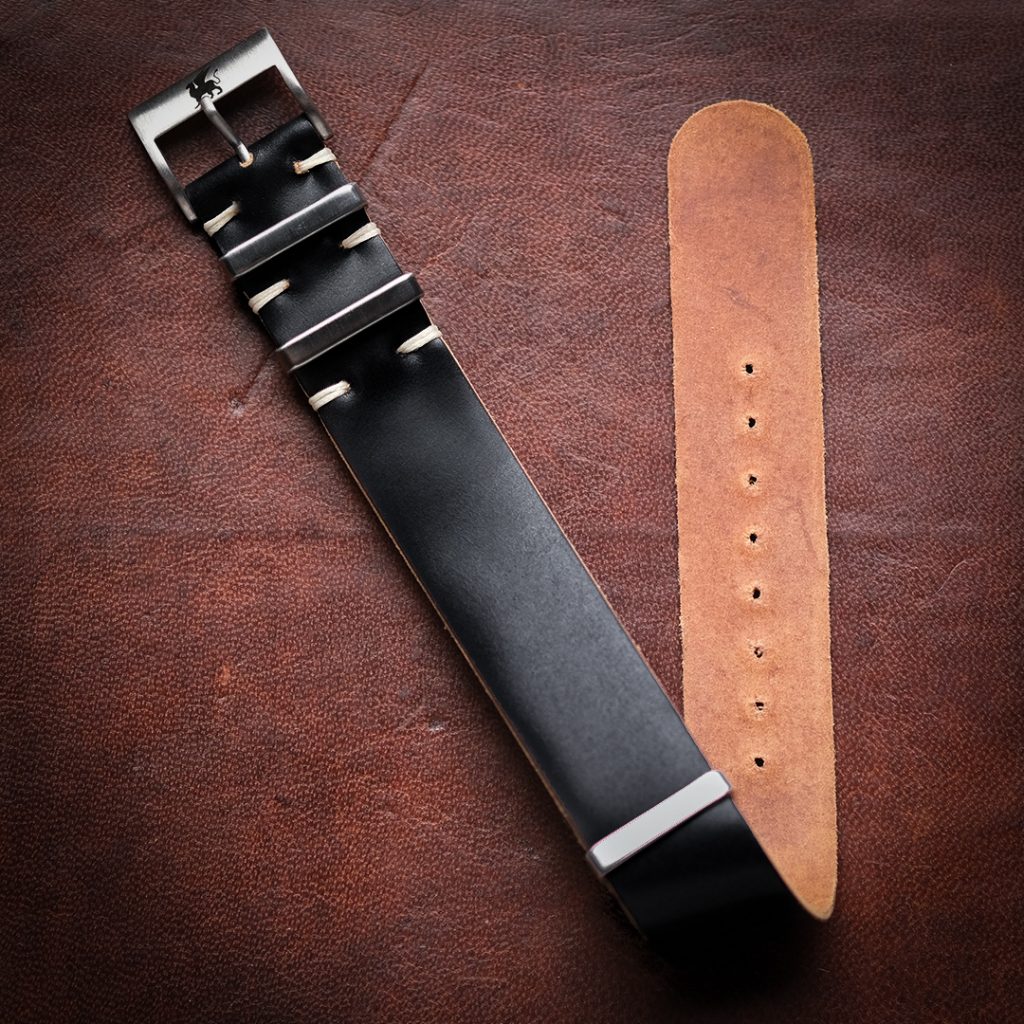 The leather is the standard Shell thickness of approximately 1.6mm, which is a bit thicker than a nylon NATO.

The huge difference with our normal leather is that Shell needs some breaking in at first, like with a good pair of shoes. After the breaking in period it gets incredibly supple and the surface takes on a life of its own. After that, treat it well and these will last a very long time. 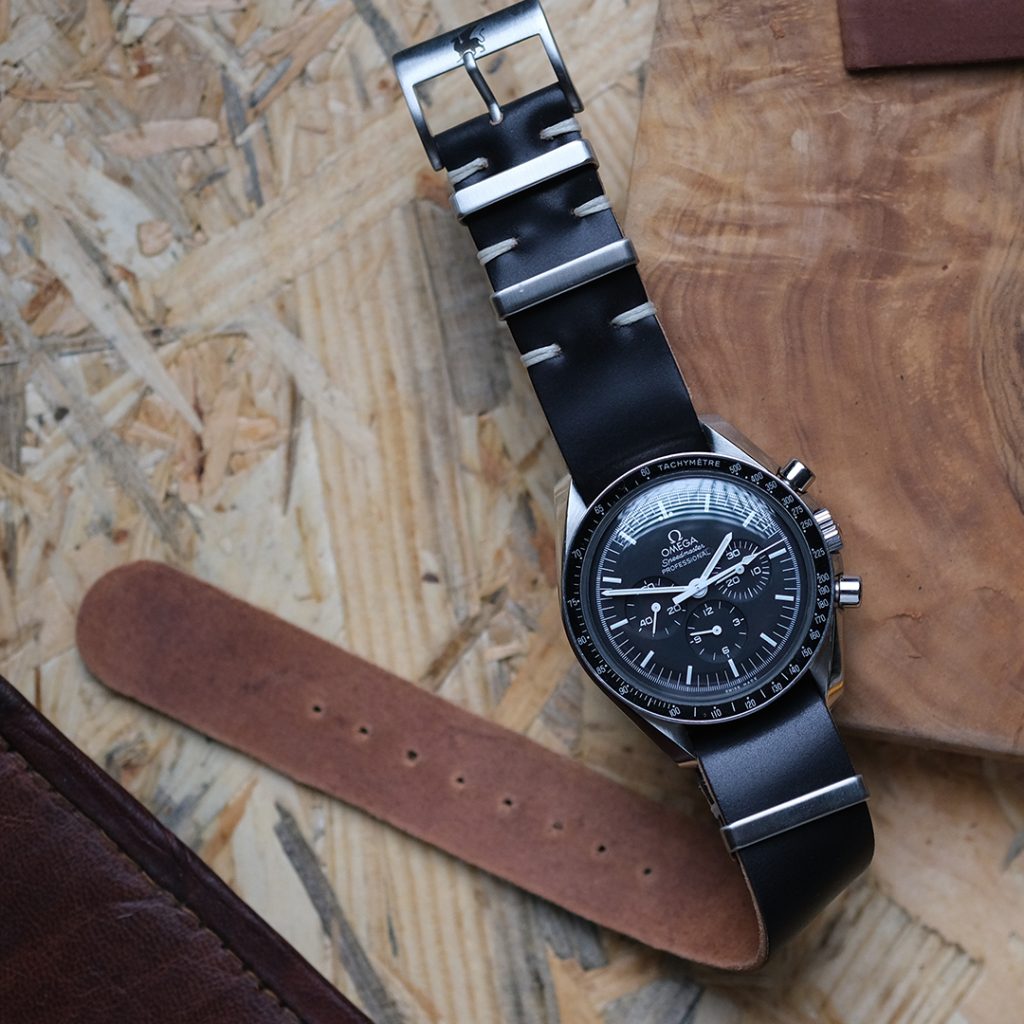 They are thicker than our standard Rugged Leather NATO straps (also a great option by the way) and they wear completely unique and just generally have a completely different vibe to any other NATO strap out there. 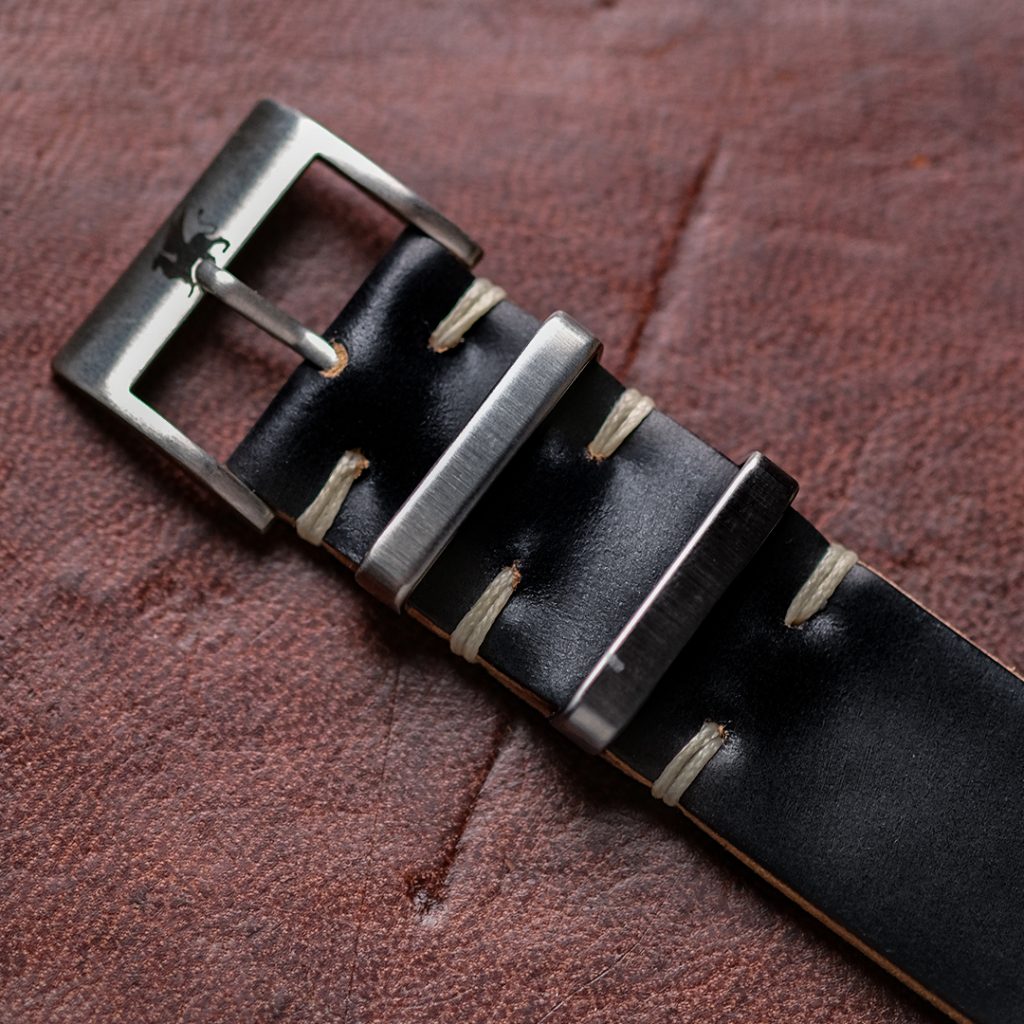 Shell is difficult  to produce, not in the least because it is very easy to mess up the shell at the time of production. In addition, the leather is very – very – tough at first making these quite difficult to produce and work with. It’s all worth it though. Once broken in, the end result is so very satisfying.

Visit our Shop to find out more: