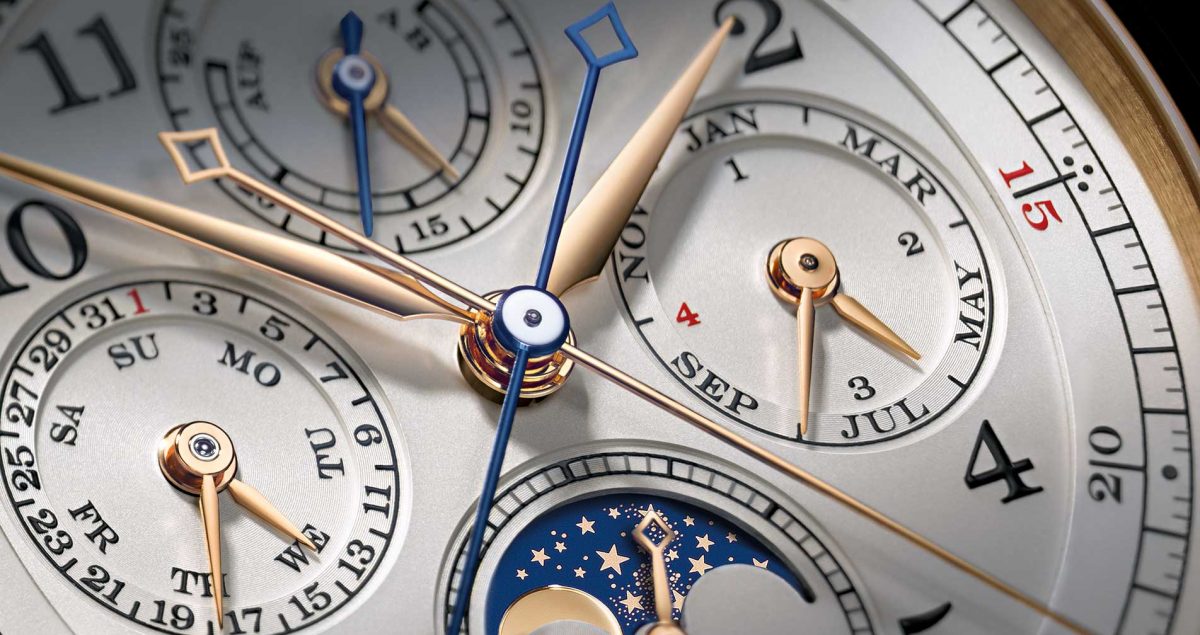 Is Rattrapante french for Flyback, or what’s going on here? Let’s find out…

Two not so standard complications found on not so standard watches. Ratrappante is neither the same nor french for flyback. Flyback, would be translated to ‘Retour-en-vol’ in french

The Rattrapante complication is only found on Chronograph movements. It is essentially the feature of a second chronograph hand which is operated by use of an extra pusher. When you start the chronograph, as you would usually, both hands will start at the exact time, nothing will look out of the ordinary. It is only when you activate the rattrapante that one of the hands will stop moving while the other one keeps running, it’s a fantastic sight when you suddenly see the ‘hidden’ hand appear and keep running. When the pusher is pressed once more, the initially stopped seconds hand will move back into step with the chronograph hand and move as one. This would be your typical ‘lap time’ function on a digital sports watch of today. Only, much more glorious of course.

Lange, among others, has an incredibly grailworthy Rattrapante, and Mr de Haas explains it quite beautifully here in this video to give you a better idea of how it looks:

Now, a flyback is quite different. First of all, there is no superimposing of extra seconds hand, none of that. Instead, think of a flyback as a highly efficient chronograph. A standard chronograph, familiar to all, works as follows: You press start, stop, reset, and if you want to time something again, you press start again. You can’t skip any of these steps, you must follow all in that order. The flyback however, just requires pushing the same button over and over, it’ll keep resetting itself and running. Flying back to 12 o-clock as it continues running. Baume actually illustrated it quite nicely with the below video, so why duplicate efforts if I can simply link to their work: