In this brief overview, we look at three often mixed up complications:

The Minute repeater is the most complex one of the three and the only one of the three that you need to ‘activate’. It is a complication which allows the watch to chime the time up to… you guessed it… the minute.  It will first sound the hours, followed by the quarters and then finally the minutes (taking into account the last quuarter that sounded). So say it’s 06h33, it will first chime the 6 hours, then 2 quarters and finally 3 minutes. So it basically tells you the time in an audible fashion, at the push of a button (on demand). 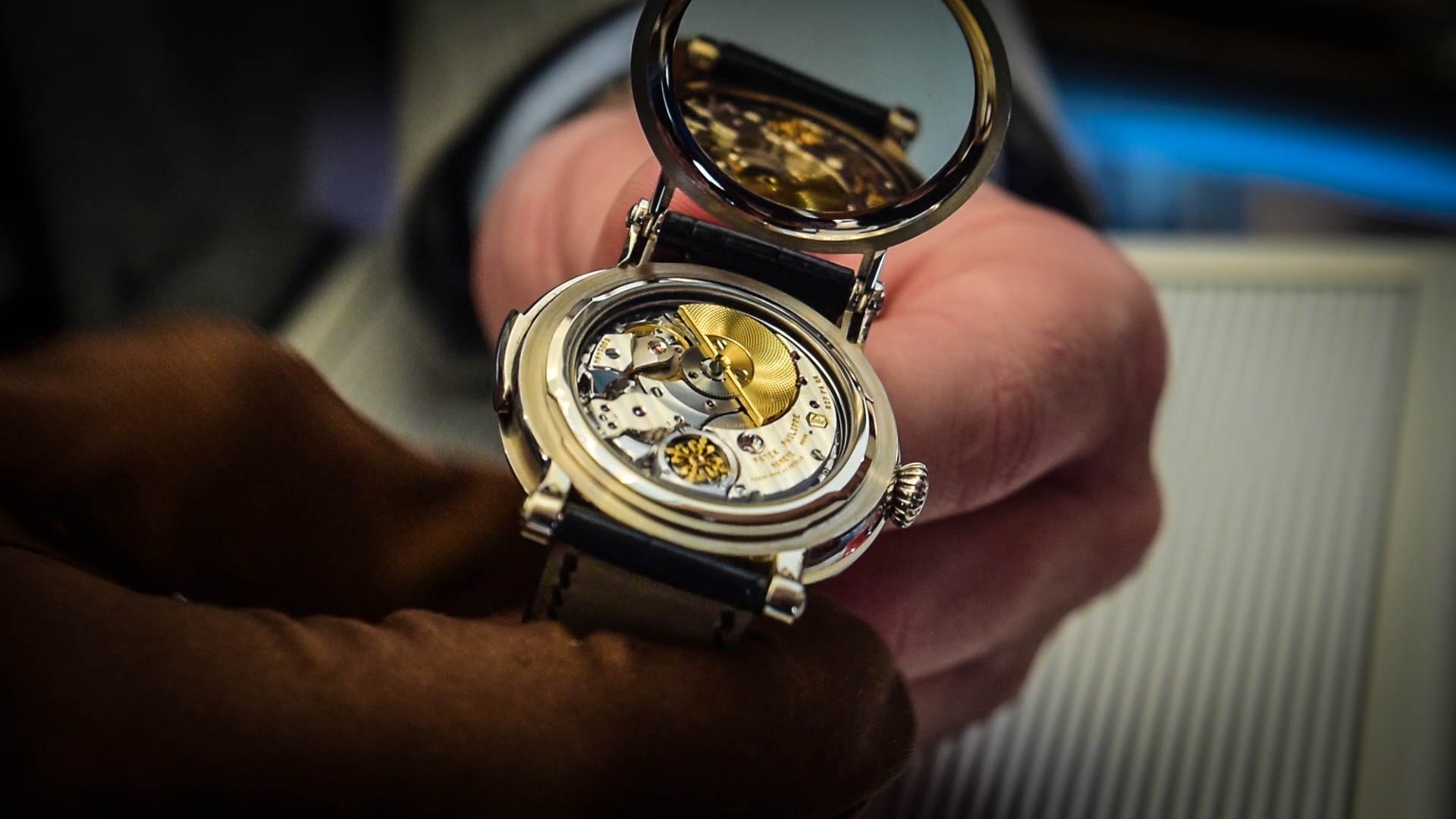 The Grande Sonnerie, drops the minutes, and at every passing quarter will strike the hours & quarters. On the hour, it would only strike the hour of course. It does the striking in passing, not on demand.

The Petite Sonnerie, takes the casual level up a notch and only strikes the quarter as it passes it and also the hour as it passes it. It does not repeat the full hour/quarter combination at each quarter it passes.  Here again, striking just goes automatically as time passes, not on demand. 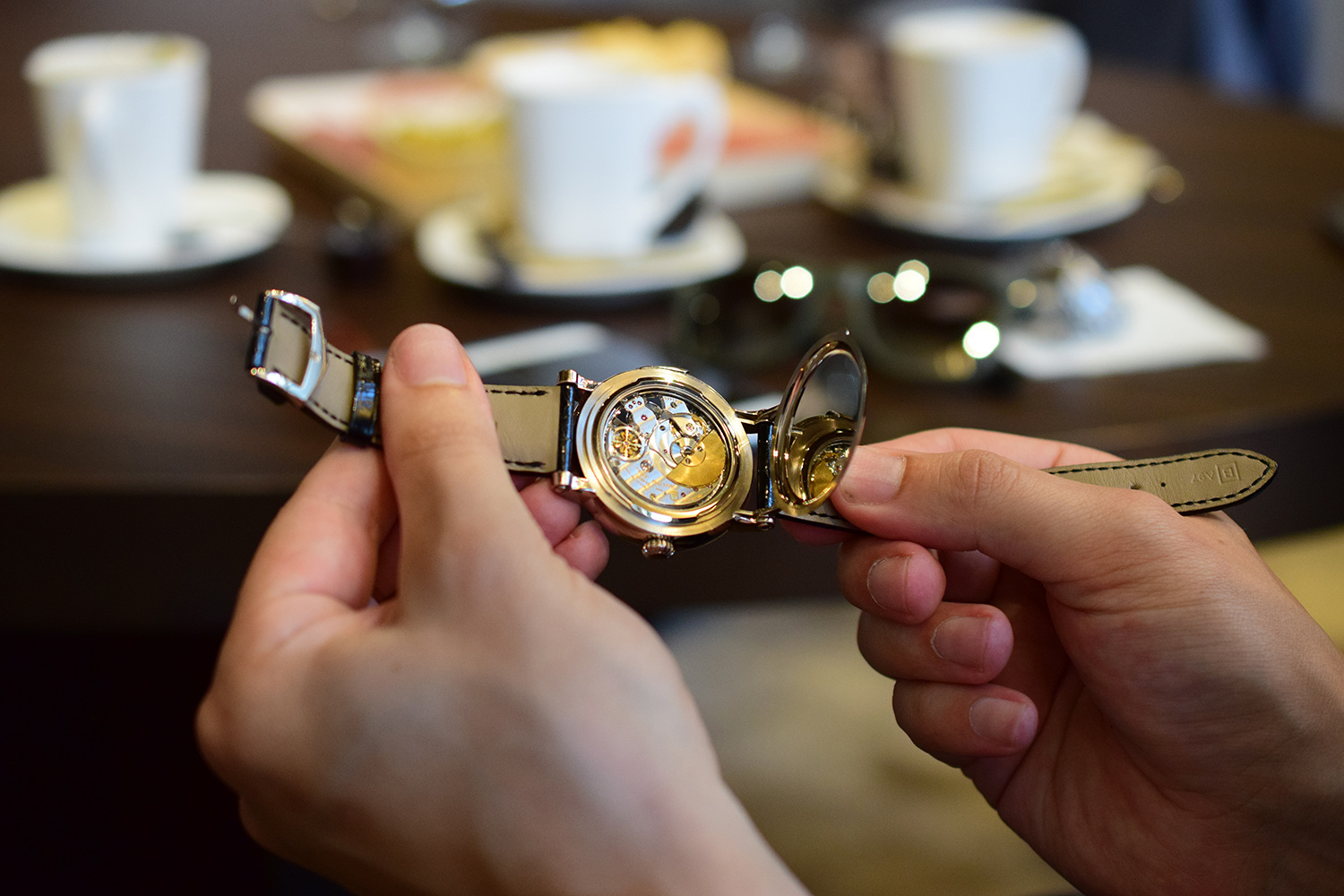