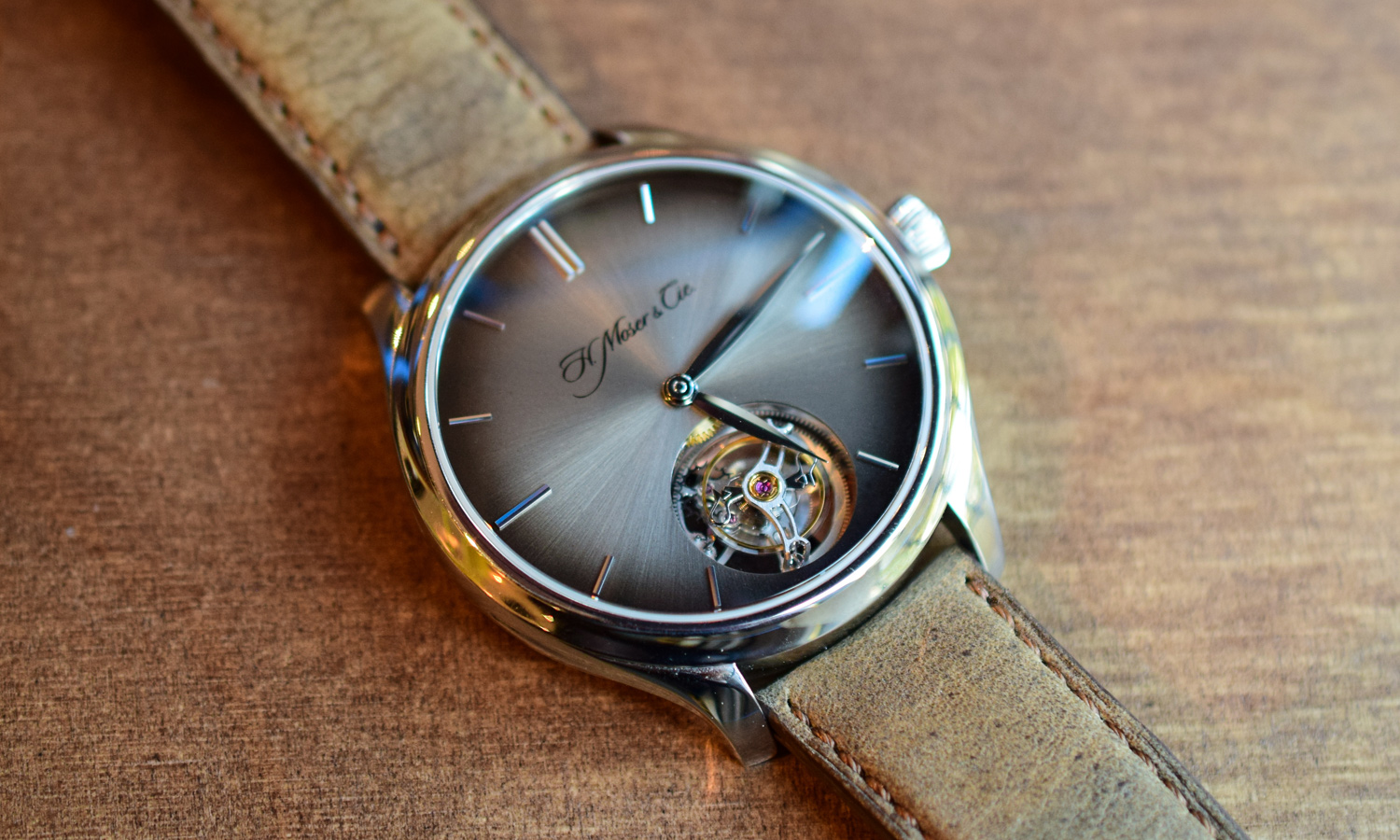 We’re looking at a very rare H. Moser & Cie Endeavour TourbillonTourbillon A tourbillon is a complication in a mechanical watch that is designed to improve the accuracy of the watch by compensating for the effects of gravity on the balance wheel and escapement. It consists of a rotating cage that holds the balance wheel and escapement, which rotates on its own axis once per minute. This rotation helps to average out the positional errors caused by gravity, making the watch more accurate [Learn More] Fumé and the beautiful HMC 804 movement. H. Moser & Cie is one of the (few remaining) independent watchmakers out there, this means they are essentially free to do whatever they want. The great news is that they choose to use this freedom to make highly polished & great-looking watches.

The iconic fumé dial has a simple ‘H. Moser & Cie’ logo, classic applied markers & leaf-shaped hands. Funky detail, despite this watch being more Swiss Made than many Swiss Made watches out there, it isn’t mentioned on the dial. Then of course, at 6-o clock, should you not have noticed, there’s a striking & flying tourbillonFlying Tourbillon Like the classic tourbillon, its purpose is to counter the effects of gravity on the rate of the watch (rate deviances). It tries to achieve this by rotating the escapement and balance wheel in all possible directions. The balance, anchor and escape wheel are positioned in a cage, which rotates 360° in one minute. With the Flying Tourbillon this complex construction is anchored on one side only, which lends the complication its apparent weightlessness, enables increased precision and gave rise to its name. There is no bridge obstructing the view, giving the appearance that the tourbillon is indeed flying. [Learn More] at work: 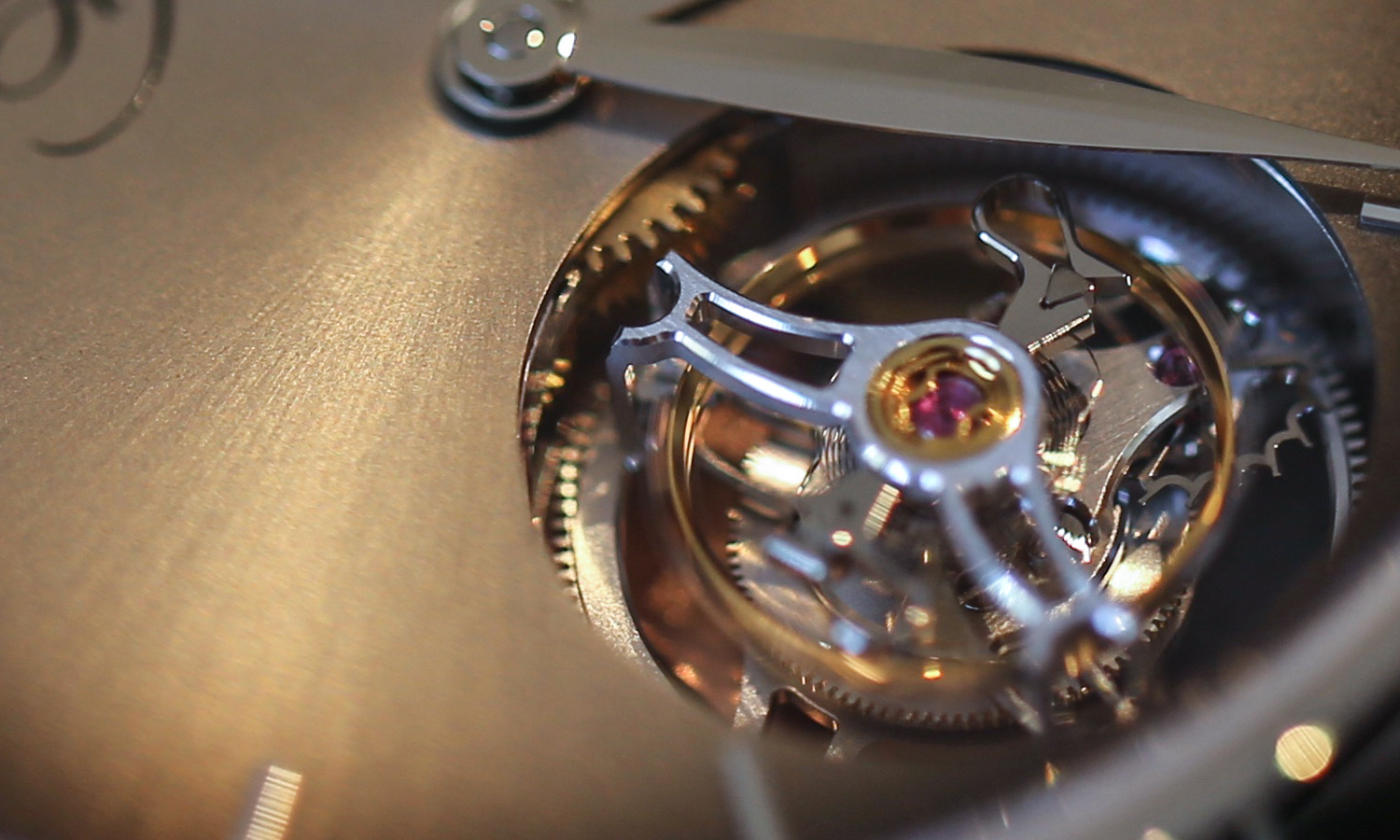 The tourbillon is essentially an interchangeable tourbillon module. True to the spirit of Moser’s escapementEscapement The escapement is a mechanism in a mechanical watch movement that regulates the release of energy from the mainspring and keeps the watch ticking at a steady rate. The escapement is made up of two main components: the escape wheel and the pallet fork. The escapement is responsible for the ticking sound of the watch, and it ensures that the watch runs at a consistent rate. As the escape wheel rotates forward, it locks and unlocks with the pallet fork, allowing a small amount of energy from the mainspring to be released. This causes the balance wheel to oscillate and the watch to 'tick'. [Learn More] module philosophy, this module has been conceived with an improved service experience in mind. The module allows for an overall more streamlined service process, meaning much less waiting time. Essentially it allows the module to be assembled & regulated completely separate from the watch. At the time of servicing, the module can then be swapped out with a pre-regulated one instead of having to start from scratch at the time your watch hits the service desk. Genius.

Looking at the other side of the watch, there’s a see-through back. The movement staring back at you is the HMC 804 calibre. Moser’s movements, this one included, are handfinished & decorated, so you know this is going to be a wild ride: 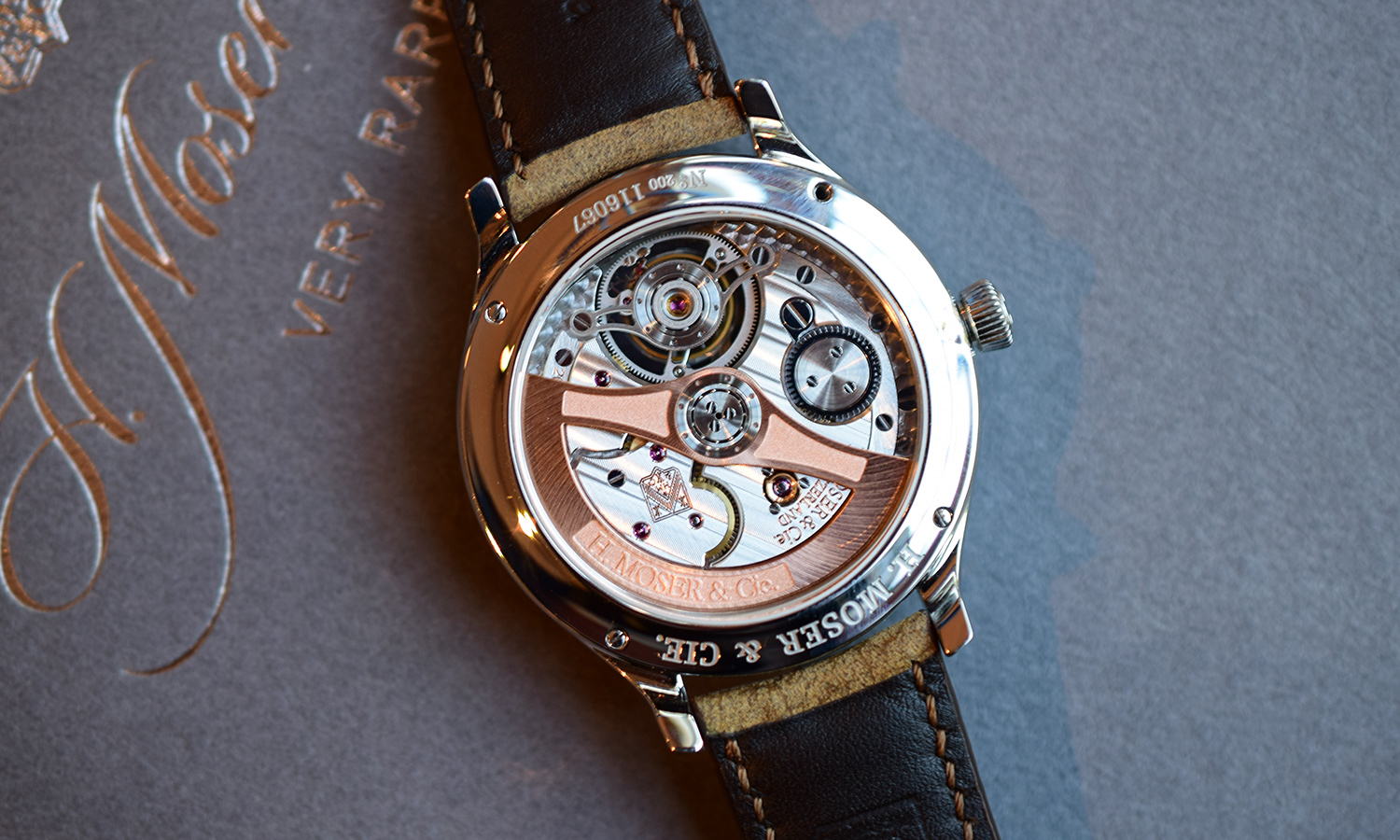 First thing (other than the tourbillon) that jumps out in a great way, is the 18-carat red gold rotor. Looking a bit closer, you will also note the skeletonised bridgesBridges The bridges of a watch movement are the metal plates that hold the wheels and other components of the movement in place. They are attached to the main plate of the movement with screws. Bridges are used to support the balance wheel, the escapement, the mainspring barrel and other elements. Combined with the main plate they are the foundation of any watch movement. [Learn More] for the tourbillon which add a lot of visual spice to the movement. Not visible, as they’re hard at work, are the double flat hairsprings which are manufactured in-house: 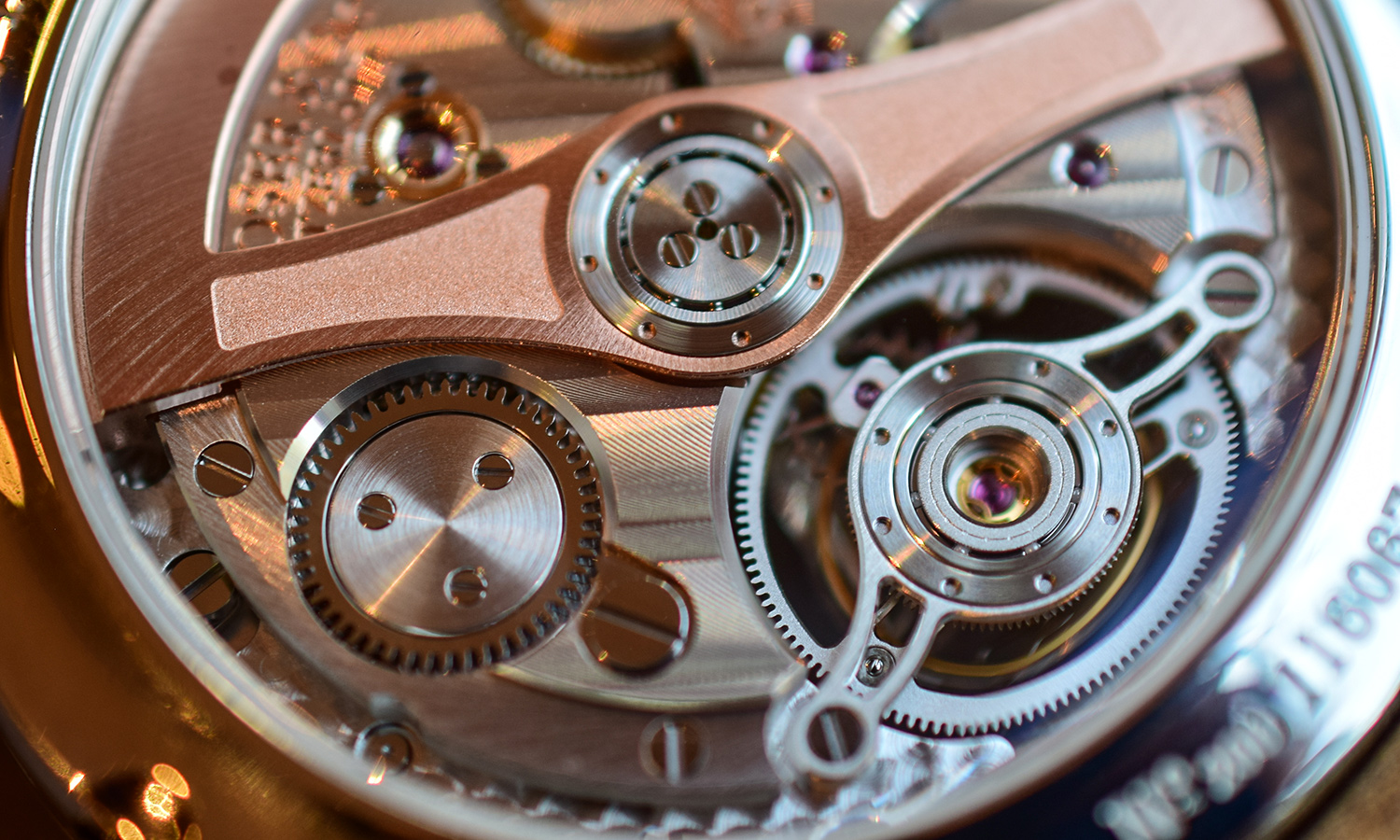 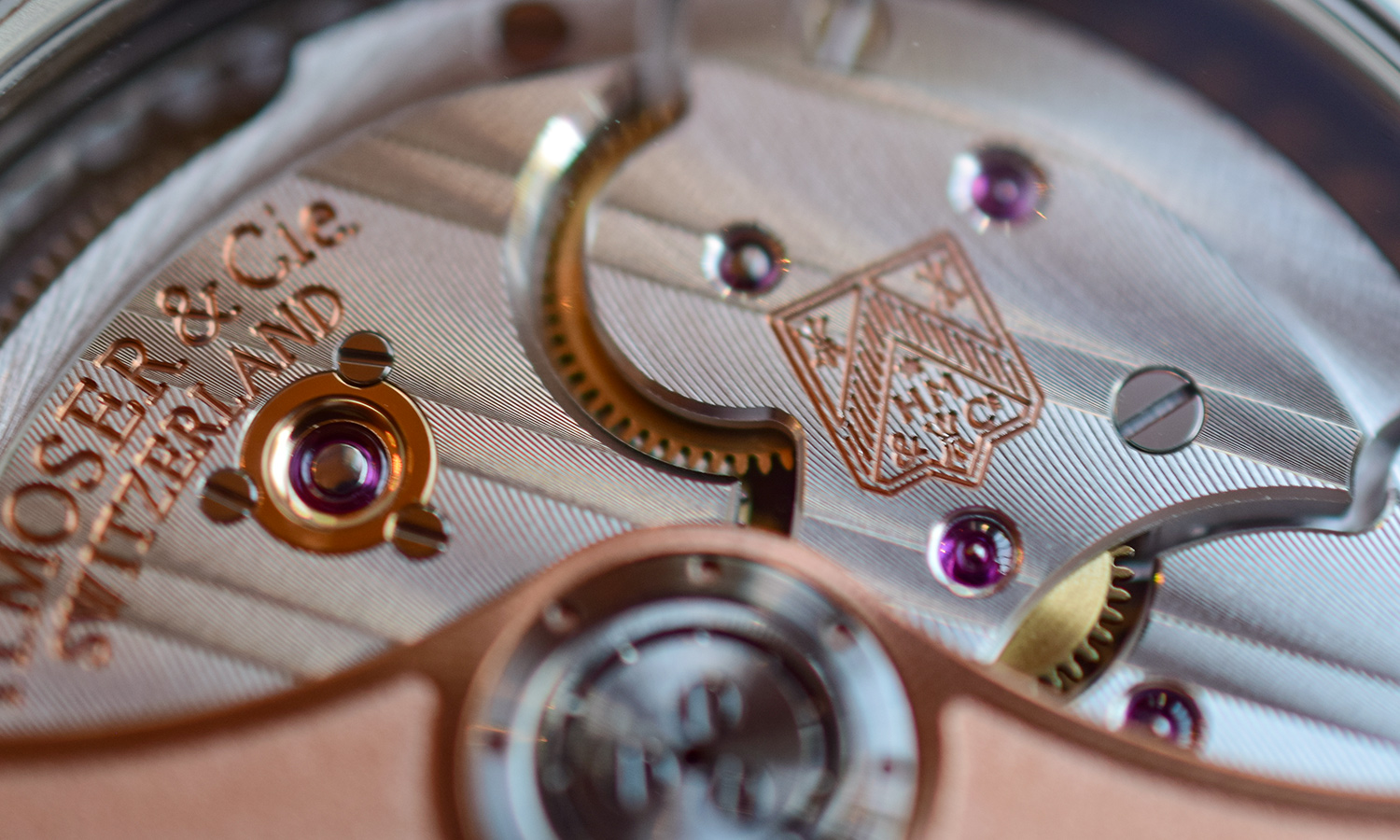 A closer look at the gold chatons used by H. Moser & Cie, secured in place by three screws: 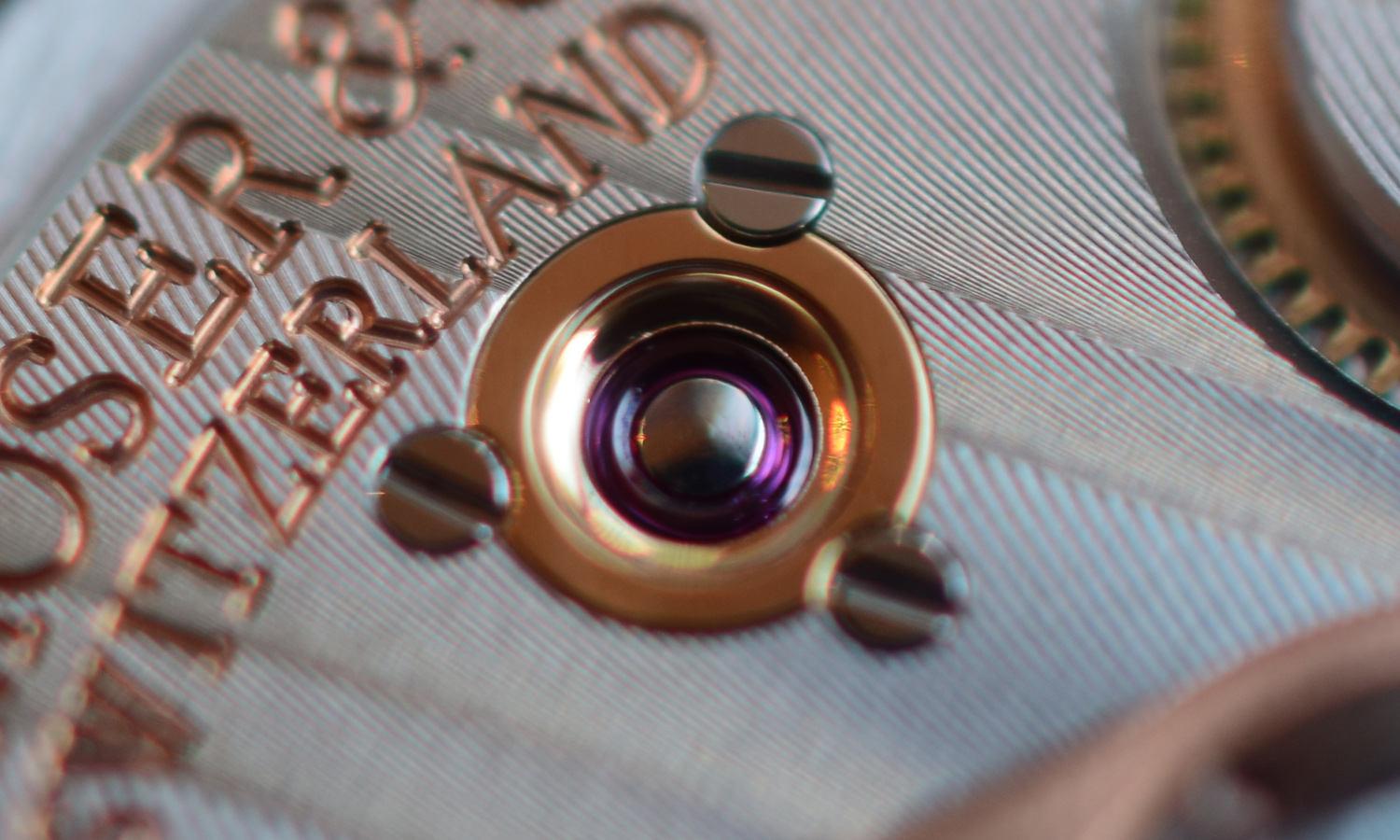 And notice indeed how the Geneva stripes alternate between wide and narrow stripes, tyical on a Moser movement: 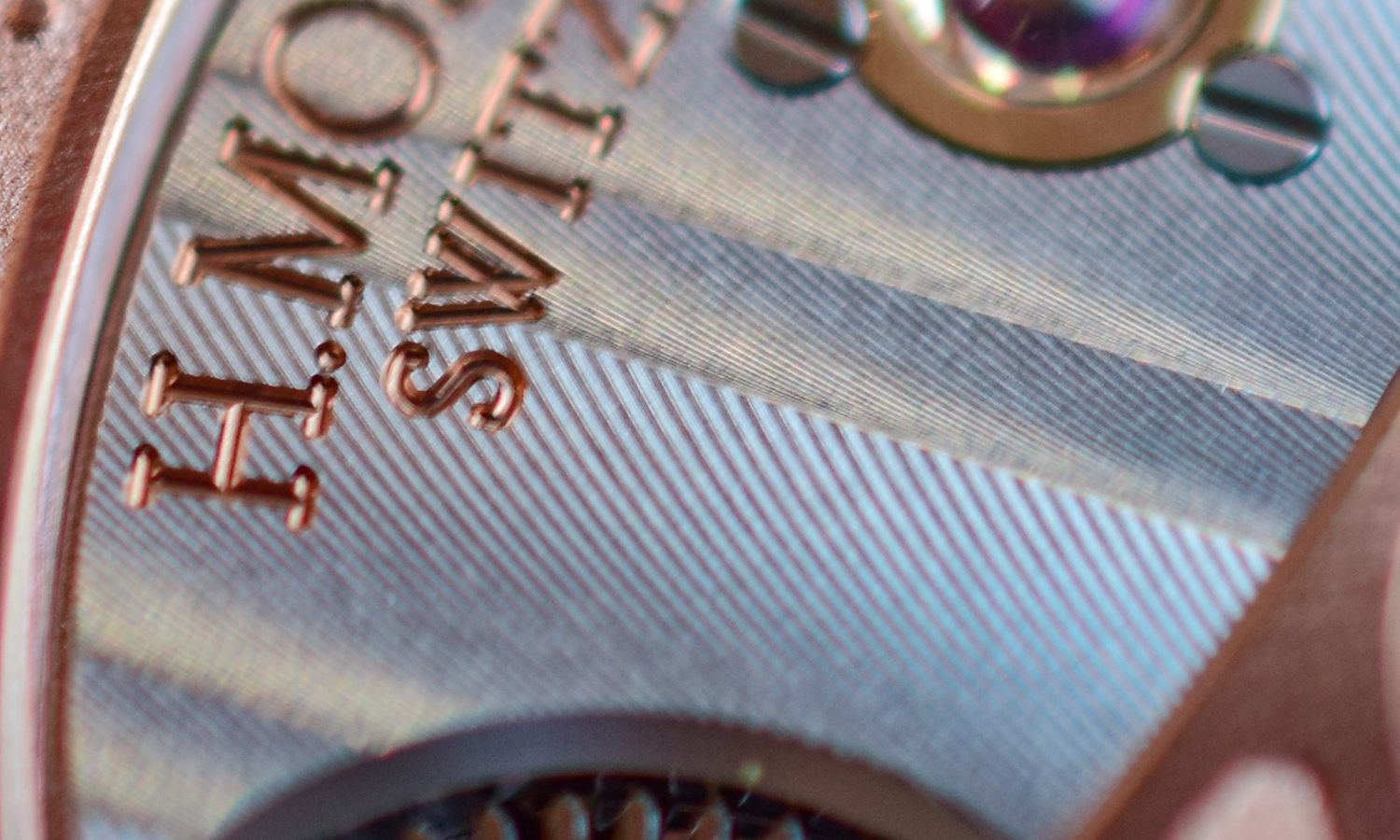 Check out the Moser teeth on the wheels which are an often overlooked yet worthy detail. You can recognize them by the round bottoms as opposed to the usual flat bottoms. Oh and I hear you thinking ‘did he just say Moser teeth?’. Yes, yes he did. In a nutshell, Moser teeth are essentially very efficient & strong teeth, so have a look: 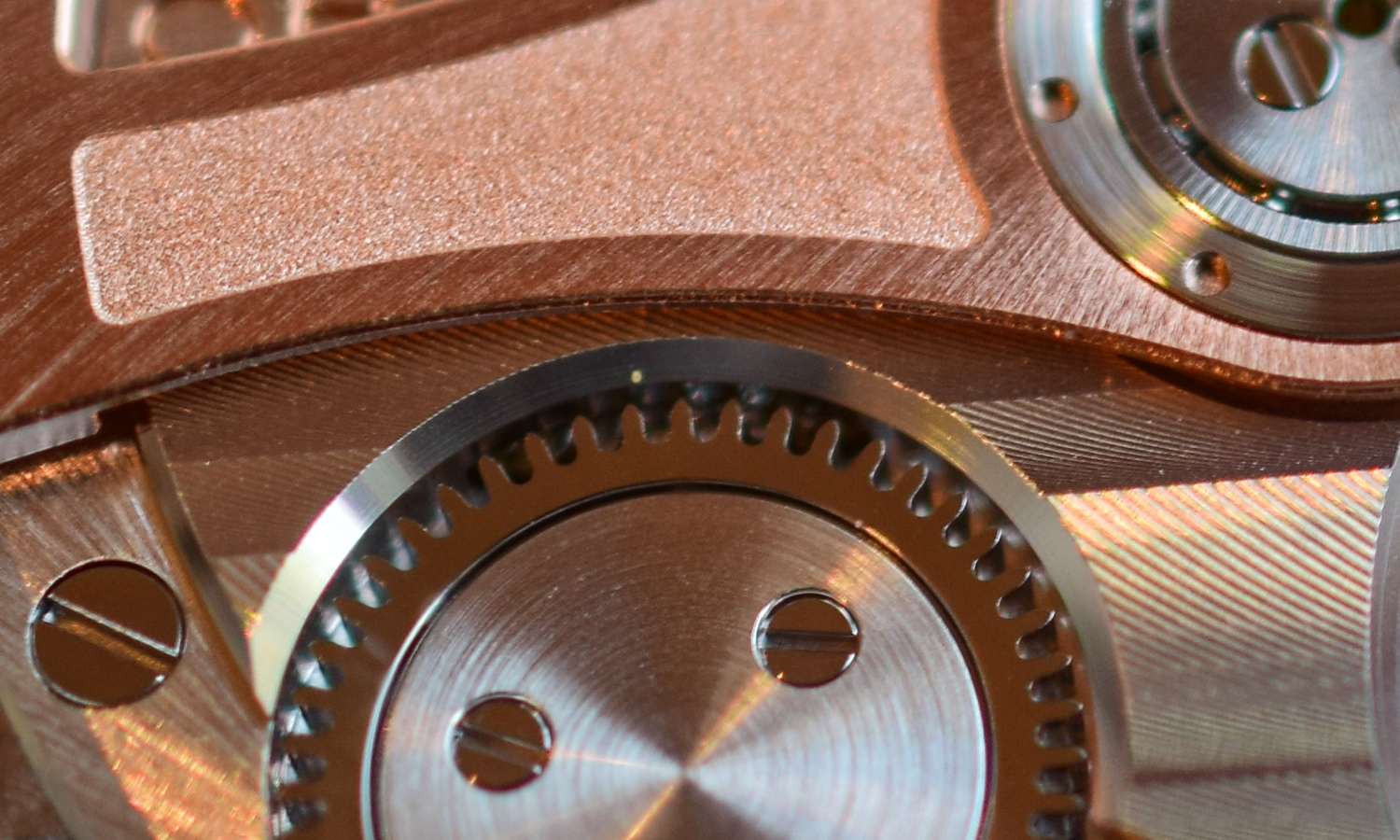 There you have it, up close and personal with the H. Moser & Cie Endeavour Tourbillon: