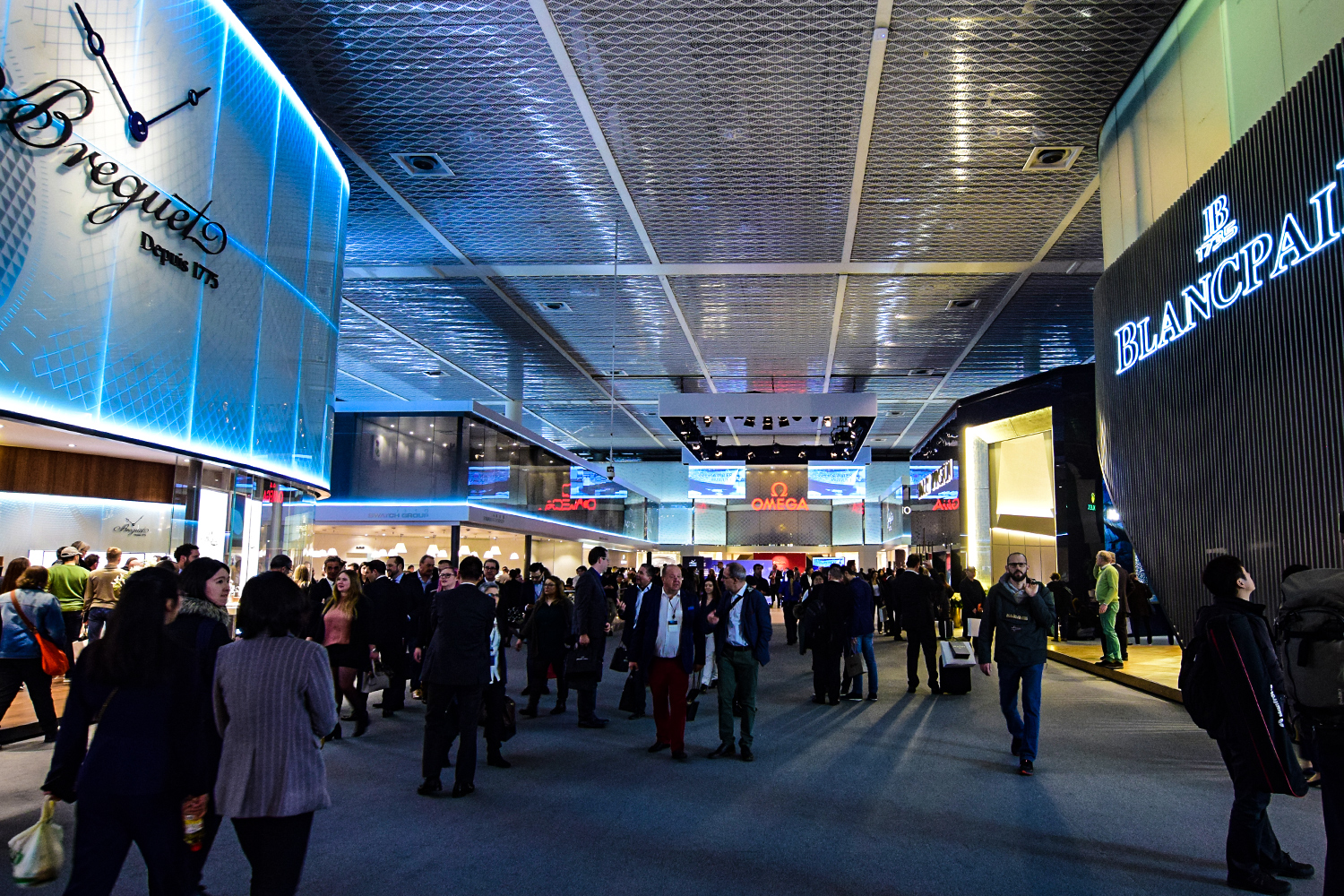 Swatch Group leaves Baselworld was the announcement yesterday. The ‘NZZ am Sonntag’ newspaper reported and clarified The Group (and Mr Hayek Jr’s) statement:

“Today everything has become more transparent, fast-moving, and instant. A different rhythm and a different approach is needed. In this new context, annual watch fairs, as they exist today, no longer make much sense. This does not mean that they should disappear. But it is necessary that they reinvent themselves, responding appropriately to the current situation and demonstrating more dynamism and creativity. The MCH Group, which organizes Baselworld, is clearly more concerned with optimizing and amortizing its new building – which, incidentally, is largely financed by the watch industry during the fairs — than it is in having the courage to make real progress and to bring about true and profound changes. For all these reasons, Swatch Group has decided that from 2019 onwards, it will no longer be present at Baselworld.”

Now, of course, this isn’t really a surprise. Unfortunate, yes, because it means the end of something we could rely on every year for news overload, yes because it is the end of something comfortably familiar and part of a yearly routine. However, it is not a big surprise if you look at what’s been going on for a while now. We’ve already briefly touched upon the subject in our recap of Baselworld 2018. The sheer cost of attendance has gotten a tad out of hand. Many complaints could be overheard at this past Baselworld concerning this very issue and how the fair was not really doing anything about it. Add to this the fact that the Group’s stalls at the fair were due a refresh, I’m assuming that cost alone was enough to make Mr Hayek’s team pause and think ‘Is this really worth it?’

From a business planning perspective, it makes a lot of sense not to attend this event in this day and age. Why should they hold all their key release news for this one event? It is surely not bad if you can time & spread your releases without being shackled to the fair’s opening week. In addition, why spend tons of money, essentially financing the MCH Group, if they could likely spend a lot less organizing their own events for their retailers with full control & likely just as good if not better results? Why not mimic the sort of “Apple Keynote” concept for big release news streamed ‘live’ to the general public? Pair that with more cost efficient & effective events for the business customers and I believe you could have a very positive outcome.

Let’s not forget that Baselworld’s main purpose for the brands is to secure orders from its retailers. The retailers arrive at Baselworld with their pre-thought budgets every year, ready to see what the brands will have to offer that year and then place one massive order which will more or less cover their yearly stock expectations. This is very big business. However, here again just looking at this concept from a distance, the entire industry, including retail, has been consolidating for a long time now. So it is not unthinkable that Swatch Group simply starts organizing their own event for their retailers, at a time of their choosing and in a format of their design.

The Swatch Group is now joining the more than 850 brands that have left Baselworld the past years, indeed attendance has been dwindling for quite some time now.  The Swatch group, is of course more than a single brand, it is the Group which houses a remarkable number of brands in its portfolio, such as Omega, Breguet & Blancpain. As per Swissinfo.ch “The 101st edition of the Basel-based fair took place in March with a stable attendance, but with 650 exhibitors – half the number that participated in 2017. Critics have called for a new approach to its organisation. The […] departure also jeopardises the future of the fair’s operating company, MCH Group, which belongs to the cantons of Basel-City, Basel-Country and Zurich.”

Hermès and other heavy hitting brands, have already left the fair for the more exclusive SIHH. SIHH is of course the playground of the Richemont Group, so it is highly unlikely that the Swatch Group will be present at this fair. In fact, Hayek has clearly stated that he considers the concept of watch fairs to be outdated and not in tune with the fast moving times we live in. Hall 1 will now be dominated, for the time being at least, by Rolex, LVMH & Patek. I’ for one am very curious to see what changes Baselworld 2019 will present to us.