One of the biggest smash hits in recent horological memory is without any doubt the Tudor Black Bay. It is also arguably the release which set in motion Tudor’s recent triumphant ascendancy. The first Black Bay was released in 2012, and it has rapidly gained an iconic status. At the Grand Prix d’Horlogerie de Genève of 2013, TUDOR won the “Revival” Prize for the Heritage Black Bay. It is the very watch that pulled TUDOR as a brand out of the shadows and straight into the spotlight.

Now just a few years later, there are multiple models and versions to choose from. This guide will make an attempt at highlighting the key differences & features of each model. It seems the Black Bay releases keep rolling out (a bit like the many Speedmaster models being released on a yearly basis) so this guide will hopefully help you see the wood for the trees.

The one detail to keep an eye on when buying a watch new or used, is simply if the watch smiles at you. This is to be taken quite literally in the case of the Black Bay. If it smiles, it means you’re dealing with the initial ETA models. If it doesn’t smile, you’re looking at the models with the In-house manufacture calibers which were introduced across the range as of mid-2016. If anyone mentions the ‘Smiley face’ when referring to a Black Bay, it means the ETA & original release. Have a look at the side by side comparison below, and note how the bottom text ‘self-winding’ curves up (smiles) on the ETA version. ETA is featured on the Left, In-house on the Right:

A note on the ETA-2824 movement: Keep in mind that this is a heavily modified version by Tudor. It is ETA based yes, but Tudor certainly left their mark on it. In addition, it is of course a tried & tested movement at that, so again, nothing to dismiss.

Key differences between both movements and their impact on the watch can be summarized as follows:

MARK I (Reference 7922R): The one that started it all. Here the question (and heated debate) is focused on which one you should get. The Tudor Black Bay Red was initially released with a modified ETA 2824 movement and a slightly different dial layout than what you see in today’s version:

Note that the Tudor Shield logo is not seen on this dial, and instead the retro ‘Tudor Rose‘ logo stands above the name Tudor. In addition, you can see the text is clearly curving at the bottom, indicating that signature ‘smile’ of the original Black Bay.

Finding one of these today is certainly not impossible so it is worth checking what you value most in the watch purchase. The Smiley faced one, is the very first Black Bay model that saw the light of day. If that is something that you value, this is worth keeping in mind. In addition, note that the case thickness and how it wears is slightly different from the In-house version, as also indicated at the start of this article.

MARK II (Reference M79230R): Tudor released an updated version  now with an in-house calibre MT5602. This movement is Chronometer / COSC certified. You can quickly recognize the in-house model as it has the clear Tudor Shield logo (and not the Tudor Rose logo from the ETA based one). Also the ‘Smiley face’ text at the bottom of the dial is now replaced by three lines of straight text. Finally, there was a slight change to the bracelet between these two, the newer one using oldschool rivets to keep the links tied together (note that they are ‘faux’ rivets). The older version had smooth sides to the bracelet.

If possible, try both watches on before making the jump. There are passionate supporters in both camps. Keep in mind that in today’s vintage-crazed market, the ETA version is priced above the new In-House version.

Much the same rings true for the Blue as it does for the Red. The difference here is, you guessed it, the blue bezel. In addition, the rose gold highlights on the BBR’s dial are here replaced by clean white gold color. Overall it is the same watch but it gives a completely different vibe. The BBR has that clear Heritage feel to it with a nod to the past, whereas the BBB seems to acknowledge the present, if that makes any sense..

Just like with the BBR you need to worry about two versions: The Tudor Black Bay Blue where you have the ETA version (reference 79220B) with its Smile and the In-house version (ref M79230B) which is straight-faced.

Same reasoning here as with the Blue, and keep in mind here again you’ll find the ETA version (reference 79220N) and then the newer one with the in-house movement (reference M79230N). Worth keeping in mind is that the ETA version (cfr supra) was in production for a very short time, so I’d guess these will make fine collector’s pieces as there’s a limited amount of these in circulation. For no other reason than that, if you’re looking at the Black Bay Black, get the ETA one?

Different from the Blue is that here you have again the oldschool colour design on the dial, similar to the BBR. It makes for a striking look in real life, pictures certainly don’t do it justice.

Ok, there is no metalhead Black Bay. However, for Baselworld 2016 and 2017 Tudor released a couple of variations on the black bay by playing with the metals. Baselworld 2016 saw the introduction of an all black model and a bronze model. The Bronze model is made to patina big time (the case itself). I do wonder how a soft metal such as Bronze will stand the test of time, and only time will tell. Any of the below watches is and has up til now only been available in their current form and with Tudor’s Calibre MT5602. In fact the Bronze was used to ‘highlight’ the introduction of their in-house calibre in 2016 in the Black Bay family:

Baselworld 2017 followed up on the trend and saw more varations on metal. No flying under the radar with these two. Note that they introduced the Date complication to the Black Bay:

There are three Special Editions at the time of this writing. One is the Tudor Black Bay Bronze Blue Bucherer (Tudor 5B or Tudor BBBBB). This was released for Bucherer’s 130th Anniversary. A very well executed special edition (which doesn’t happen very often):

To the same spirit, there’s also a Tudor Heritage Black Bay “Orologi & Passioni” limited to 50 pieces for the Italian watch crowd and specifically members of the forum the edition is named after. Note the red Italian text on the dial: 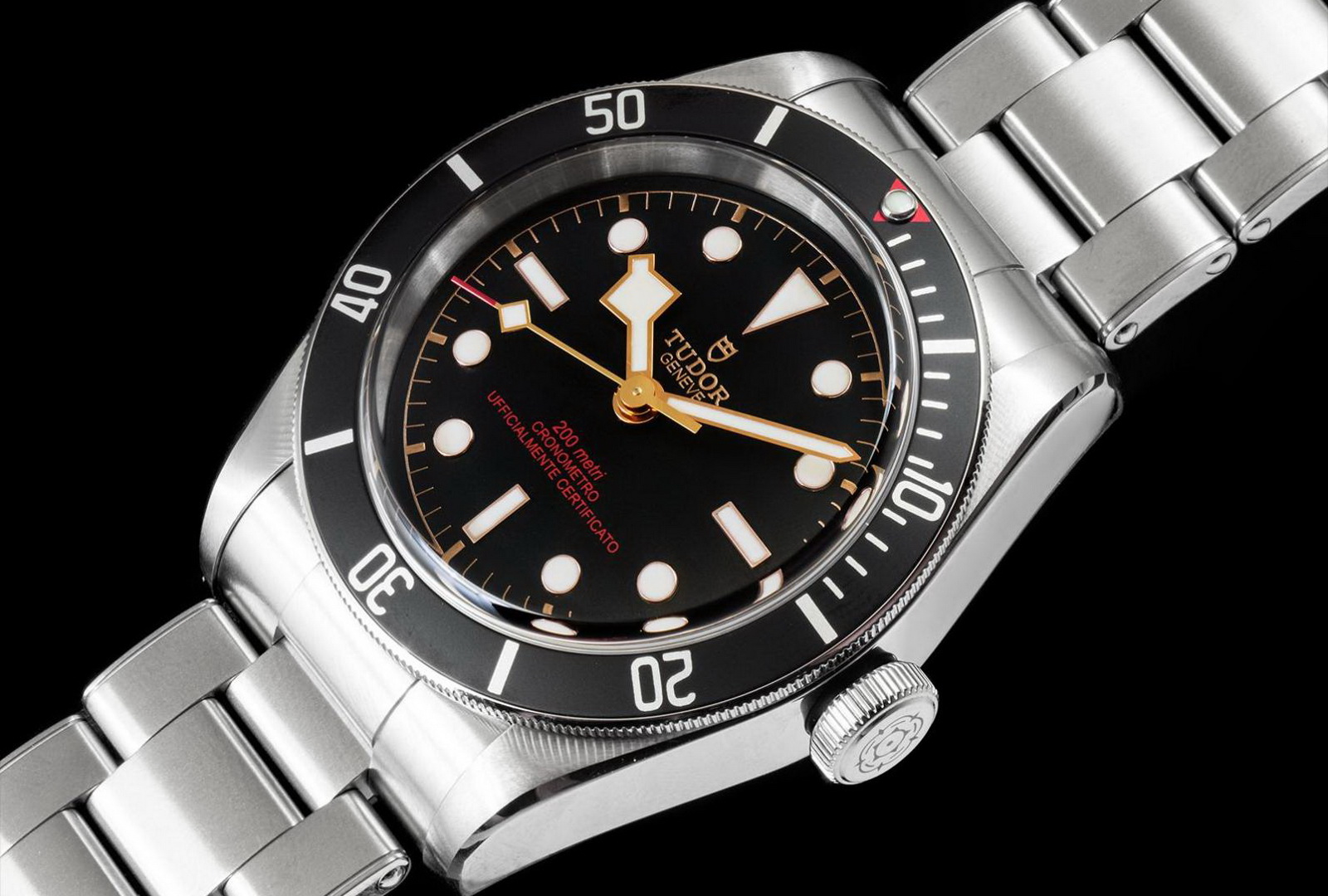 The other Special (numbered) Edition is the Tudor Black Bay Green release which is exclusive to Harrods. It plays with that typical Harrods’ green colour. Wait time for these was running up to 2-3 years, your miles may vary.

For completeness, there are two pièces uniques in the Black Bay world. These were released in 2015 and 2017 for the ‘Only Watch’ auction. Proceeds of those sales go to charity. The one that blew everyone away was the Tudor Black Bay One. The final price after bidding, landed on a cool 375.000,00 CHF. It was the first ever pièce unique from the Rolex/Tudor family which could help explain the massive price difference from a retail Black Bay: 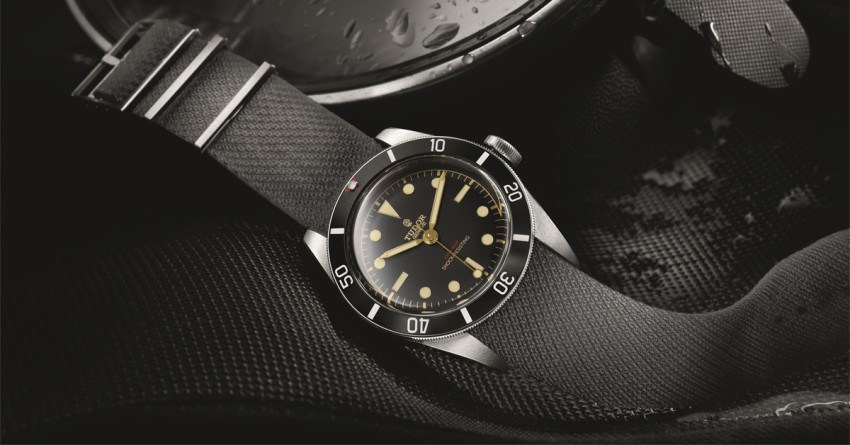 The Tudor Watch Bronze ‘Only’ watch’ with its crownCrown The knob on the outside of the watch that you typically use to either wind the mainspring or set the time [Learn More] on the left side and all together fantastic color scheme. The winning bid was 350.000,00 CHF: 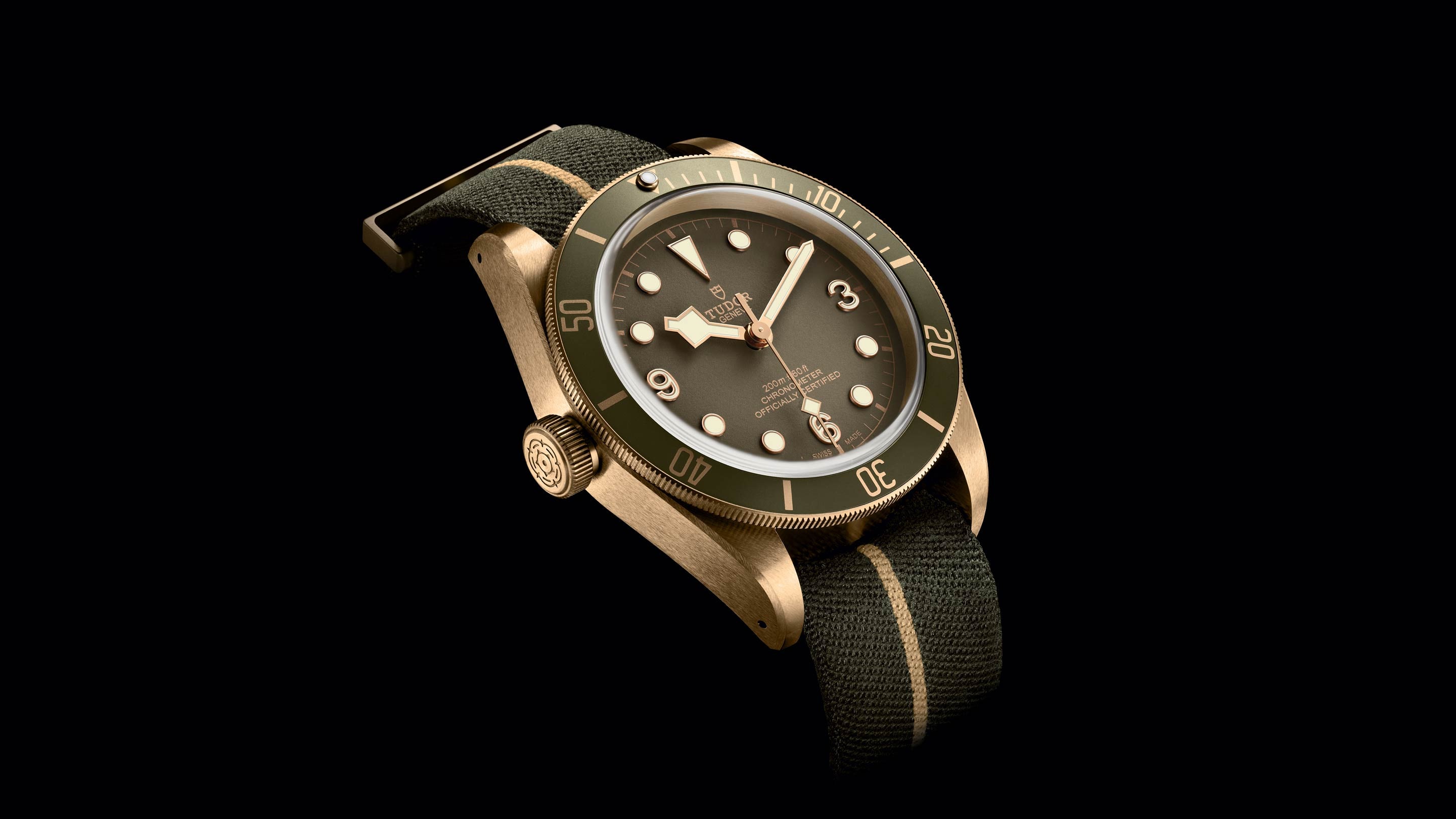 Small wrists around the globe cried tears of joy when Tudor released the Black Bay 58. For many small-wrist watch enthusiasts, the only ‘issue’ (for lack of a better word) with the Black Bay range was the general size. Tudor’s Black Bay 58 was introduced to the world at Baselworld 2018. The new BB58 is a downsized Black Bay, in both thickness and diameter. So in case the Original Black Bay series is just too big to your liking, you may want to give the BB58 a chance. We had a chance to try it out during our Brussels meet-up and everyone present seemed to agree: Tudor has nailed it, yet again.

If you’re looking at getting a Black Bay,  I hope this guide will help you find the perfect one out there for you. As you now know, there’s plenty of choice out there…