Chronode is the company founded by watchmaker Jean-François Mojon. Jean-François is one of those unsung heroes of the watchmaking industry. Agreed – the man did win the Prix du meilleur horloger concepteur  (Best Watchmaker) at the 2010 Grand Prix d’Horlogerie de Genève (GPHG). However, you can’t argue with us if we say it isn’t a name that sounds familiar to most. The GPHG described his record as follows “after obtaining a degree in engineering and microtechnology at Le Locle, he distinguished himself in the research and development of movements and complications for many watch brands, including IWC and the Swatch Group.” And this interest and specialization is what ultimately led to the founding of Chronode in 2005.

In 2014 Chronode merged with Compagnie Horlogère Locloise which formed Chronode SA as we know it still today. Chronode SA is located in Le Locle, Switzerland. You may have never heard of the name of the company, but you will surely have seen some of their work as they have contributed to some of the most talked about timepieces in recent memory. 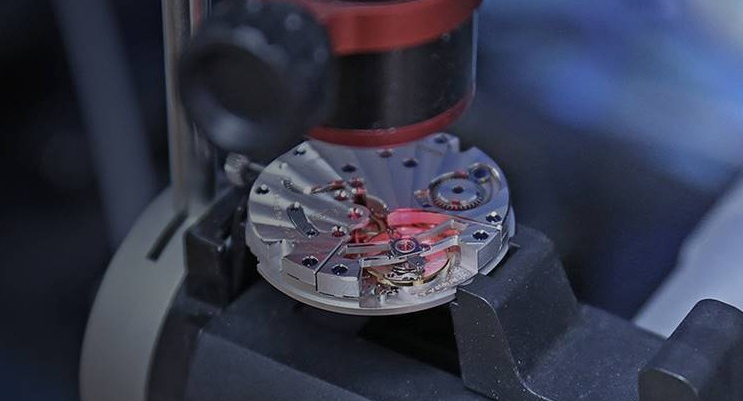 Innovation, development and marketing of watch products. Specializing in the development of mechanical movements and complications. They design & develop watches, as a 3rd party, for other established watch brands. Excluding fondue moitié–moitié, this is about as Swiss as it gets.

Chronode remains mostly unknown to the general watch-buying public. This mainly because they focus their efforts on R&D and the manufacturing of mechanical movements and complications. Basically, the elements of a watch you don’t actually get to see once it is on your wrist..

They are in a way one of the few heart surgeons of the industry, providing mechanical watches with their much needed heartbeat. Their expertise has allowed them to develop and contribute to the movements of some of the most innovative watches released in the past decade. From classic styled watches to otherworldly ‘time machines’, they seem to know no boundaries. Hereunder, a selection of some of their work:

The LM1 movement was jointly developed by Jean-François Mojon and that other rockstar Kari Voutilainen (who warrants his own ‘Backstage’ column). Mojon developed the movement, Voutilainen was responsible for the design and finishing. Both names are also proudly engraved on the movement.

Consequently, the LM2’s movement saw the light of day thanks to the same duo working their engineering & design magic:

Horological Machine No.5 (HM5)’s movement was  developed by Chronode’s Jean-François Mojon and Vincent Boucard which ensured that the Horlogical Machine didn’t only have a soul but also an everlasting heartbeat:

HYT is unique in the watch world using fluid mechanics to tell time. If you’ve ever seen one of their watches in the flesh, chances are you’ll never forget. The H1 model keeps pumping thanks to Chronode’s co-developed movement:

Harry Winston’s Opus X has its voice heard thanks to the work put in by Chronode. Jean-François as its conductor is proudly mentioned on the caseback:

The above developments are only a few examples of the work that’s been put out by Jean-François and his team at Chronode, showcasing their ingenuity & savoir-faire. The company exists for a little over 10 years and they have already and quite decisively made their  mark. The question is not ‘what’ they will make next, it is rather ‘when’ and we’re all looking forward to it. From now on, whenever a creative new haute horlogerie timepiece is released, have a look at the fineprint of the press release, you just may find Chronode in there…

Note: Pictures included in this post belong to the respective brands. Pictures from Chronode’s workshop belong to Chronode SA. Please respect their copyright.