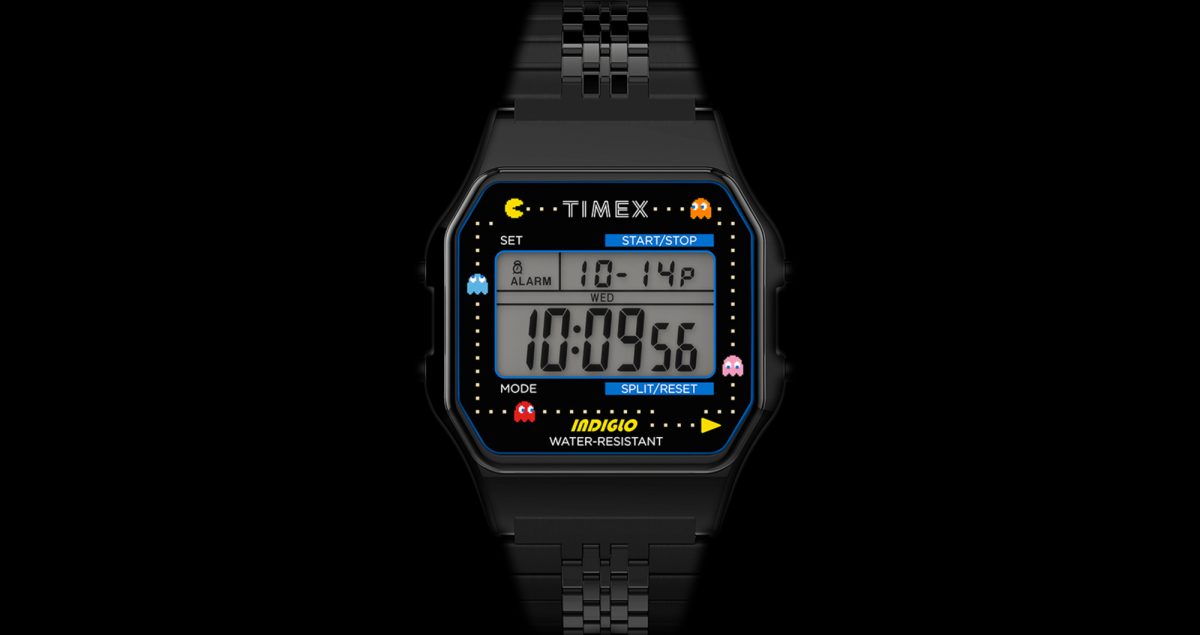 Do you remember the days when you used to do stuff just for fun? People would ask you “Hey, what are you doing?” And the answer would be something like: “Nothing, just having fun”. That answer would suffice, and yes I’m going to say it, those were the good old days. And in those days, I was probably spending my not so hard earned coins (thanks mom and dad) in the arcade on a game of Pac-Man. Many hours were spent in the arcades, that much is for sure.

Timex playing our emotions like a seasoned harpist has decided to launch a worldwide assault on us by re-releasing the Timex Pac-Man T80.

I had narrowly escaped getting played last year, as Timex had sent a limited number of these out in 2019. You may remember 2019 as the last year you were able to roam freely outside without fear of pandemics and such.

In 2020, a year where arcades are nearly extinct and roaming freely outside is nothing but a distant memory, a ray of digital sunlight shines upon us once more.

Timex is launching the T80 Pac-Man, available online, in a non limited edition this time – worldwide! US customers get early access with the rest of the world to follow shortly after this summer.