Yesterday morning, I had the opportunity to join the live webcast to see Sinn’s novelties for the year 2020. I had some hopes due to my interview last year at the Sinn HQ (check out the audio interview right here), but I wasn’t really sure until I saw it with my own eyes. A smaller version of the popular rugged Sinn U1, aptly named U50, for it’s 50 Bar water resistance. I had a hard time containing myself whilst watching the live stream and sending texts to my editor! Let’s get a closer look at this shall we? 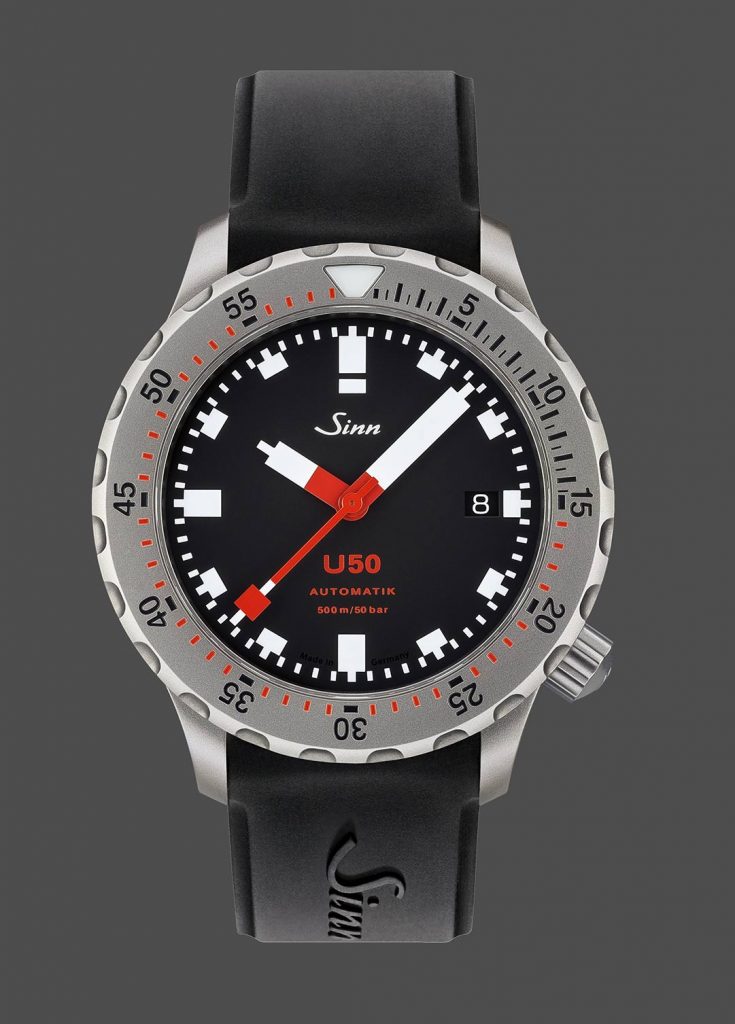 The U1 has been a great success and it is probably one of the coolest modern dive watches out there in the world. 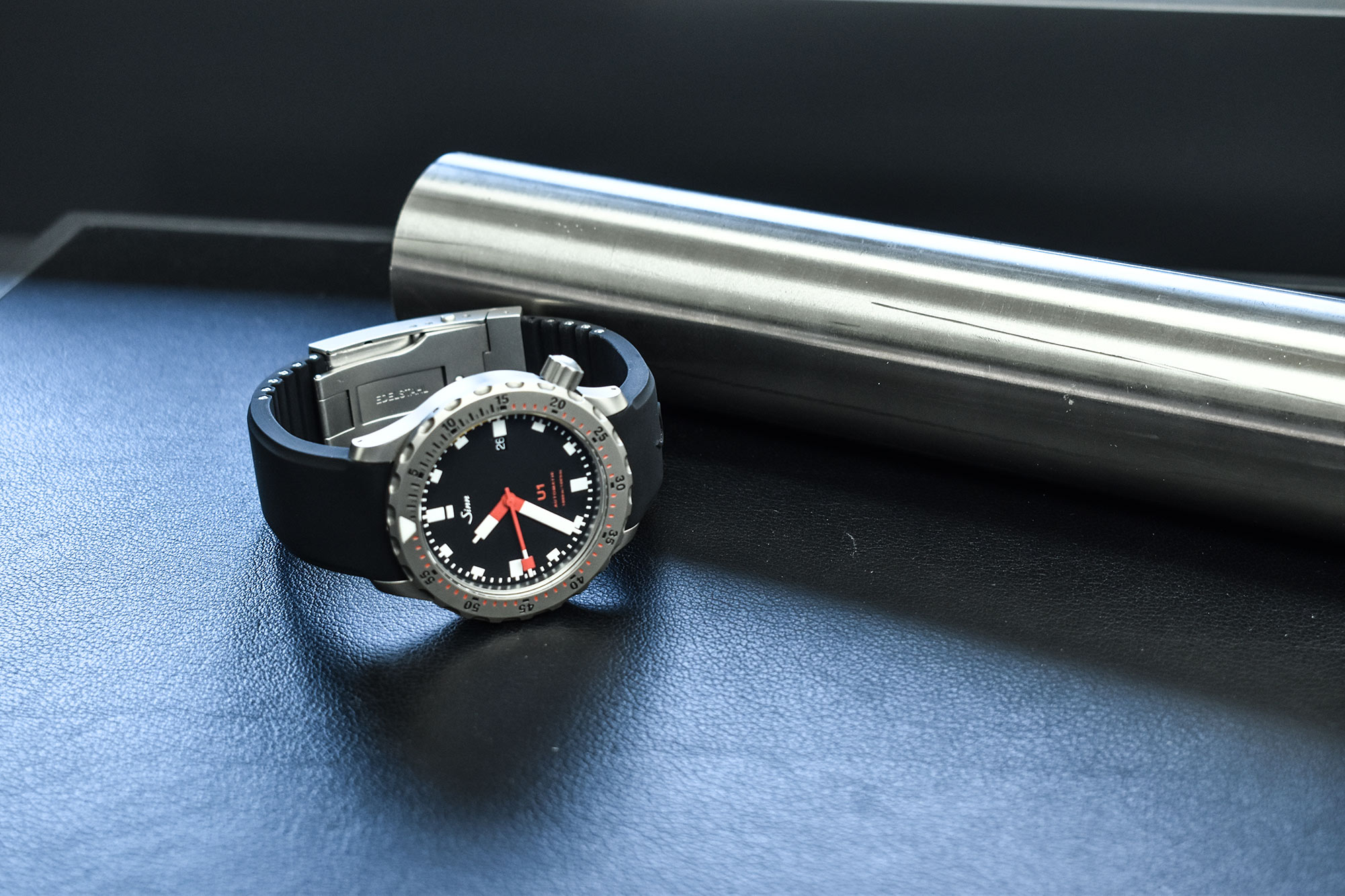 It is a no-nonsense watch that is definitely over-engineered for the average desk diver, with its case made of German submarine steel and Tegiment treatment, which increases its scratch resistance. 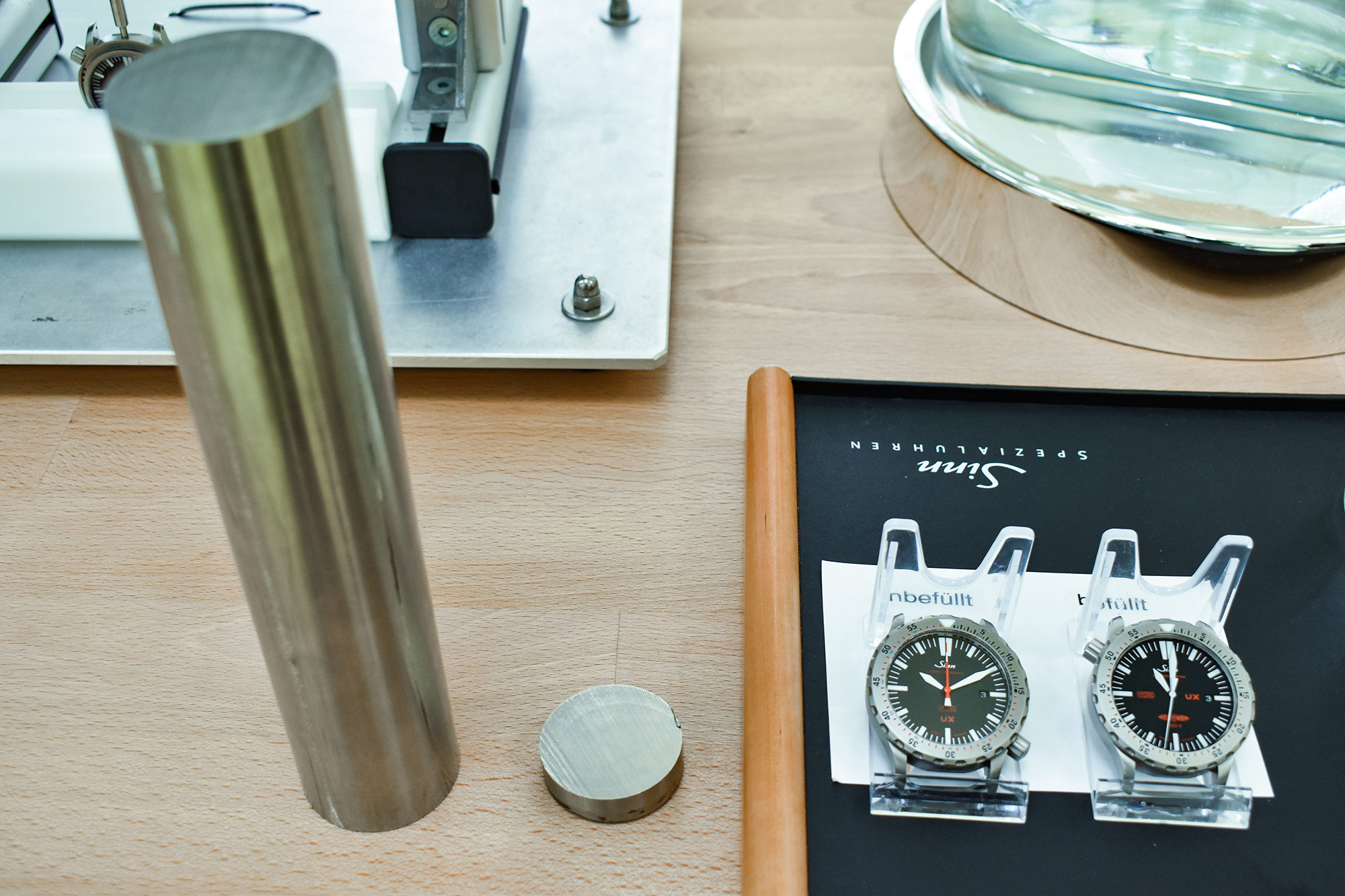 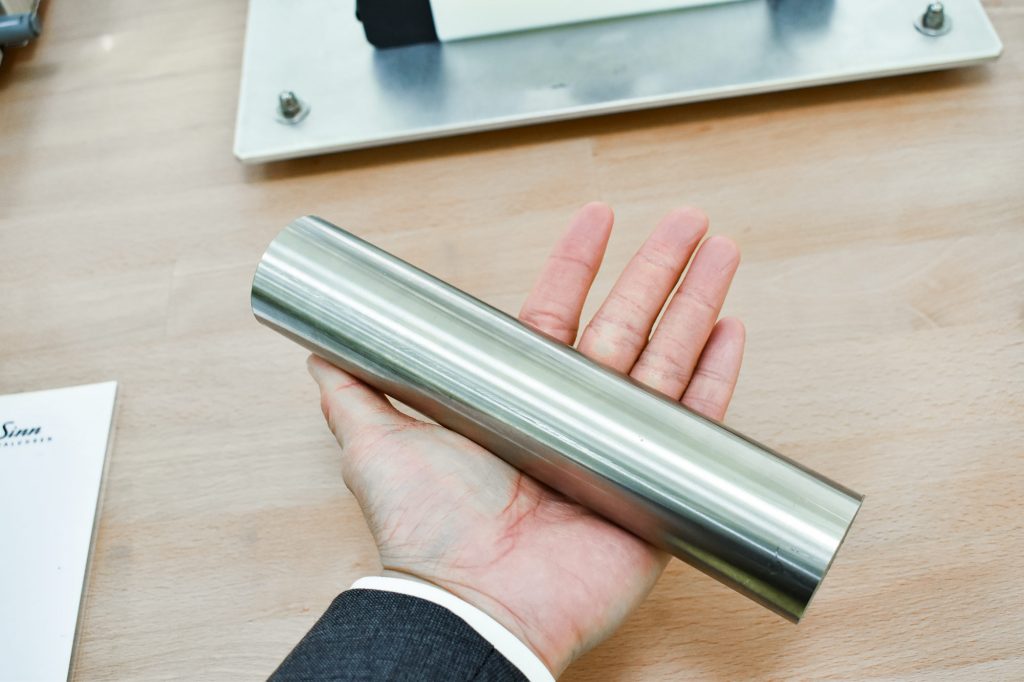 That makes this the ultimate dive watch that you can do anything with, while not having to worry about leaving a mark. However, the size has always left some enthusiasts holding back with its 44mm case and 14.8mm height, while it does have a modest lug to lug of 49mm, it is still a big watch. 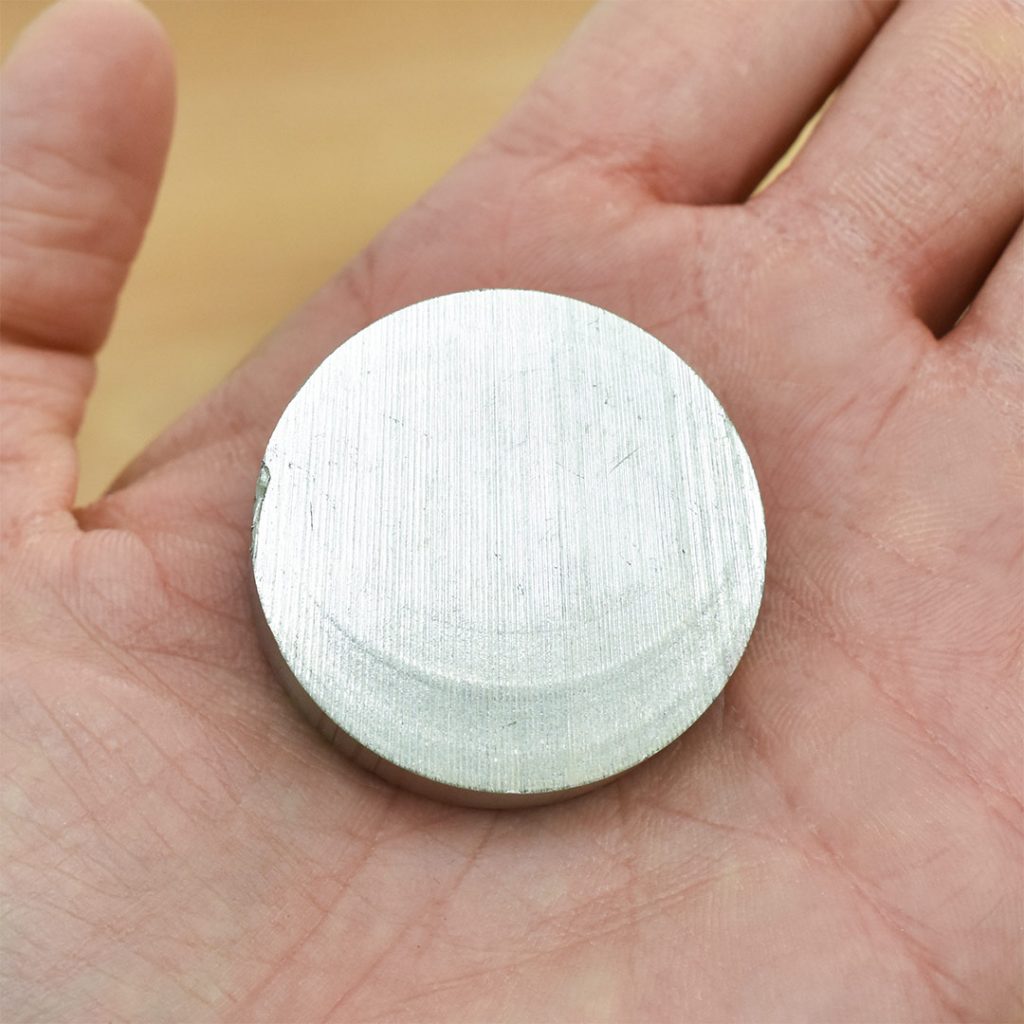 So, when the U50 was revealed and the specs were shown, I couldn’t believe it, Sinn listened to the fans and made their dream come true. While it is still cased in the uber cool submarine steel, the size is now a very wearable 41mm. What really surprised me and I think most people who saw the watch, was how thin it is at 11.15mm. 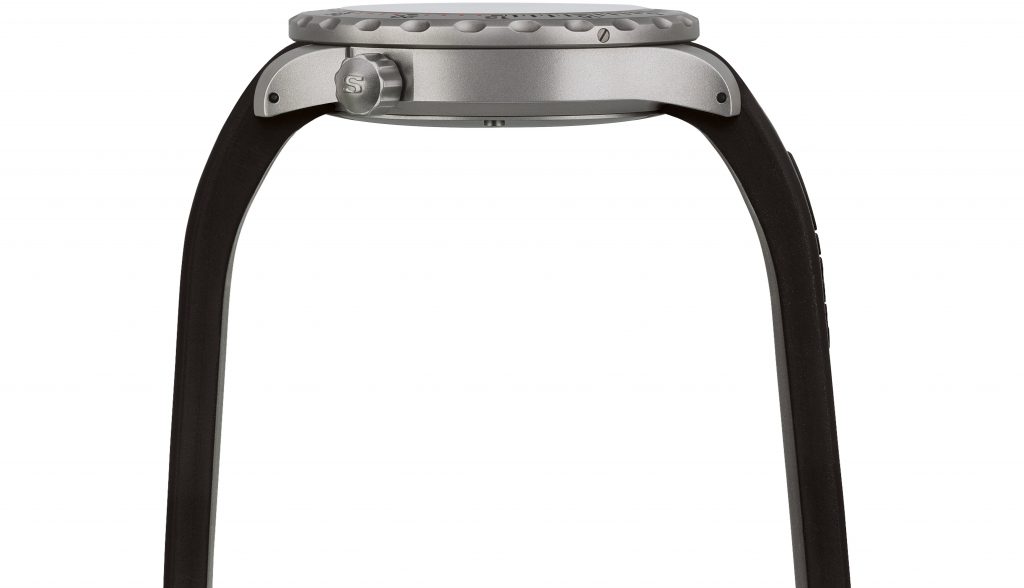 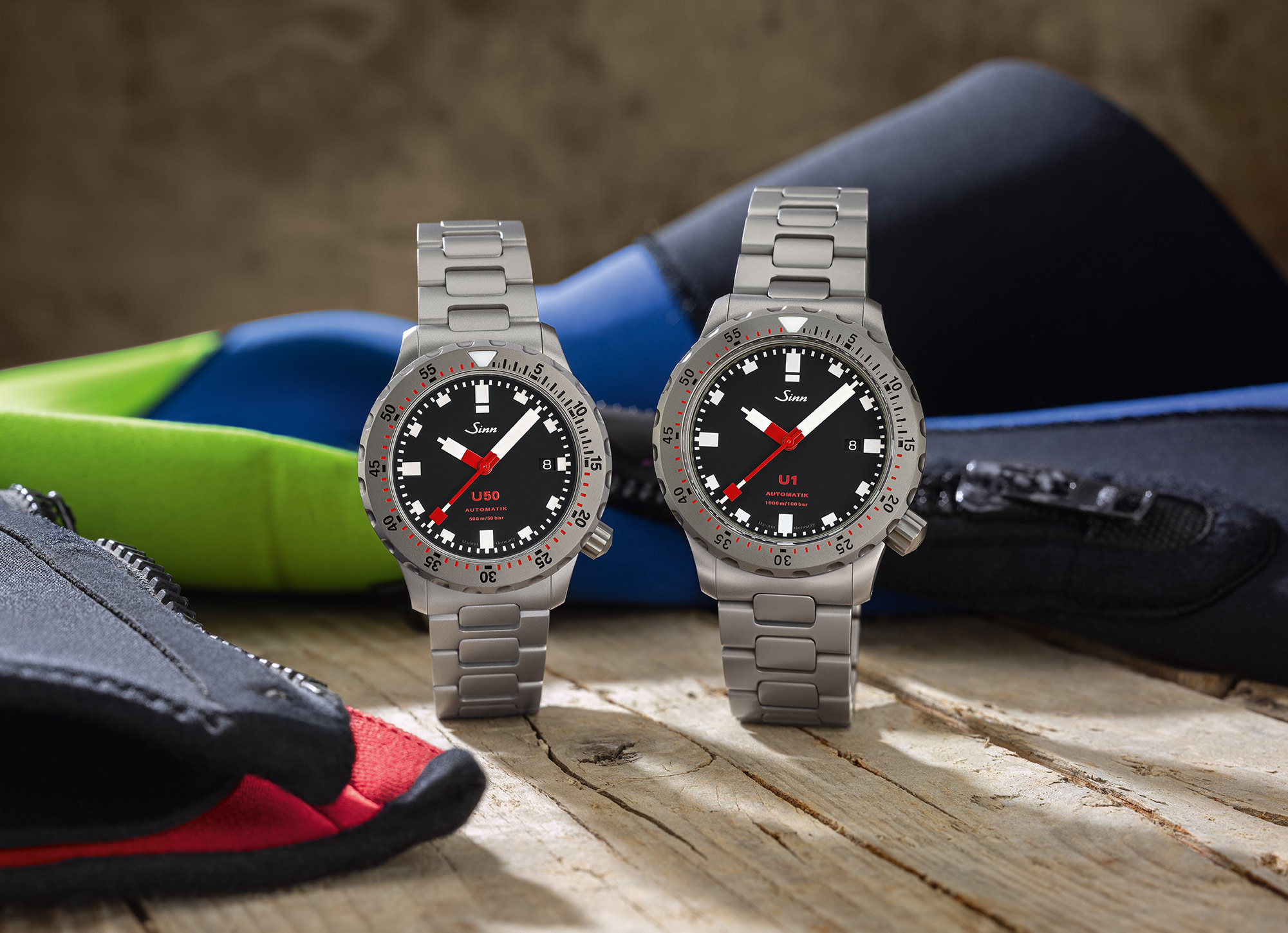 Beating inside at 28,800 beats or 4Hz is the SW300-1 which is the Selitta equivalent of ETA 2892. The difference between the 2824 and 2892 isn’t dramatic, however the winding feedback between the two is night and day, where 2892 wins every time. I’m a bit surprised here as this is usually seen in watches with higher price points such as IWC and Omega, before their switch to the co-axialCo-Axial Escapement The co-axial escapement is a type of escapement mechanism invented by George Daniels, a British watchmaker, in the 1970s, and is characterized by the use of a co-axial wheel, which is a three-level wheel that replaces the traditional pallets used in other escapements. It uses a unique design that allows the gears to run with less friction, which means that it requires less maintenance and will have a longer lifespan than traditional escapements. Additionally, it is said to be more precise than traditional escapements, this is mainly because of the decreased friction which allows the balance wheel to oscillate more consistently. [Learn More] movements. 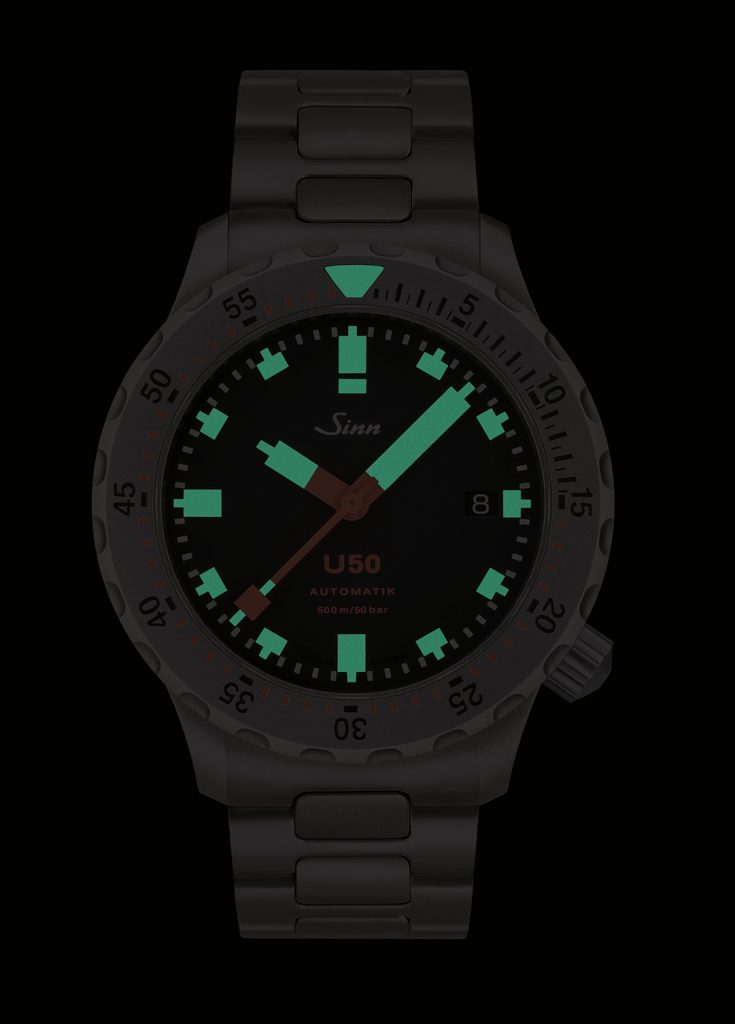 The dial still retains the blocky white indexes on the matte black dial offering great visibility and red seconds hand and red text. The prices for these range from $2,180 for the U50 to $2,940 the all black U50S with Tegimented black coating on the bracelet as well. You can also purchase the watch with the proprietary Sinn rubber strap that is fitted to the case as well. 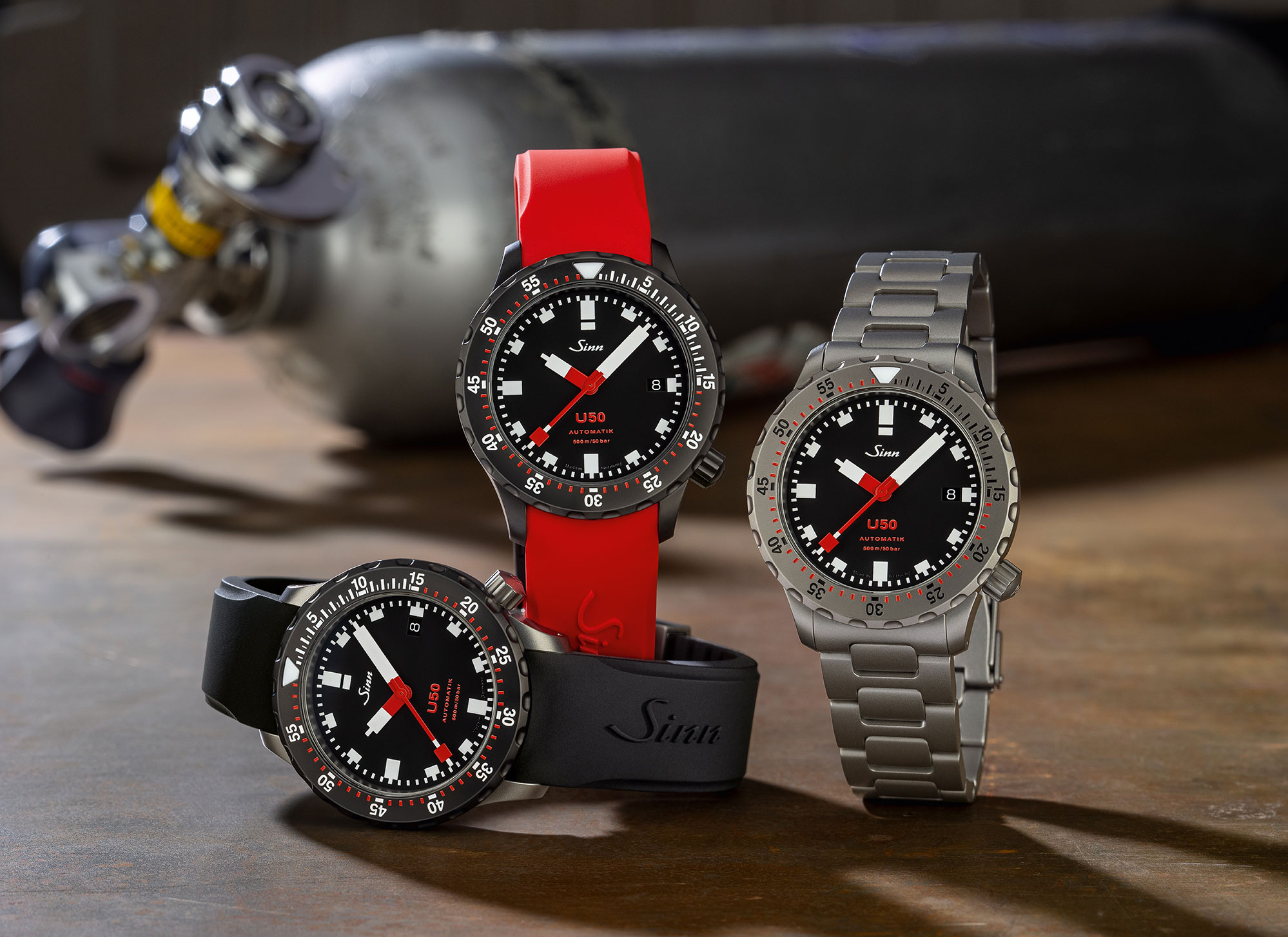 Overall, I’m very pleased to see Sinn making the U50 and cannot wait to get my hands on one to examine in person.