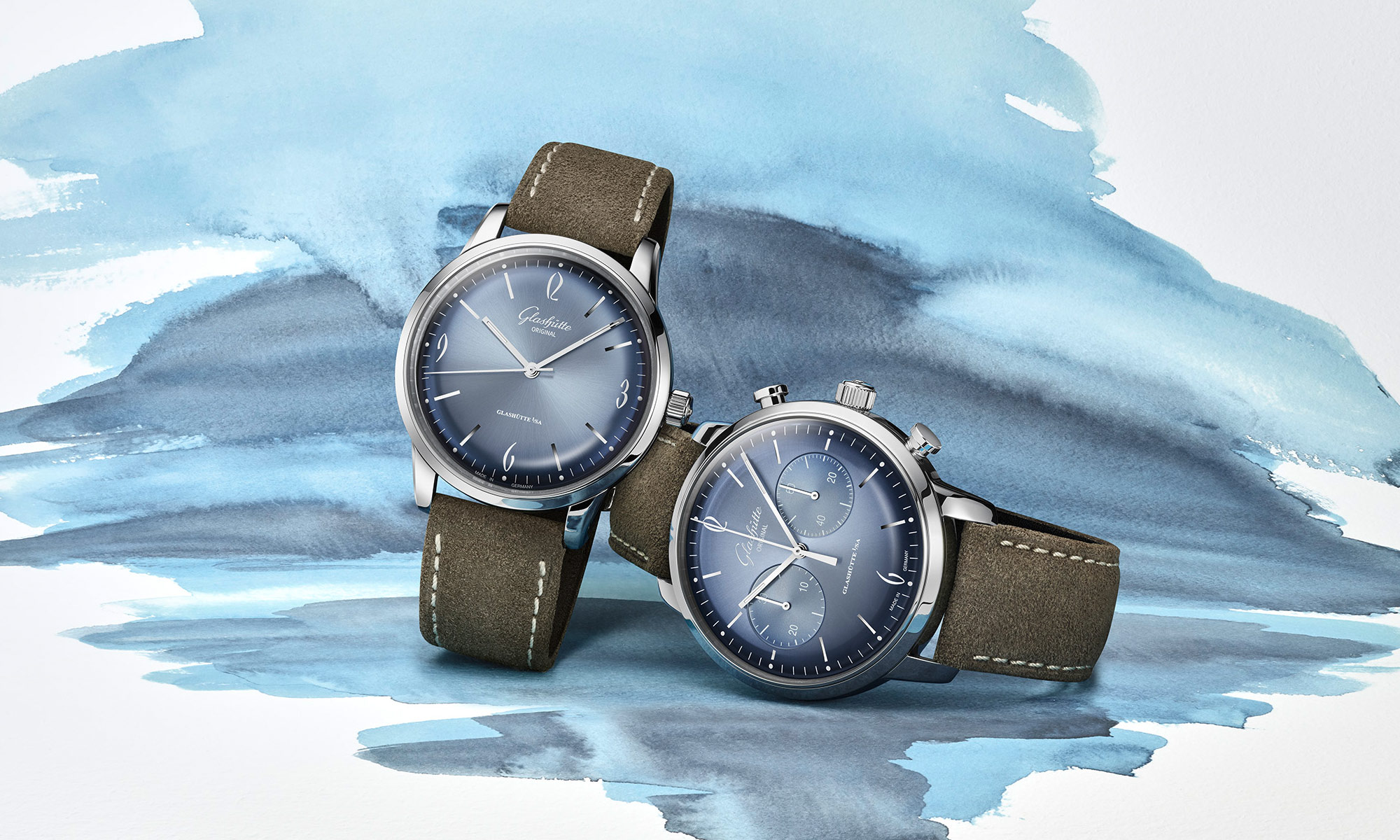 Glashutte Original is known for their elegant dress watches and their excellent finishing, however, the past few years, they have been introducing a series of annual editions to jazz up their line up with some bold designs starting with the green lacquered texture dial in 2018 and the fiery orange dial in 2019.  For 2020, Glashutte Original introduces the cool glacier blue for the three hand only 60s model at 39mm and also a new 42mm chronograph model to the line up as well!

While this dial isn’t as eccentric as the previous releases, the blue is very elegant and is inspired by the Alps and the glaciers.  The dial is also equally intricate as the blue dial first receives a sunray finish before being pressed into the domed shape as seen in the side profile shots.

It is later sprayed with dark blue lacquer around the edges for the gradient look.  These are hand finished and thus, every dial in this series is different from another.  All these, is of course done in-house at the company’s factory in Pforzeim, Germany, a city known for it’s dial manufacturing.

The movement beating inside the 39mm three hand watch is the in-house caliber 39-52 automatic movement.  It has been around for awhile now with a nicely finished three-quarter plate and Glashutte stripe and the well known swan-neck adjustment.  The skeletonized rotor with the cool double G also have a 21K gold oscillating weight.

The movement for the 42mm chronograph is a modular chronograph movement, that is, the base movement is the 39-52 but a chronograph module added on top.  This movement has a sub second counter at 3 o’clock and a 30 minute counter at the 9 o’clock position. While the time only 39mm watch is only 9.4mm tall, the chronograph is no slouch itself as it is only 12.4mm thick! The power reserve is the same for both model at 40 hours and can be seen from the domed sapphire crystal from the caseback.