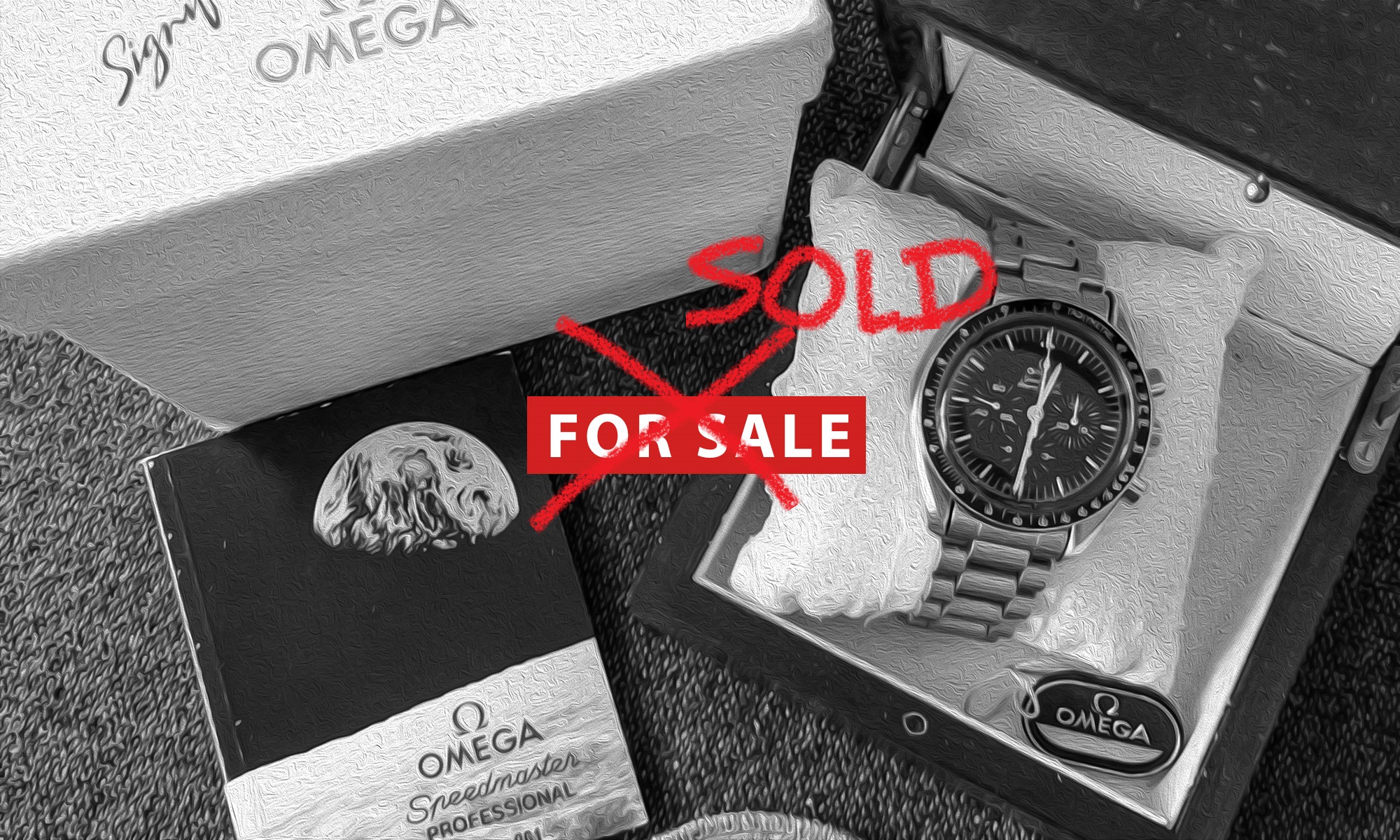 NOTE: THIS WATCH HAS BEEN SOLD, NO LONGER AVAILABLE

For the first time ever, a watch listed for sale on DE GRIFF. Not just any watch, but an exceptional Speedmaster, from an exceptional collector, and yes – for an exceptional price. Without further ado, let’s dive directly into the listing of the one and only WatchWalker.

Many of us are familiar with the endless stream of Speedmaster Moonwatch Limited Editions that hit the market in past years.  Yet an early LE from 1989 remains a very rare bird.

To commemorate the 20th anniversary of the Apollo XI moon landing, Omega decided to introduce three different series in steel.   For the US 2000 numbered ones, for Germany 250 numbered ones and for the rest of Europe a limited edition of 4000 pieces.  All of these were similar to the standard model except for some engraving on the caseband, their packaging and the bracelet on the European and early US models.

The watch for sale is one of the 4000 European pieces showing the text “Apollo XI 1969” engraved on the side of the case.  The paper booklet with the individual number and the original nato strap got lost somewhere in  the past.

The 20th anniversary embroidered badge is included and much more important, so are the unique precious wooden box and white outer box with golden Omega print.

This reference 345.0022.100 does come with the original and super rare 1450 bracelet with 808 endlinks, a bracelet that easily fetches over €1000 as it is arguably the most beautiful steel bracelet ever released on a Speedmaster with its sturdy half-moon links.

This 20th anniversary watch is worn yet in unpolished condition and the handwind caliber 861 was serviced late 2018 by an official Omega service centre.  In combination with the no-stretch 1450 bracelet, this creates a rare opportunity to own a classic hesalite Moonwatch with beautiful patina on the hands and indexes.

Unpolished and classic collector’s watch. Grab it while it lasts for this very sharp offer of €6000.  The watch is located in the Netherlands and inquiries can be directly addressed to watchwalker@icloud.com.