Some people take watches very seriously. They speak about them in hushed tones and use fancy words that are derived from many different languages, and they work themselves up into a lather about things like tourbillonTourbillon A tourbillon is a complication in a mechanical watch that is designed to improve the accuracy of the watch by compensating for the effects of gravity on the balance wheel and escapement. It consists of a rotating cage that holds the balance wheel and escapement, which rotates on its own axis once per minute. This rotation helps to average out the positional errors caused by gravity, making the watch more accurate [Learn More] cages and engraved balance cocks and anglageAnglage Anglage is a decorative technique used in the finishing of mechanical watch movements. It involves beveling, polishing, and chamfering the edges of various movement components, such as the main plate, bridges, and gears, to create a smooth and polished look [Learn More]. Let me tell you, you haven’t lived until you’ve had drinks with a guy who won’t shut up about anglage. 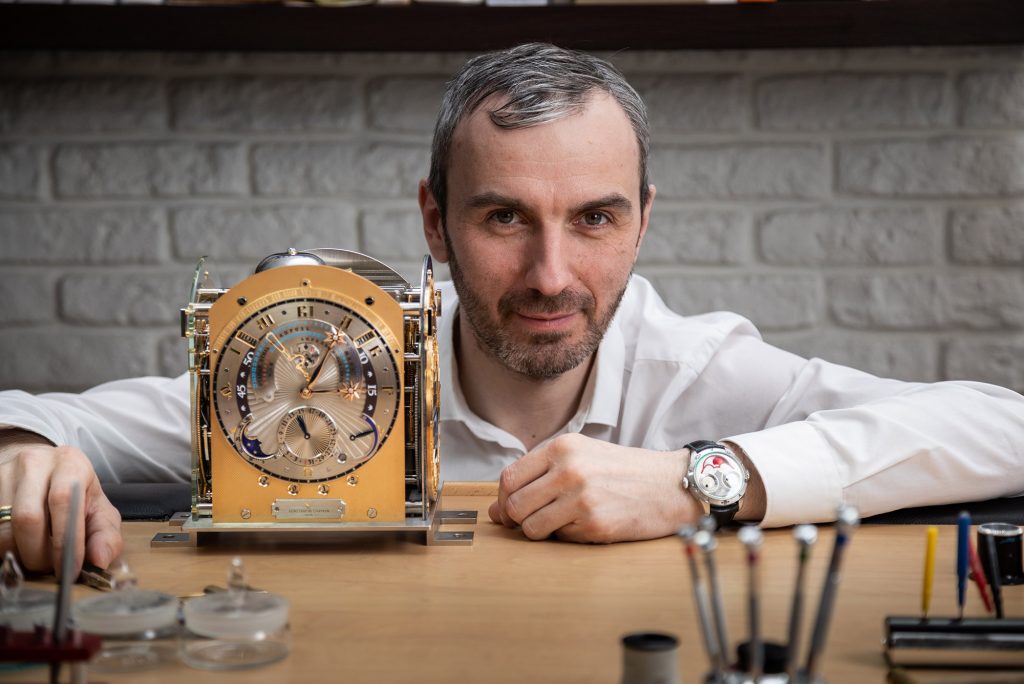 The thing is, Konstantin Chaykin is at first glance, perhaps, one of those serious watch guys. He makes clocks with tourbillons that incorporate parts so small they require special optical equipment to view. He makes classic astronomical complications and finishes his movements in traditional and beautiful fashion. But there’s also something offbeat, just under the surface. 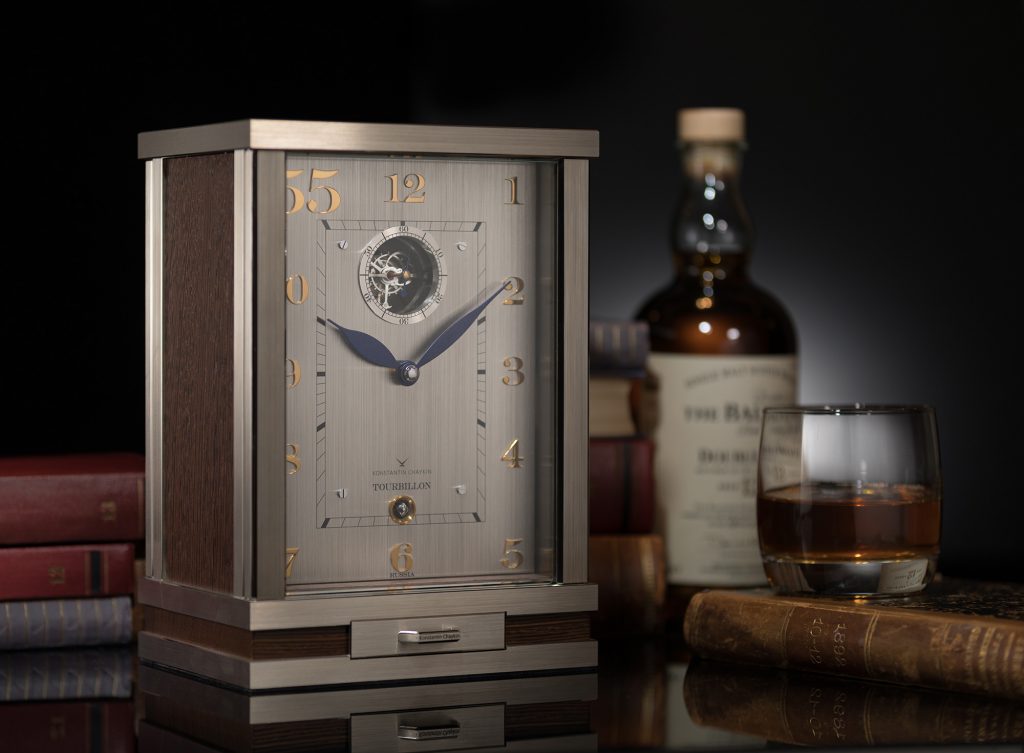 Consider the Decalogue, Chaykin’s Jewish calendar watch, with hands that rotate backwards and count completely obscure units of time measurement that are only used in the Jewish calendar and absolutely never in watches. And then there’s the Lunokhod, a moonphaseMoonphase A moonphase complication is a feature found in some watches that displays the phase of the moon as it appears in the sky. It typically includes a small disc with a representation of the moon, usually with a depiction of the lunar surface, that rotates to indicate the current phase of the moon. The disc rotates once every 29.5 days, the same period of time it takes for the moon to go through its lunar cycle. [Learn More] watch that Chaykin proudly proclaims is the only watch in the world to use an unprocessed, natural material as a functional design element (a large pearl from the South Seas acts as a representation of the moon).

Ok, so we have old school watchmaking tradition combined with some modern creativity and Chaykin has carved out a bit of a niche for himself as a watchmaking kook, but one with real chops and a lot respect for the art of horology.

Did I mention he made a watch that looks like the Joker? 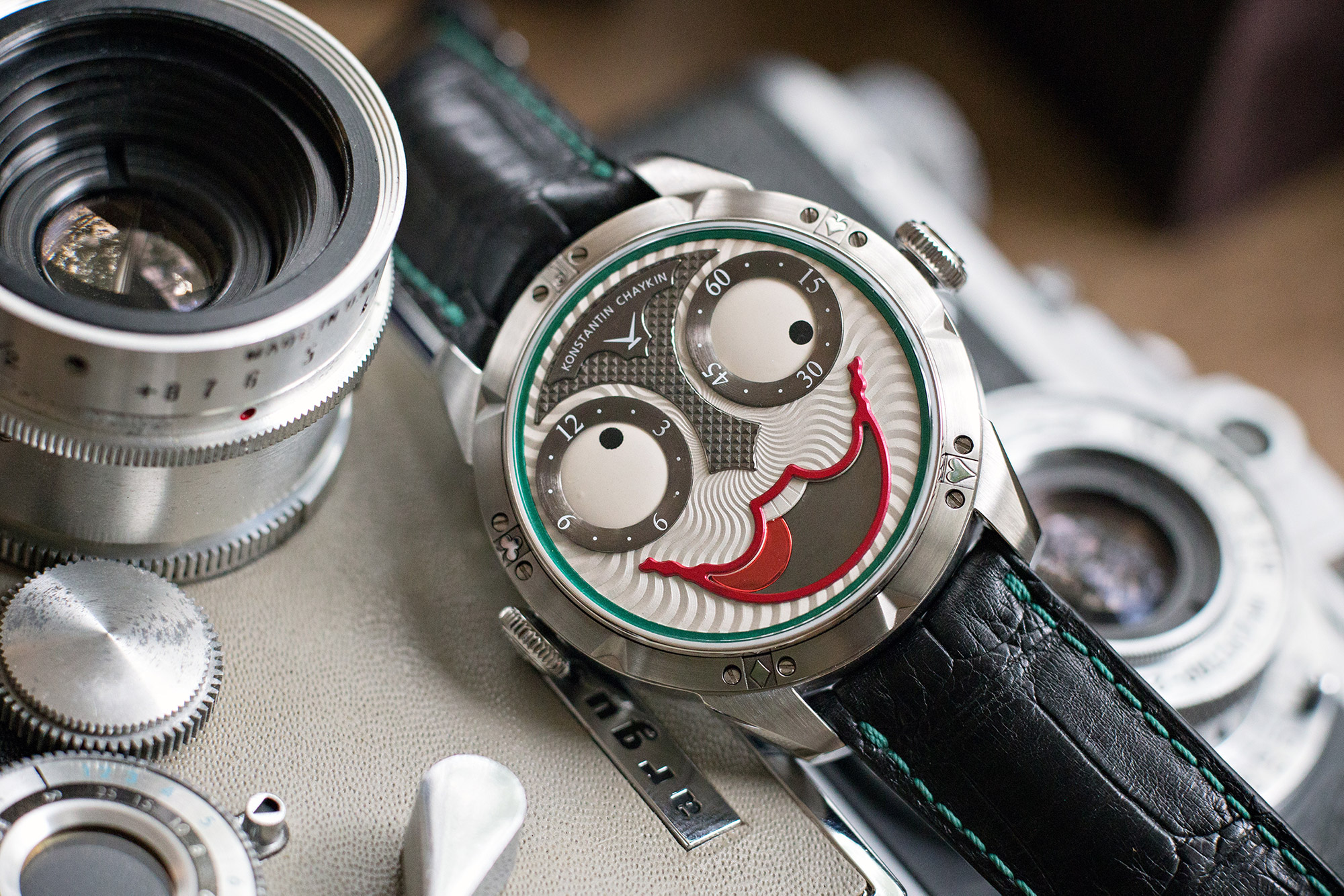 Unless you’re deep, deep into high end independent watchmaking (that is to say, you’re a casual watch obsessive who isn’t intimately familiar with the catalogs of every indy watchmaker because you’re not fabulously well to do enough to be a client) you probably know Chaykin primarily as the guy who made the Joker watch.

I won’t spend too much time on this one, because you already know it, and you already either love it or hate it. But for the totally uninitiated, he’s taken the idea of a simple regulator watchRegulator watch A regulator watch is a type of watch that has a separate dial for the hours, minutes, and seconds, with each displayed on a different sub-dial. The layout of a regulator watch is designed to emphasize the importance of accurate timekeeping and make it easy to read the time. This type of watch was originally used in clockmaking and watchmaking workshops to set and regulate the time of other clocks and watches. [Learn More] (a true watchmaker’s choice, incidentally) and made the dial into an absolutely loony looking cartoon Joker. The watch was a hit. Many new iterations followed. Including this, the Joker Dracula. 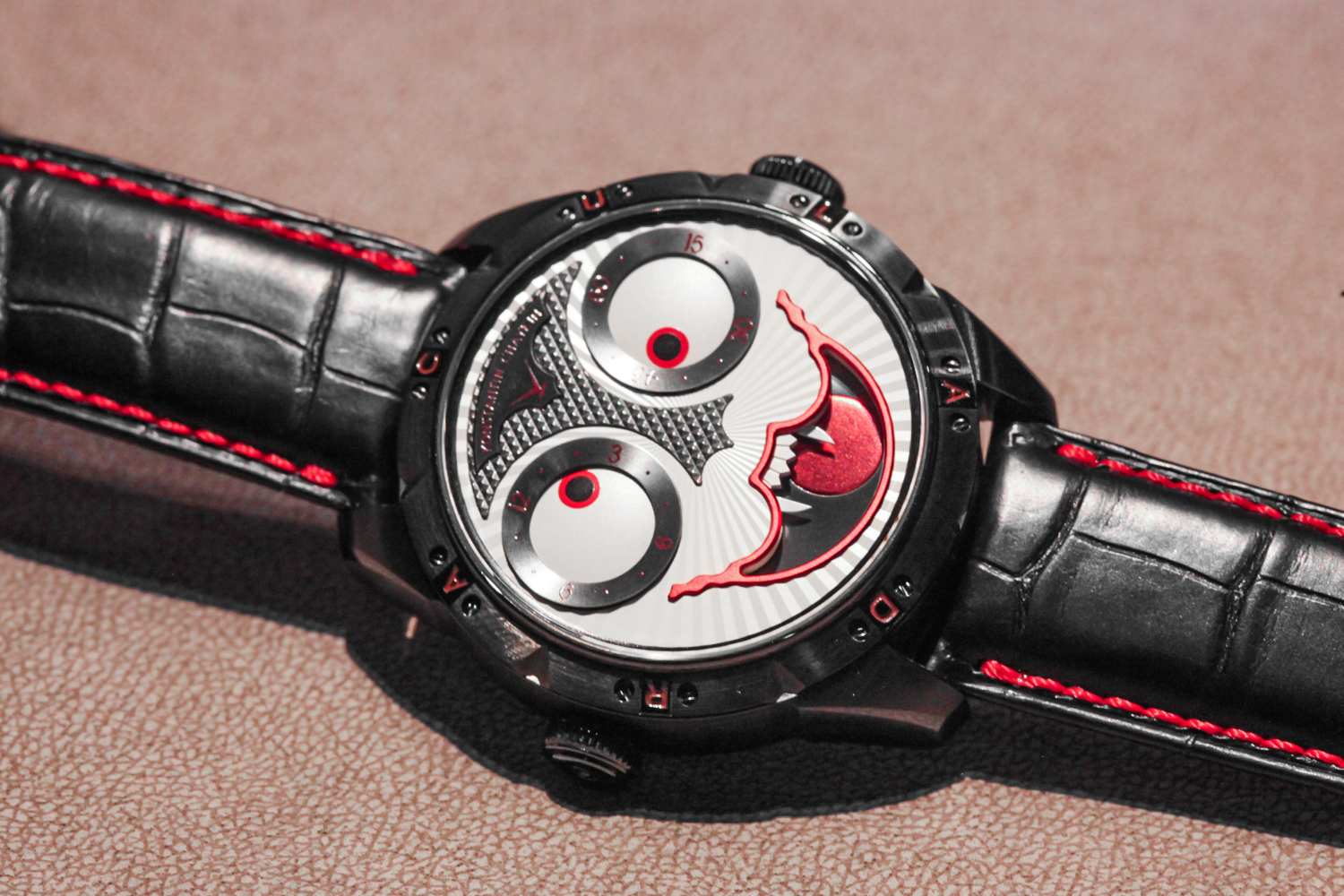 There’s not a whole lot to say about the watch that hasn’t already been said about every other version of the Joker. It’s hilarious, not for everyone, totally cheesy, but also represents real care and craft to watchmaking. It’s art in a way that few watches are, and is a true representation of its creator’s viewpoint. Mind you, the teeth only c0me out at night, other than looking good they serve a function indeed. 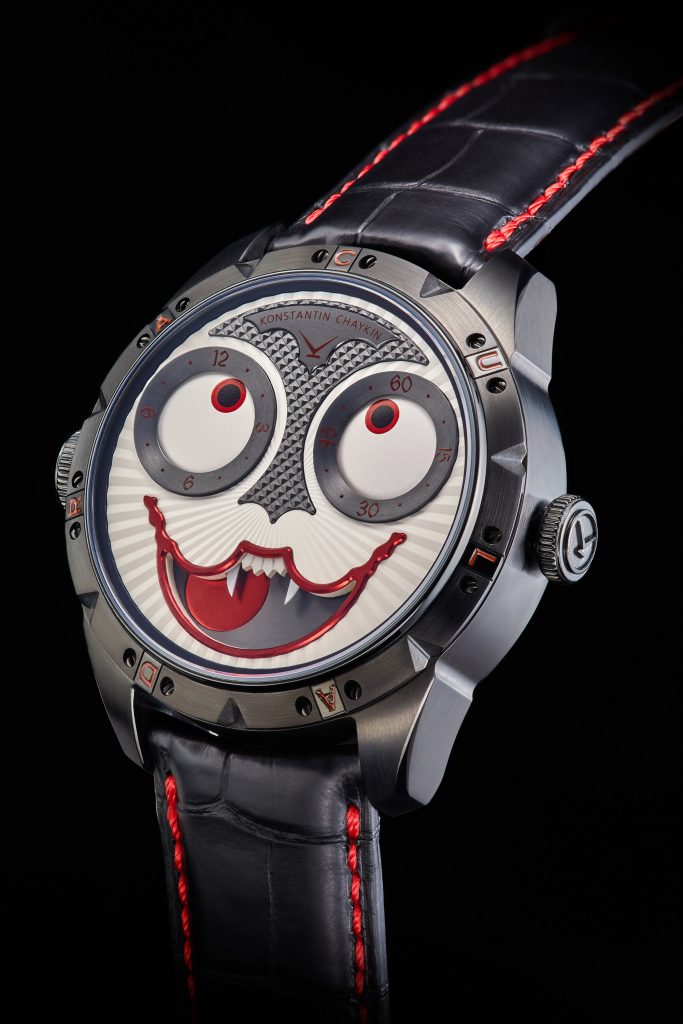 When I consider a watch like this, that costs more than I’m ever likely to personally spend on a single timepiece and seems so very niche, I wonder who the customer for such a piece is. What I come up with is this: I’m so very glad that Chaykin has customers for these watches, because they are true patrons of horology, and that patronage is a rising tide that hopefully lifts all boats.