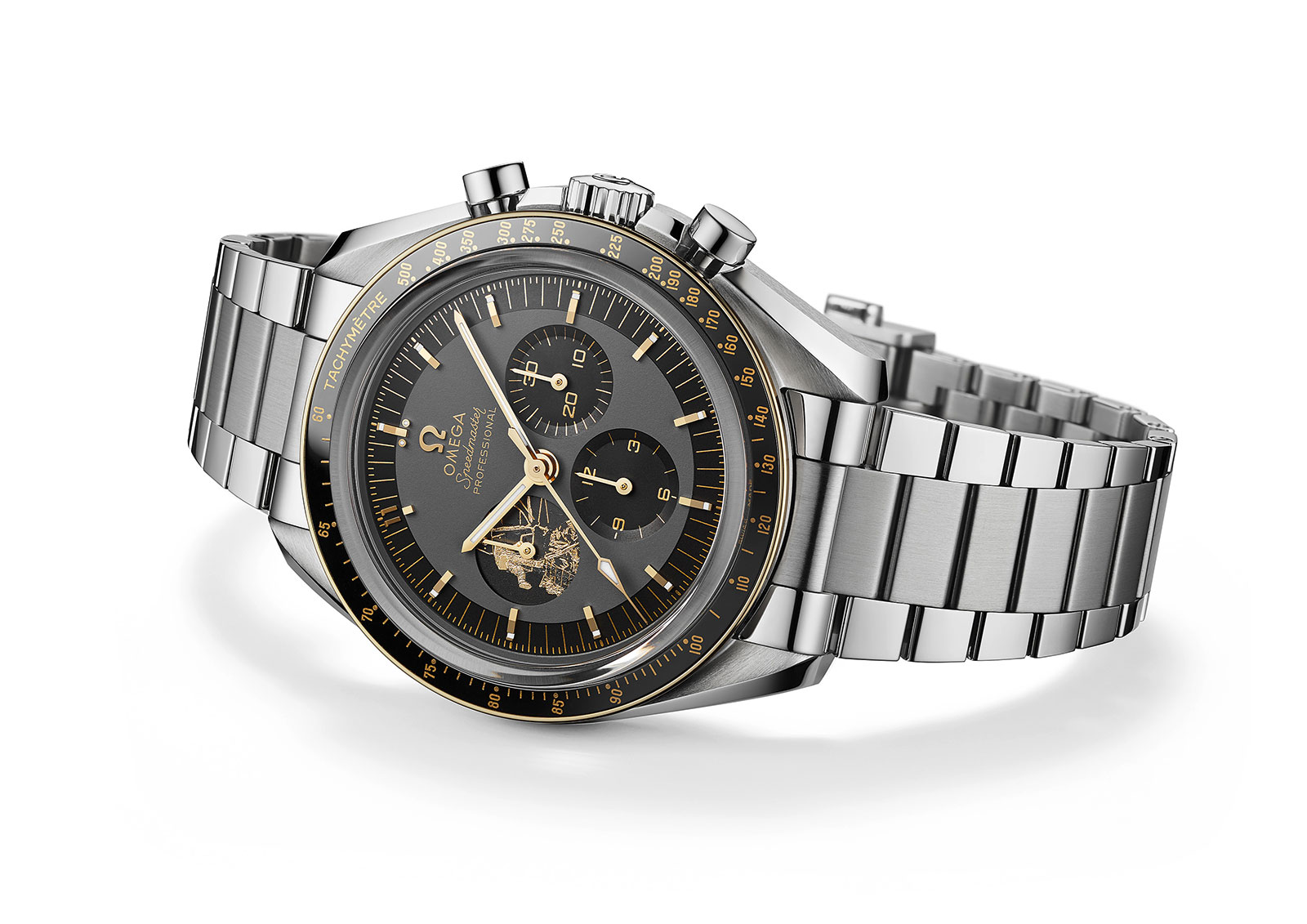 Highly anticipated, Omega today released the new Omega Speedmaster Apollo 11 50th Anniversary and true to form it is a limited edition. Powered by the new Calibre 3861 and more surprisingly – in a two tone configuration. The recently introduced ‘Moonshine’ gold provides accents on the stepped dial and ceramic bezel.

While I haven’t had the opportunity to go hands-on with this particular piece, I’ll be the first to admit the visuals of the watch gave me some pauze. I’m generally not a big fan of two tone watches, and much is just as true visually speaking for this one. I think this is one of those watches I have to check out in real life before I make any judgement. I will say that it isn’t love at first sight, a bit underwhelming even, perhaps due to my unrealistically high expectations for this release. Ignoring the two tone though (which is asking for a lot I know), there is more to talk about.

Firstly, it features the recently introduced Calibre 3861, which is a big reason why I was looking forward to this release. However, here you will not be able to take a peek at the movement since the watch doesn’t feature a display caseback (which you do have on the recent gold speedy release).

No display caseback indeed, but the caseback is however – so tasty. It is also befitting this anniversary edition – celebrating the moonlanding and not the relatively new calibre – so it is absolutely on topic as well.

The bracelet loses the modern mini links and looks much more in line with the older bracelets. If they were to extend this design to the standard Moonwatch Professional that would great.

The watch comes in a good-looking presentation box and includes a nice distressed strap, mission patches and a springbar tool. Very much in line with past releases. The little ‘pillow’ on which the watch sits is in fact a mini moonlander if you watch closely.

Another thing I very much appreciate is the pricing – CHF 8900. I was fully expecting Omega to move into the 5-digit pricepoint with this release due to the calibre and fortunately this is not the case.

As is true for most speedmaster releases the last couple of years, this too is a limited edition, and it is limited to a comfortable 6969 pieces.