Every once in a while, I get to see something spectacular. That can be all sorts of different things, and most of the time not watch related. At this year’s Baselworld, ‘spectacular’ made an effort to find its way to me all the way from Japan. I’m talking about the SBGZ001, absolutely Hanabanashī.

The watch is one of four created for the 20th anniversary of Spring DriveSpring Drive A Spring Drive movement, pioneered by Grand Seiko, is a type of mechanical watch movement that combines the traditional mechanics of a mechanical watch with the precision of a quartz watch. It uses a mainspring as the source of energy, just like a mechanical watch, but instead of using a traditional escapement, it uses a quartz crystal to regulate the release of energy. The Spring Drive movement is considered to be highly accurate, and is known for its smooth, gliding seconds hand. [Learn More], a new series within the Grand Seiko Elegance collection. The watch features an all-new manual-winding Spring Drive caliberCaliber The caliber ('movement') is the heart and engine of a watch. It consists of a number of interconnected components that work together. Energy is transmitted through the gear train, to the escapement mechanism. The escapement mechanism releases this energy in a controlled manner. This drives the gear train, which ultimately rotates the hands of the watch and keeps time. [More Info] 9R02. Spring Drive means you get that incredibly smooth gliding seconds hand which according to Grand Seiko reflects ‘the natural and continuous flow of time’. The Caliber features the unique Torque Return System resulting in a power reserveRéserve de marche Also known as Power Reserve. A watch's power reserve refers to the amount of time a mechanical watch can run without being wound. The power reserve of a mechanical watch can vary depending on the size of the mainspring, the efficiency of the gear train, and the rate at which the mainspring releases energy. If a watch has a Power Reserve 'complication' it simply means that the status of the power reserve can be seen on the watch itself (either on the dial or movement side of the watch). [Learn More] of 84 hours. “When the mainspringMainspring The mainspring is a spiral-shaped metal spring that stores energy in a mechanical watch movement. It is located inside the barrel. The mainspring is wound, either manually or automatically. The mainspring unwinds over time, and the watch will stop running when the mainspring is fully unwound. [Learn More] has been fully wound and the torque output is at its highest, approximately 30% of the available power is not needed to maintain the precision of the watch, and is in effect wasted in a normal movement. The Torque Return System uses this energy to rewind the mainspring, resulting in an increase in the power reserve.” 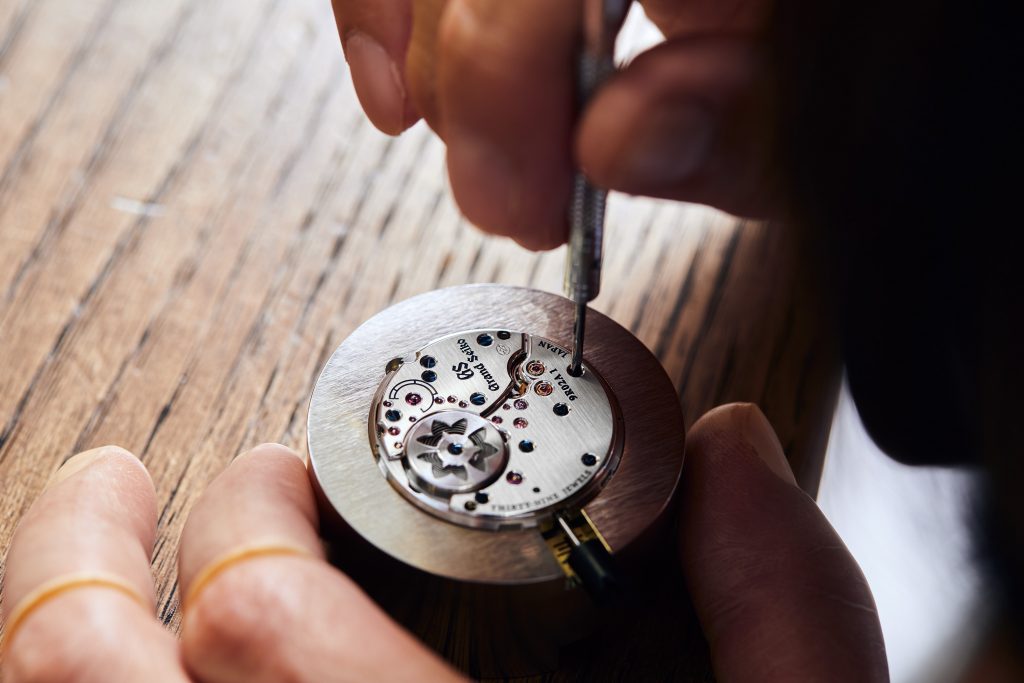 Worth mentioning is that this new Calibre 9R02 builds upon Credor’s 7R14 calibre which is used in their Eichii II. At Baselworld, this particular GS that we got our hands on didn’t feature the 9R02 yet (but one of those paper pretend calibres). We did get plenty of time with the Eichii II and also got to see some extra details of the final calibre 9R02 up close. It is quite simply spectacular and another masterpiece to leave Grand Seiko’s Micro Artist Studio. Probably, their grandest one to date.

Grand Seiko has succeeded to raise the bar again with this new calibre and in fact this watch series as a whole. On this particular model of the series, the dial features the cult favorite “Snowflake” pattern which is “inspired by the beauty of the snow in the Shinshu region”. The pattern on the actual case itself, is the result of hand carving the platinum case (machined, held & guided by hand). Hands and markers are solid white gold to top it all off. 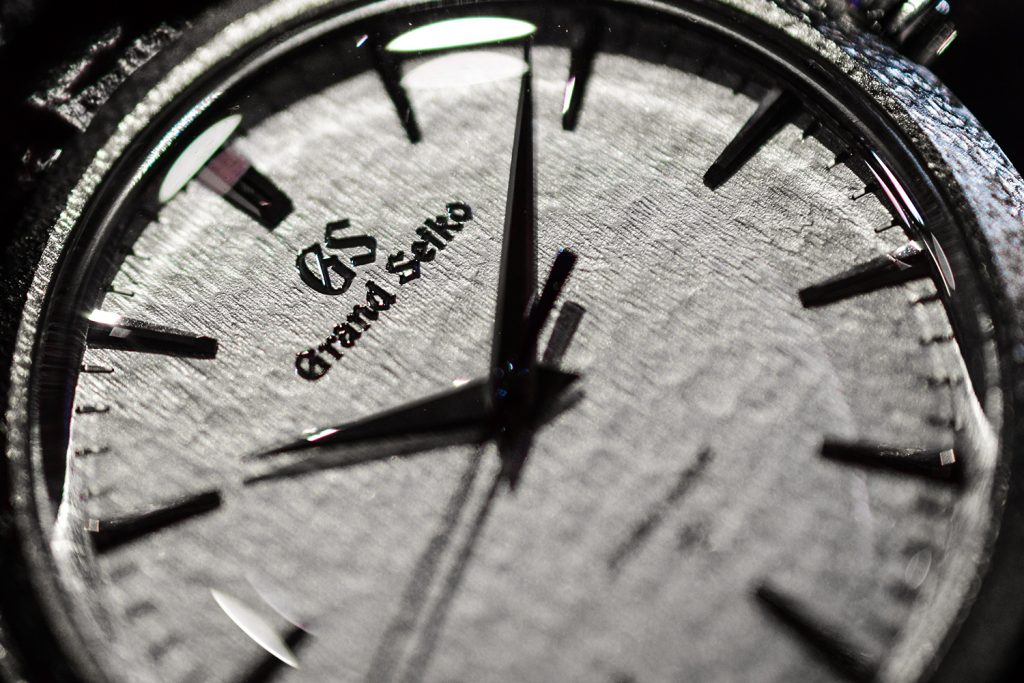 Let me briefly interrupt my drooling over this artpiece, and say that the SBGZ001 has exactly one major flaw, and that is it’s unrewarding name. Naming this watch the SBGZ001, is like naming the Mona Lisa ‘Picture 25 on First Floor’. Such magnificence invites a more deserving name. 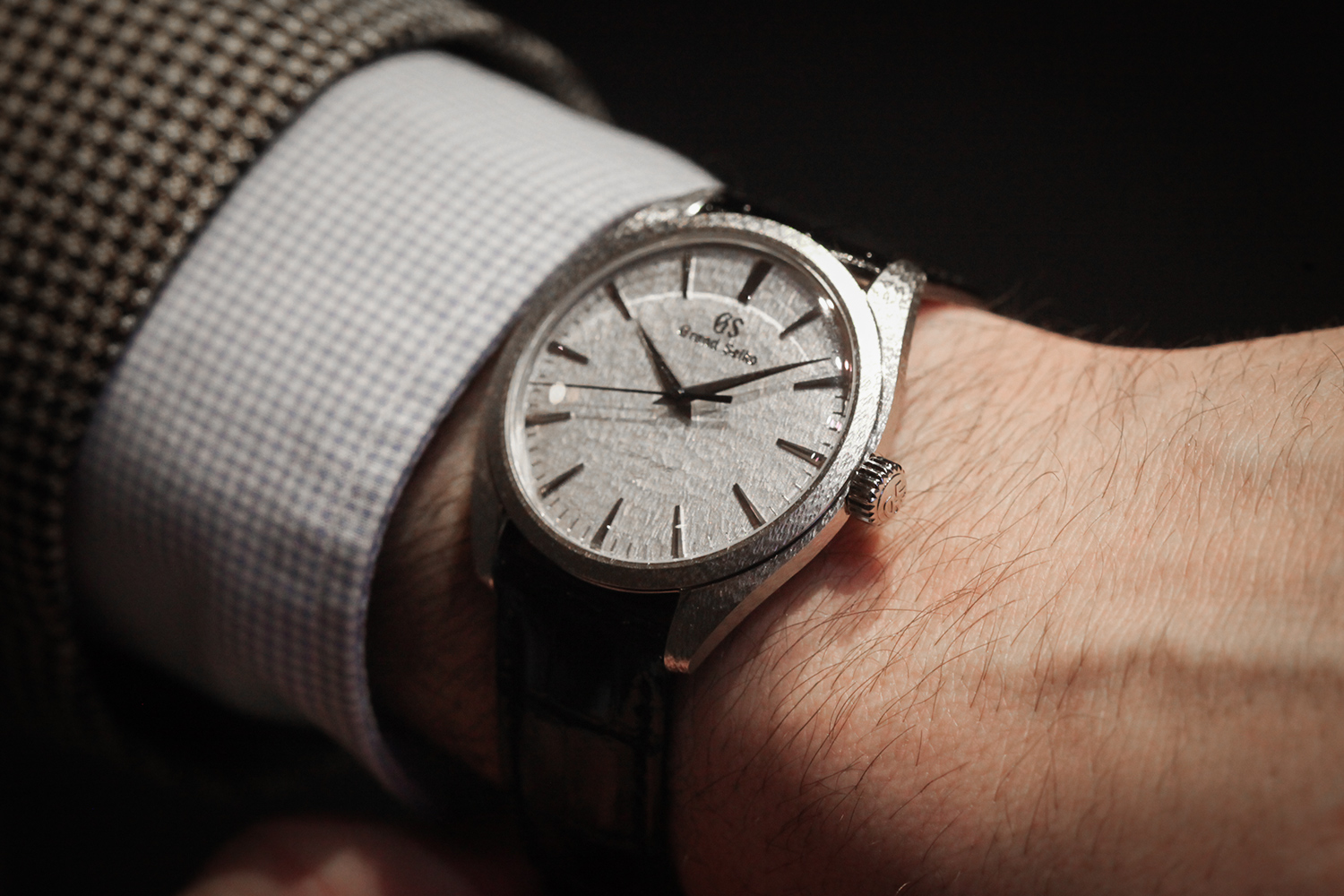 For those of you loving the technical and horogological significance of this Grand Seiko but aren’t quite ready to flaunt it in this magnificent iteration, there is also the SBGZ003 which is the exact same watch. Except of course, a different dial and more traditional case finish. 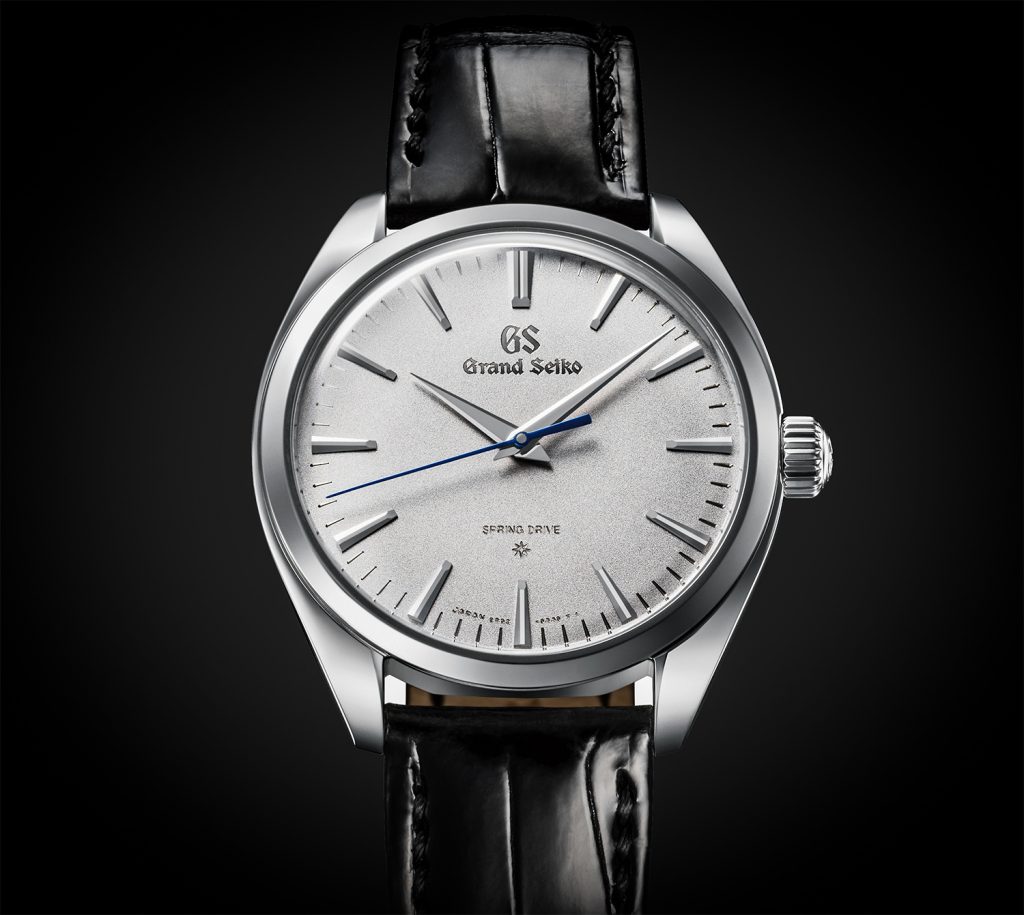 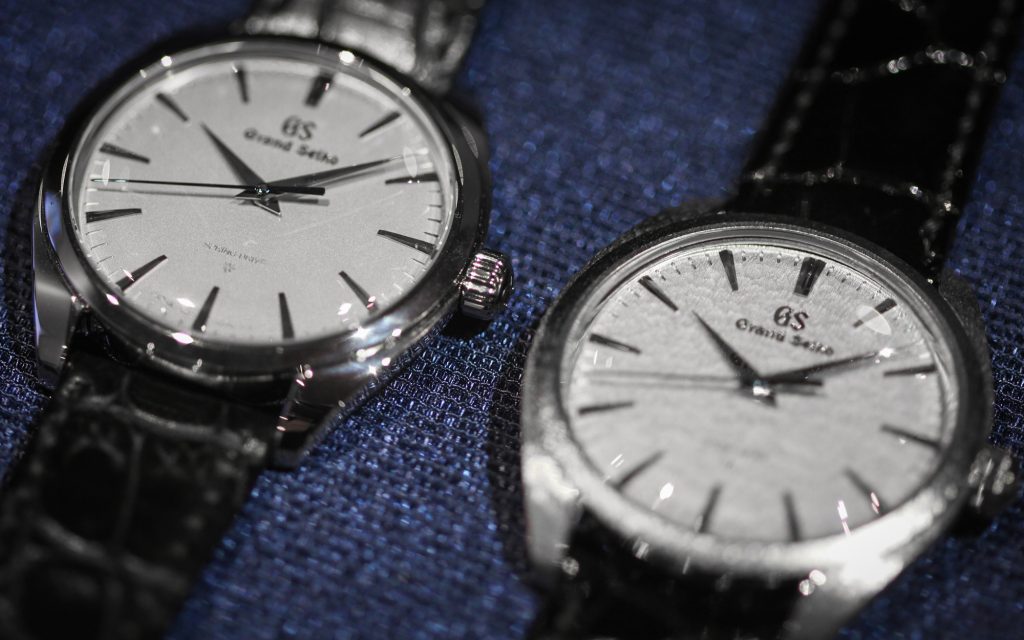 For the sake of this hands-on, I decided to go for the SBGZ001 as it is just simply not something you get to see every day now is it? Mind you, the SBGZ003 will be a standard release (priced at approx 55K USD) whereas the SBGZ001 is indeed limited to 30 pieces and sets you back a casual 73K USD. 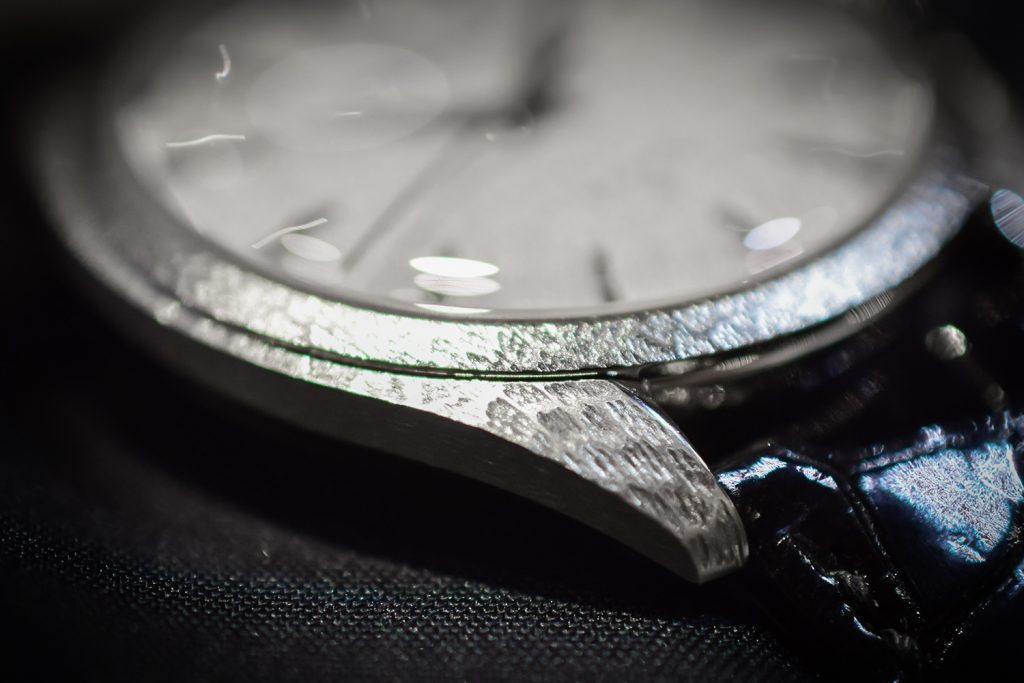 You might have noticed something else in the shot of the watch on my wrist. This new series of watches by Grand Seiko, and thereby also the calibre, wears supremely well (38.5mm). It is not thick (just 9.8mm) yet perfectly thin and is an ageless and timeless design. 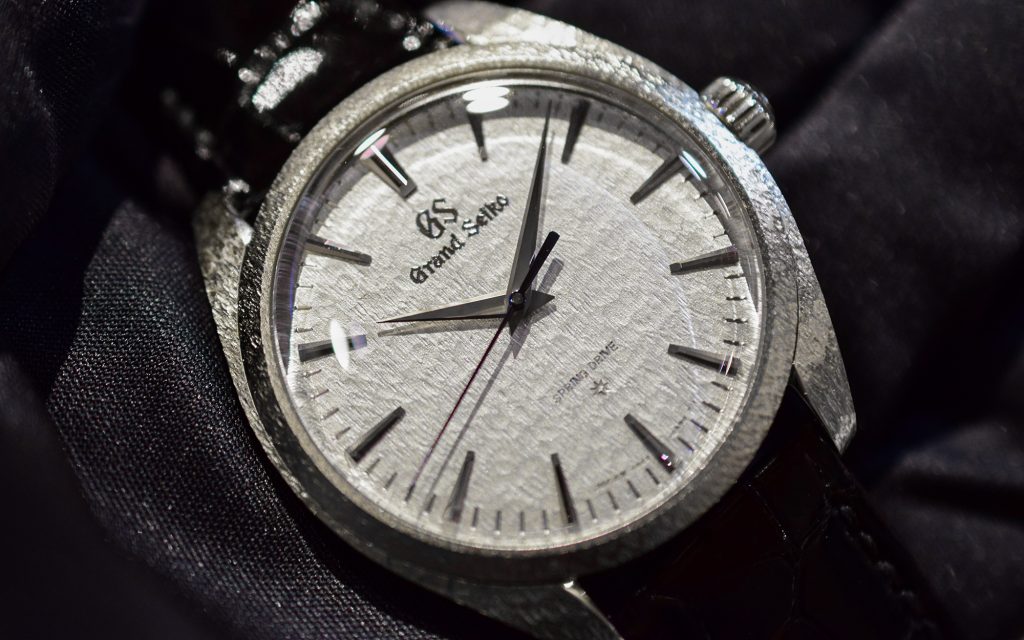 Grand Seiko was all the talk on the shuttle bus back to the airport after I left Baselworld. This exceptional series was one of the reasons why. There were plenty of other worthy releases, more on that coming to the site soon.