About two years ago, I had the unforgettable pleasure to wear a member of the MB&F Horological Machine 6 family (hereafter ‘HM6’) on my wrist for the very first time. Until that very moment, my affair with this peculiar time piece was mostly limited to seeing it in pictures or behind the glass in presentation boxes. It had mostly been a long-distance relationship so to speak. Yet by magic we managed to keep it together knowing that one day, we’d meet and it’d all be worth it. And there it finally was, on my wrist, and it was so worth the wait.

The moment I eventually got some wrist time with it was the beginning of an everlasting infatuation of incomprehensible proportions with what is arguably one of the most mind-twisting wristwatches (excuse me: horological machines) known to mankind. Having followed each iteration within this particular series with near stalker-like attention, I read today’s press release titled ‘HM6 – Final Edition’.

It is with mixed feelings, that I read that one of the most fantastic lineages in the horological (machine) world is taking its final bow. However, if it means that MB&F can therefore take yet another leap forward and unleash their collective creativity upon the creation of a new horological machine, then so be it. 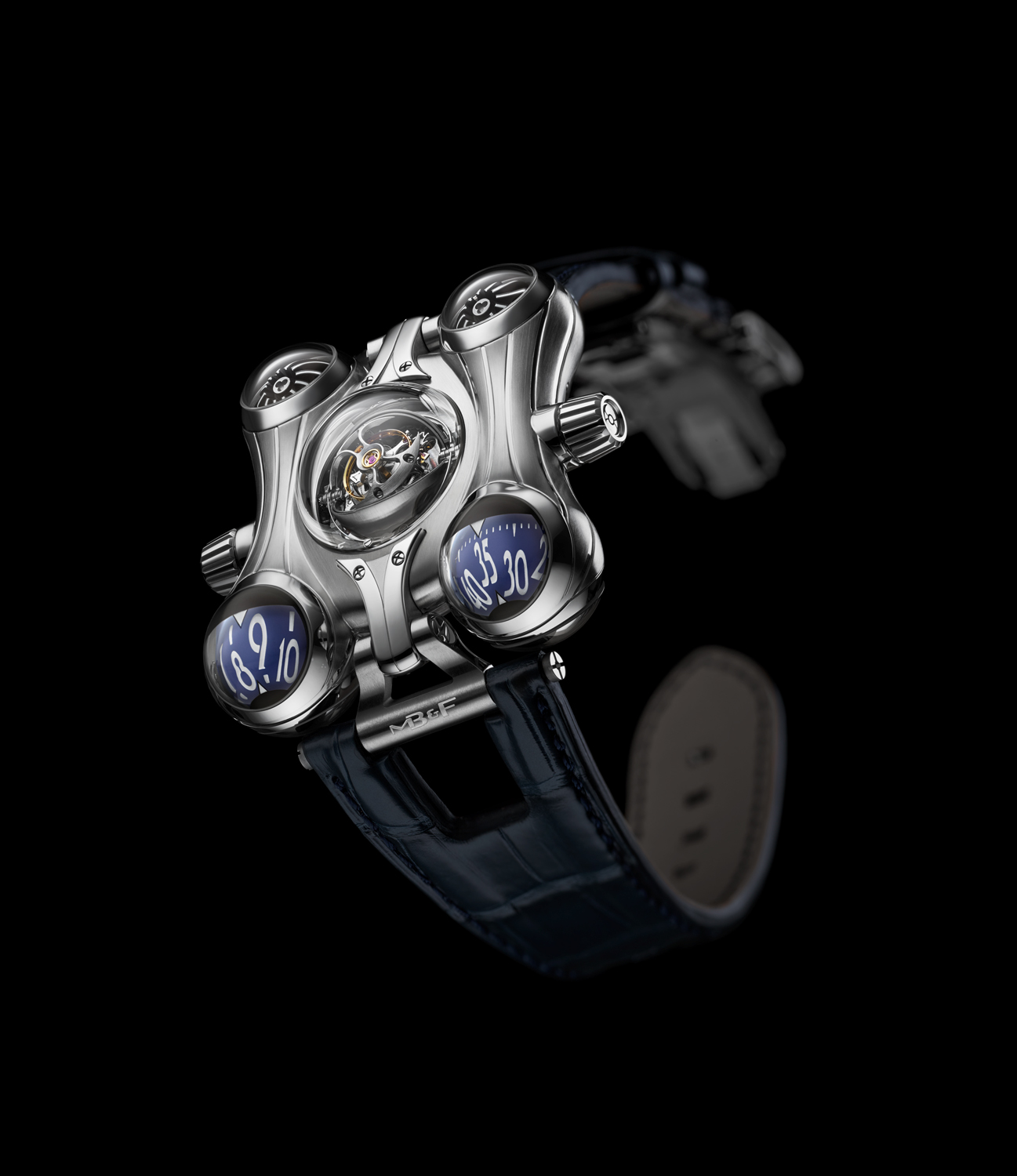 MB&F released the following glorious obituary regarding the final act of its HM6: “When the hottest-burning stars come to the end of their existence, they take one last stand in the form of a massive supernova. Horological Machine N°6 has only been around since 2014, but its audacious construction and design make it one of the brightest stars in the MB&F constellation, and it has entered supernova phase just four years after its debut. Horological Machine N°6 Final Edition comes in steel, and is available in a limited edition of 8 pieces. Following the case-material precedent set by Legacy Machine N°1 Final Edition, HM6 Final Edition is presented in stainless steel, a fittingly robust and durable material to memorialise the last outing of this series”.

Key differences with its family members are a.o. that it is made out of the unobtanium of the modern age: Steel. Also a visual difference between the previous ‘Alien Nation’ in this series is that it has a much more organic, fluid or ‘biomorphic’ – as they say – shape and case design. In addition, the final edition offers an all access pass to its flying tourbillonFlying Tourbillon Like the classic tourbillon, its purpose is to counter the effects of gravity on the rate of the watch (rate deviances). It tries to achieve this by rotating the escapement and balance wheel in all possible directions. The balance, anchor and escape wheel are positioned in a cage, which rotates 360° in one minute. With the Flying Tourbillon this complex construction is anchored on one side only, which lends the complication its apparent weightlessness, enables increased precision and gave rise to its name. There is no bridge obstructing the view, giving the appearance that the tourbillon is indeed flying. [Learn More] by means of an expanded crystal dome. For that final touch of color, a dark blue has been chosen as the accent color of choice for this edition. 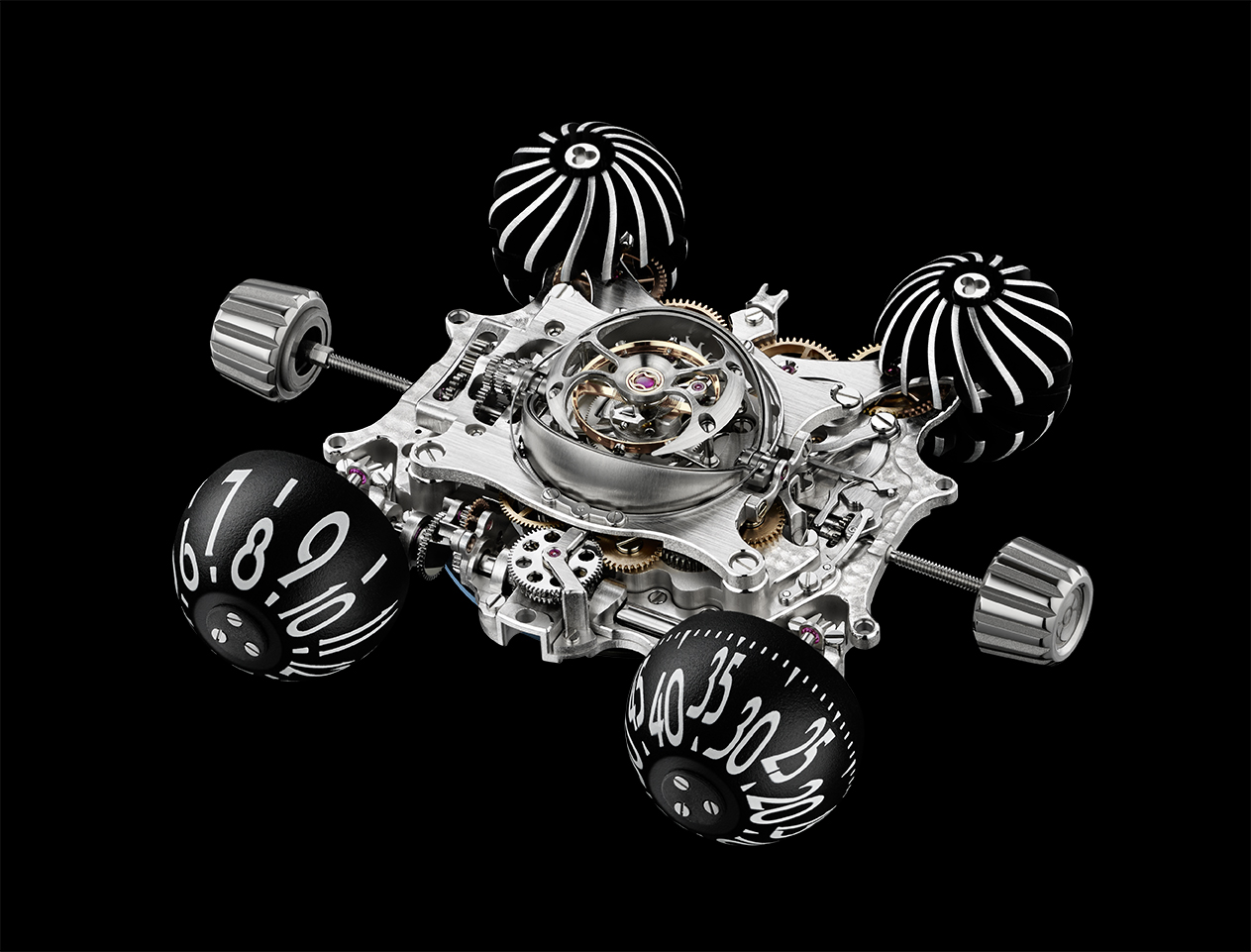 Farewell my dear, in the immortal words of BoDeans, “I keep you in my heart and forever on my mind”.

All the details can be found here.