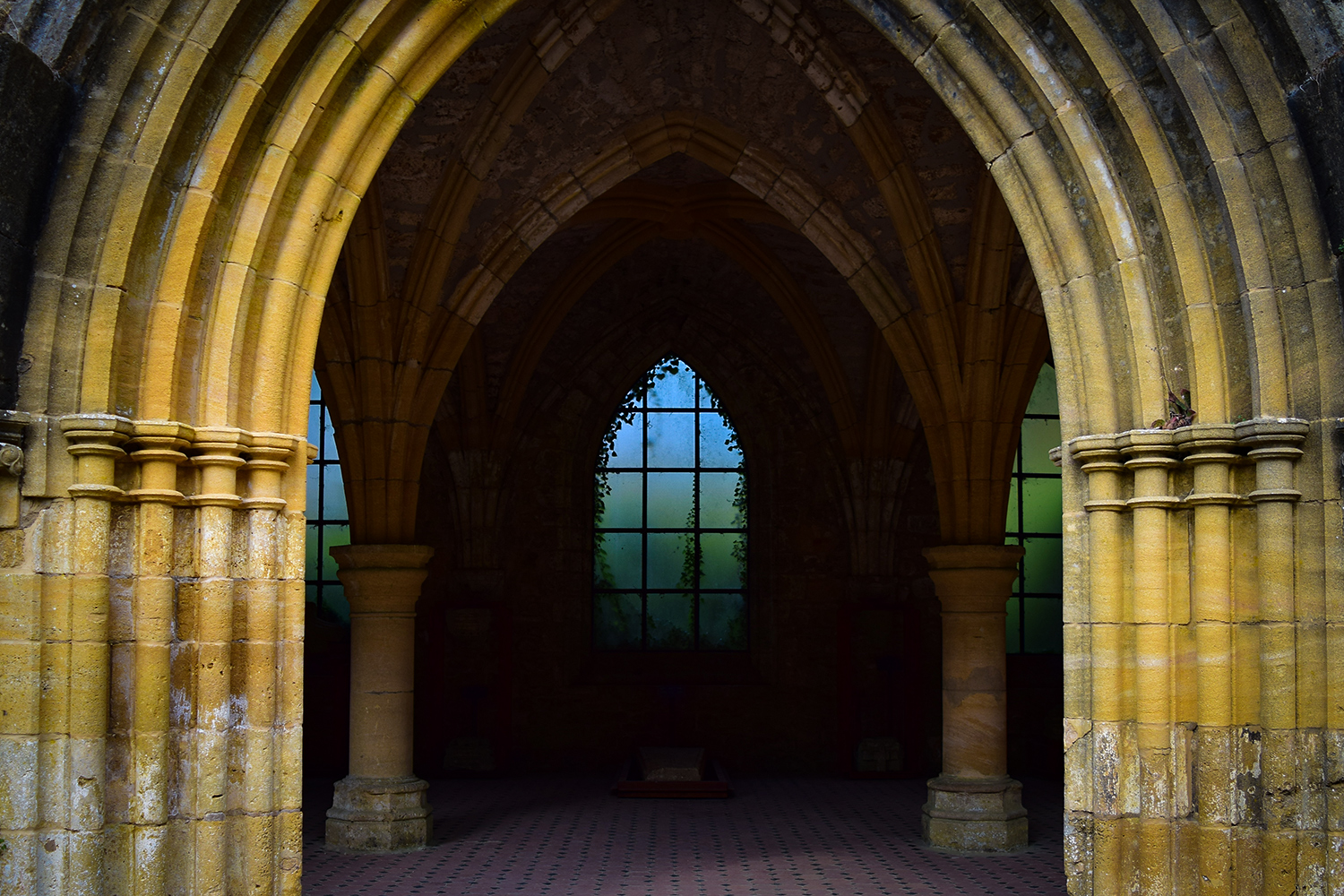 As you know, anything Horological & Handcrafted gets our nod here. In a new column ‘Exploring’, we’re taking you with us as we go out exploring a bit further away from our typical horological avenues. In this photo report, we’re heading to the world of the OG Craft Brewers: The Trappist Monks of the Orval Monastery. For good measure, you can expect that we take (at least) a watch with us to add some spice. For our second photo report in this series, we’ve grabbed a Rolex Explorer and we’ll be Exploring the glorious Orval Trappist Abbey & Brewery in the Belgian Ardennes.

In essence, outside of using the revenue stream for charity, it is used to basically sustain the abbey life itself. There are currently only eleven Trappist breweries in the world, most of which are located in Belgium.

Upon arrival at the bottom of a green valley, you are greeted by an impressive walled abbey. The pictures don’t really translate the scale of it all very well, it is massive and instantly takes you back a couple of centuries. On the picture below, the ‘brewery’ is on the far right of the site. 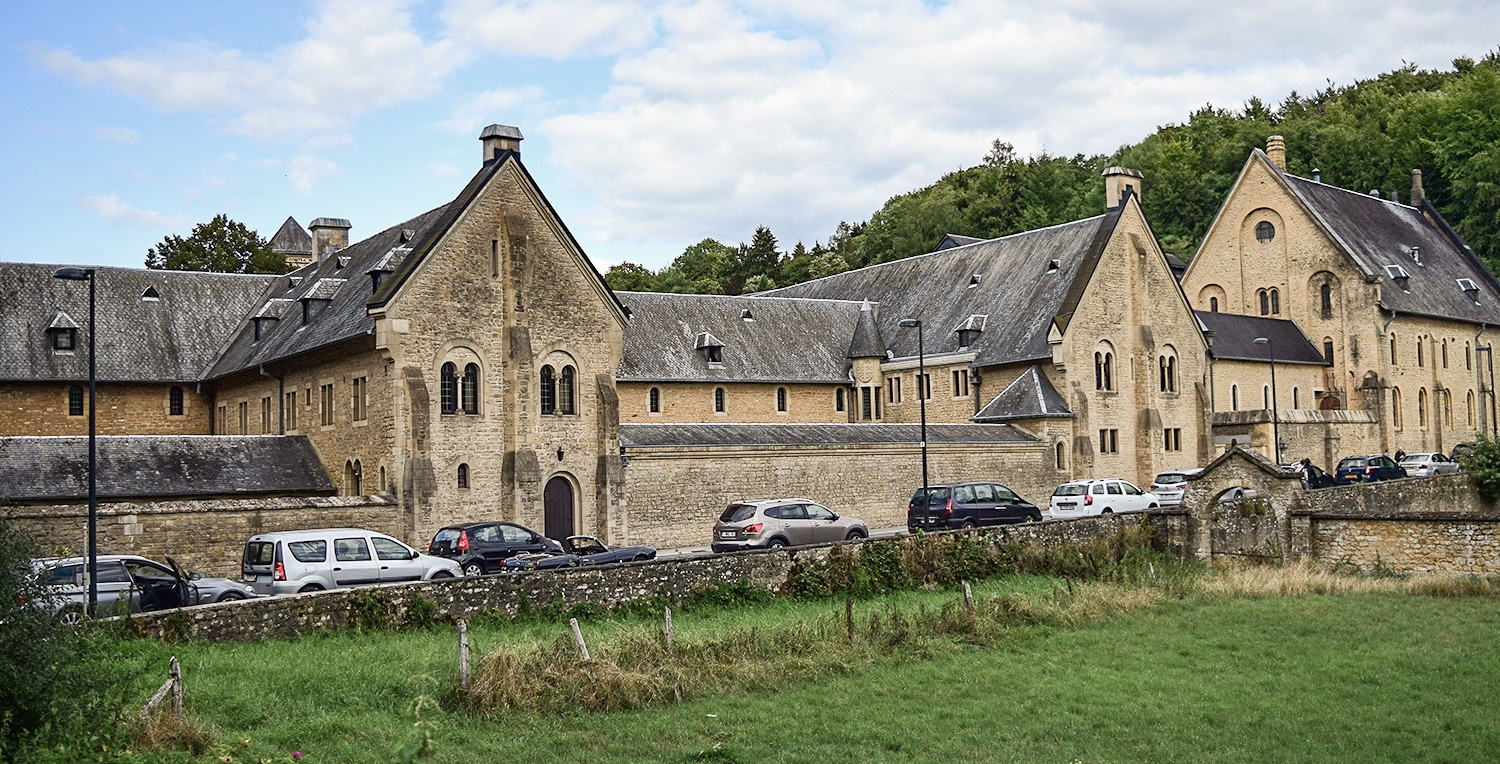 Moving past the exterior walls, it is time to take a walk through time and the site’s 1000 year history: 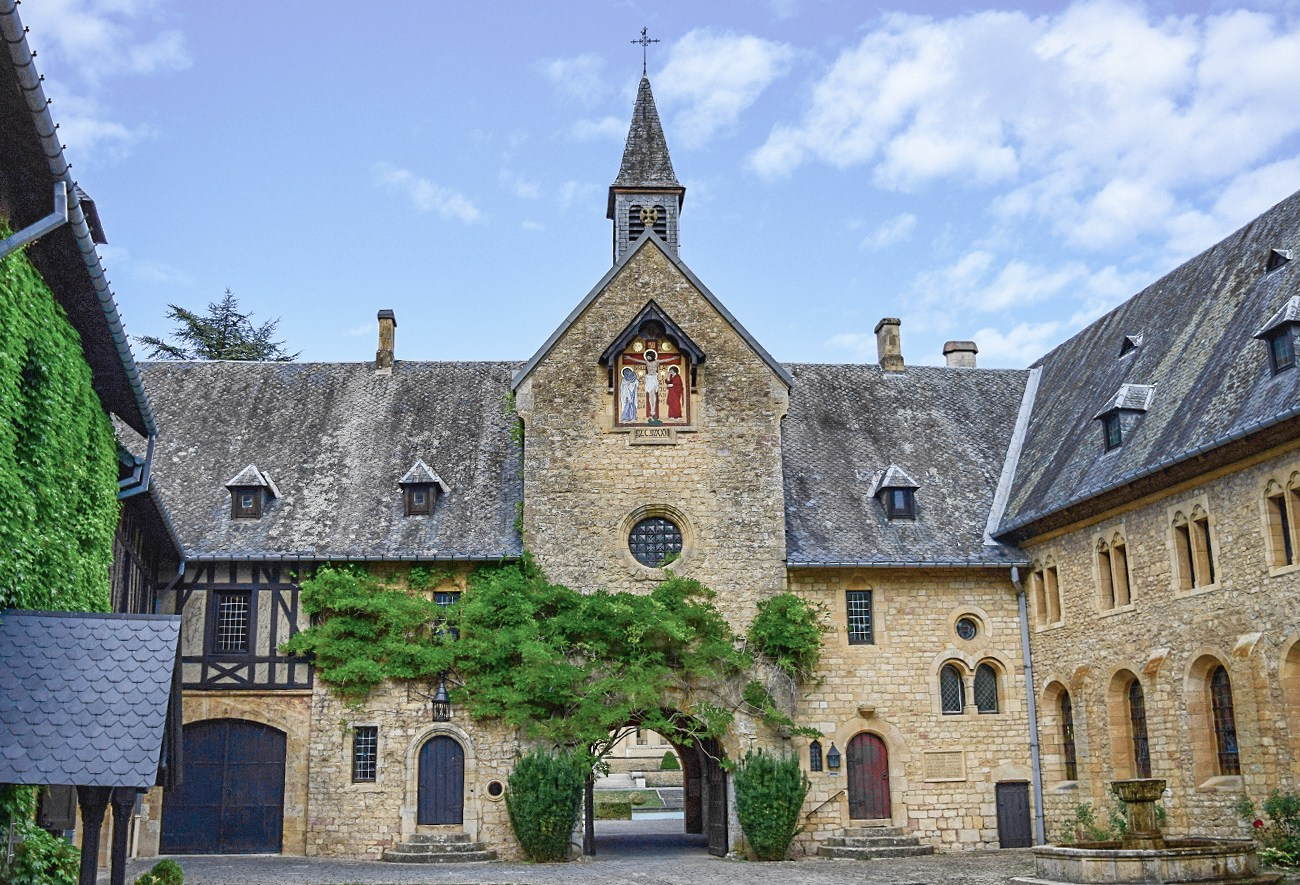 The site consists of four major parts: the actual monastery accessible only to monks; the brewery not accessible to the general public; the courtyard with the guest house; and finally the very large area containing a.o. the otherworldly ruins which is accessible to all which is what you’ll be mostly seeing here in the pictures below. The ruins of the old burned down site have been ‘restored’. Probably my favorite part of the site. 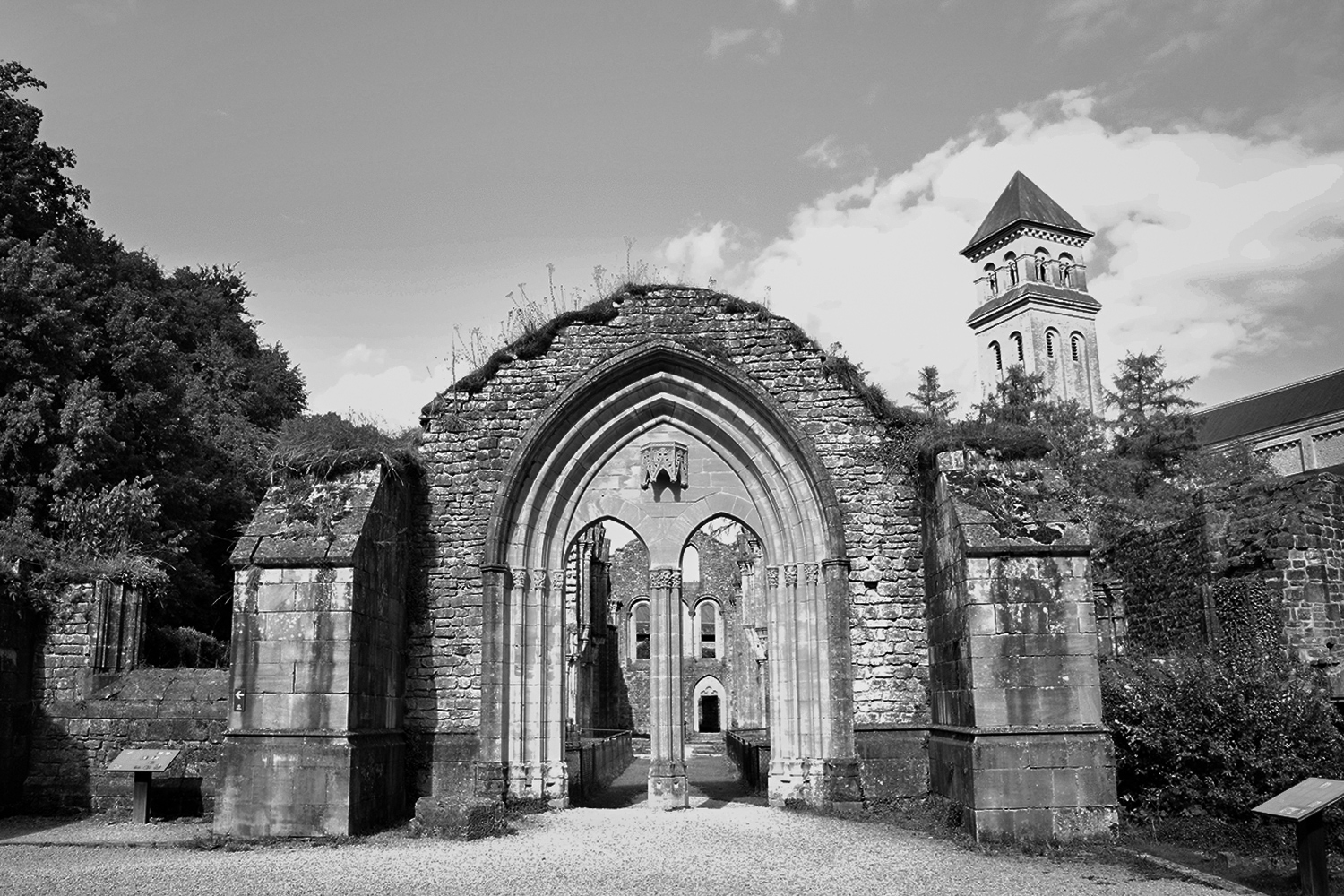 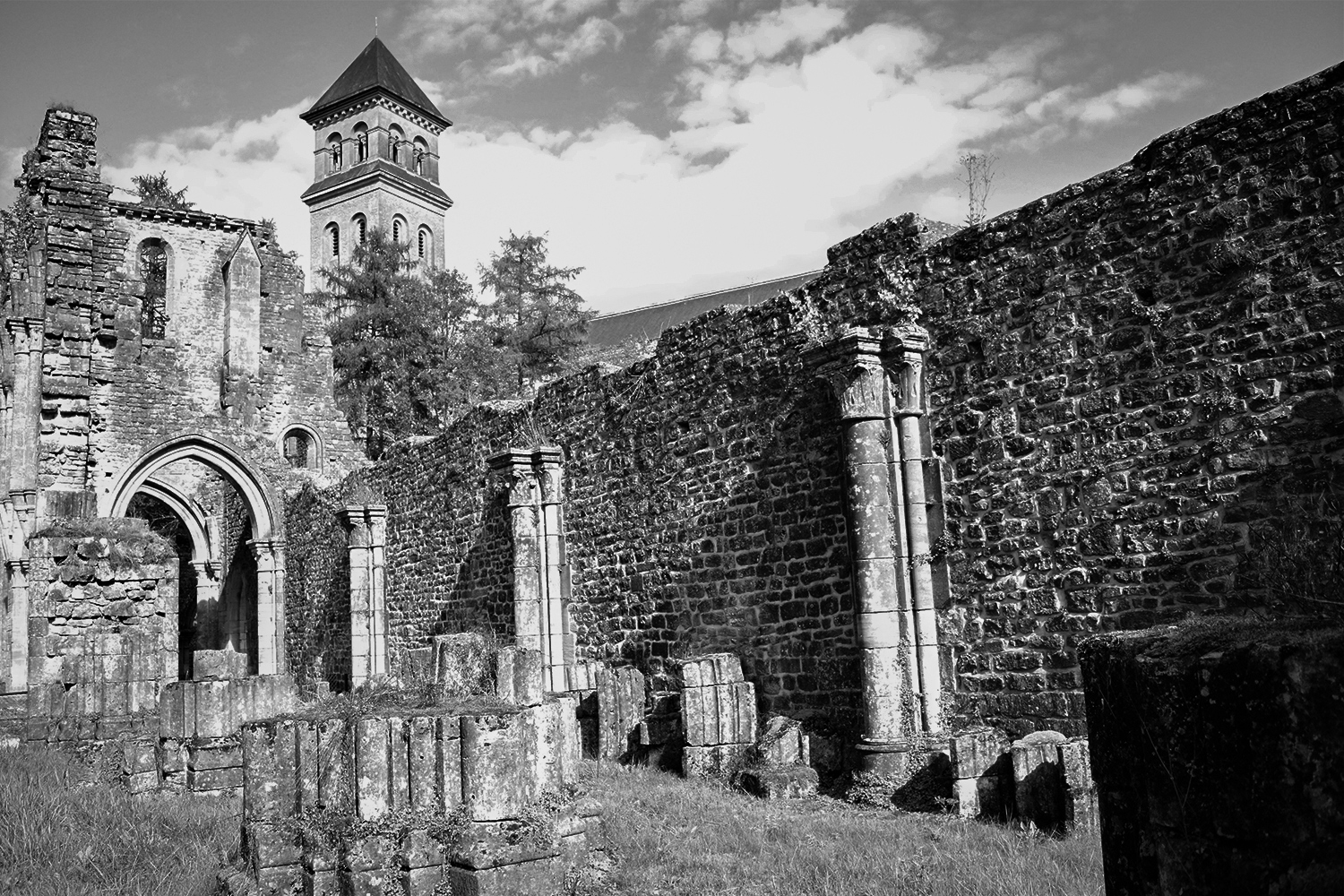 Nature is slowly & beautifully reclaiming the site, making for a very unique setting: 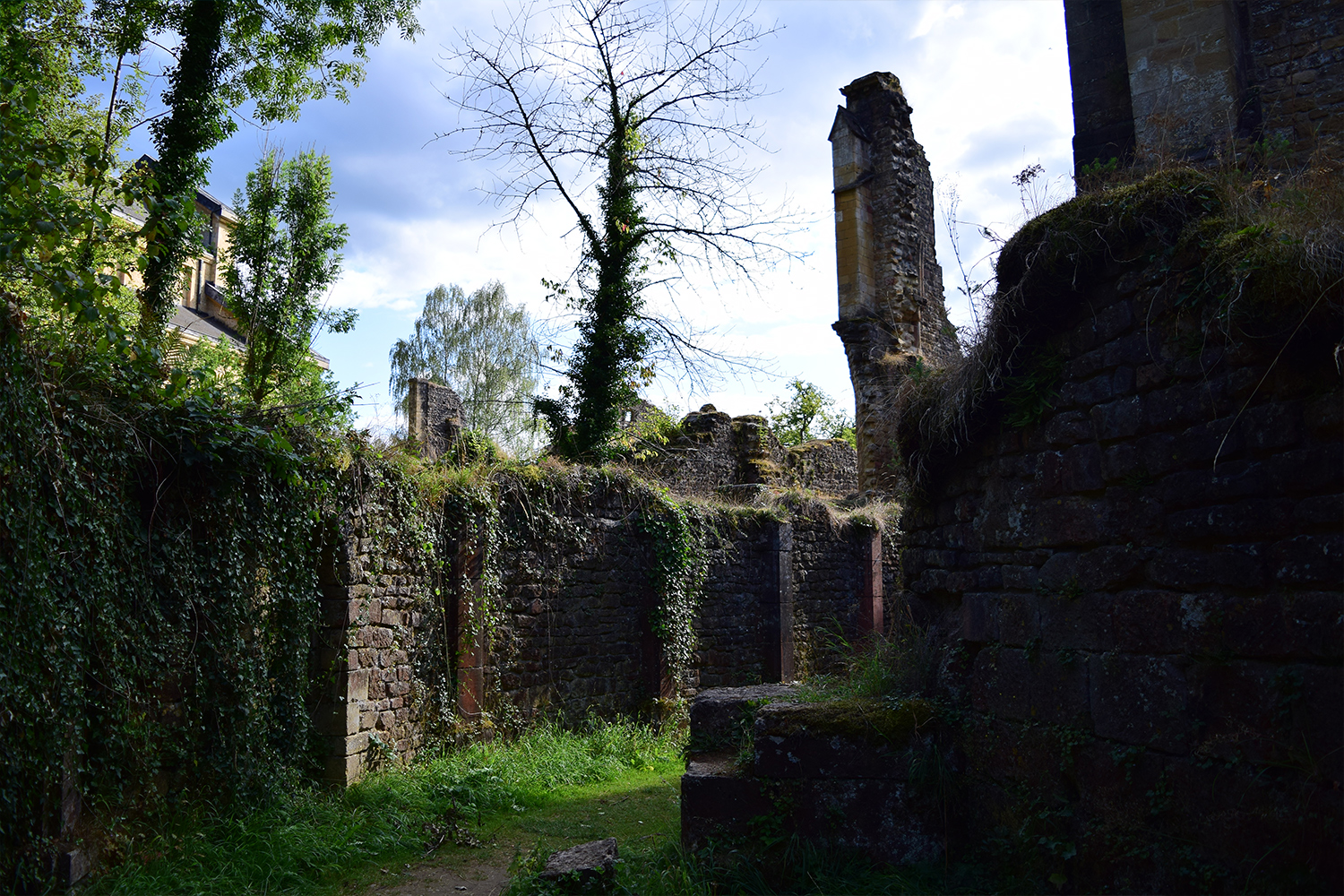 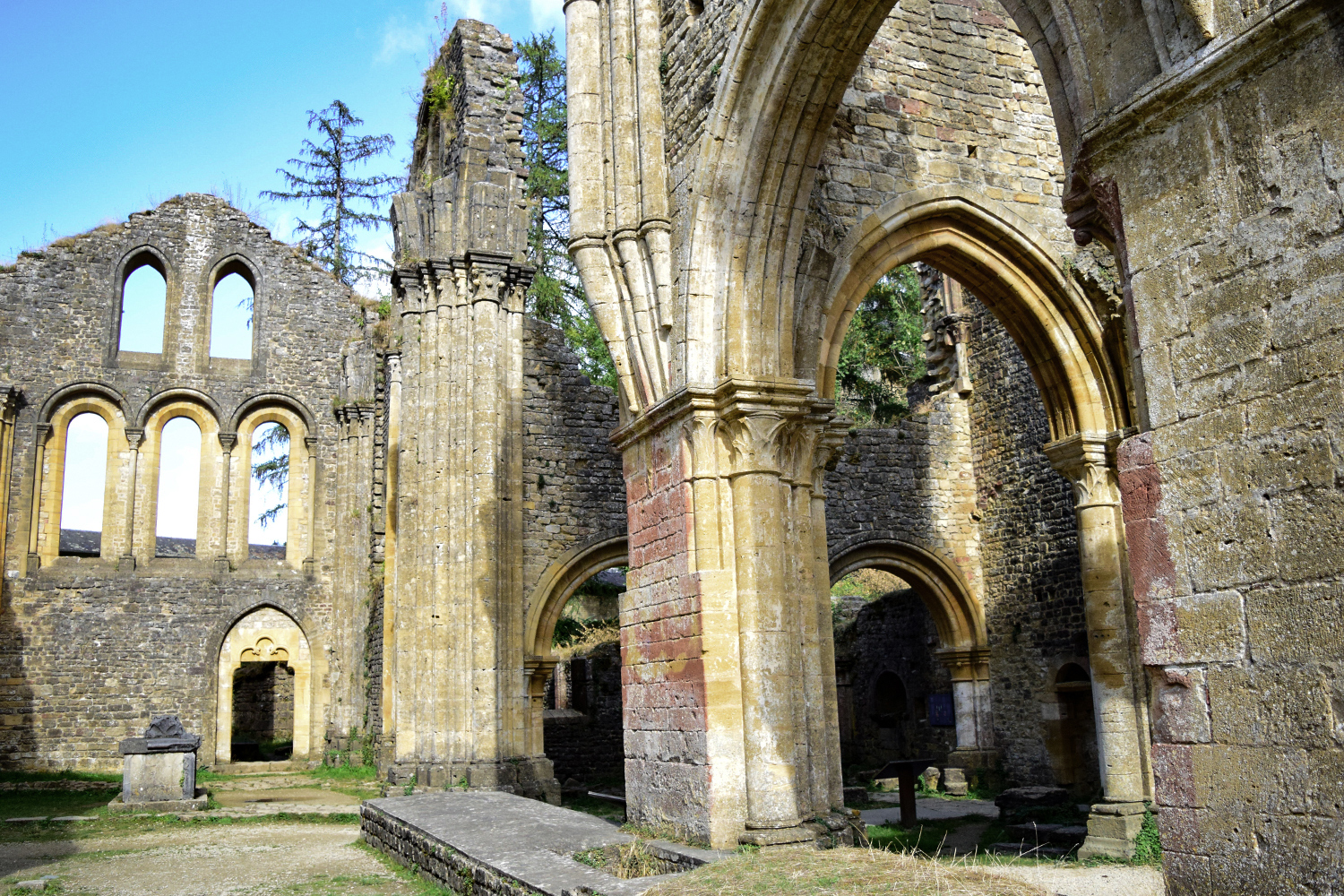 The ruins flow over to the ‘new’ part of the site seamlessly: 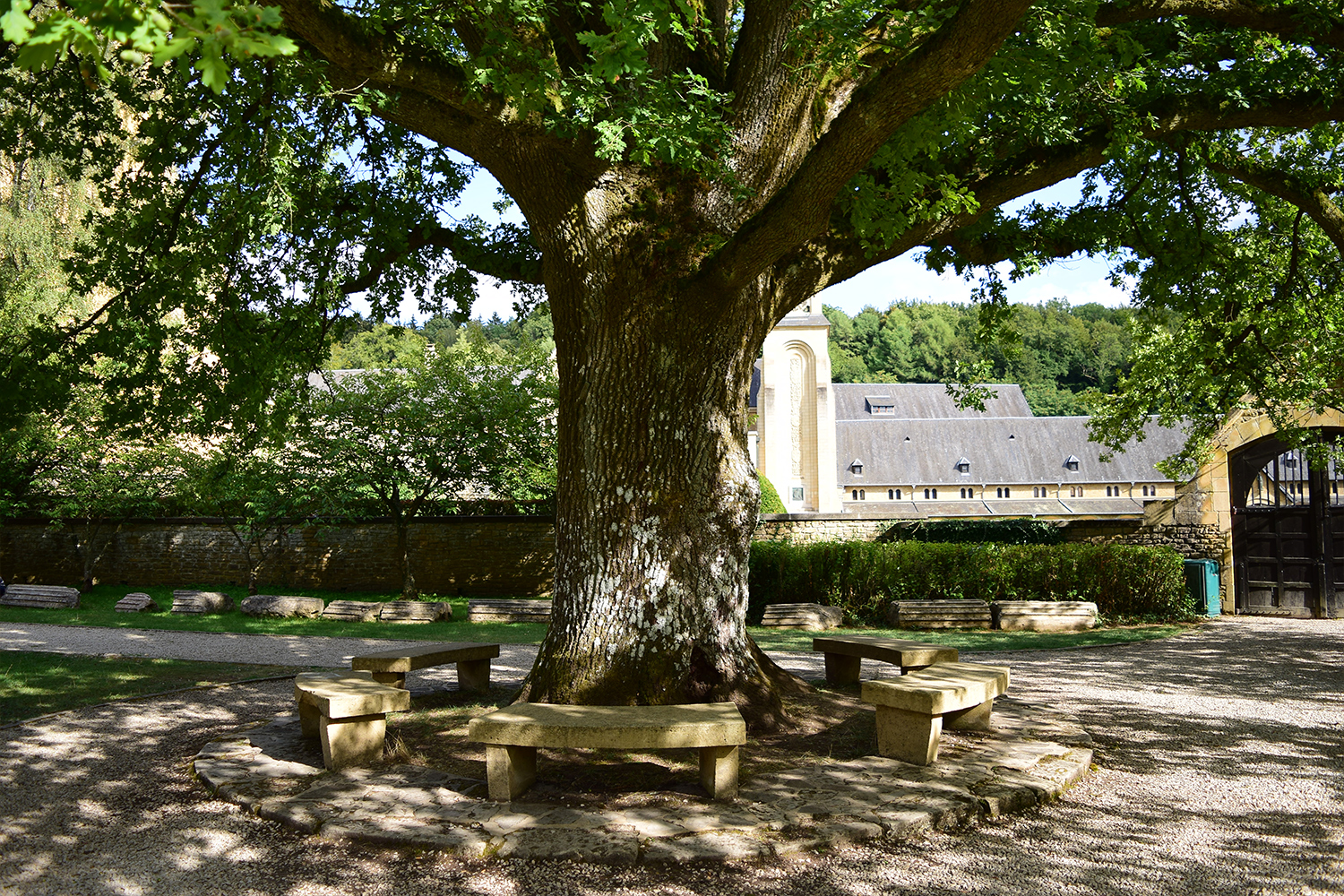 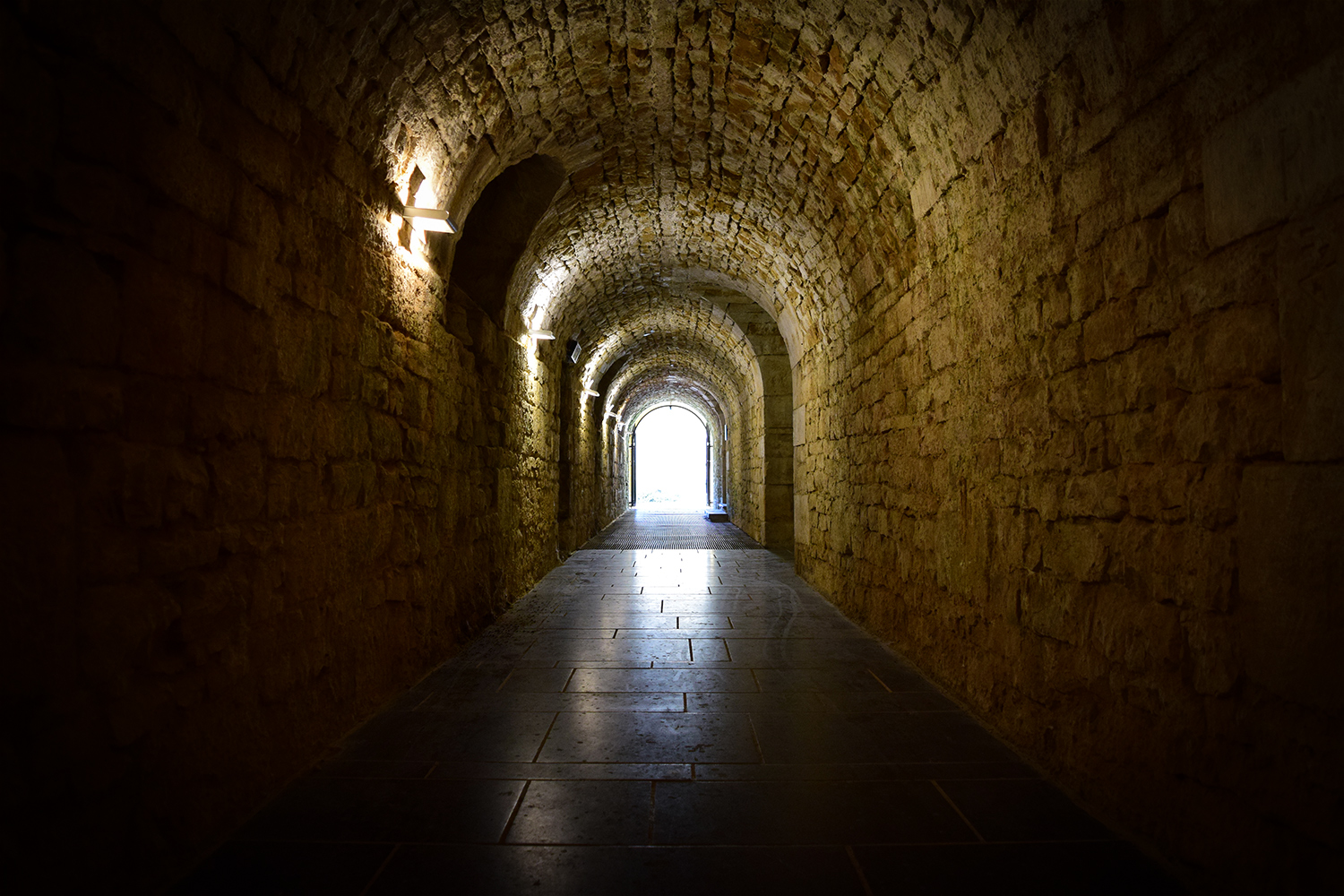 The entirely rebuilt basilica & monastery and interior courtyard are an entirely different setting. As mentioned above, other than the impressive basilica, you also have separate residences for guests who want to withdraw for a while from their daily environment for prayer (not mandatory), meditation, study or rest. Visitors are welcome, provided that they comply with certain rules, such as sharing the meals without having to converse (oh what a JOY!).

A fun fact: The abbey beer that can be consumed while you’re staying over as a guest has an alcohol percentage of 3.5 percent which is considerably lighter than the normal Orval… 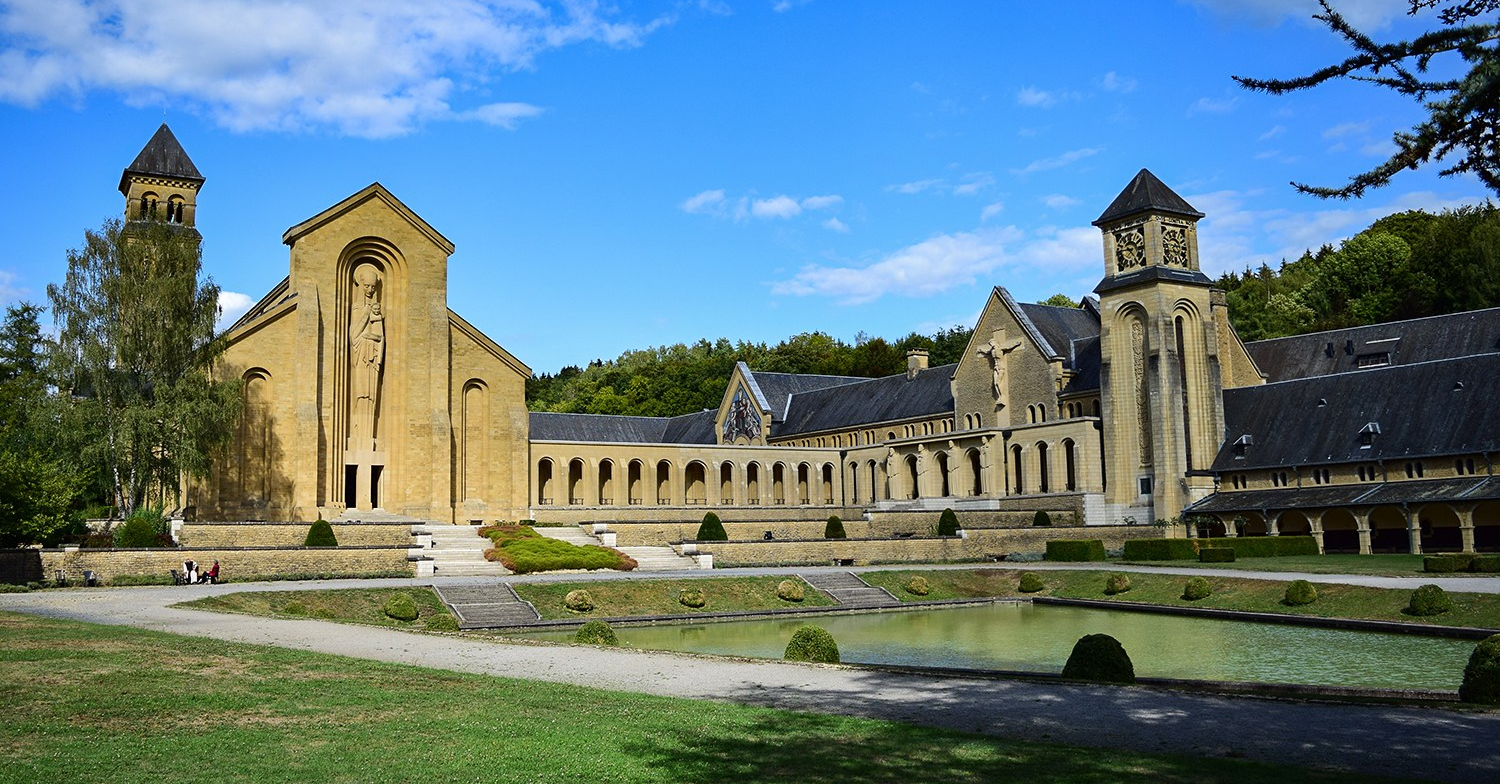 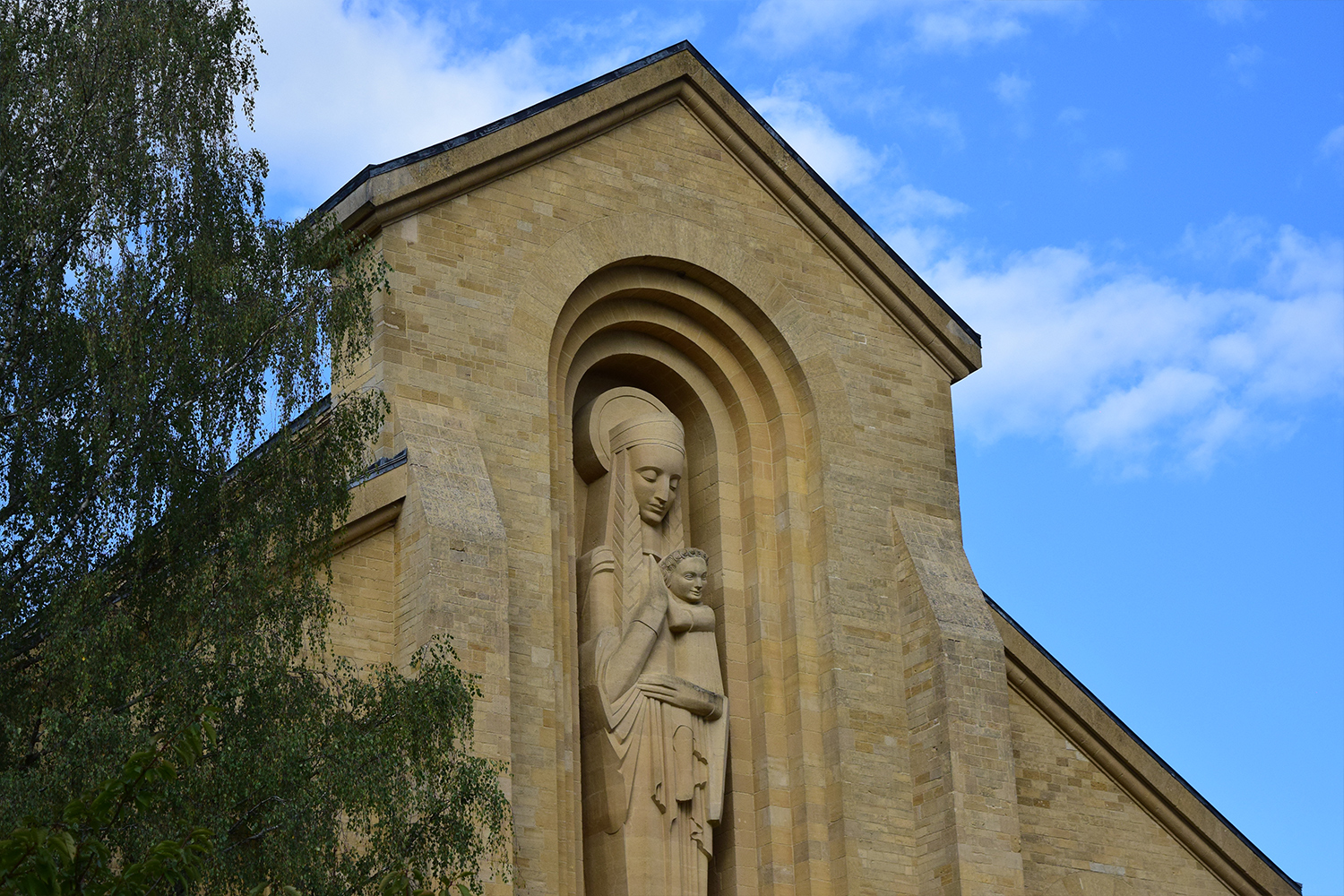 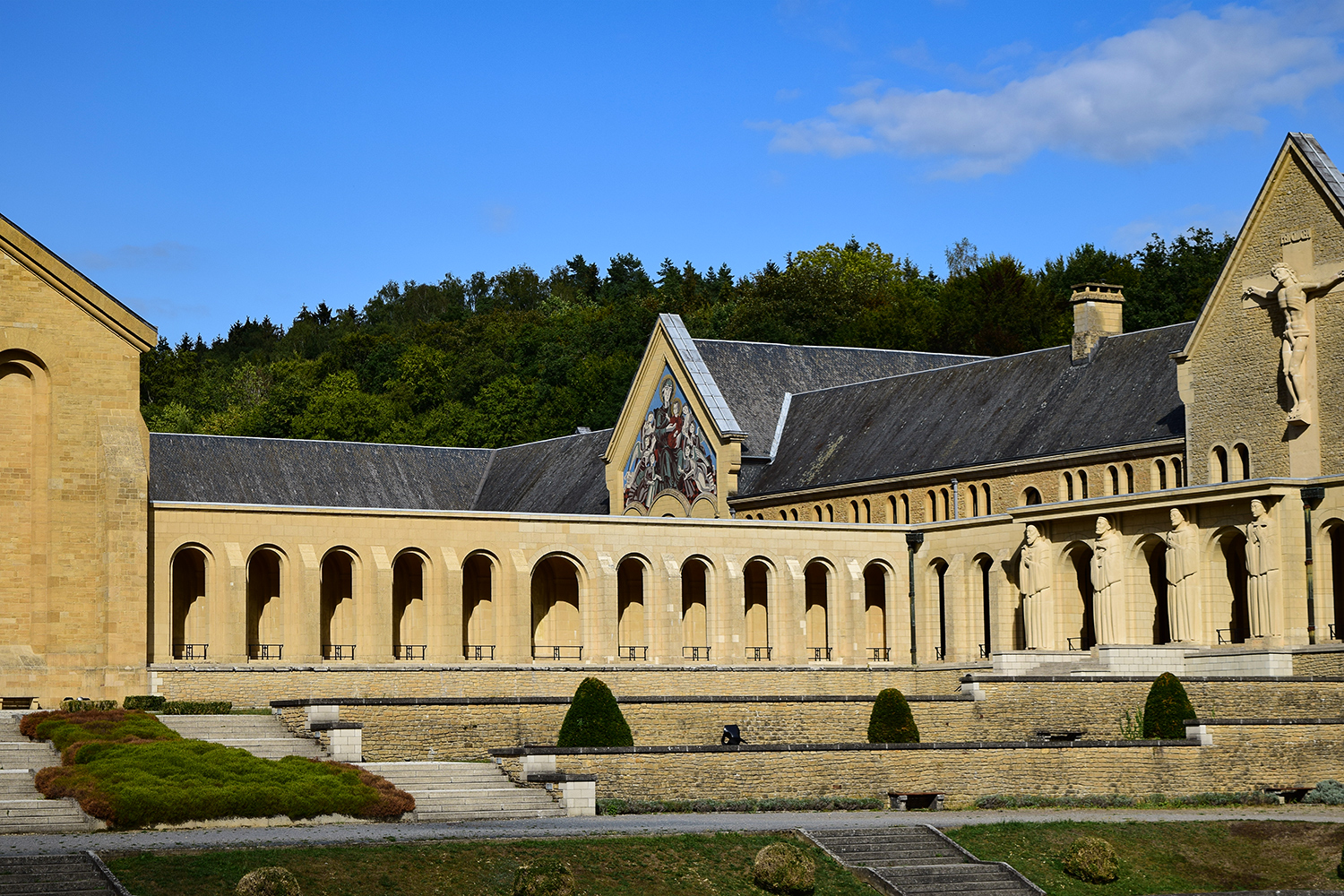 You know I like my clock towers, and this one is all kinds of cool: 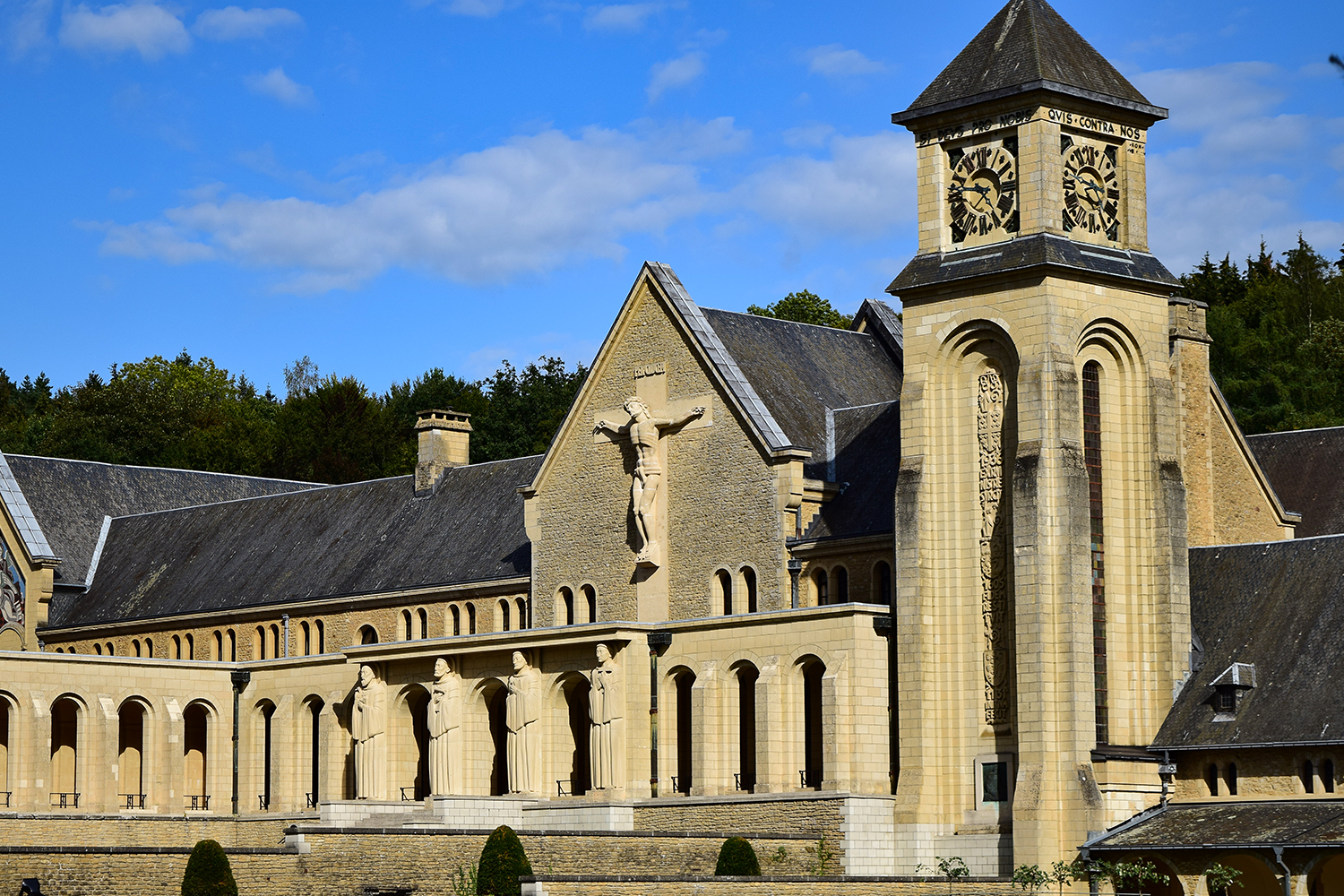 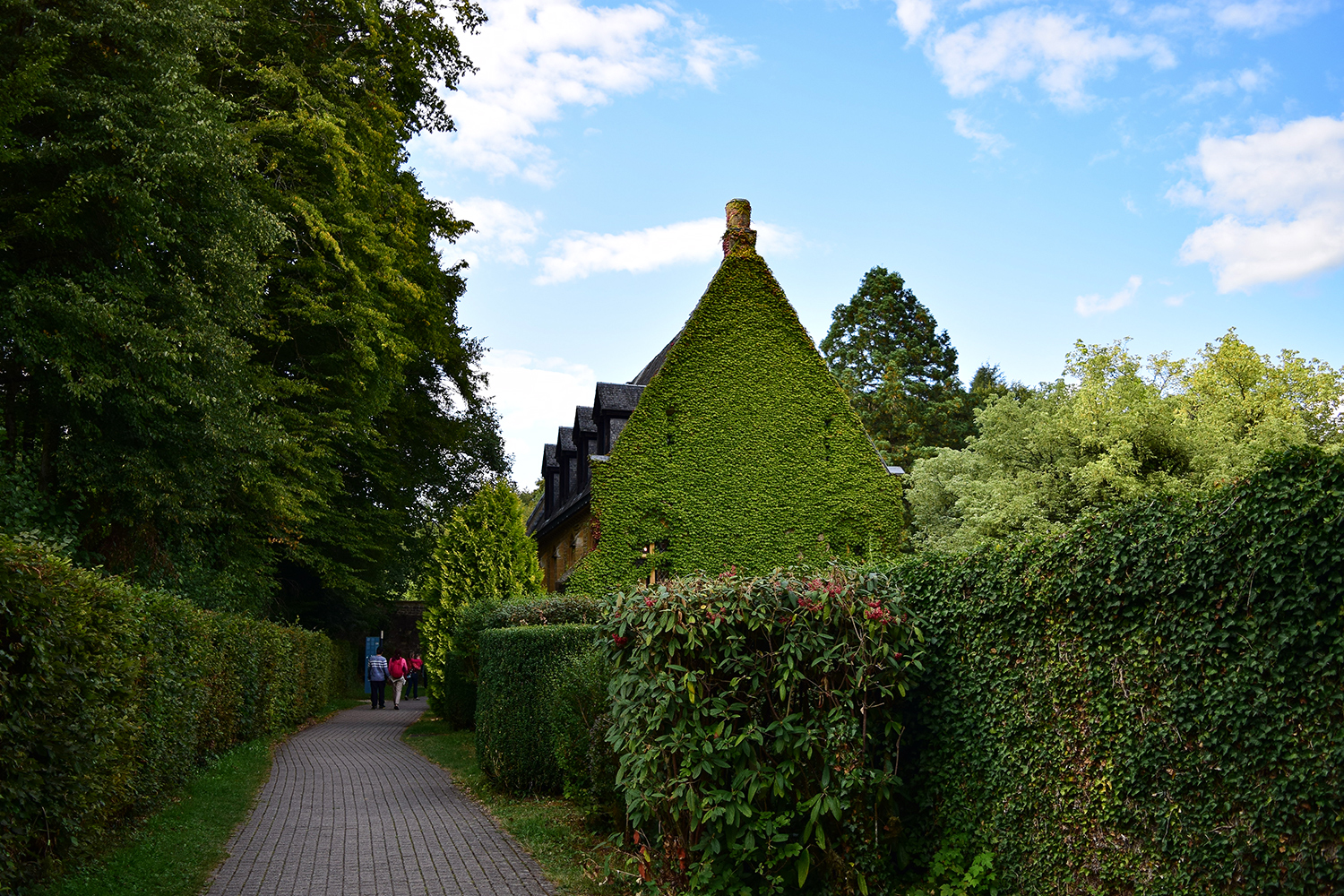 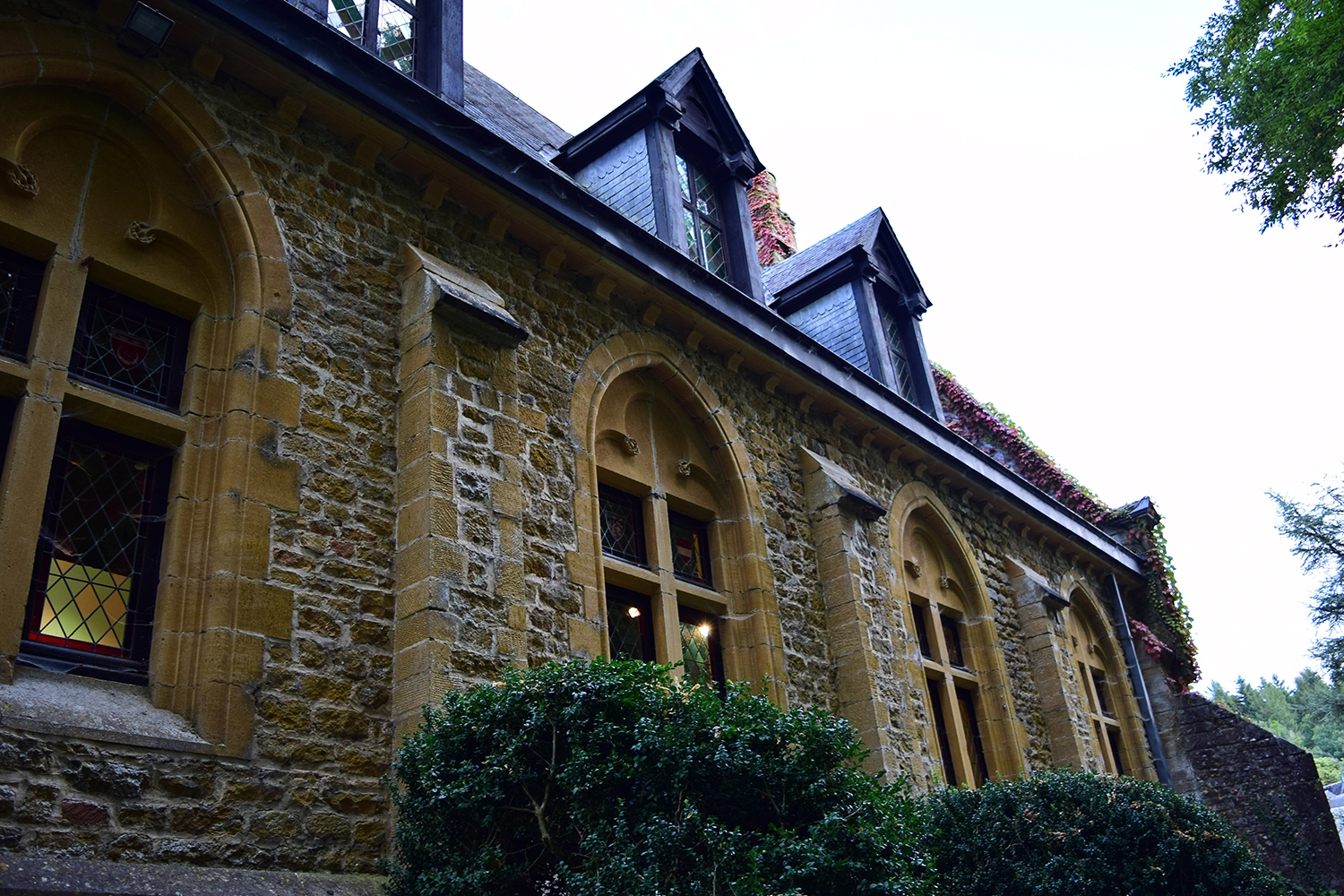 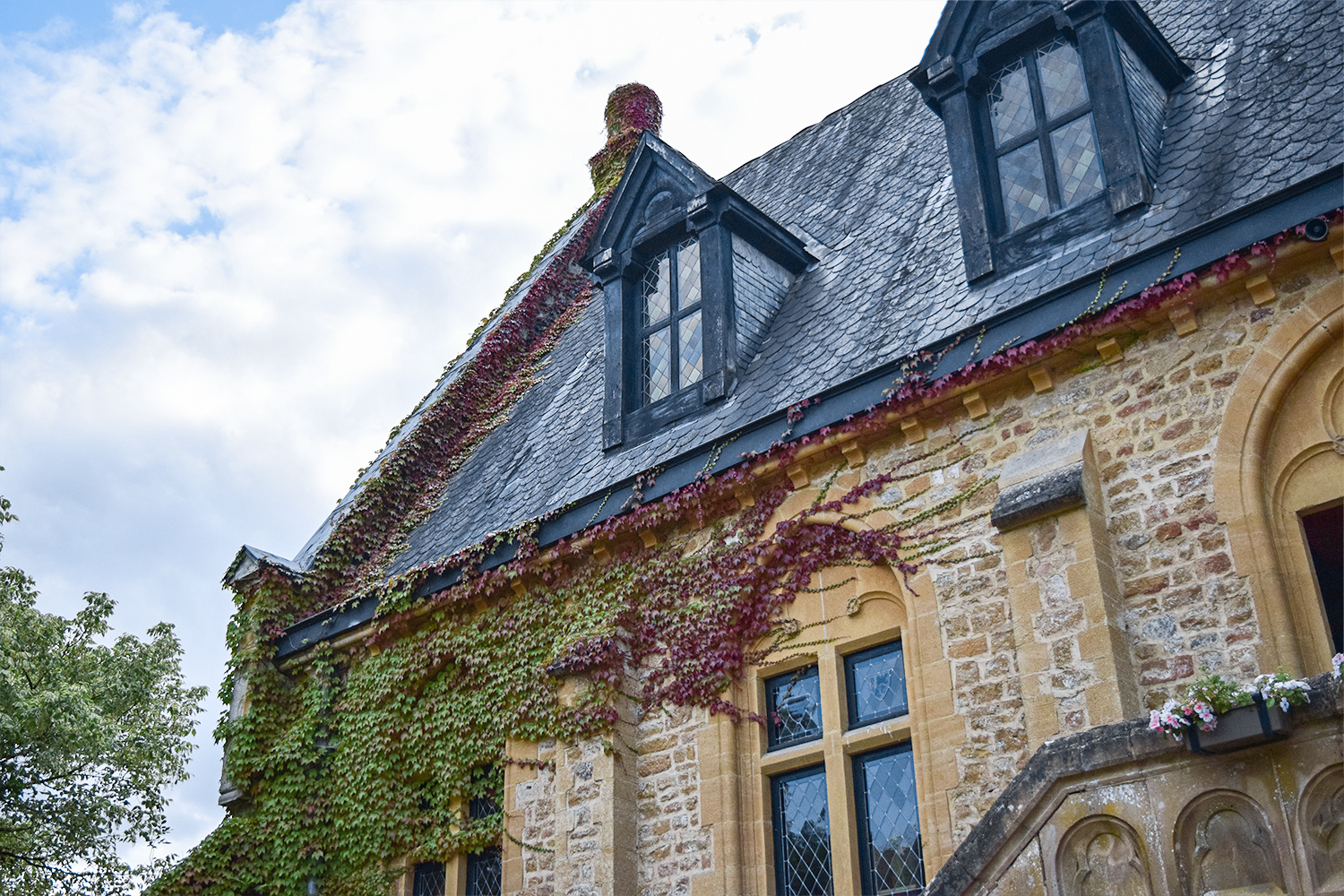 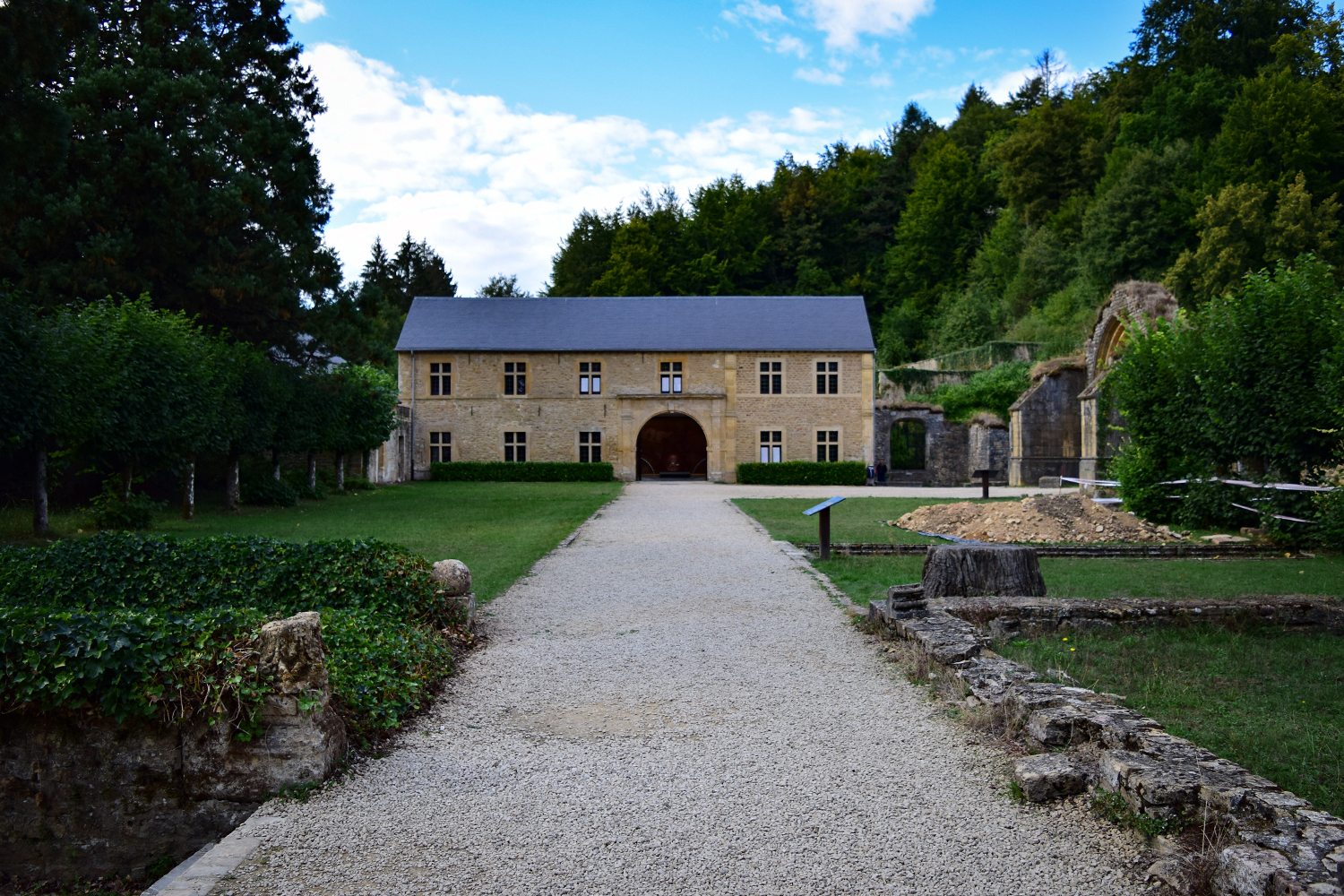 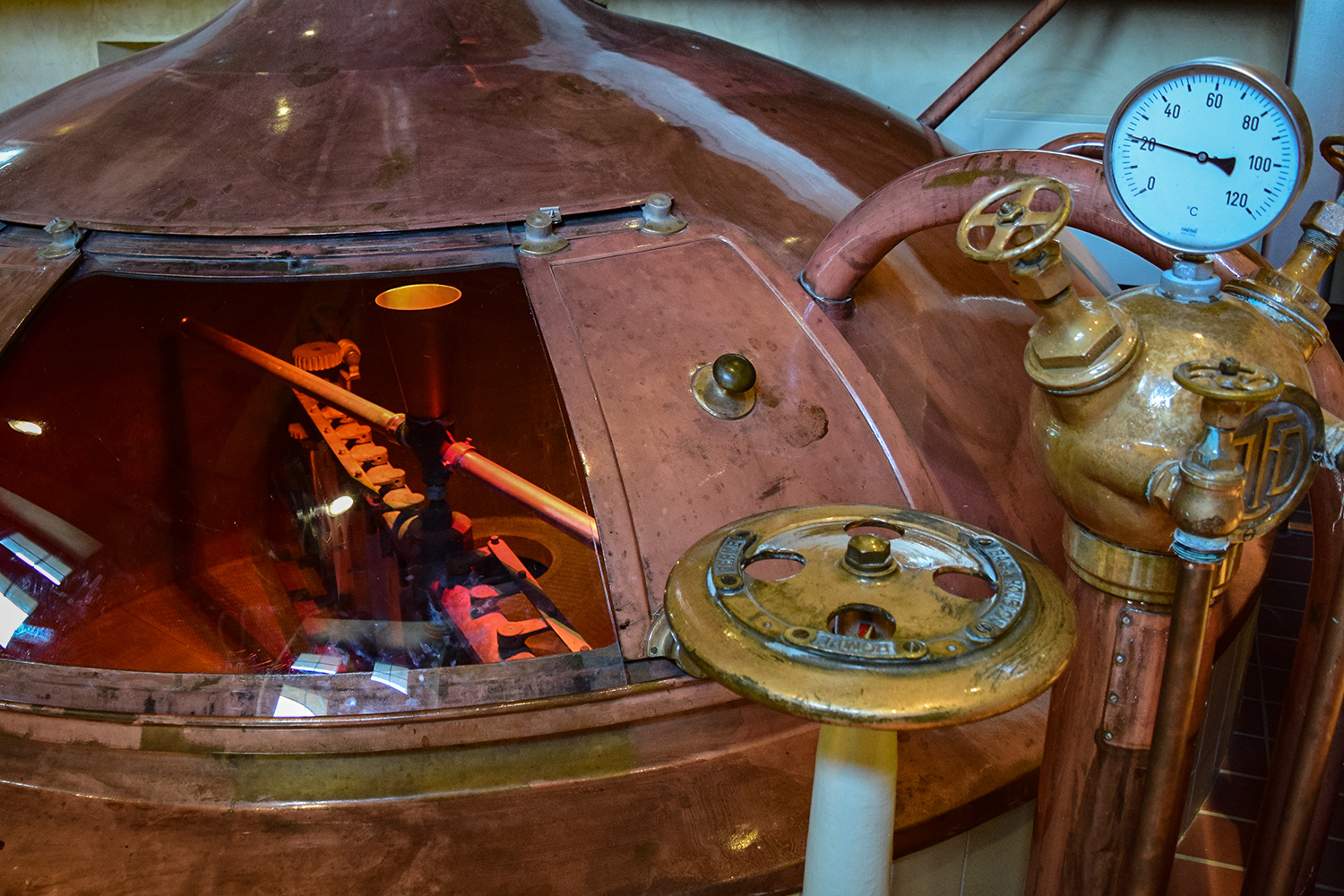 A quick shot of the Explorer while we’re here… 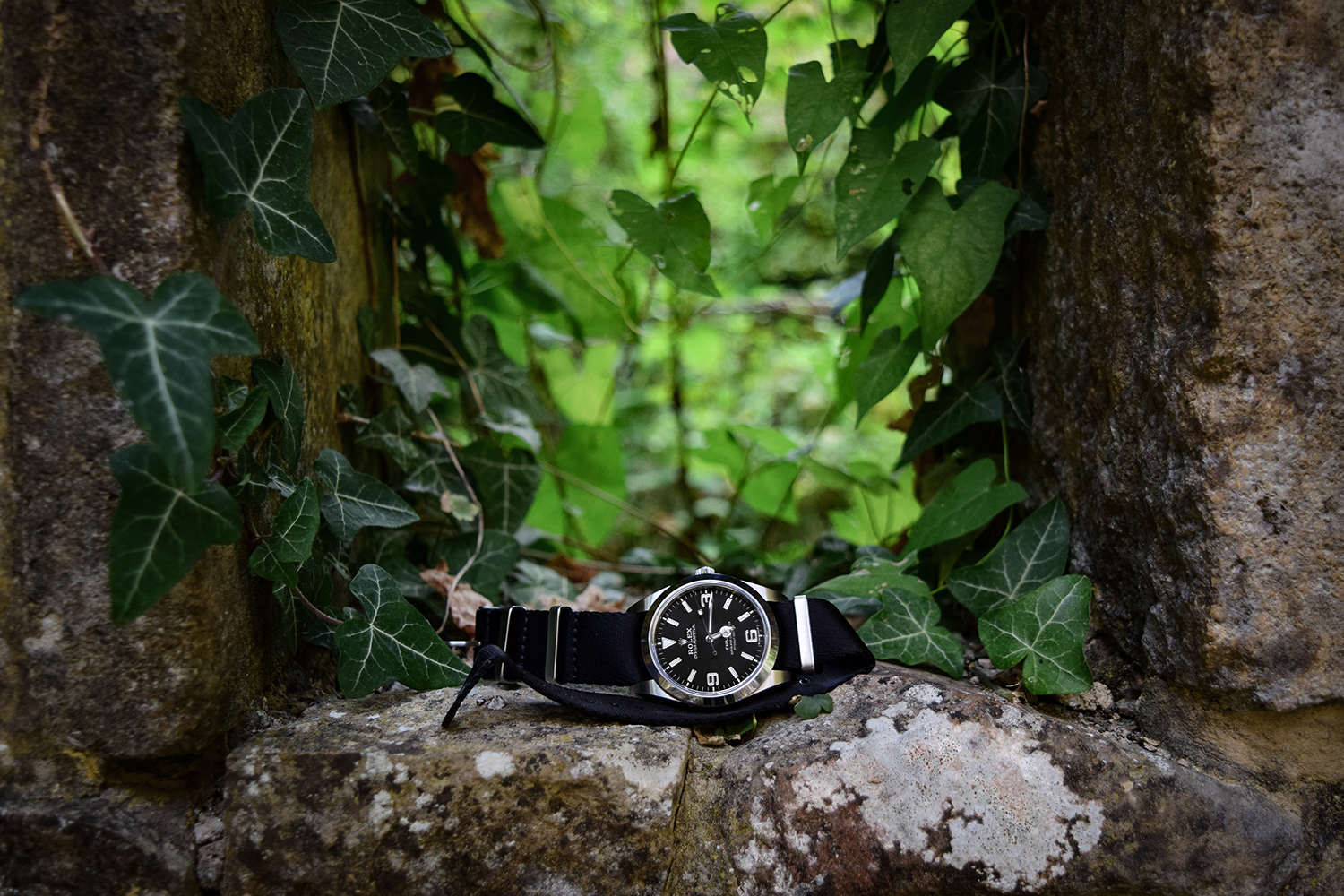 The tower stands tall above the site and is visible from nearly anywhere in the valley: 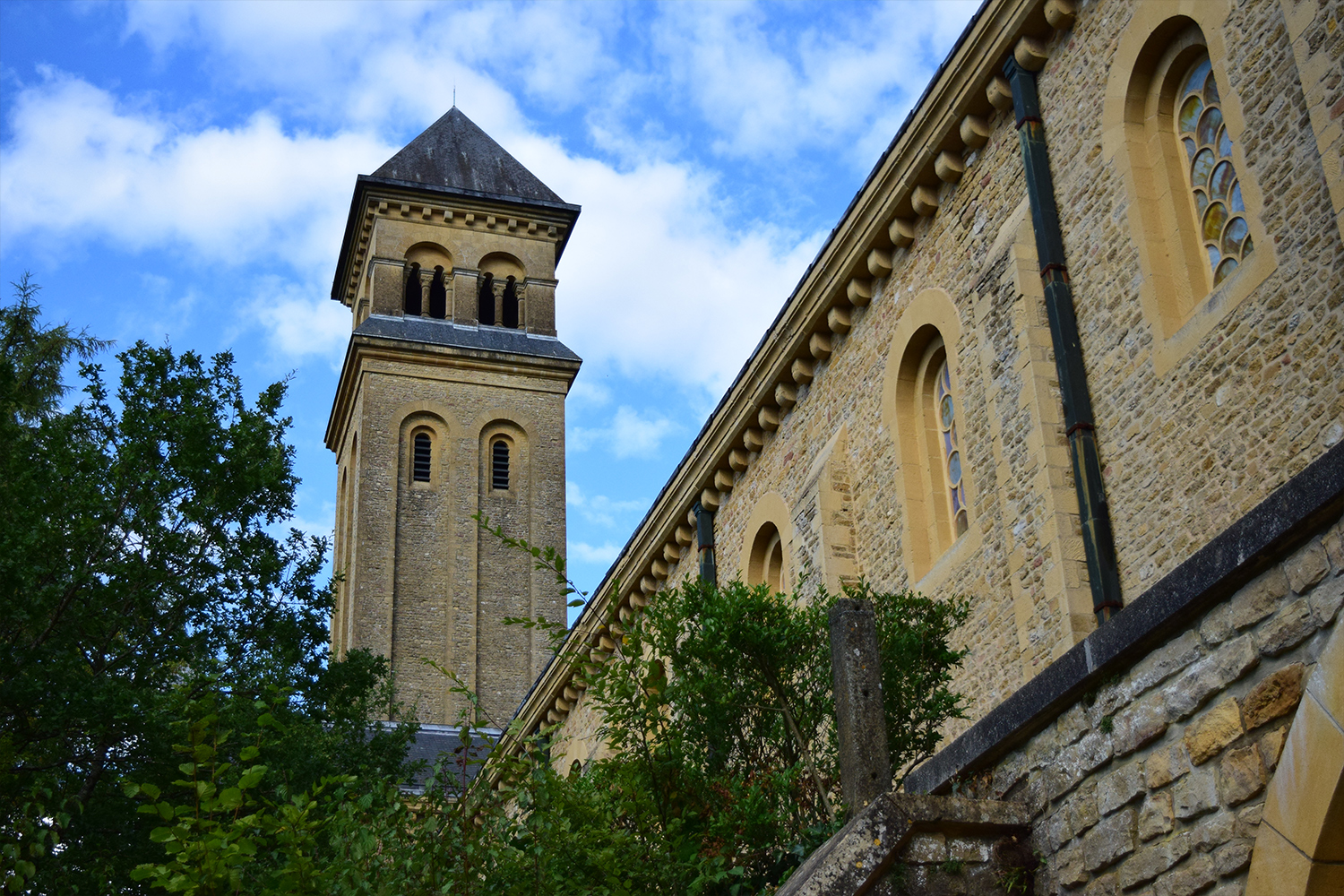 The prize at the end of the day: Trappist & Cheese

An important and often forgotten detail with Trappist beers and Orval in particular: The alcohol percentage written on the bottle (6.2%) is just an INDICATION! The reason is that the beers keeps evolving after being bottled, which is also why an ‘old’ Orval will cost you more than a ‘young’ Orval. The older ones have higher alcohol percentage. You want to drink these slowly and with a good snack to avoid the obvious 🙂 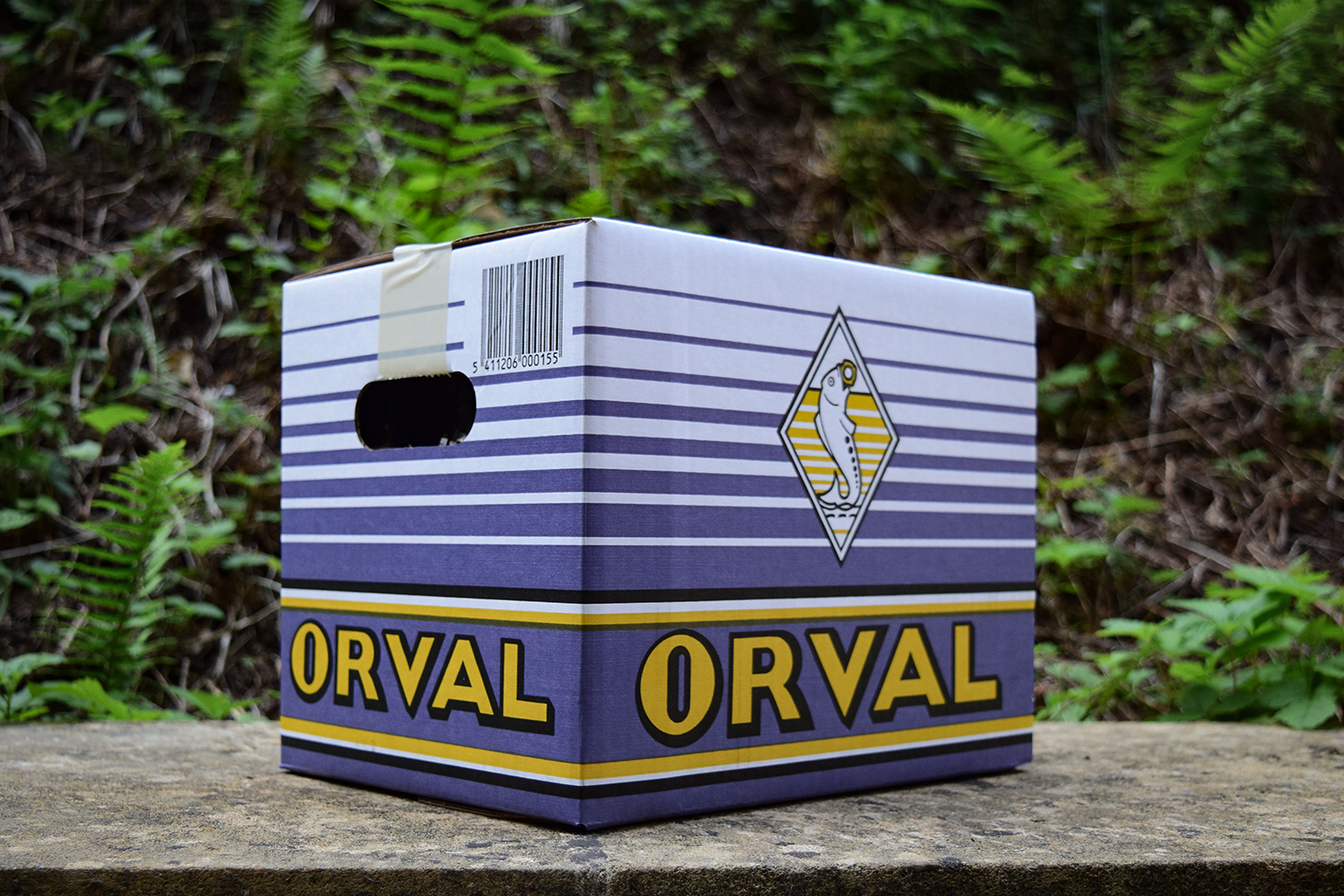 Beer & cheese go together like Fish & Chips. It is not uncommon in Belgium for the abbey beers to also make an excellent cheese to go along with their beer. Most certainly worth a taste and a Belgian favorite. 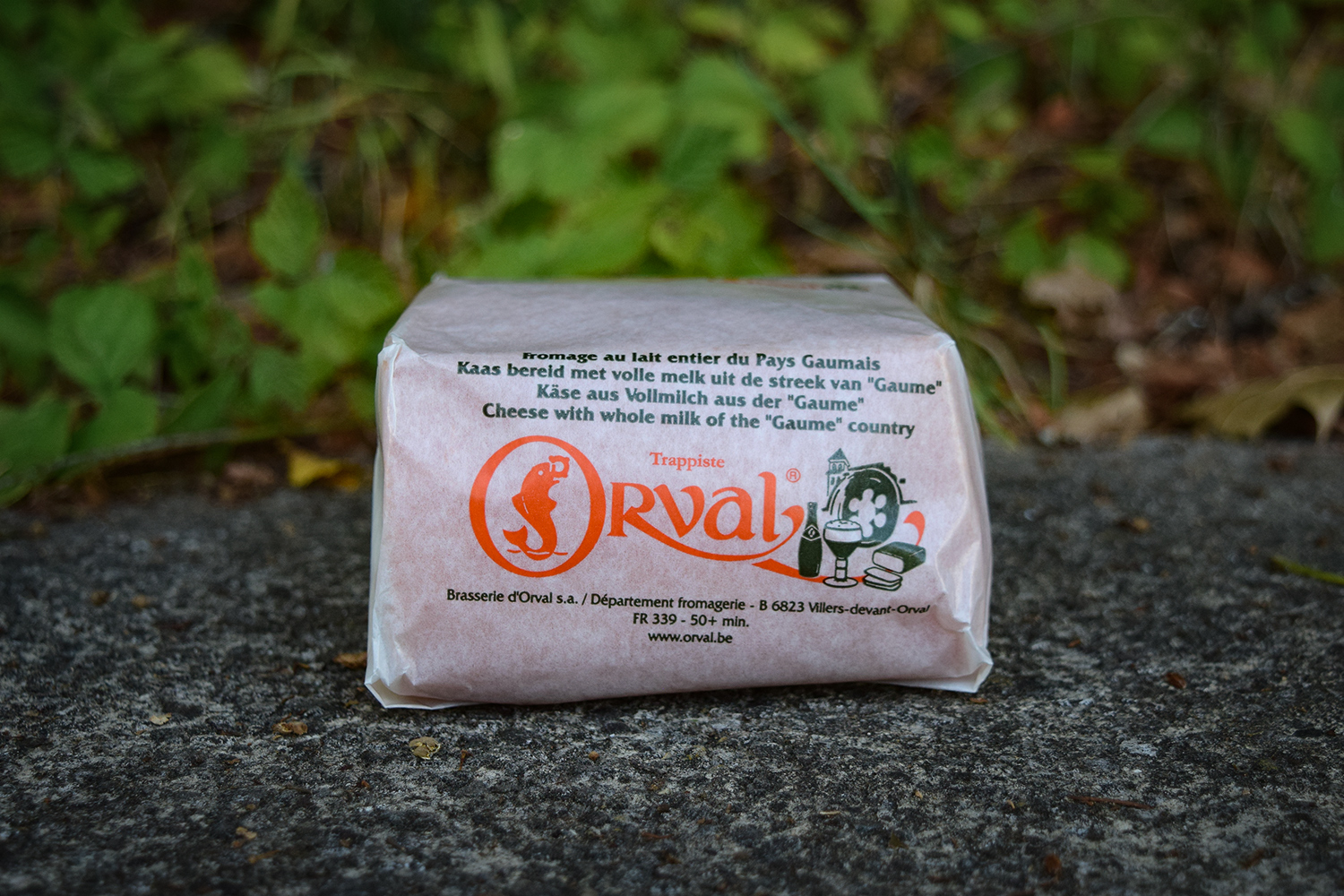 While there is no on-site ‘brasserie’, you can find one just down the road at a 30 second walk. Orval is at the center of their menu of course, and most definitely a perfect way to close the afternoon. 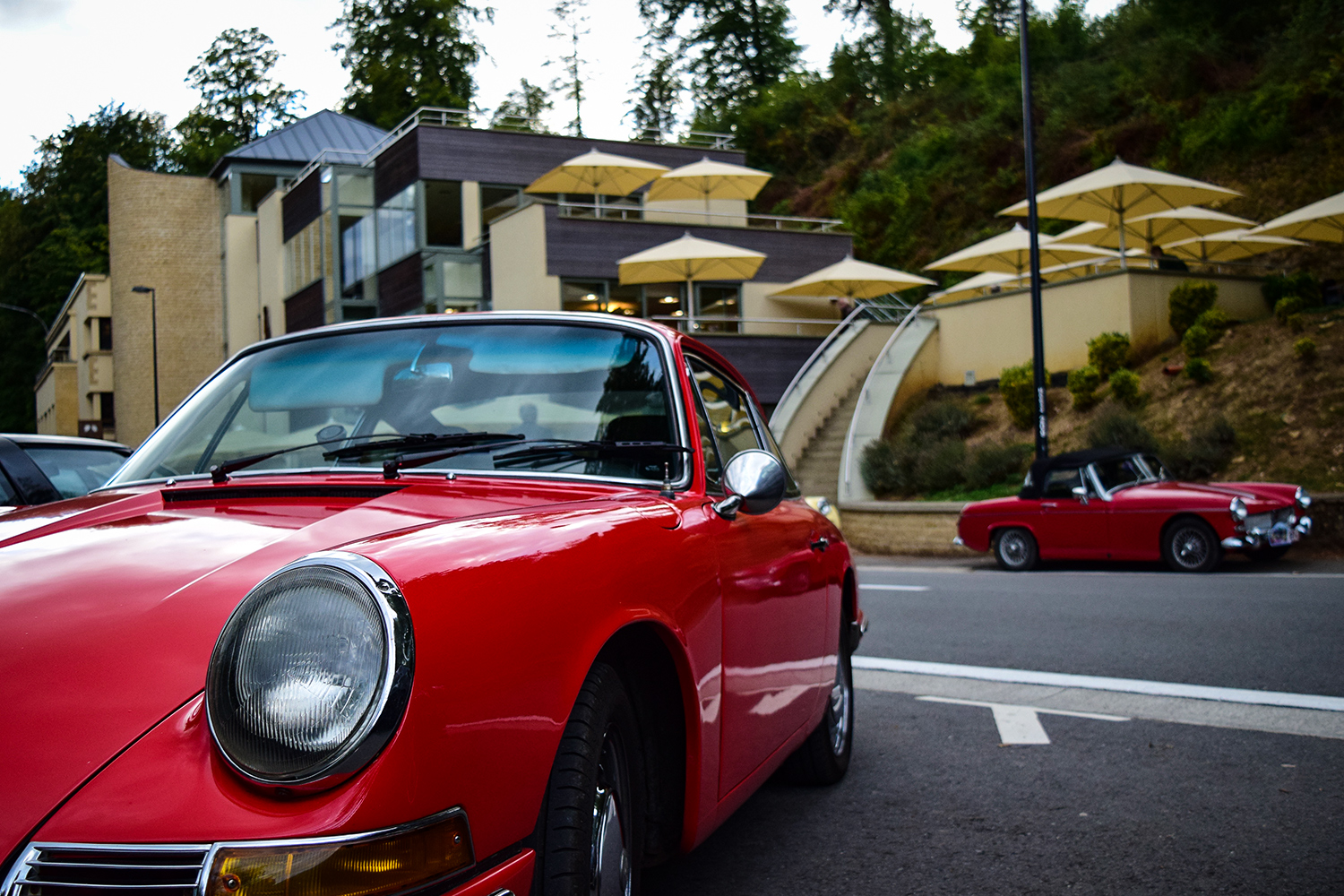 Oh by the way, it is extremely important to drink your belgian beers in their correct glass. It it is a rule which should never be broken. Except the day I took the closing shot, because I didn’t have an Orval glass handy… 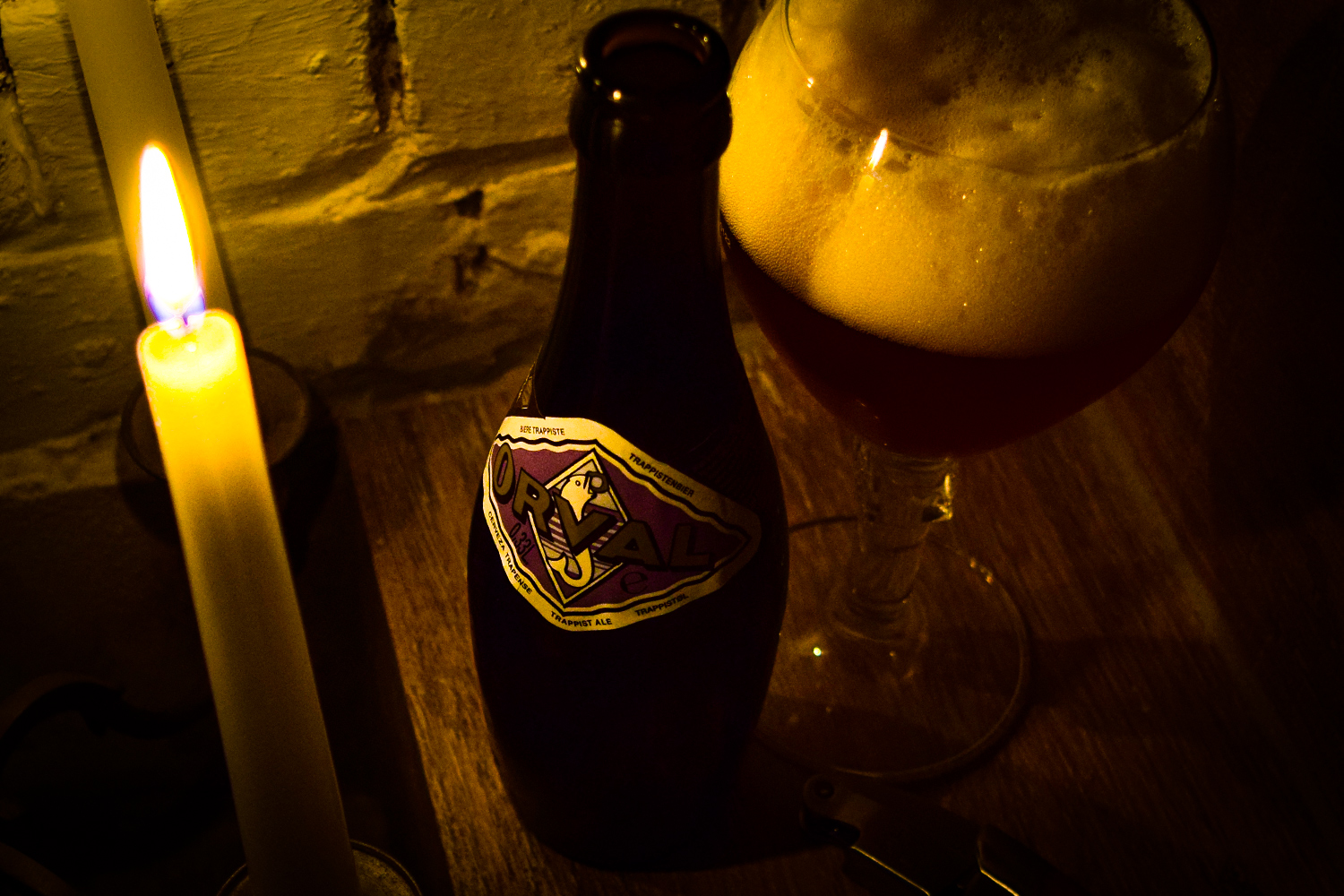 The official serving instructions are as follows:

Slowly pour the beer into a special Orval glass without shaking the bottle. Hold the bottle horizontally and slightly tilt the glass. In a flowing movement, slowly straighten it until only one cm is left in the bottle.”