Which watch would the (Red) Devil wear? Time for some World Cup watch spotting…

2018 World Cup’s finally over. The Belgian Red Devils didn’t play bad, not bad at all, in fact they came in third. And that’s a first for the National football team of Belgium. And so, yesterday, Belgium threw one heck of a party. They were welcomed at the Royal Palace and afterwards welcomed home by an impressive crowd on the Brussels Grand place. Watching the parade, there was quite some watch spotting to be done. While not everyone was wearing watches, the ones that did certainly made up for that.

Some of the key players on the team have an average salary of 400K per week (yes, you read that right). So what does one wear when money is no object? One brand seems to reign king (pun intended), but that’s not much of a surprise.

First up is Eden Hazard, one of the key players this World Cup and sporting a heavy hitting Two Tone Patek 5980: 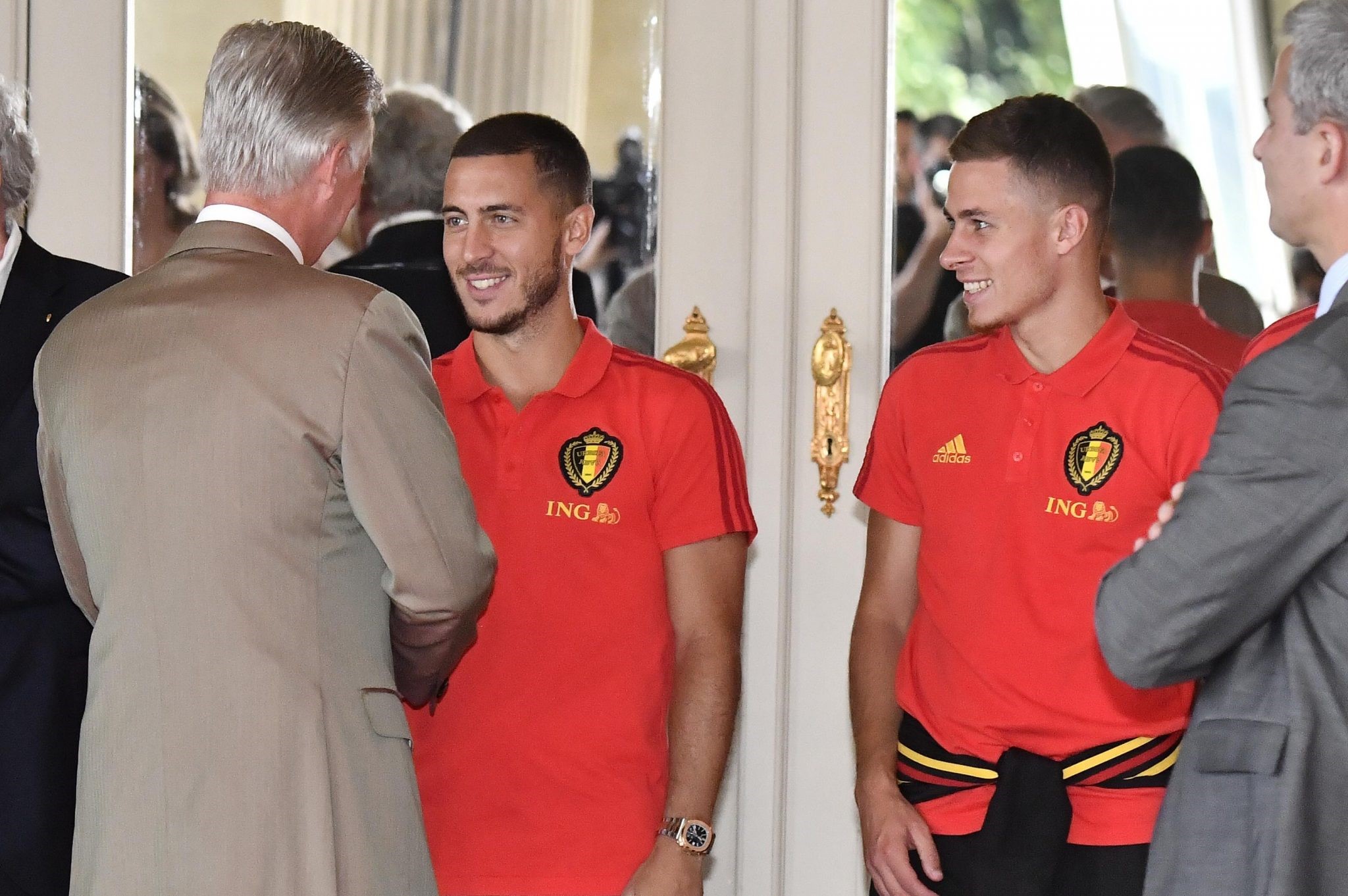 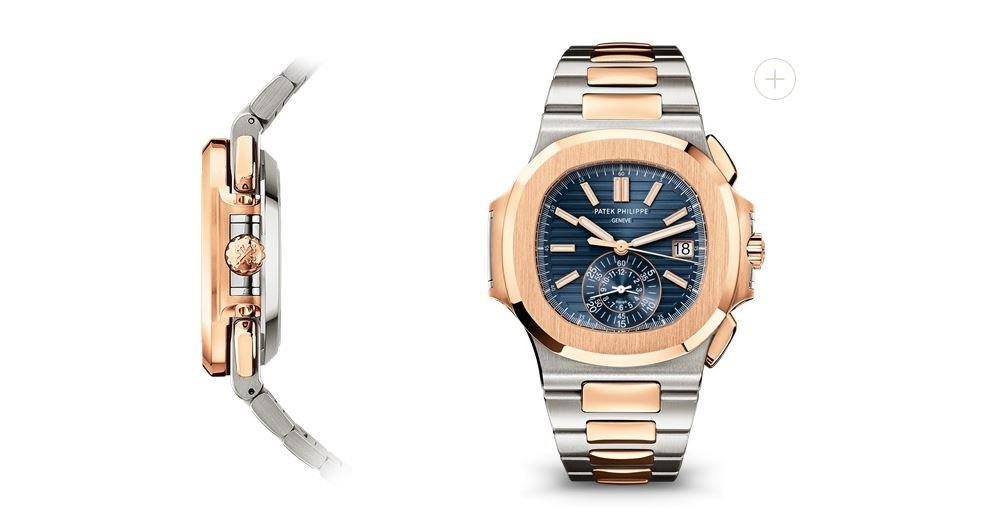 Next up is Kevin De Bruyne, another core player in the National team. Image a bit too blurry, but I’m taking a wild guess that it is a Rolex Daytona: 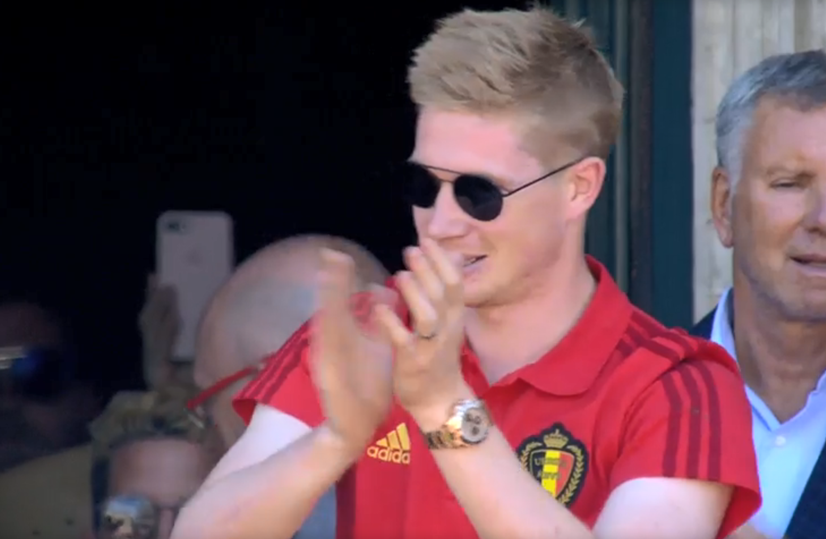 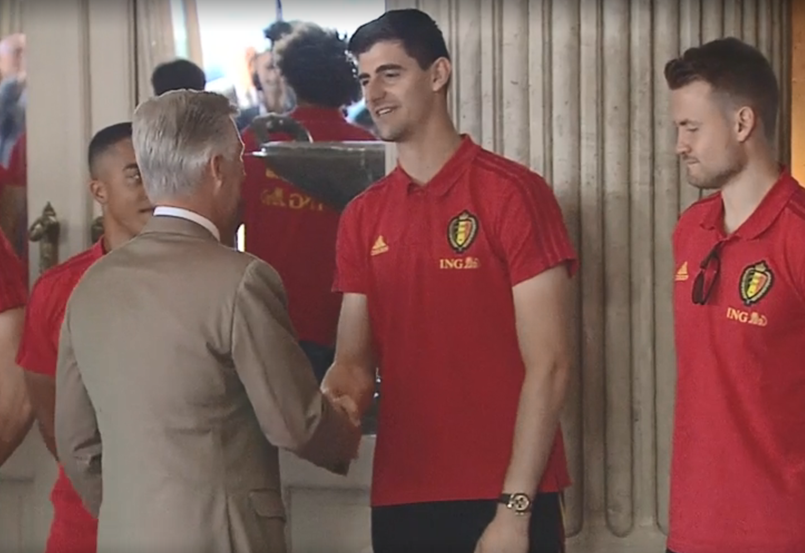 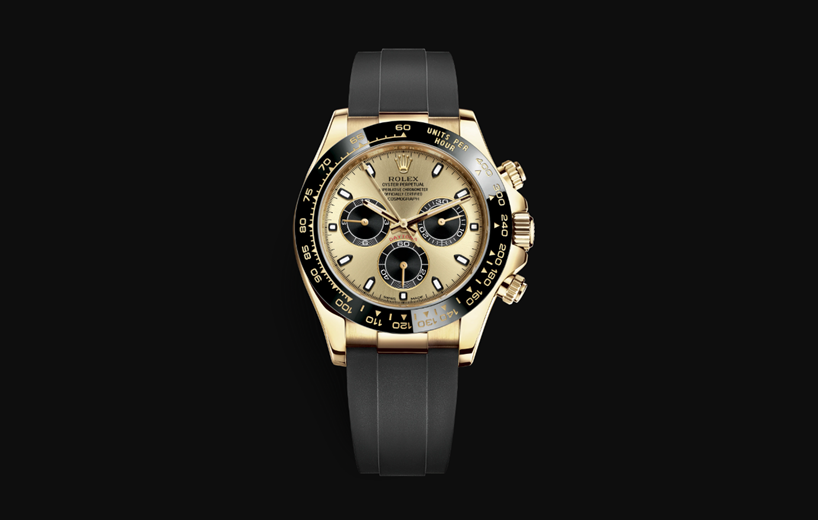 Next up, more Rolex madness: 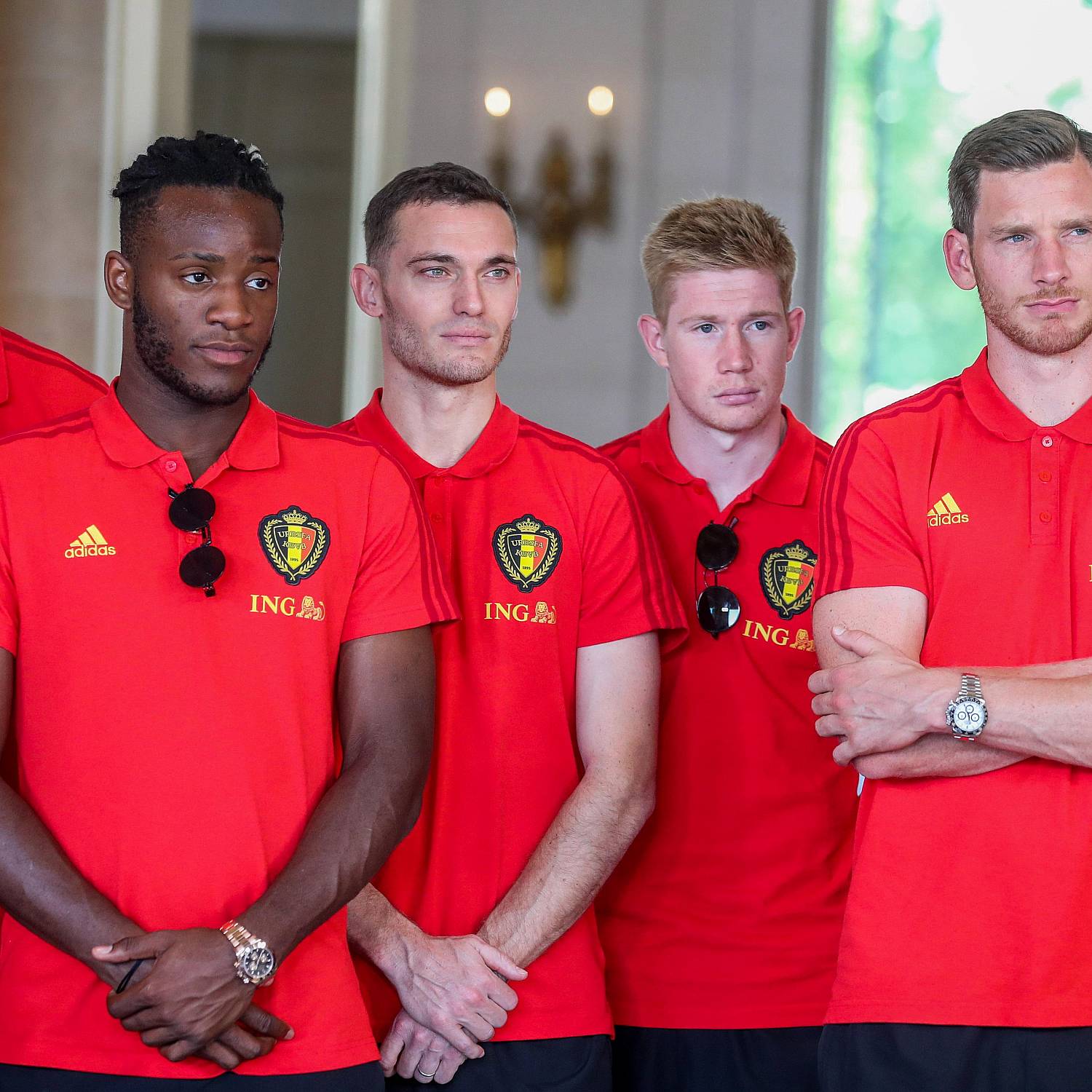 On the Left: Michy Batshuayi: A variation on the Rolex Daytona in yellow gold, not 100% on the ref. On the Right: Jan Vertonghen, sporting a Wis-favorite, the white dial Rolex Daytona. 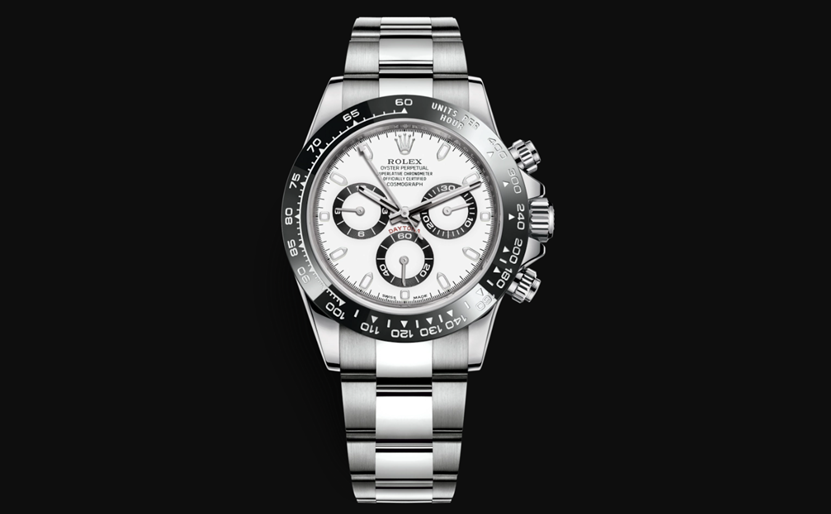 Head Coach Martinez was sporting the Hublot watch, much the same as all coaches and refs this Cup. Martinez is a total WIS and was seen sporting a few watches a.o. a Big Bang Unico. At yesterday’s celebration he was sporting the Big Bang Referee watch: 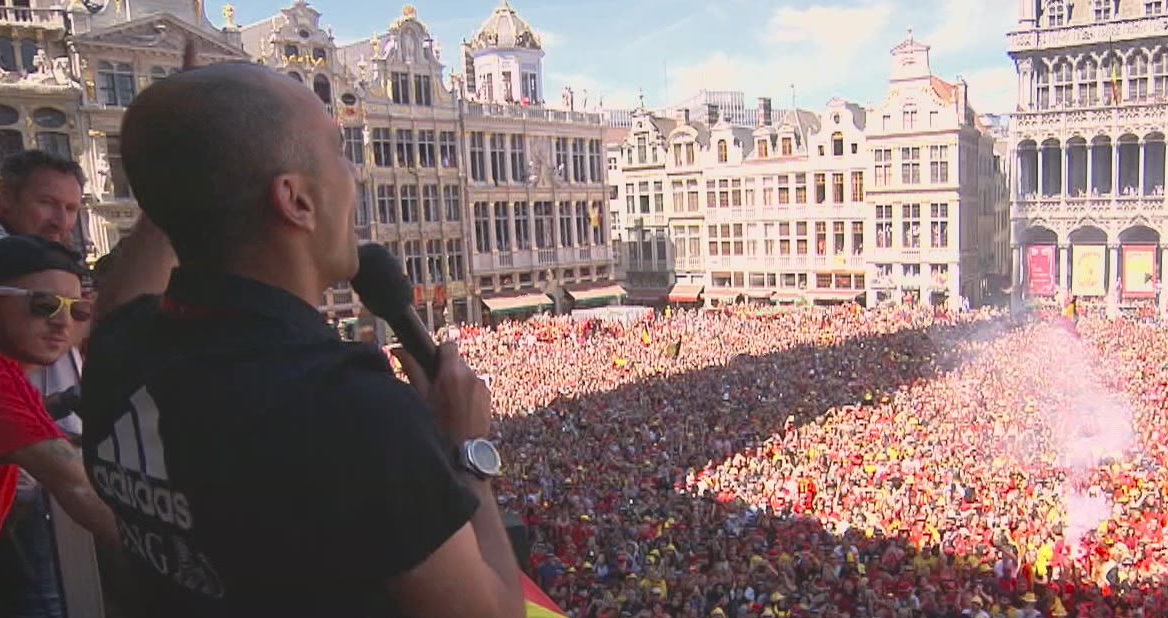 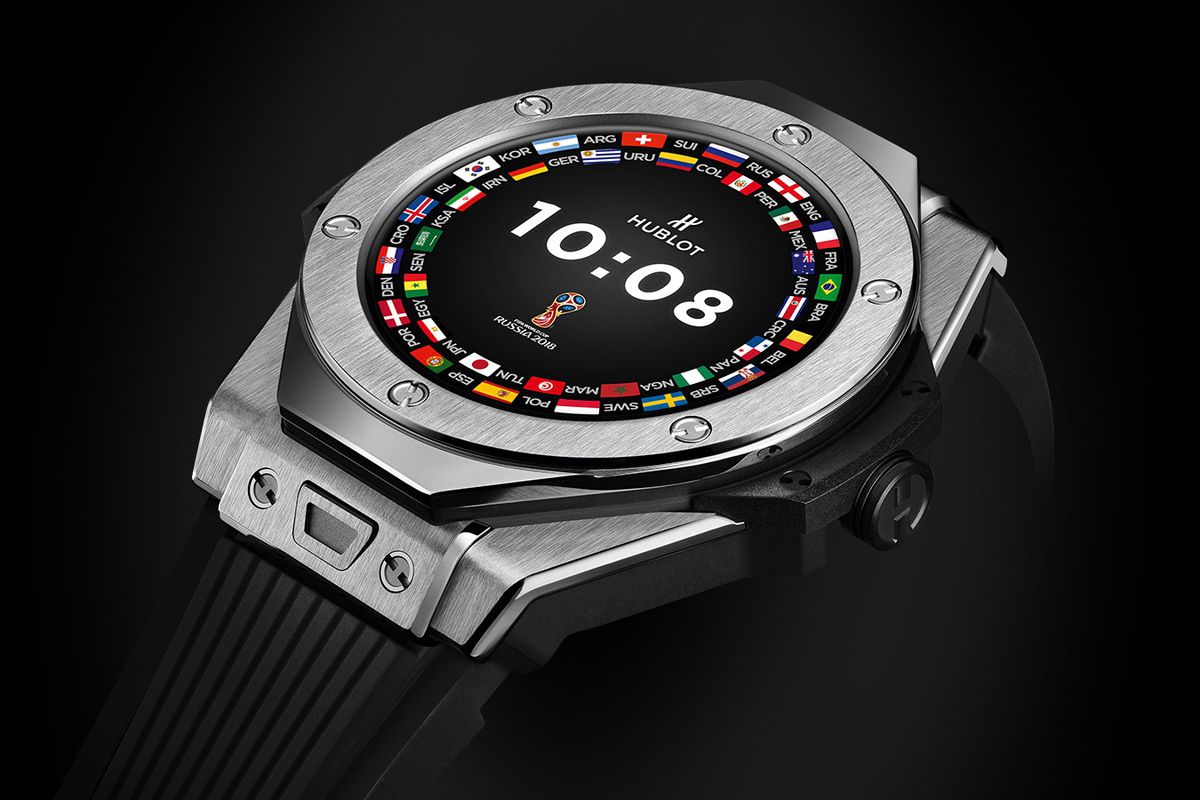 Hublot has enjoyed a very visible presence thanks to its sponsorship of this World Cup. I could only imagine Jean-Claude Biver’s reaction every time the game had to be stopped and he saw this popping up: 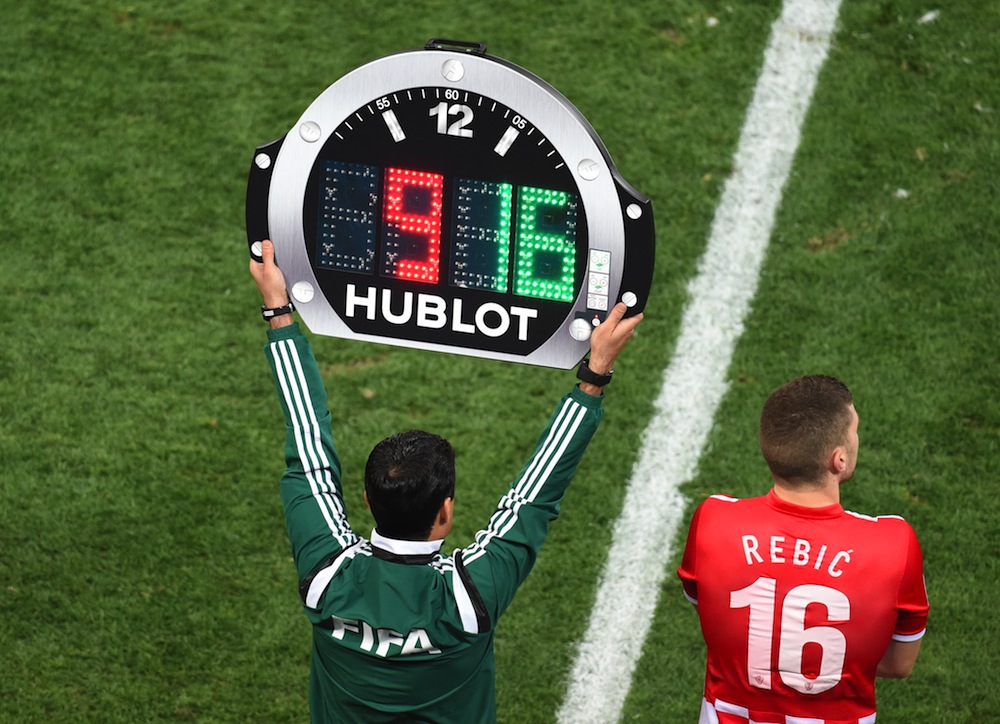 Definitely also wearing watches but wasn’t able to catch a good look at them: Meunier, Omnipresent Axel Witsel, Fellaini the Giant and surely a few others.

Image courtesy: Splash image and Screengrabs from footage shot by the VRT/RTBF