Today we’re having a closer look at Konstantin Chaykin, the independent watchmaker behind more than a few innovative timepieces released in the past years.

Usually, you’ll find several people, groups and holdings behind a brand name. In the case of Konstantin Chaykin however, it’s the opposite, you’ll simply find Konstantin himself. The man & nowadays his team are based in the Atelier Chaykin in St Petersburg. Self-taught, self-made. He is not only a watchmaker but also a renowned clockmaker and the creator of the “most complicated clock which was ever made in Russia”. Called the Moscow Comptus Easter Clock with 26 indicators spanning the horological & astronomical: 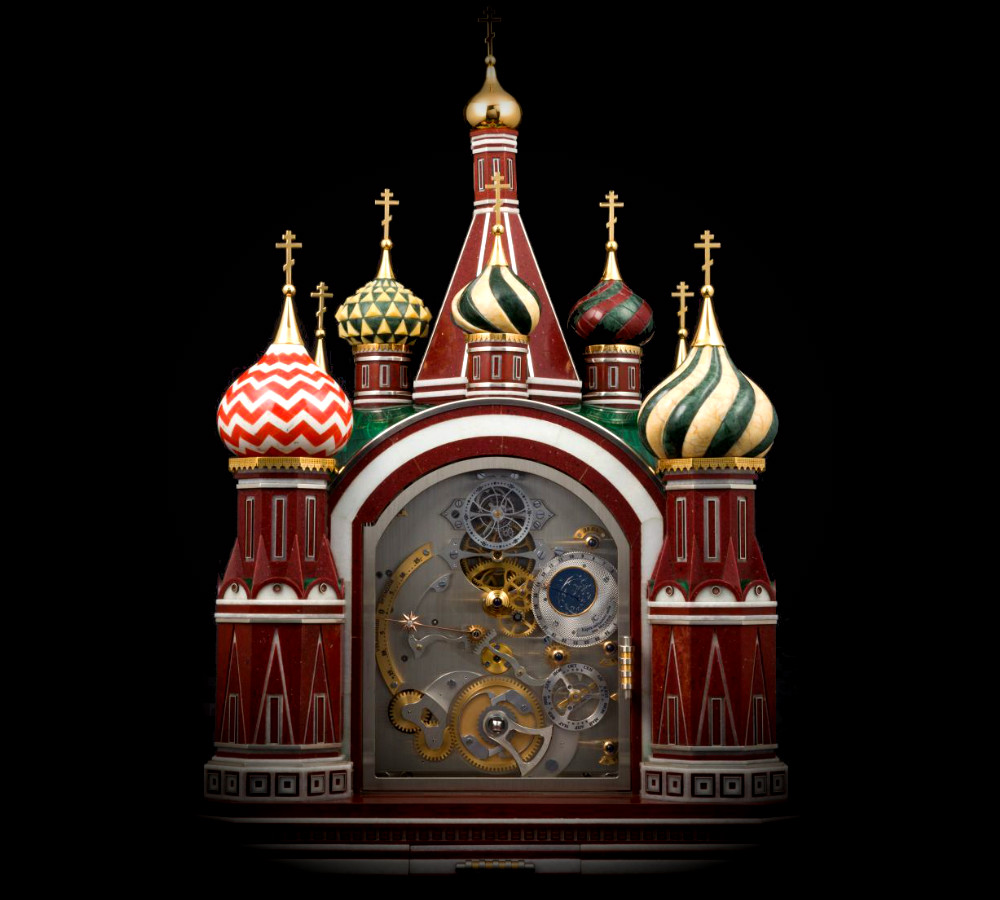 Noteworthy is that he is a member and in fact the President of the revered Académie horlogère des créateurs indépendants (International Academy of Independent Watchmakers) and the only Russian member in fact.

Mr Chaykin started his own company in 2003. Ever since, it’s been onwards & upwards. Worth repeating: the man is self-taught. The first timepiece that came out following the launch of his company, was not a wristwatch, but a table clock featuring a tourbillonTourbillon A tourbillon is a complication in a mechanical watch that is designed to improve the accuracy of the watch by compensating for the effects of gravity on the balance wheel and escapement. It consists of a rotating cage that holds the balance wheel and escapement, which rotates on its own axis once per minute. This rotation helps to average out the positional errors caused by gravity, making the watch more accurate [Learn More]. Following several additional innovative (clock) releases the following years, the watch that arguably put him on the radar of watch enthusiasts was the Lunokhod: 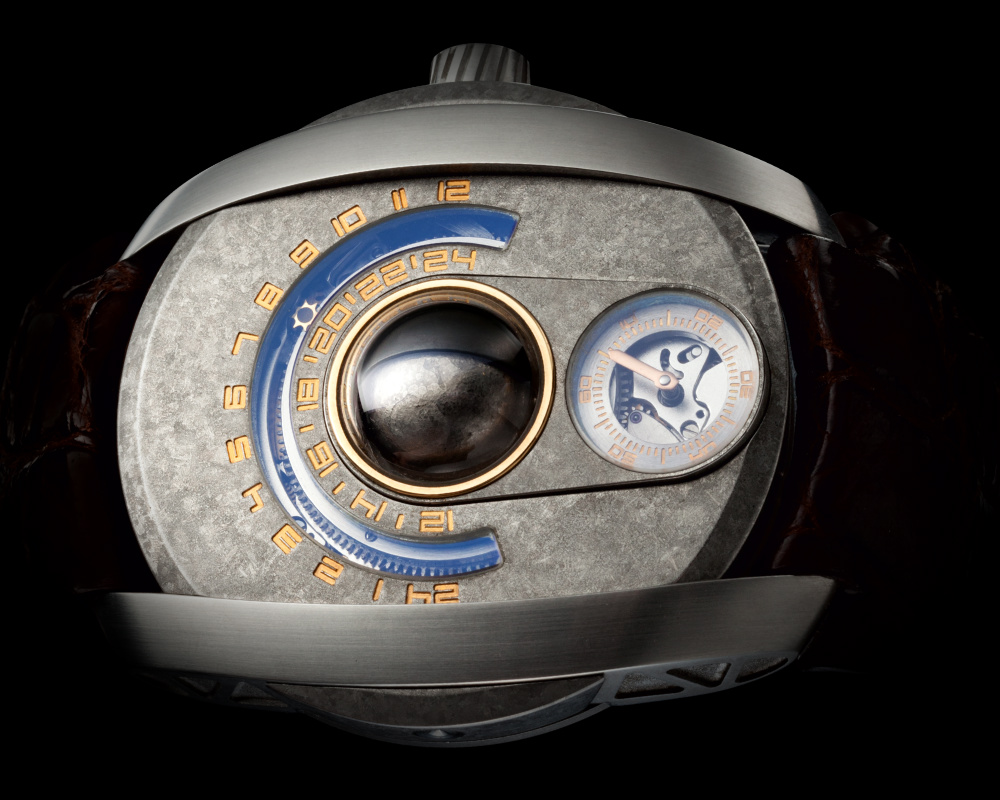 Lunokhod in Russian means Moonwalker by the way, which explains why there’s a glorious and innovative moonphaseMoonphase A moonphase complication is a feature found in some watches that displays the phase of the moon as it appears in the sky. It typically includes a small disc with a representation of the moon, usually with a depiction of the lunar surface, that rotates to indicate the current phase of the moon. The disc rotates once every 29.5 days, the same period of time it takes for the moon to go through its lunar cycle. [Learn More] indicator at the center of the timepiece. An in-your-face Moonwatch which is made from an oldschool metal awesomely called ‘Wootz’ steel (for your Knife collectors out there, this steel is from the same family as Damascus steel). Several clock releases later, a wristwatch release that made heads turn again was his Cinema watch. On the press of a button that little horse down there, starts galloping. A unique complication based on the  Zoopraxiscope. It creates an effect very similar to those really old film projectors: 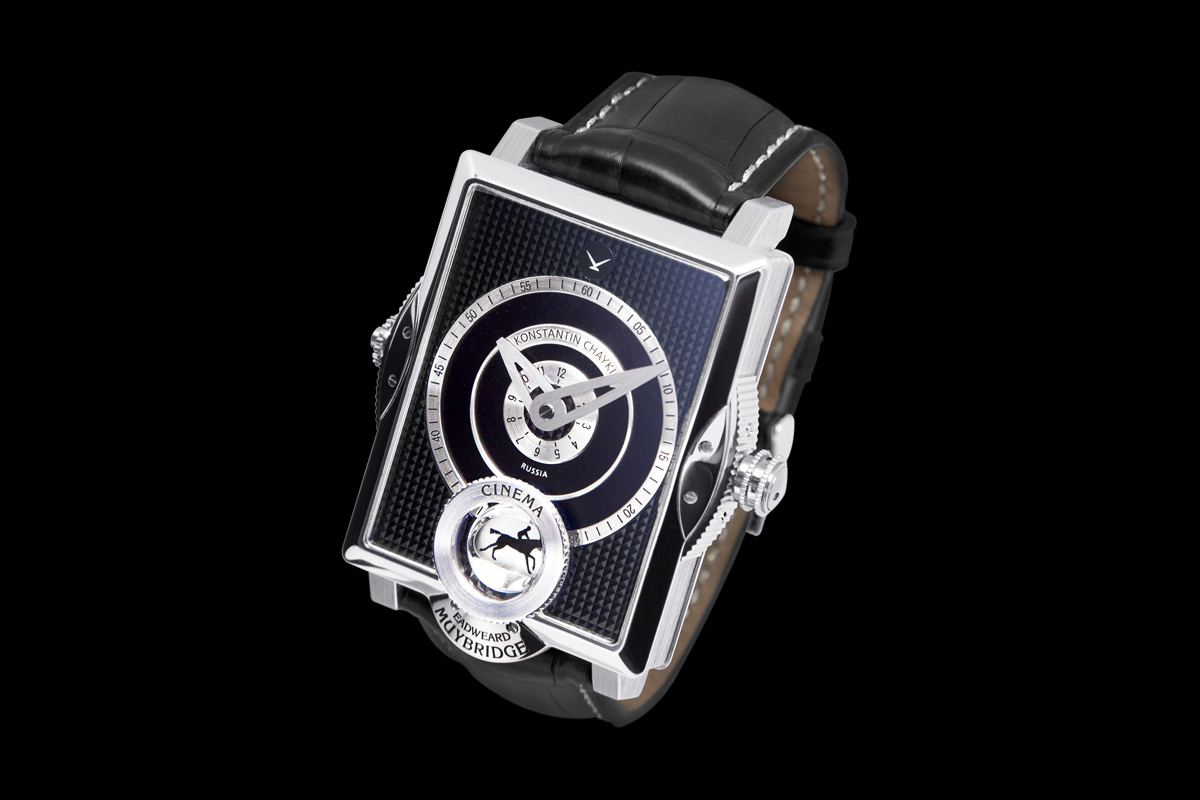 Stepping completely away from any of the design & aesthetics of the previously mentioned watches, he released something entirely different: The Carpe Diem watch. It features a unique complication yet again, a (functioning) mechanical hour glass: 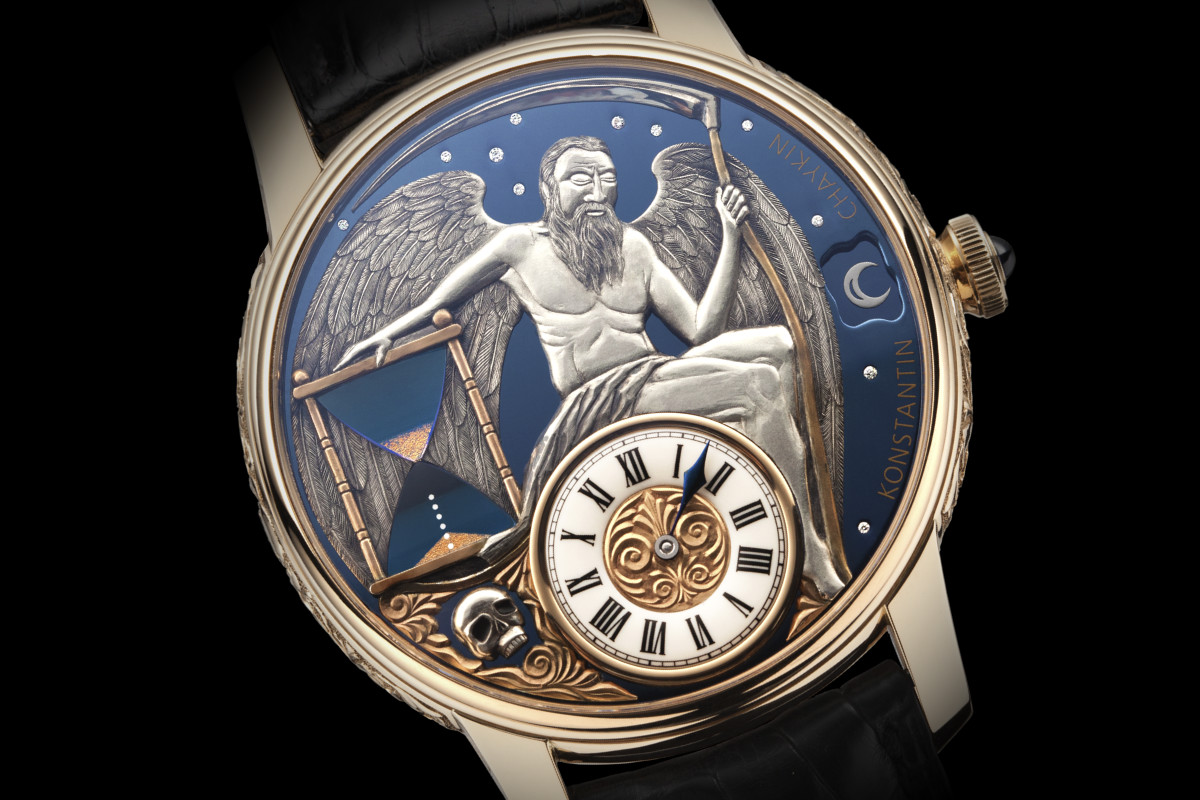 Fast forward, several new clocks and watches see the light of day. And then, without warning, something special happened… the one release that he’ll undoubtedly be remembered for forever. A pivotal watch release in his collection and nothing short of a joy to behold:  The Joker Watch. 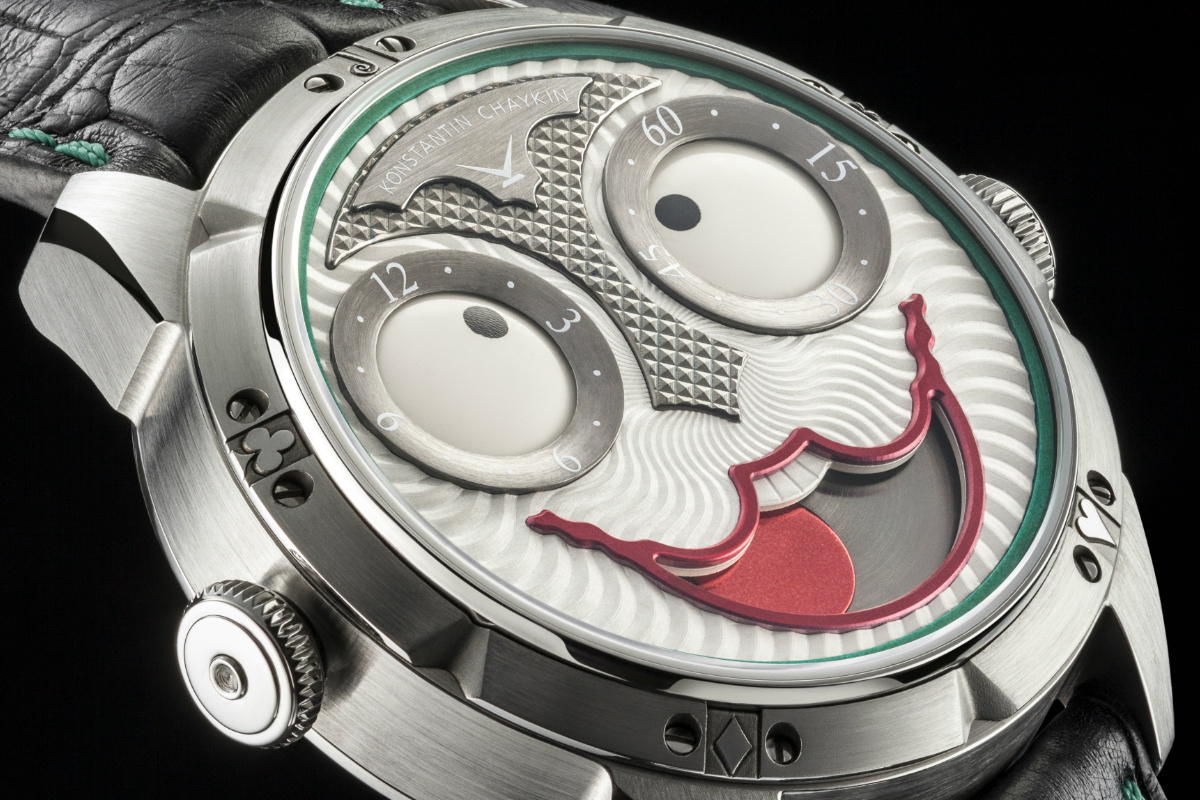 Not because it is the first watch where he uses a Swiss Movement (a modified ETA 2824 ébauche), but because it is impossible to remain emotionless when seeing this watch. Love it or hate it, you can’t ignore it. Having had the pleasure to briefly wear one earlier this year at Baselworld, I can say that it wears very well and I found it a very refreshing watch to see and surely wouldn’t mind (read: would absolutely love) adding one to the collection if that’d be a possibility in the future. Initially limited to 99 models in Steel, there have been more variations released in various metals and different ‘faces’. The strange thing is that, although this is for me ‘the’ Chaykin watch, it is not even listed on their website 🙂  Admittedly, it is far less complicated than all his other creations & innovations. However, I do think that this is, at least for now, his single most important release. Proudly made in Russia.

While you can usually sort of ‘guess’ the general direction a brand is going based on its past releases, it is quite the opposite in this case. Each release, be it a clock or a wristwatch, has been so radically different, the only constant seems to be that each piece embodies the true spirit of innovation. What’s next, only he knows, and we’re all eagerly awaiting the next release.