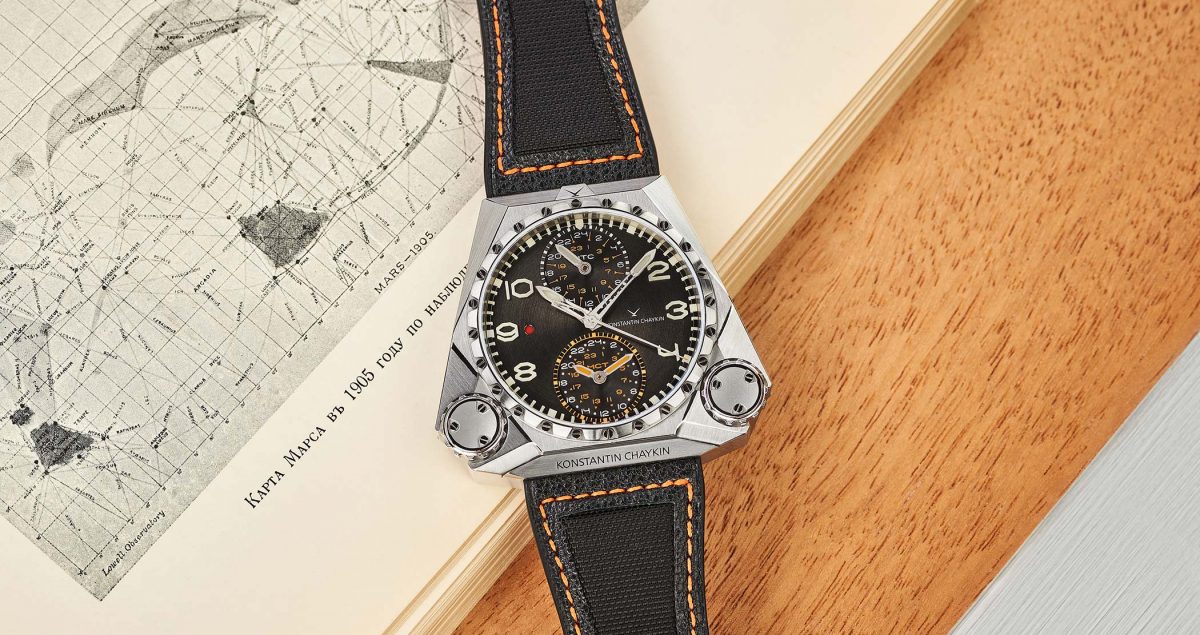 Space fever, and Mars fever, is alive and well. Surely, a watch linked to such exploratory aspirations was bound to get released. And here we are, Konstantin Chaykin unleashes the Mars Conqueror Mk3 Fighter.

‘The source of inspiration for creating this device was the dials of the dashboards of Soviet aircraft, and now in amodernised form it is used in the “Mars Conqueror Mk3 Fighter” watch, where the crown is used to switch betweenthree modes – manual winding of the movement, setting the UTC time zone indicator (with a clockwise rotation) orsetting MCT (with an anticlockwise rotation), and setting local Earth time.’

In order to make these functions more convenient, the indicators operated by the crown are intelligently set on the dial of the “Mars Conqueror Mk3 Fighter”watch, the wheel train for which, with two steel levers, is set directly under the dial at the bottom part of the movement. The terrestrial time is shown by three hands – hours, minutes and seconds – supplemented in this watch by the 24-hour time zone indicator hand, while the Konstantin Chaykin-invented “Martian” wheel movement (Patent RU2685764)provides the precise indication of Martian time with two hands, showing hours and minutes, without requiring anadditional watch movement.

Powering it all is the Eta 2893-2, modified with a functional module entirely created by Konstantin Chaykin. Said module is made up of125 separate parts, each processed and finished by hand.