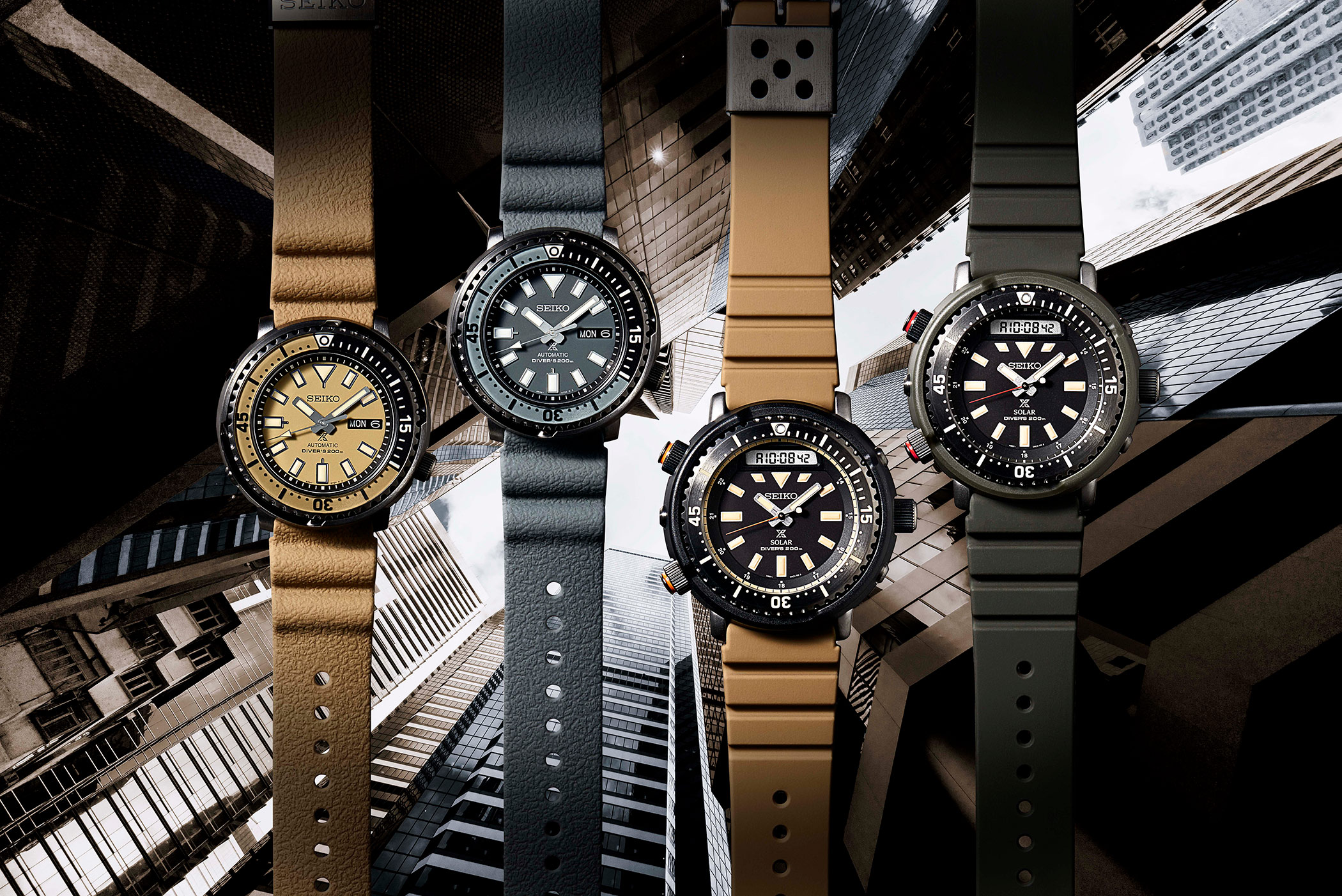 Four new “urban safari” theme watches will be released from the Prospex Street Series, a series that inherits the design essence of the 1975 Professional Diver’s nicknamed “Tuna”. Two Tuna style additions and two Arnie style additions to be exact. Due to the influence of COVID-19, the timing of new product releases is a bit uncertain as Seiko communicated previously, but this school of Tuna is confirmed to be coming to you shortly.

As per Seiko, the new ‘Street’ series echoes the design of one of Seiko’s innovative professional diver’s watches, the world’s first diver’s watch with a titanium case, but it’s executed in a modern style, with a reinforced case, lightweight yet robust, to be perfectly matched with daily or town use. Using reinforced silicon bands that can withstand harsh operating environments, they are tailored in three fascinating colors. Most noticeable would be the three dimensional bezel and case re design. Aluminum material is used to express a more edgy shape.

You can split the four watches up in two groups essentially. The Tunas and the Arnies. The former being the SRPE29 and SRPE31 and the latter the SNJ029 and SNJ031.

The  SRPE29 and SRPE31 feature the tried and tested 4R36 movement, the average 40 hour power reserve and size in at about 43mm diameter and are a hair under 13mm thick.

The steel cases are coated, and not coloured through and through. The blue dial stands in stark contrast to the khaki dial.

In the Arnie camp the watches get big, really big. And really loud too with the addition of the red pushers. Both the SNJ029 and SNJ031 feature the caliber H851. As you will see, this adds digital features to the mix.

As the wristshot above and below will surely clarify, these things are pretty massive. If you have a smaller wrist, and even if you have a medium sized wrist, try before you buy would be my healthy recommendation.

No way to spin this without blushing: these don’t wear small in any way, these are just big and not as easy to pull-off as the smaller Tunas mentioned above.