It’s that time of the year again, Christie’s ONLY WATCH auction is coming up soon. There are many entries for the Only Watch Charity auction from Christie’s with the proceeds donated to treat Duchenne’s Myopathy.

While there are many interesting and incredible watches submitted. This one really caught my eye, and I mean literally! It’s from the brand that we have seen, the man that we have interview, the only and only brand that produces the Joker watch, Konstantin Chaykin! 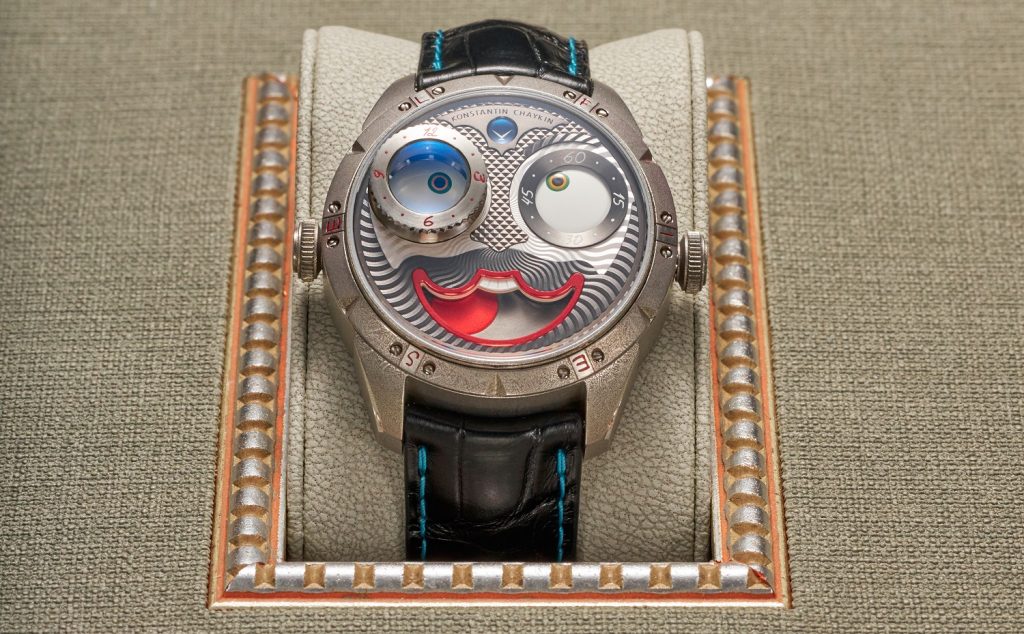 Back in 2017, the brand also participated and created a unique Only Watch for the auction with a case made of zirconium. This year, the brand has made another special one off for the auction, The Joker Selfie! No, not your typical selfie but selfie of the Joker face. Rising to the challenge, instead of the typical hour markers at the left sub dial, we have a raised sapphire magnifying crystal that mimics the shape of a watchmaker’s loupe and the hour markers will change, based on whether the watch is upright or horizontal. 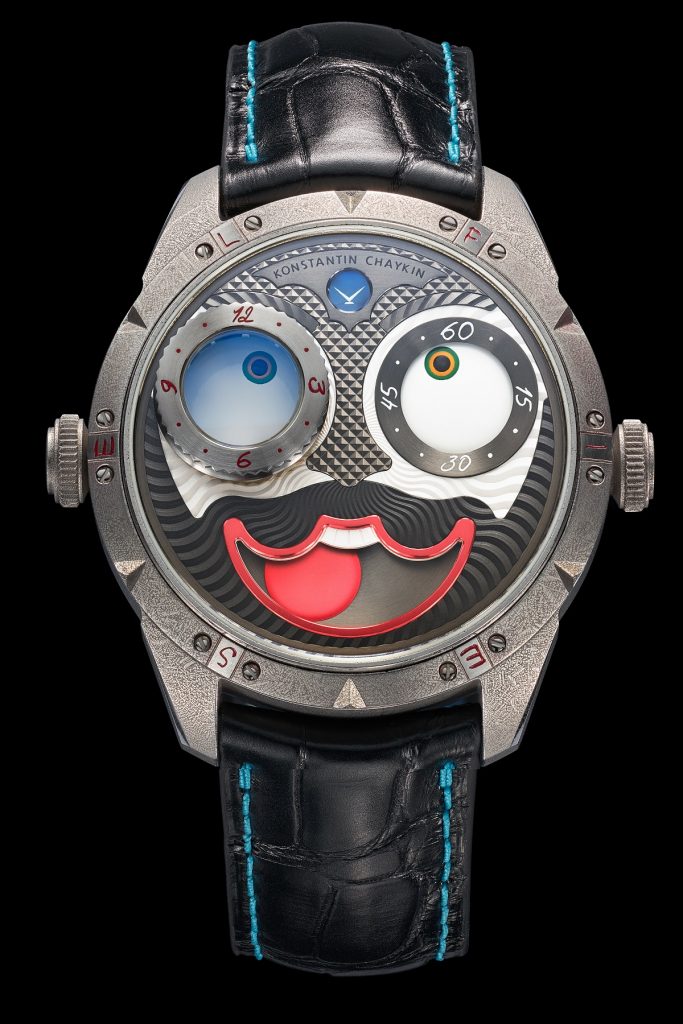 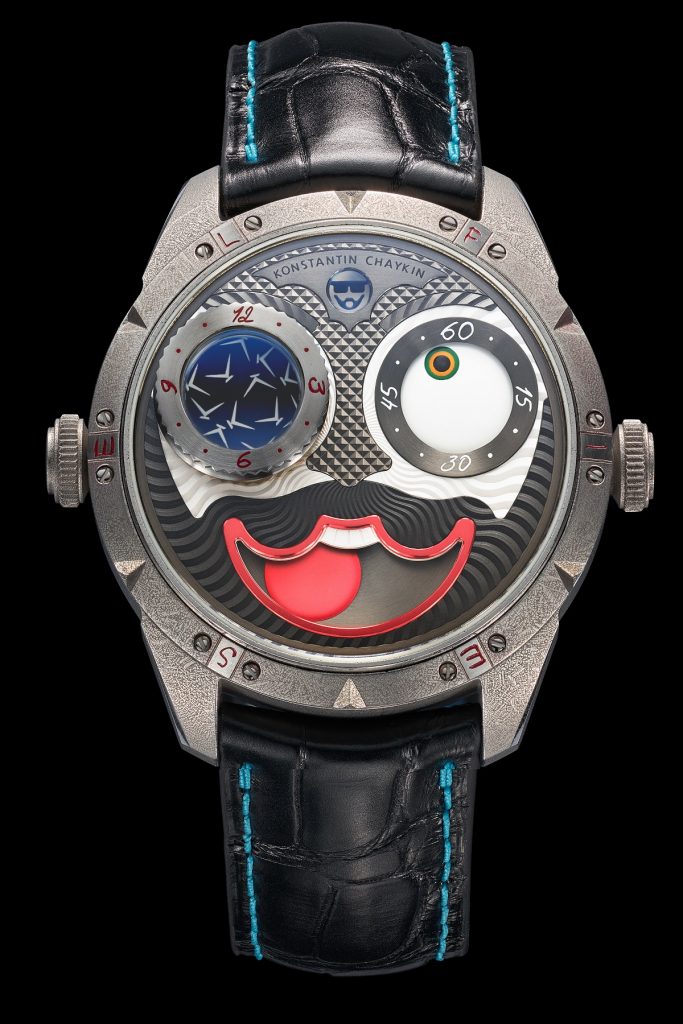 Turning the case over, you can see the nicely decorated movement of the Joker watch. It is theTschistopolsky factory caliberCaliber The caliber ('movement') is the heart and engine of a watch. It consists of a number of interconnected components that work together. Energy is transmitted through the gear train, to the escapement mechanism. The escapement mechanism releases this energy in a controlled manner. This drives the gear train, which ultimately rotates the hands of the watch and keeps time. [More Info] 2809. However, this has been highly decorated with perlagePerlage Perlage is a decorative technique used in the finishing of mechanical watch movements. It is a type of circular graining that involves making small, circular marks on the surface of various movement components, such as the main plate, bridges, and gears, using a specialized tool. The marks are arranged in a uniform pattern and are typically very small and closely spaced. This technique is used to enhance the aesthetic of the movement and it also helps to protect the movement from dust, dirt, and other debris. [Learn More], and beveling of the movement and the wheels.

In addition, it has been modified to make the hour marker change with different faces and the days of the week using joker face emojis. Look closely at the wheels, you can see that there is a little smiley joker! When fully wound, the watch has 46 hours of power reserveRéserve de marche Also known as Power Reserve. A watch's power reserve refers to the amount of time a mechanical watch can run without being wound. The power reserve of a mechanical watch can vary depending on the size of the mainspring, the efficiency of the gear train, and the rate at which the mainspring releases energy. If a watch has a Power Reserve 'complication' it simply means that the status of the power reserve can be seen on the watch itself (either on the dial or movement side of the watch). [Learn More]. 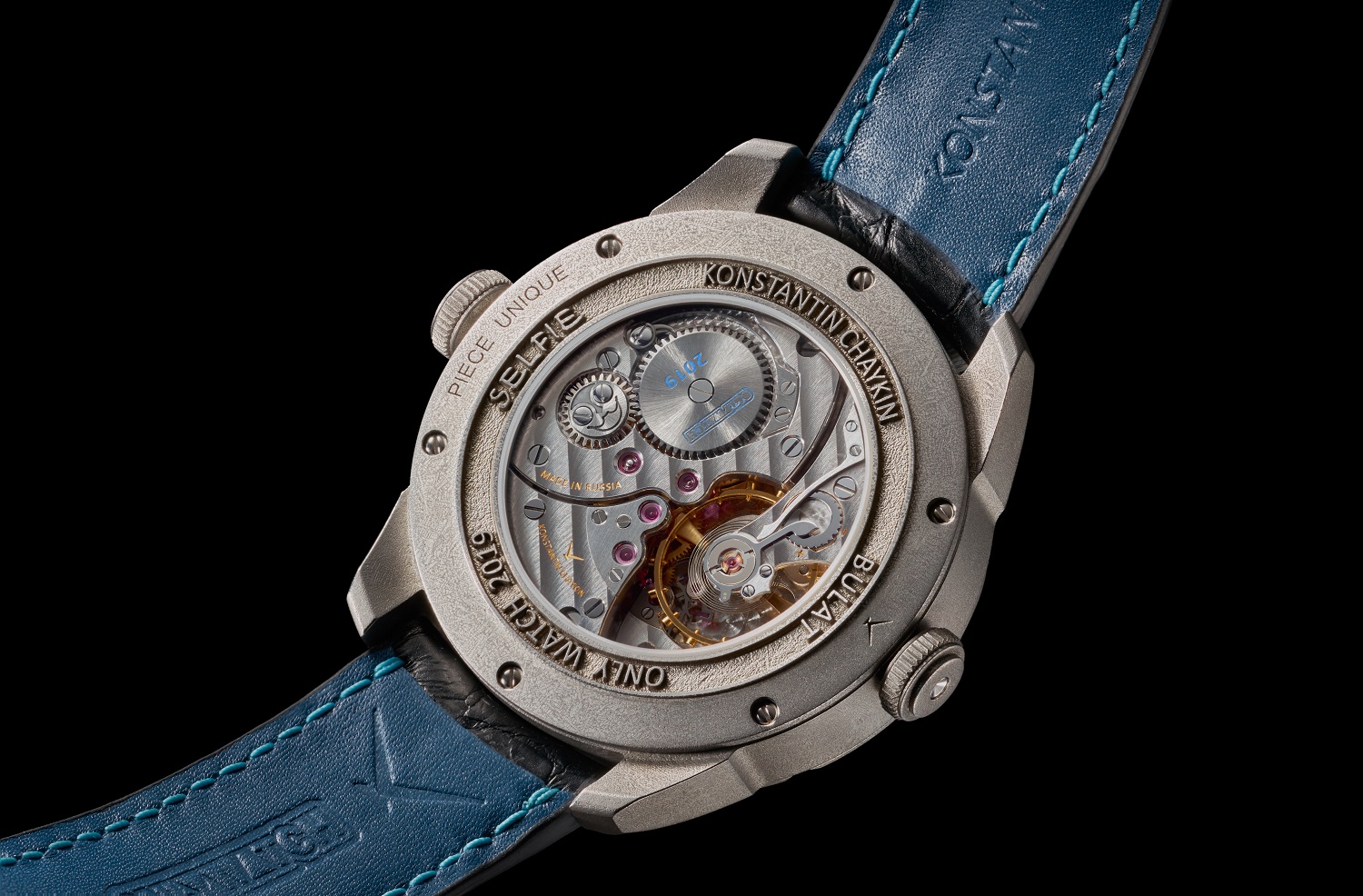 The case is made from Bulat steel, which I was told is not an easy metal to work with. Given all the modifications, the watch has a 42mm diameter and a hefty height of 14.75mm. However, one does not buy this piece for it to slip underneath the shirt cuffs. 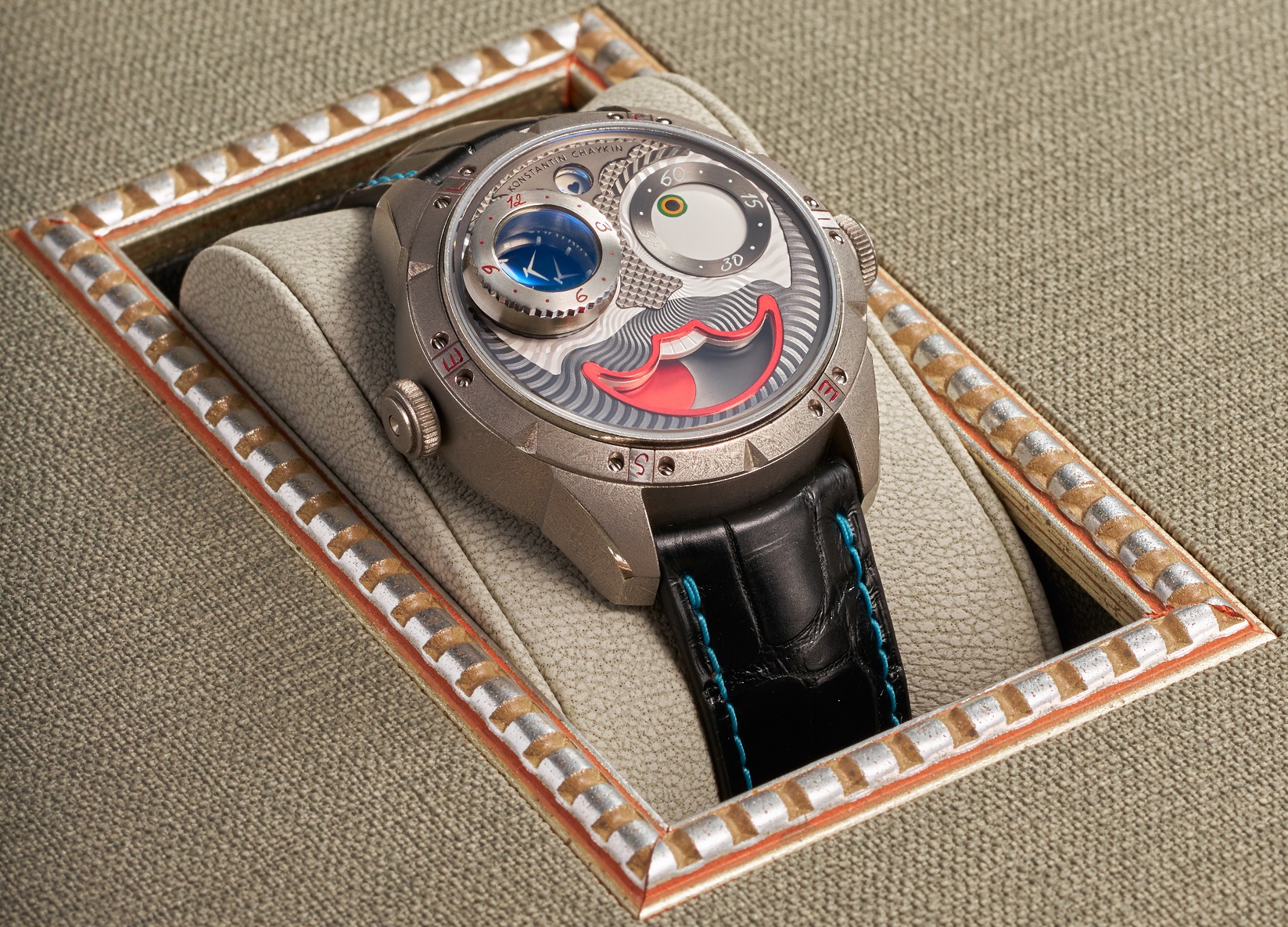 This watch is a statement piece meant to be seen and showcased.

Donations never looked this fun before 🙂