A few weeks back, Swatch Group held an event to unveil new watches for 2019. Amongst them, the Blancpain Air Command caught my eye. A bit of a background of the watch’s origin, back in the 1950s, the French Ministry of Defense wanted an accurate chronographChronograph A chronograph complication is a feature in a watch that allows the wearer to measure elapsed time in addition to telling the time. It works by having a separate set of gears and levers, called the chronograph mechanism, which is activated by pressing a button or a pusher. The chronograph mechanism starts and stops the chronograph's second hand, which is usually located on the watch's dial, separate from the regular watch hands. The elapsed time is usually displayed on a sub-dial or a register on the watch's dial. [Learn More] with black dial and luminous hour markers for ease to read. The movement must also contain a flybackFlyback A flyback function on a chronograph watch, allows the user to reset the chronograph back to zero and start timing again with a single button press (no need to first stop the watch). [Learn More] function with running seconds hand.

A few years later, Blancpain developed the original AIr Command for the US Air Force with these specifications after it has won over the US Navy with the Fifty Fathoms dive watch. 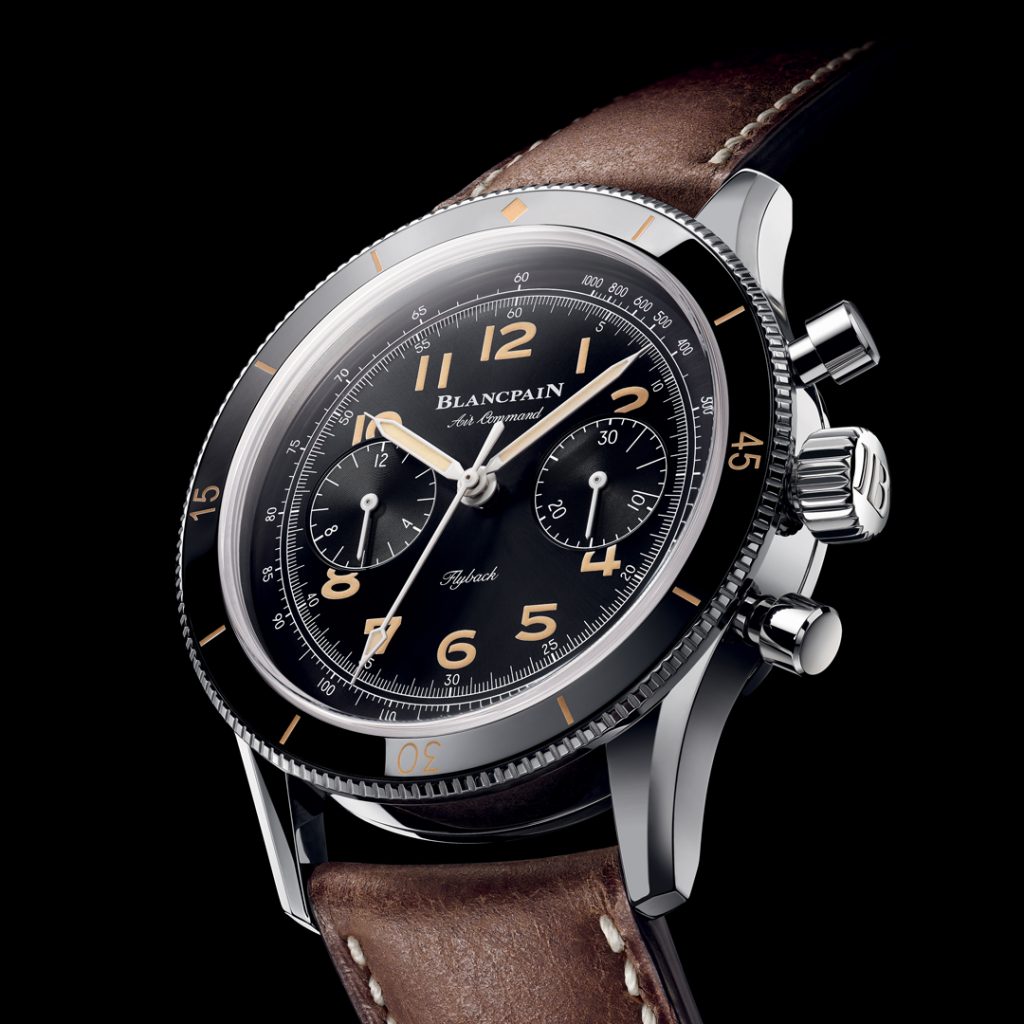 Now, instead of looking in the vintage market for these chronographs, Blancpain has released a modern reissue that stays true to the original with an updated movement and case size. The 2019 edition has an updated case size of 42.5mm while staying relatively thin at 13.77mm tall.

The watch has a sapphire crystal in the front and also the back, so you can see the beautiful F388B movement with its propeller rotor that shows much of the movement, including the beveled edges and the column wheel. In addition, the movement runs at a hi beat rate of 5Hz and the chronograph hand also runs at the same hight beat rate for higher accuracy timing! Similar to the original watch, the chronograph also has a flyback function with a duo register that is legible. 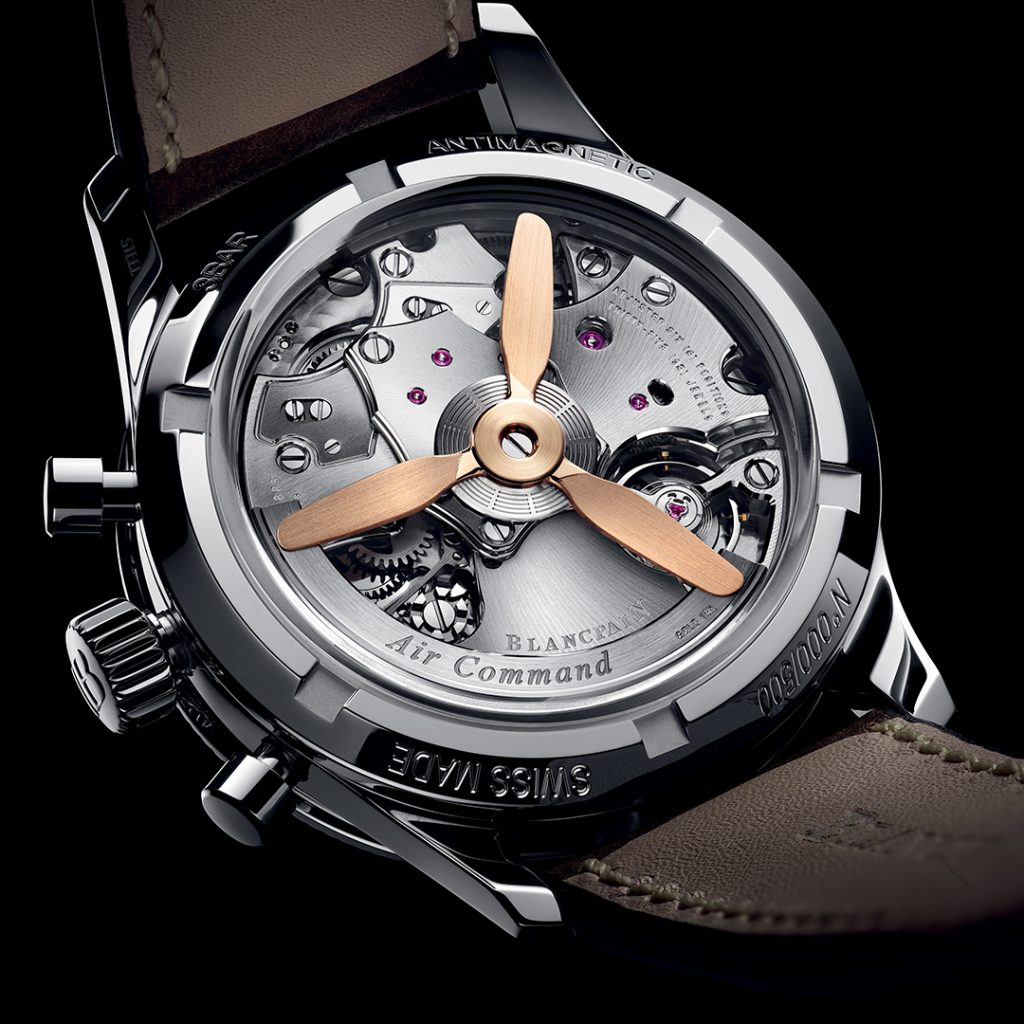 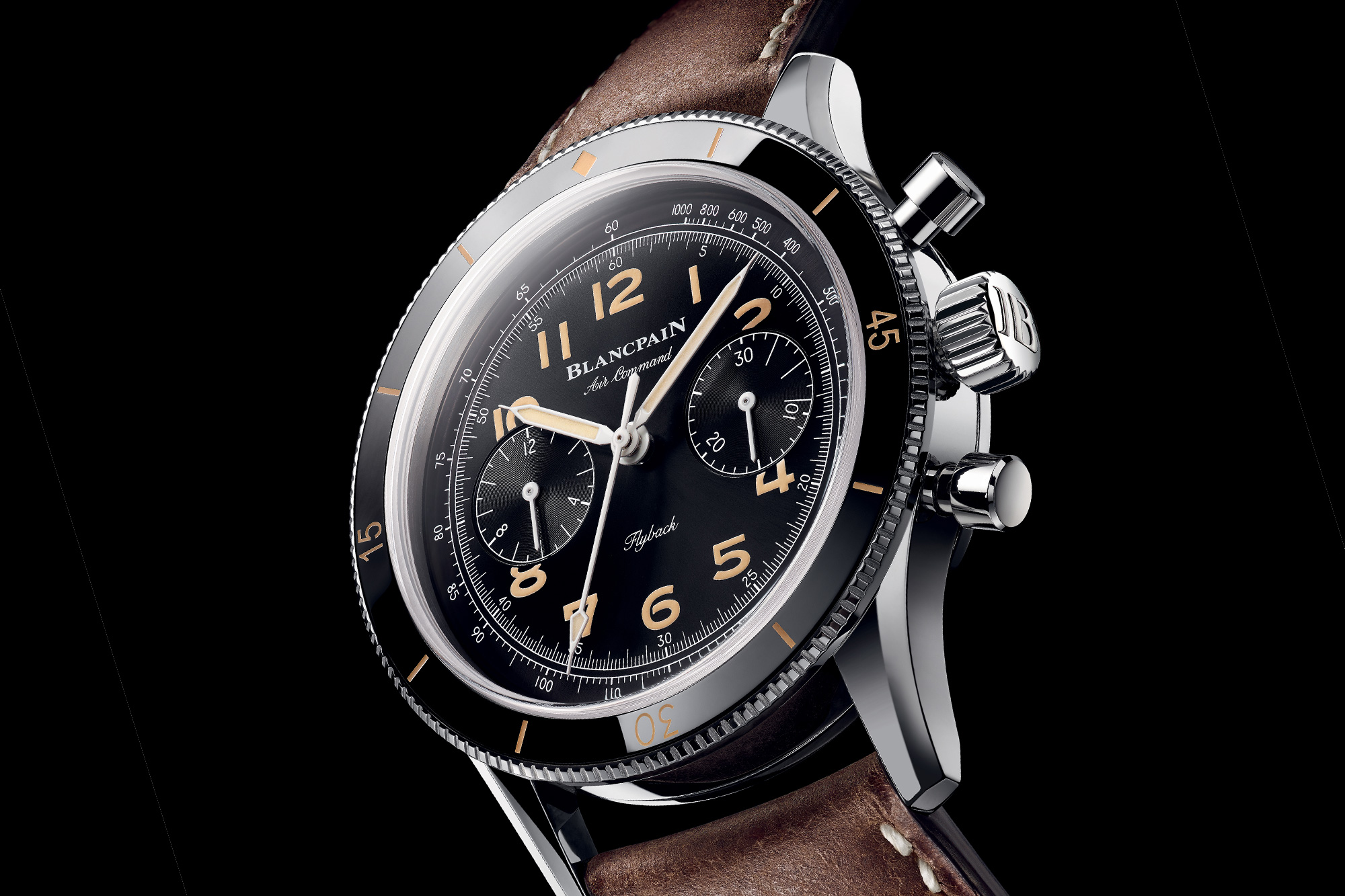 With all the specifications that comes with the watch, it come at a price of 18,500 CHF and is limited to 500 pieces.